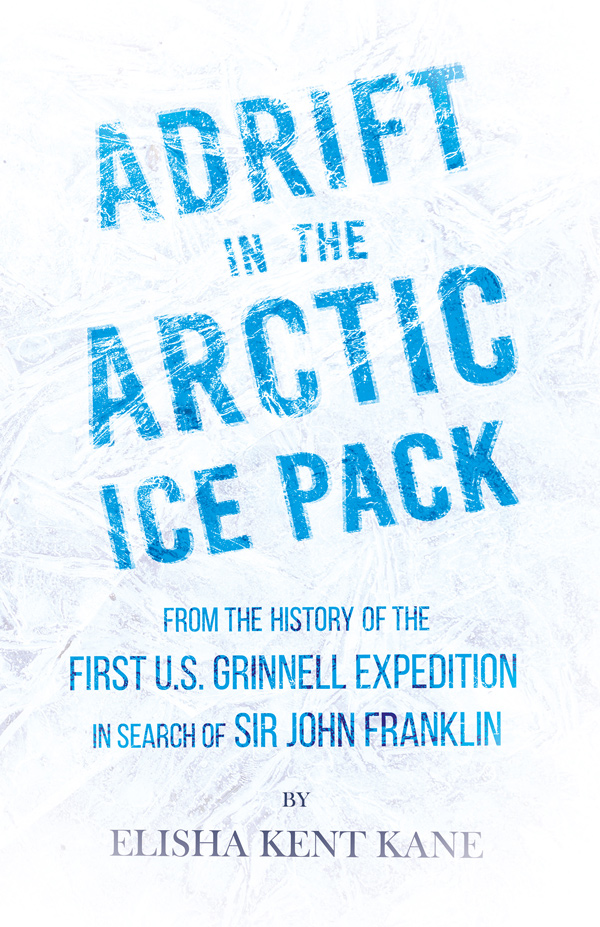 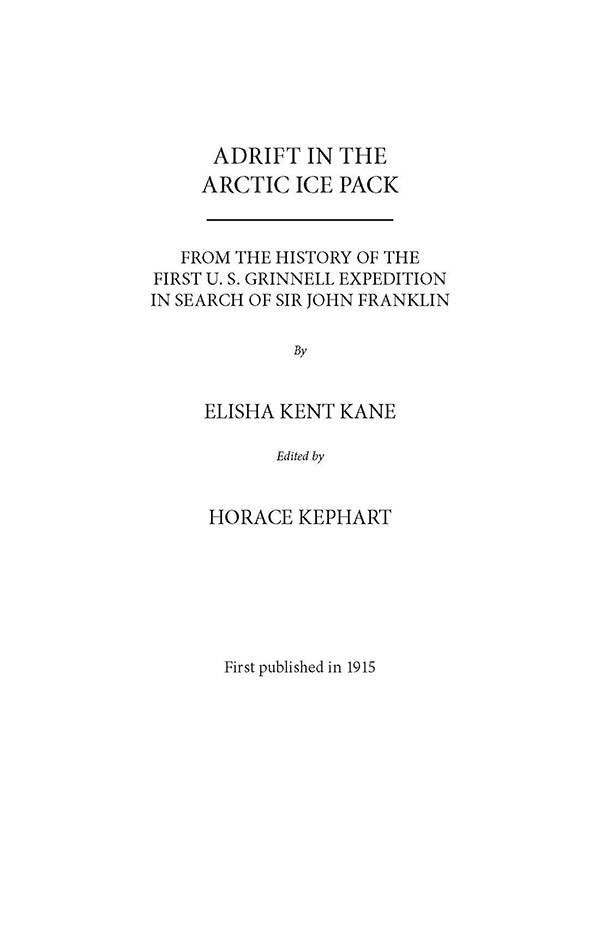 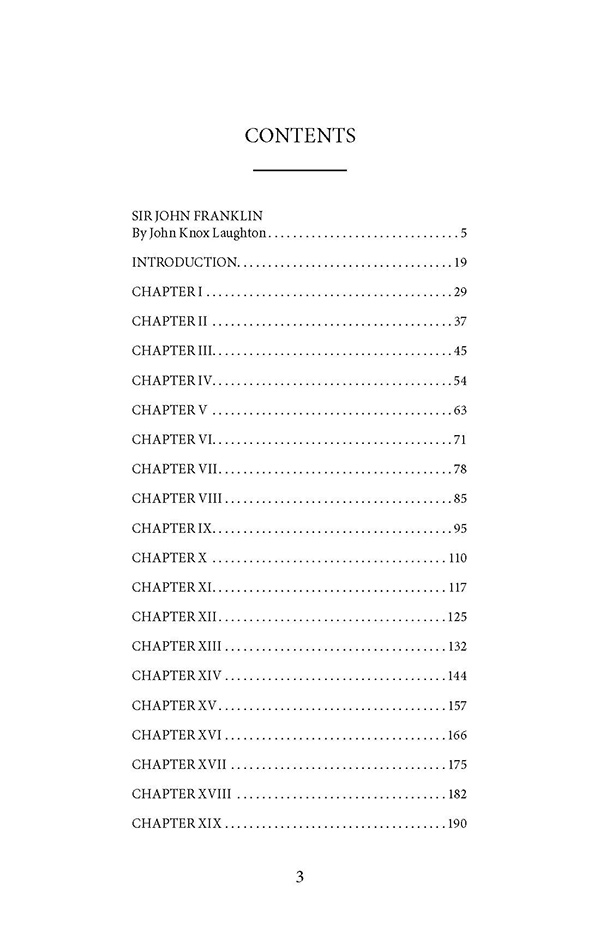 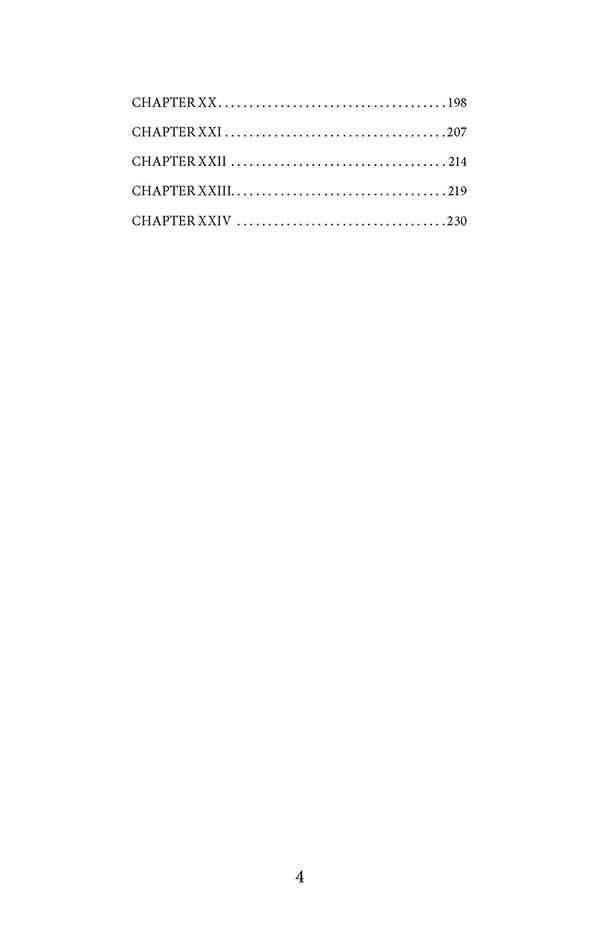 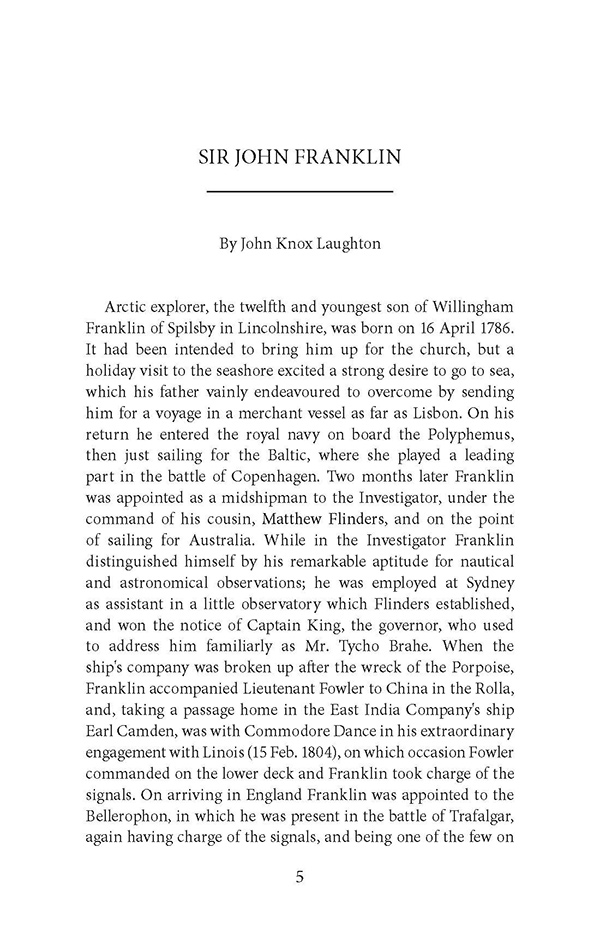 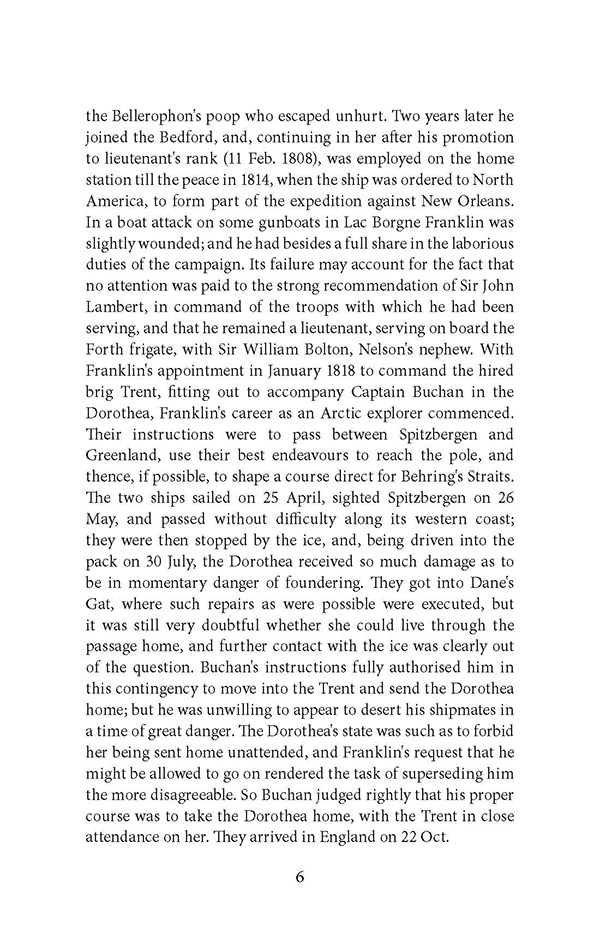 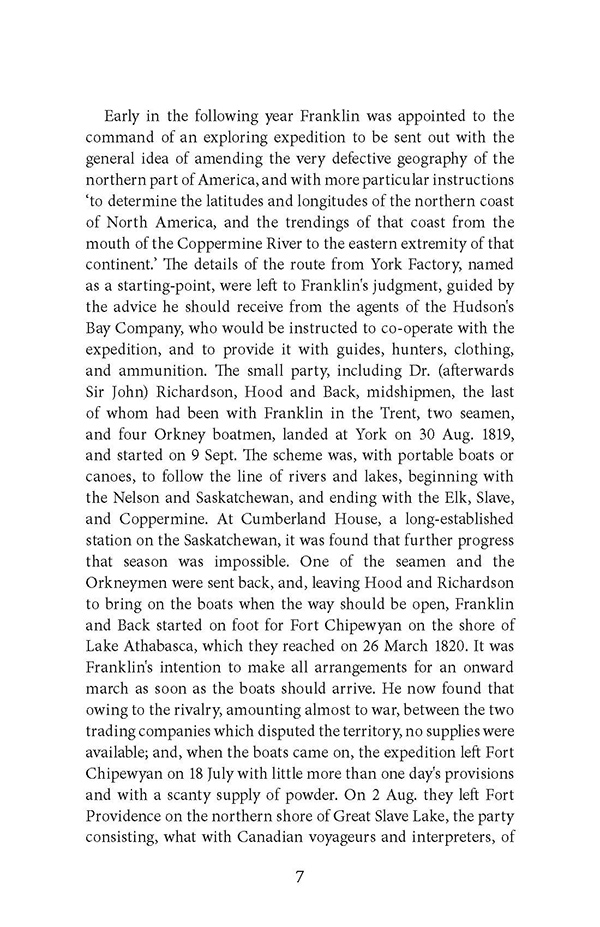 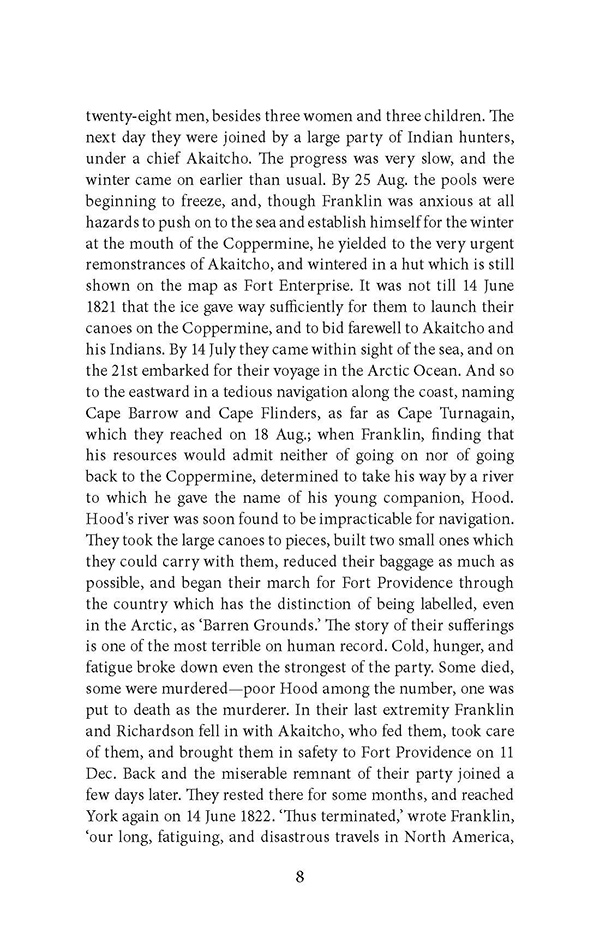 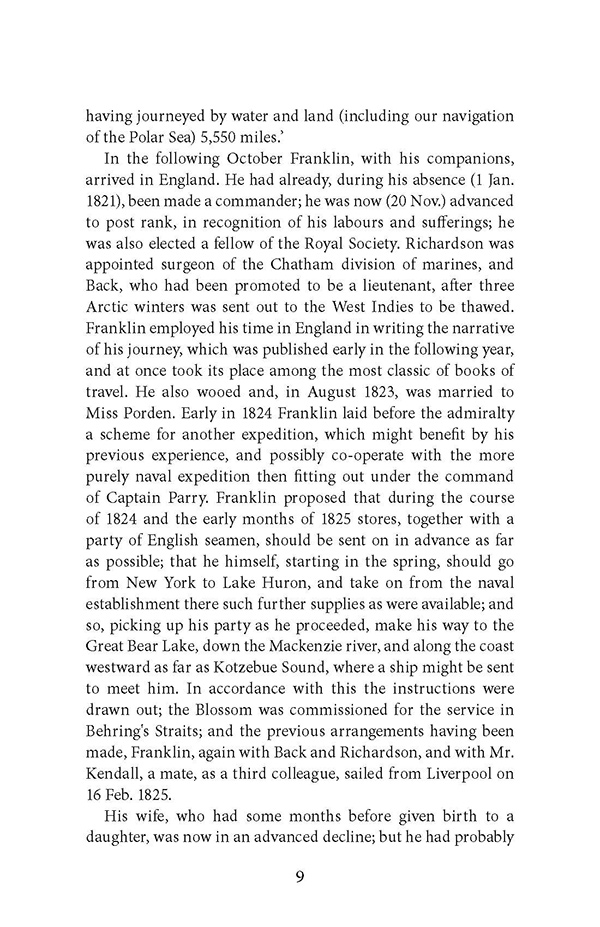 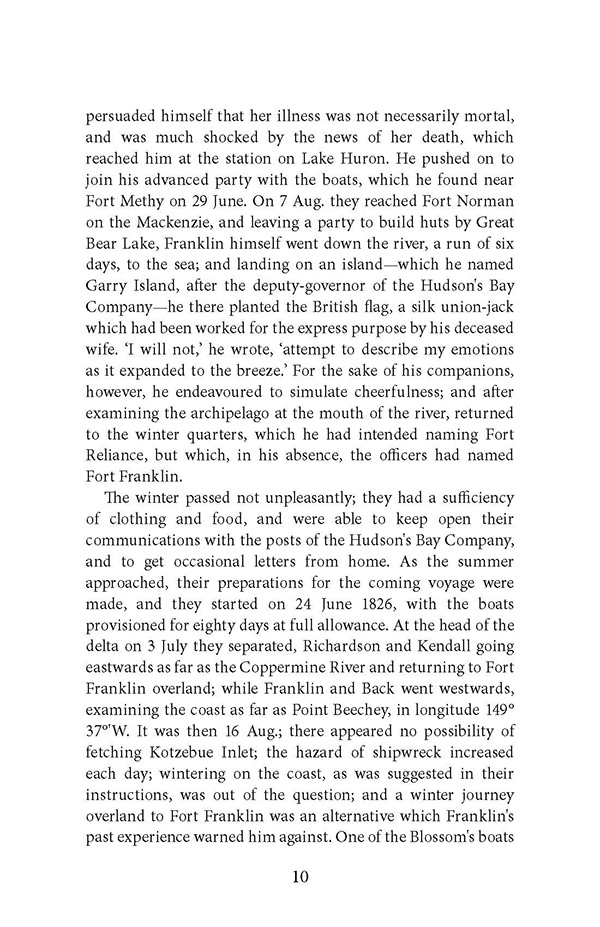 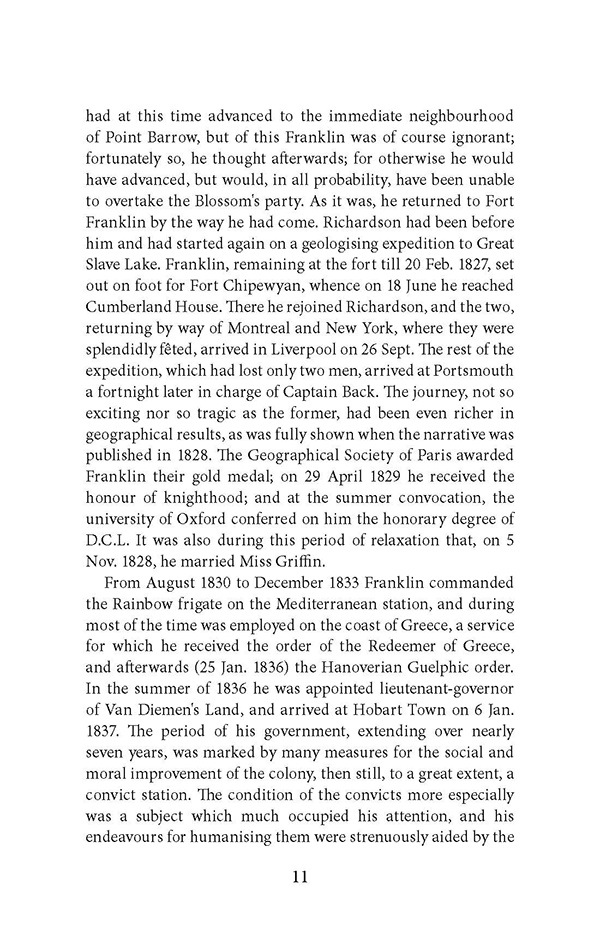 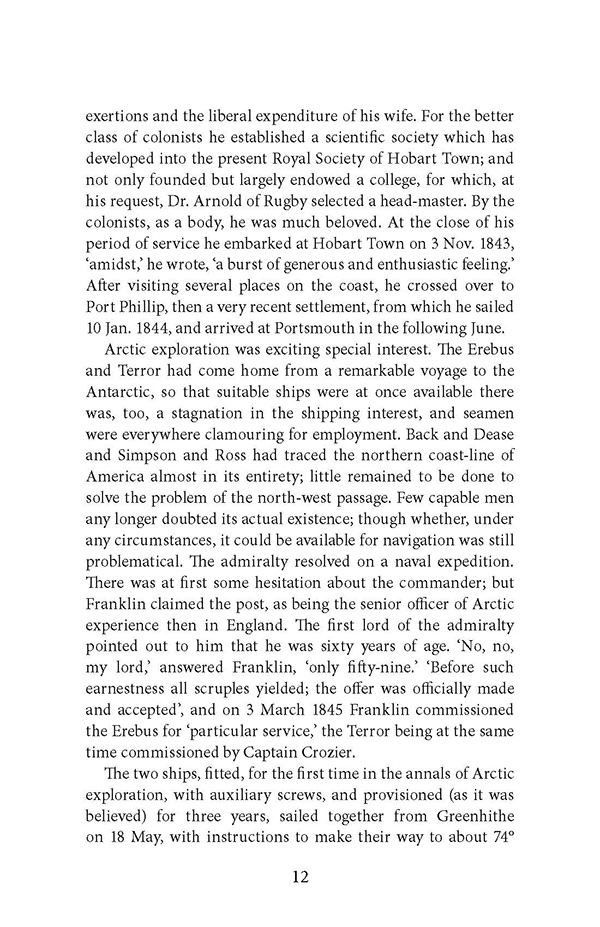 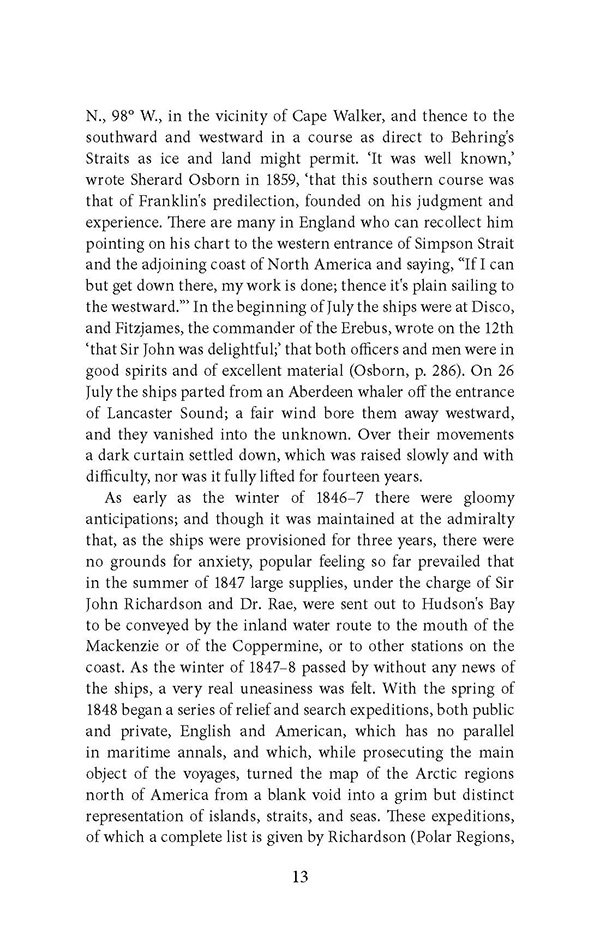 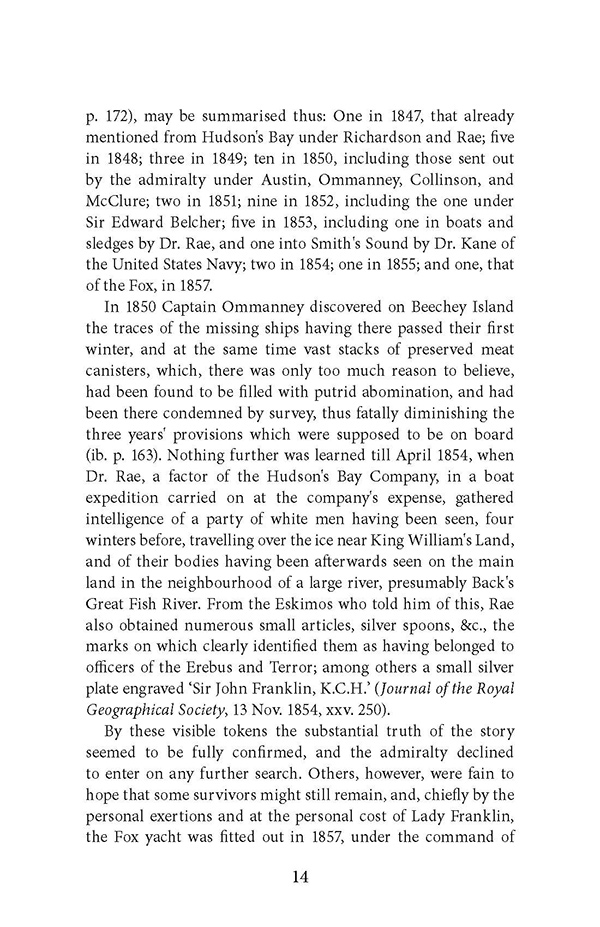 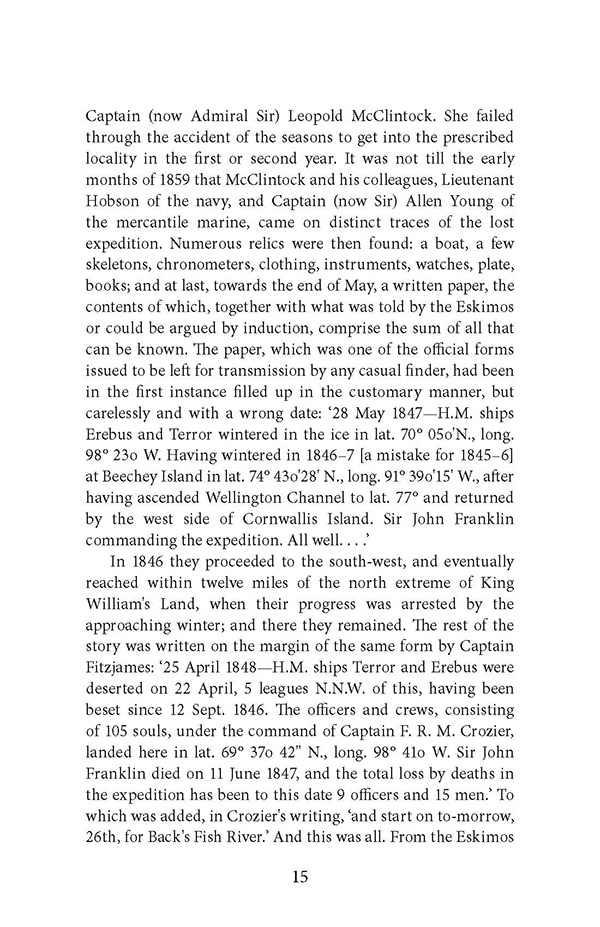 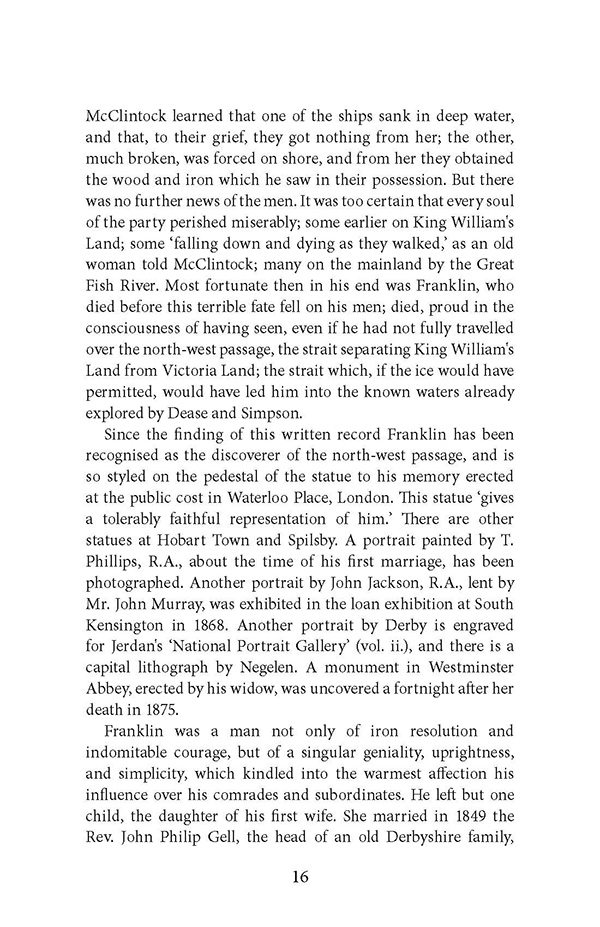 From the History of the First U.S. Grinnell Expedition in Search of Sir John Franklin

Kane’s personal account of his courageous but ill-fated rescue mission, detailing the perilous conditions they had to endure and how they were able to survive against all odds in the Arctic wasteland.

In 1845, British Royal Navy officer and Arctic explorer Sir John Franklin (1786–1847) embarked on his third and final expedition into the Canadian Arctic to force the Northwest Passage. After two years with no word, a £20,000 reward was offered to anyone who could find the expedition, leading to many rescue attempts. Two such attempts were undertaken by Elisha Kent Kane (1820–1857), American explorer and United States Navy medical officer. Despite contracting scurvy and suffering greatly during his 1853 attempt, he continued on and went further north than any other explorer had managed. Kane was eventually forced to relinquish the icebound brig “Advance” on May 20, 1855 and spent the next 83 days marching to Upernavik carrying the invalids—losing but one man on the perilous journey. “Adrift in the Arctic Ice Pack” contains Kane’s personal account of his courageous but ill-fated rescue mission, detailing the perilous conditions they had to endure and how they were able to survive against all odds in the Arctic wasteland. Highly recommended for those with an interest in Arctic exploration and history in general. Read & Co. History is republishing this classic memoir now in a brand new edition complete with an introductory biography by John Knox Laughton.

An American scientist and explorer. He was born in Philadelphia on the 20th of February 1820, the son of the jurist John Kintzing Kane (1795–1858), a friend and supporter of Andrew Jackson, attorney-general of Pennsylvania in 1845–1846, U.S. judge of the Eastern District of Pennsylvania after 1846, and president of the American Philosophical Society in 1856–1858.

Young Kane entered the university of Virginia and obtained the degree of M.D. in 1842, and in the following year entered the U.S. navy as surgeon. He had already acquired a considerable reputation in physiological research. The ship to which he was appointed was ordered to China, and he found opportunities during the voyage for indulging his passion for exploration, making a journey from Rio de Janeiro to the base of the Andes, and another from Bombay through India to Ceylon. On the arrival of the ship at its destination he provided a substitute for his post and crossed over to the island of Luzon, which he explored. In 1844 he left China, and, returning by India, Persia, Syria, Egypt, Greece, Austria, Germany and Switzerland, reached America in 1846. In that year he was ordered to the west coast of Africa, where he visited Dahomey, and contracted fever, which told severely on his constitution. On his return in 1847, he exchanged the naval for the military service, and was sent to join the U.S. army in Mexico, where he had some extraordinary adventures, and where he was again stricken with fever.

On the fitting out of the first Grinnell expedition, in 1850, to search for Sir John Franklin, Kane was appointed surgeon and naturalist under Lieut. de Haven, who commanded the ships “Advance” and “Rescue.” The expedition, after an absence of sixteen months, during nine of which the ships were ice-bound, returned without having found any trace of the missing vessels. Kane was in feeble health, but worked on at his narrative of the expedition, which was published in 1854, under the title of The U.S. Grinnell Expedition in Search of Sir John Franklin. He was determined not to give up the search for Franklin, and in spite of ill-health travelled through the States lecturing to obtain funds, and gave up his pay for twenty months. At length Henry Grinnell fitted out an expedition, in the little brig “Advance,” of which Kane was given the command. She sailed in June 1853, and passing up Smith Sound at the head of Baffin Bay advanced into the enclosed sea which now bears the name of Kane Basin, thus establishing the Polar route of many future Arctic expeditions. Here, off the coast of Greenland, the expedition passed two winters, accomplishing much useful geographical, as well as scientific, work, including the attainment of what was to remain for sixteen years the highest northern latitude, 80° 35′ N. (June 1854). From this point a large area of open water was seen which was believed to be an “open Polar Sea,” a chimera which played an important and delusive rôle in subsequent explorations. After enduring the greatest hardships it was resolved to abandon the ship, Upernivik being reached on the 5th of August 1855, whence a relief expedition brought the explorers home. Medals were authorized by Congress, and in the following year Dr Kane received the founder’s medal of the Royal Geographical Society, and, two years later, a gold medal from the Paris Geographical Society. He published The Second Grinnell Expedition in 1856.

Dr Kane died at Havana on the 16th of February 1857, at the age of thirty-seven. Between his first and second arctic voyages he made the acquaintance of the Fox family, the spiritualists. With one of the daughters, Margaret, he carried on a long correspondence, which was afterwards published by the lady, who declared that they were privately married.

A biography from 1911, Encyclopædia Britannica, Volume 15

Narrative of a Journey to the Shores of the Polar Sea