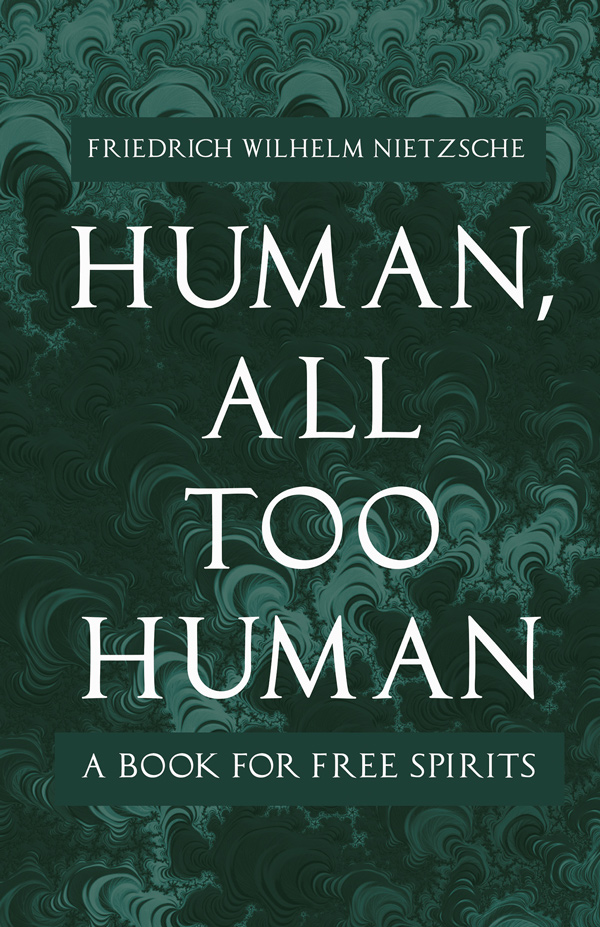 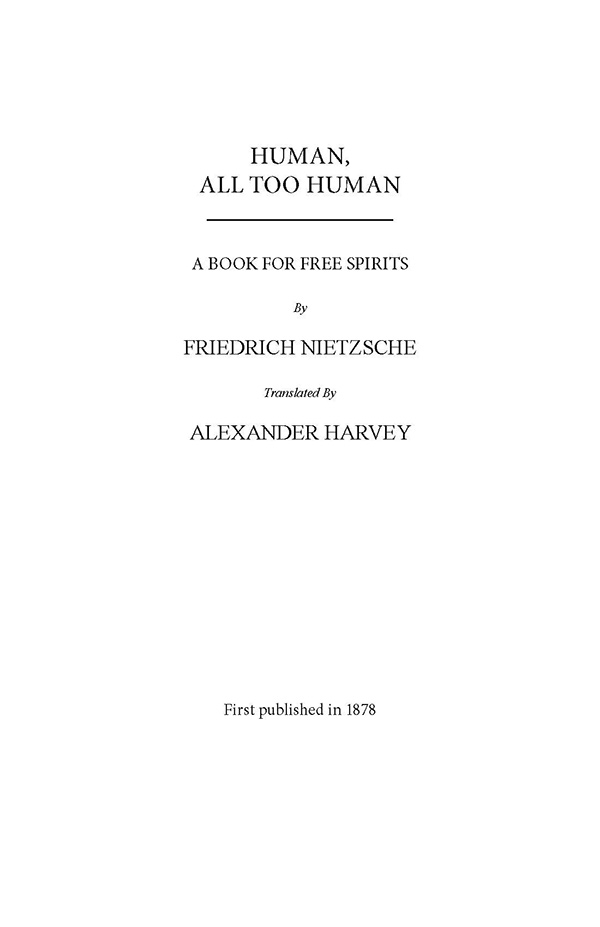 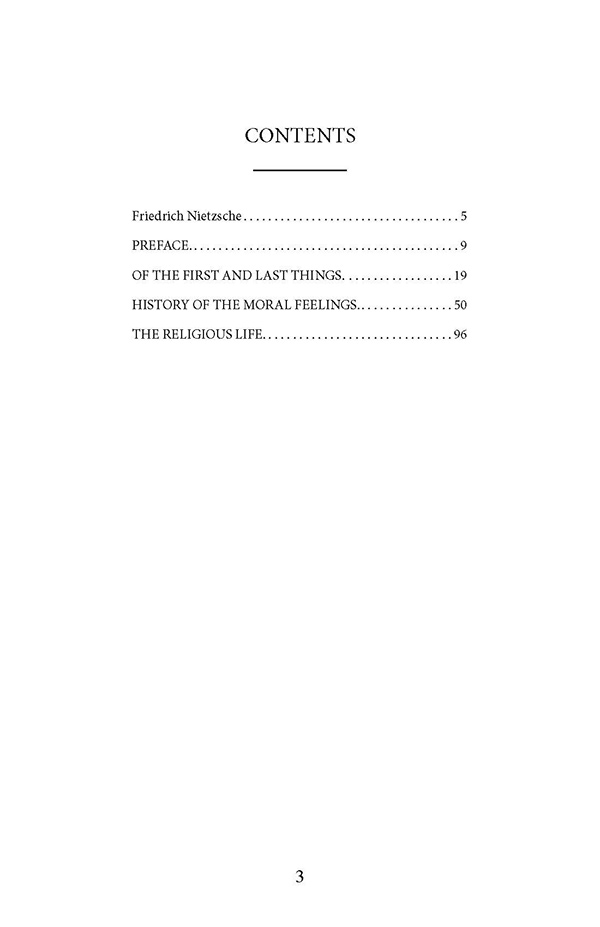 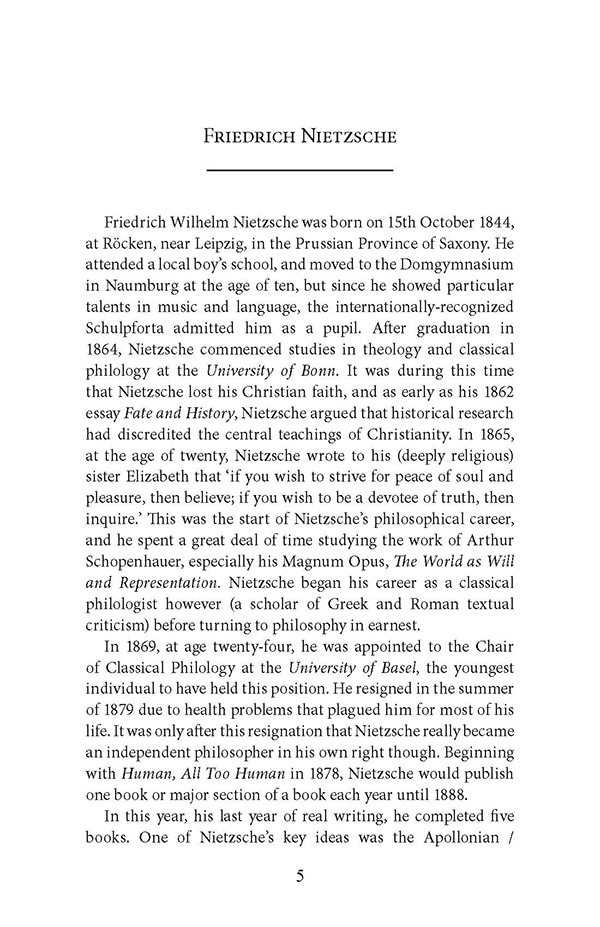 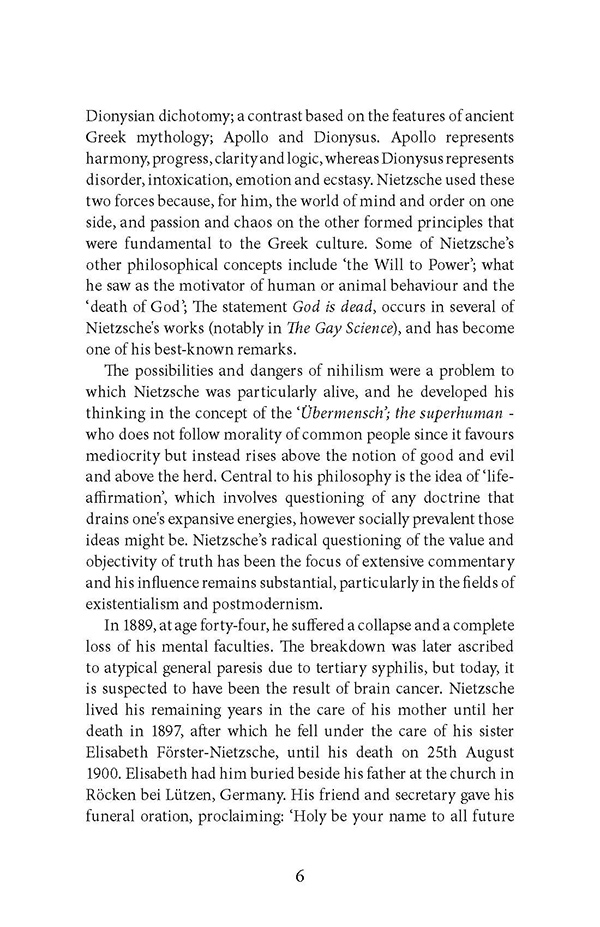 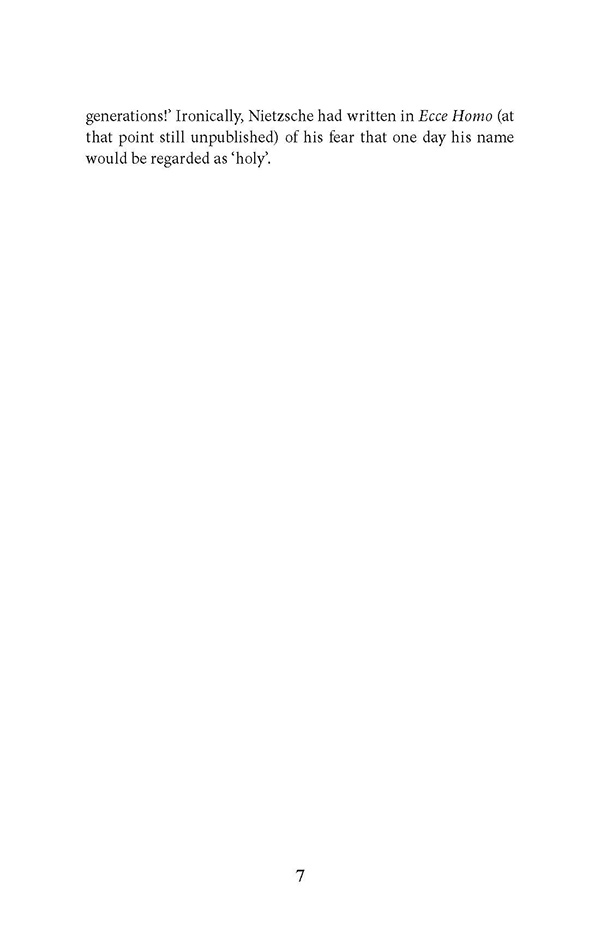 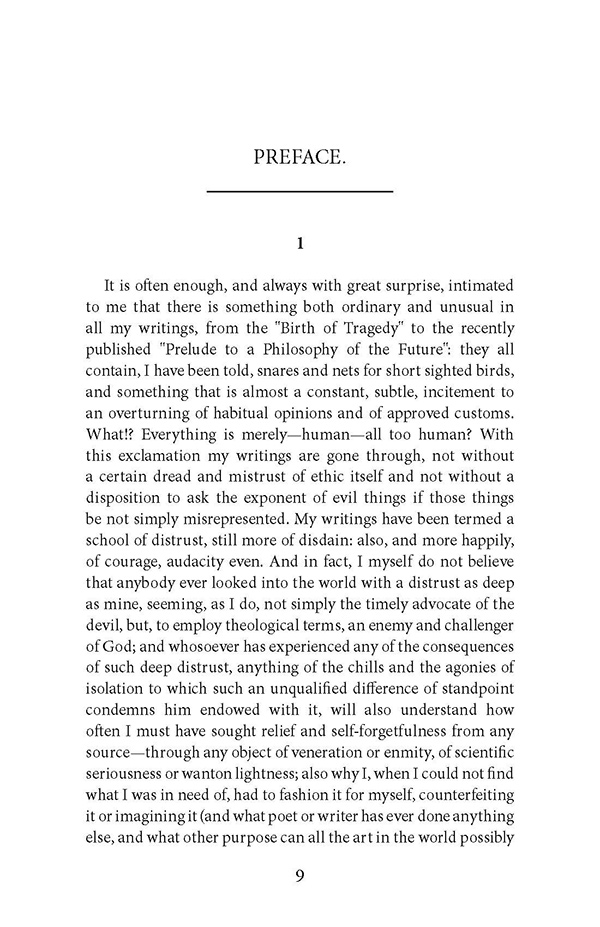 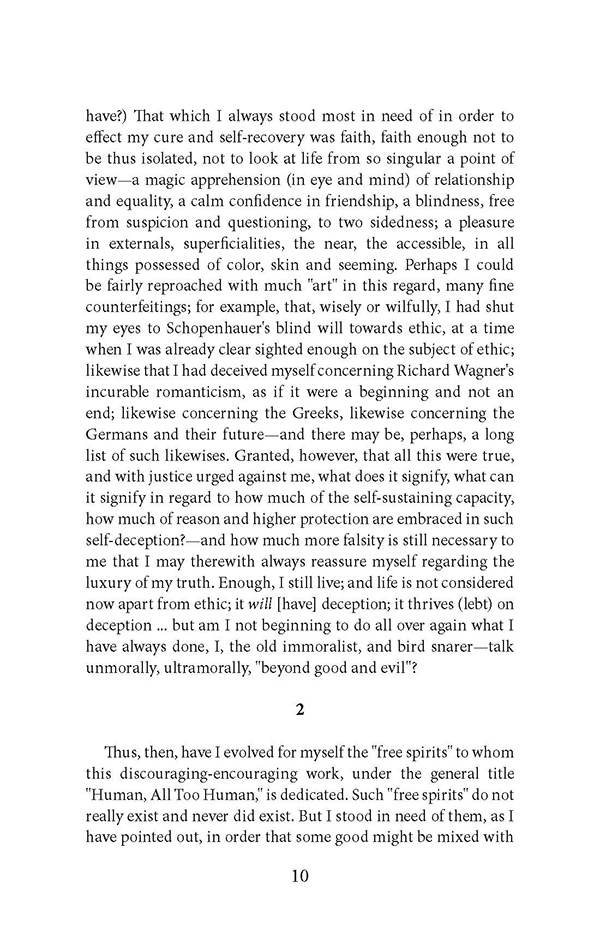 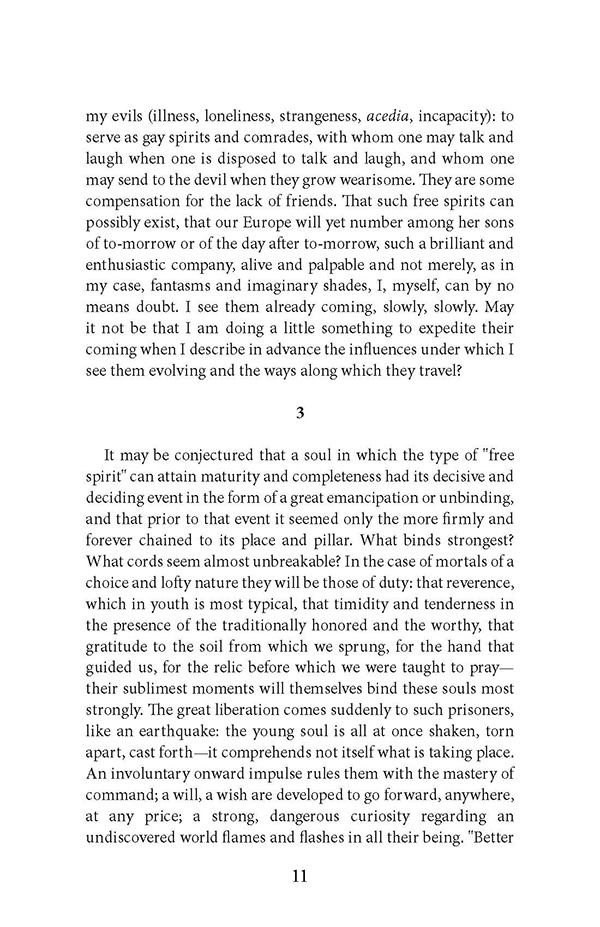 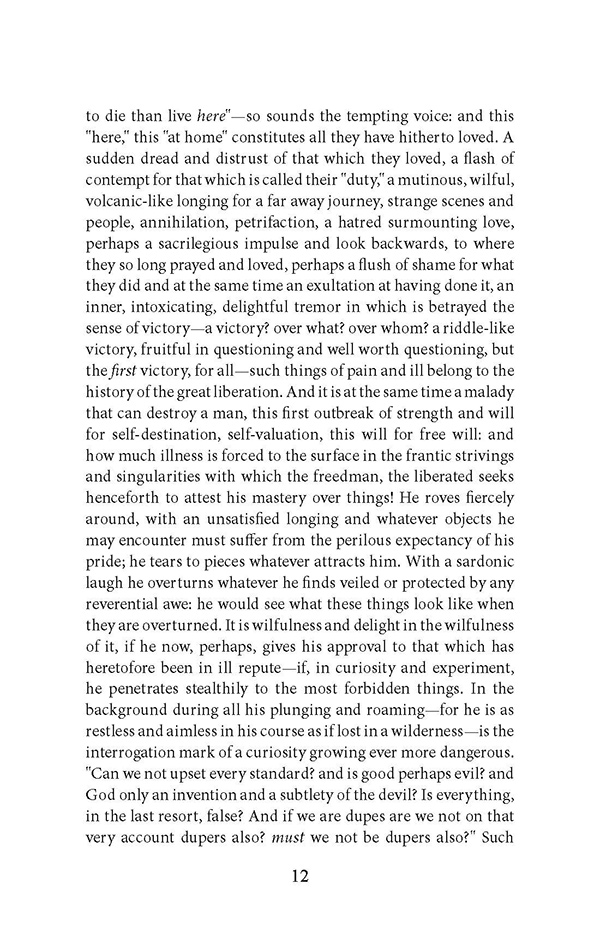 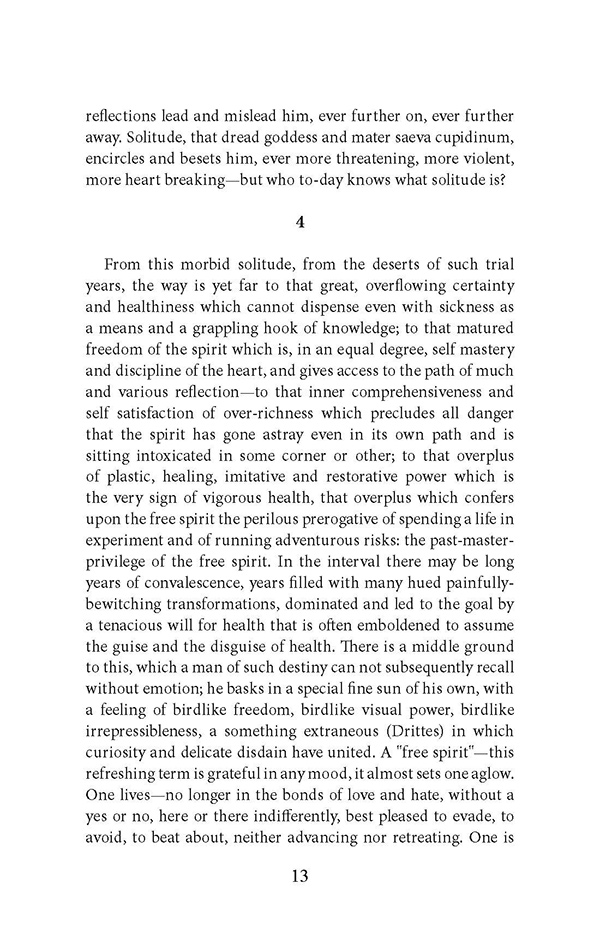 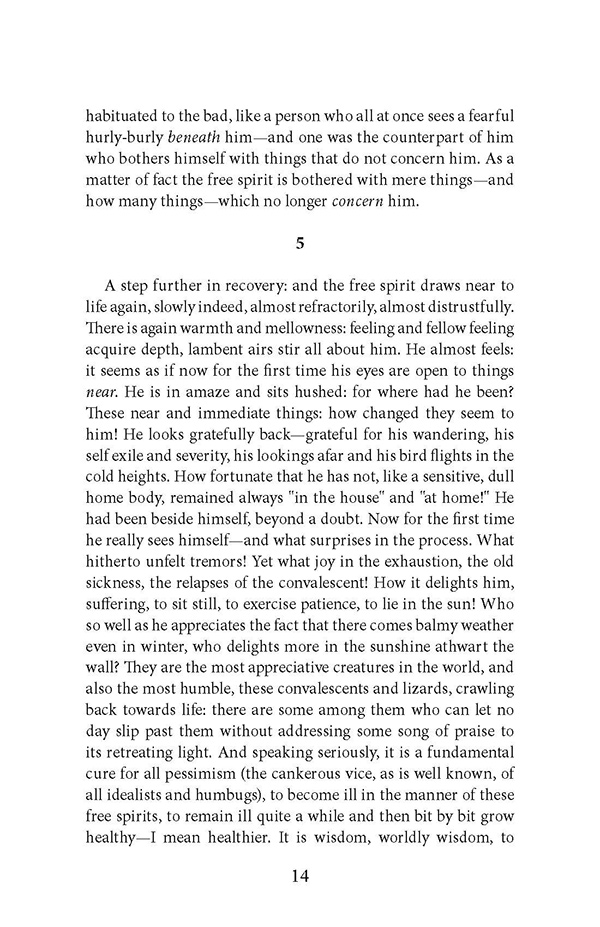 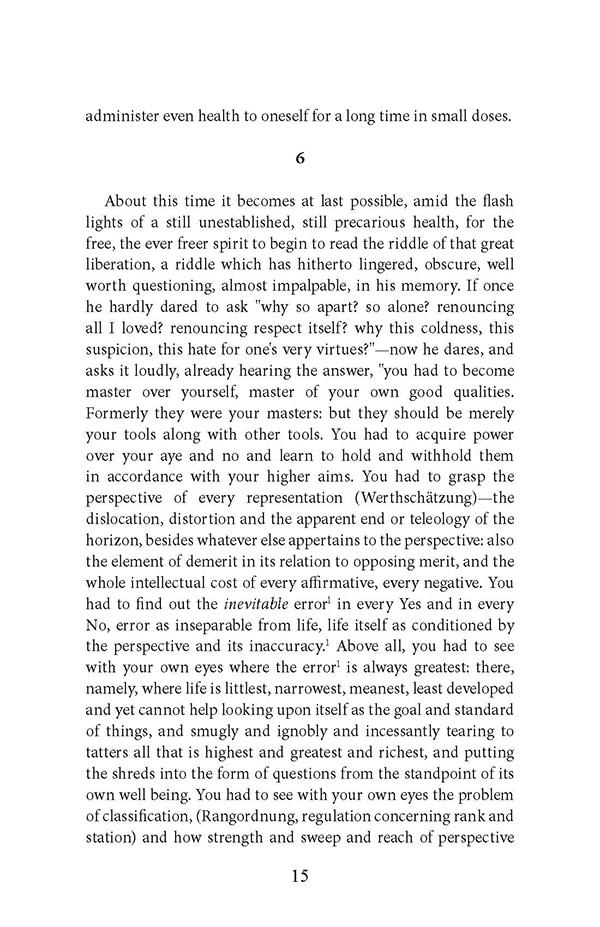 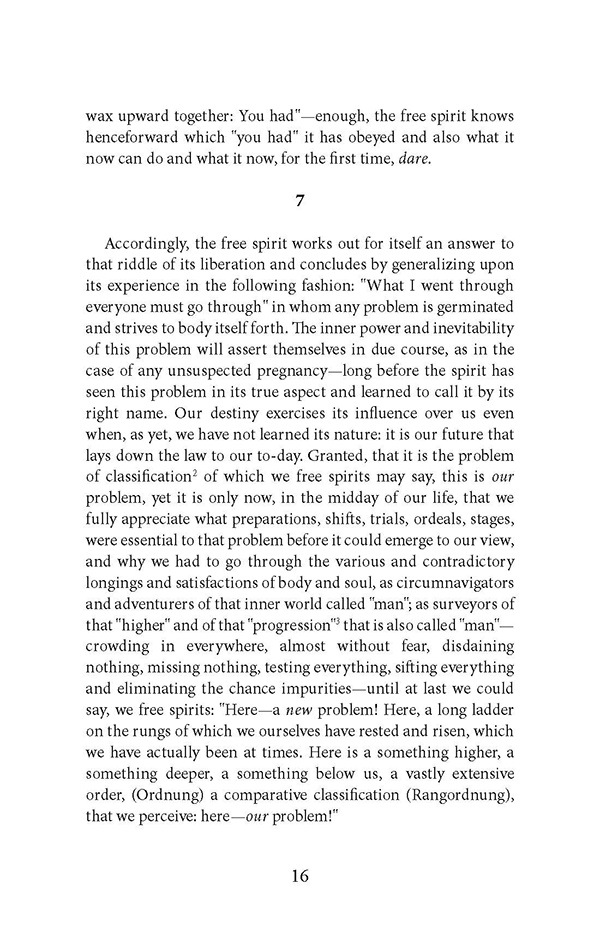 A Book for Free Spirits

This book represents Nietzsche’s first work in the aphoristic style that would become a dominant force in his writings, exploring a range of ideas in short sayings or paragraphs.

“Human, All Too Human: A Book for Free Spirits” is a 1878 book by 19th-century philosopher Friedrich Nietzsche. It represents Nietzsche’s first work in the aphoristic style that would become a dominant force in his writings, exploring a range of ideas in short sayings or paragraphs. This fascinating volume is not to be missed by those with an interest in philosophy and constitutes a must-read for fans and collectors of Nietzsche influential work. Contents include: “Of the First and Last Things”, “History of the Moral Feelings”, and “Religious Life”. Friedrich Wilhelm Nietzsche (1844–1900) was a German critic, philosopher, composer, philologist, poet, and Latin and Greek scholar. Other notable works by this author include: “Thus Spoke Zarathustra” (1892), “The Antichrist” (1888), and “The Birth of Tragedy” (1872). Many vintage books such as this are becoming increasingly scarce and expensive. It is with this in mind that we are republishing this volume now in an affordable, modern, high-quality edition complete with the original text and artwork.

Friedrich Wilhelm Nietzsche was born on 15th October 1844, at Röcken, near Leipzig, in the Prussian Province of Saxony. He attended a local boy’s school, and moved to the Domgymnasium in Naumburg at the age of ten, but since he showed particular talents in music and language, the internationally-recognized Schulpforta admitted him as a pupil.  After graduation in 1864, Nietzsche commenced studies in theology and classical philology at the University of Bonn. It was during this time that Nietzsche lost his Christian faith, and as early as his 1862 essay Fate and History, Nietzsche argued that historical research had discredited the central teachings of Christianity. In 1865, at the age of twenty, Nietzsche wrote to his (deeply religious) sister Elizabeth that ‘if you wish to strive for peace of soul and pleasure, then believe; if you wish to be a devotee of truth, then inquire.’ This was the start of Nietzsche’s philosophical career, and he spent a great deal of time studying the work of Arthur Schopenhauer, especially his Magnum Opus, The World as Will and Representation. Nietzsche began his career as a classical philologist however (a scholar of Greek and Roman textual criticism) before turning to philosophy in earnest.

In 1869, at age twenty-four, he was appointed to the Chair of Classical Philology at the University of Basel, the youngest individual to have held this position. He resigned in the summer of 1879 due to health problems that plagued him for most of his life. It was only after this resignation that Nietzsche really became an independent philosopher in his own right though. Beginning with Human, All Too Human in 1878, Nietzsche would publish one book or major section of a book each year until 1888. In this year, his last year of real writing, he completed five books. One of Nietzsche’s key ideas was the Apollonian / Dionysian dichotomy; a contrast based on the features of ancient Greek mythology; Apollo and Dionysus. Apollo represents harmony, progress, clarity and logic, whereas Dionysus represents disorder, intoxication, emotion and ecstasy. Nietzsche used these two forces because, for him, the world of mind and order on one side, and passion and chaos on the other formed principles that were fundamental to the Greek culture. Some of Nietzsche’s other philosophical concepts include ‘the Will to Power’; what he saw as the  motivator of human or animal behaviour and the ‘death of God’; The statement God is dead, occurs in several of Nietzsche's works (notably in The Gay Science), and has become one of his best-known remarks.

The possibilities and dangers of nihilism were a problem to which Nietzsche was particularly alive, and he developed his thinking in the concept of the ‘Übermensch’; the superhuman  - who does not follow morality of common people since it favours mediocrity but instead rises above the notion of good and evil and above the herd. Central to his philosophy is the idea of ‘life-affirmation’, which involves questioning of any doctrine that drains one's expansive energies, however socially prevalent those ideas might be. Nietzsche’s radical questioning of the value and objectivity of truth has been the focus of extensive commentary and his influence remains substantial, particularly in the fields of existentialism and postmodernism.

In 1889, at age forty-four, he suffered a collapse and a complete loss of his mental faculties. The breakdown was later ascribed to atypical general paresis due to tertiary syphilis, but today, it is suspected to have been the result of brain cancer. Nietzsche lived his remaining years in the care of his mother until her death in 1897, after which he fell under the care of his sister Elisabeth Förster-Nietzsche, until his death on 25th August 1900.  Elisabeth had him buried beside his father at the church in Röcken bei Lützen, Germany. His friend and secretary gave his funeral oration, proclaiming: ‘Holy be your name to all future generations!’ Ironically, Nietzsche had written in Ecce Homo (at that point still unpublished) of his fear that one day his name would be regarded as ‘holy’.

Be the first to review “Human, All Too Human” Cancel reply