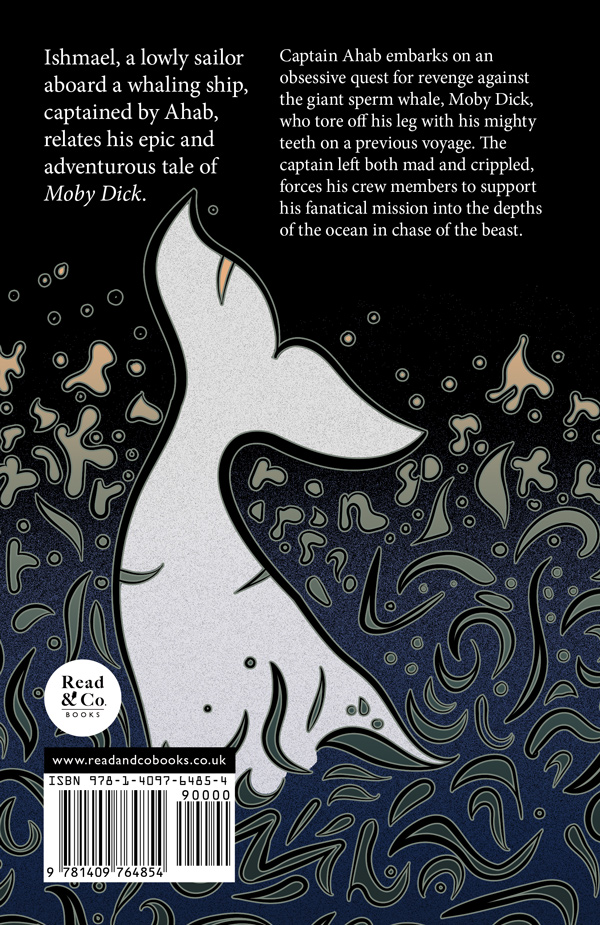 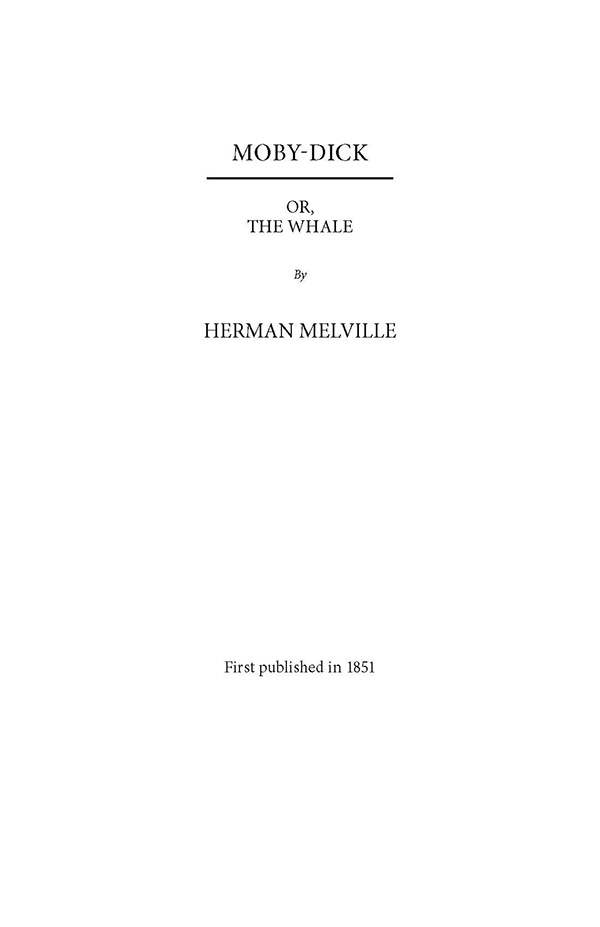 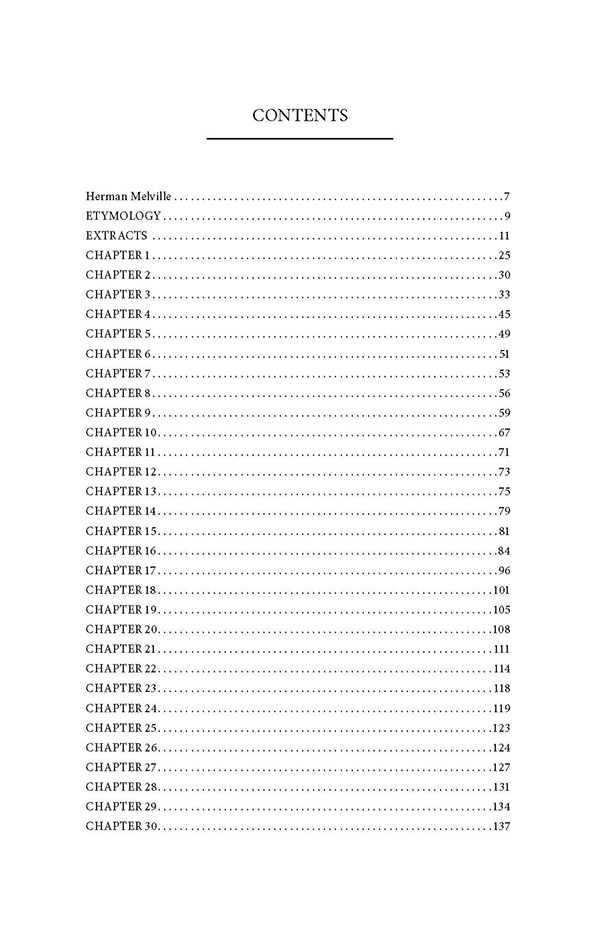 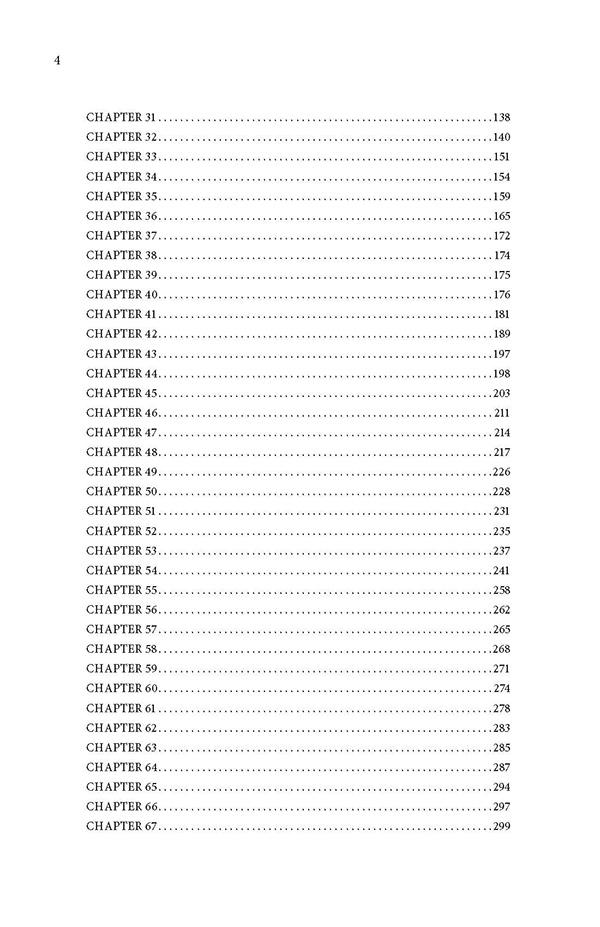 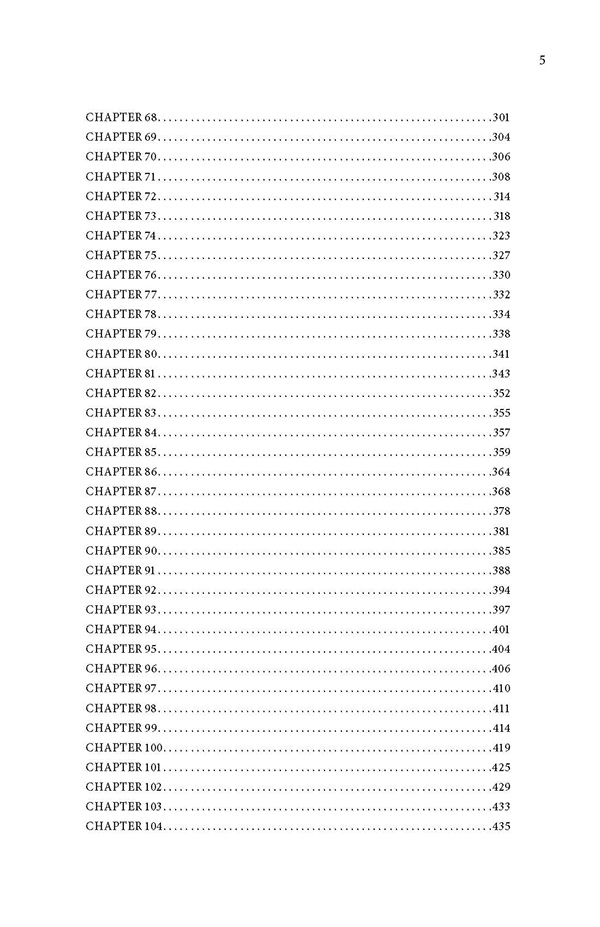 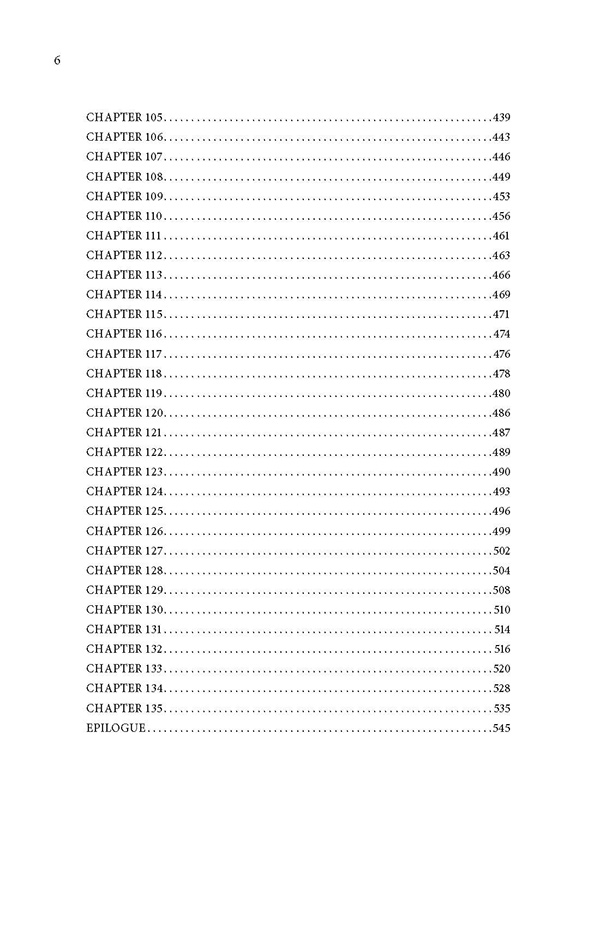 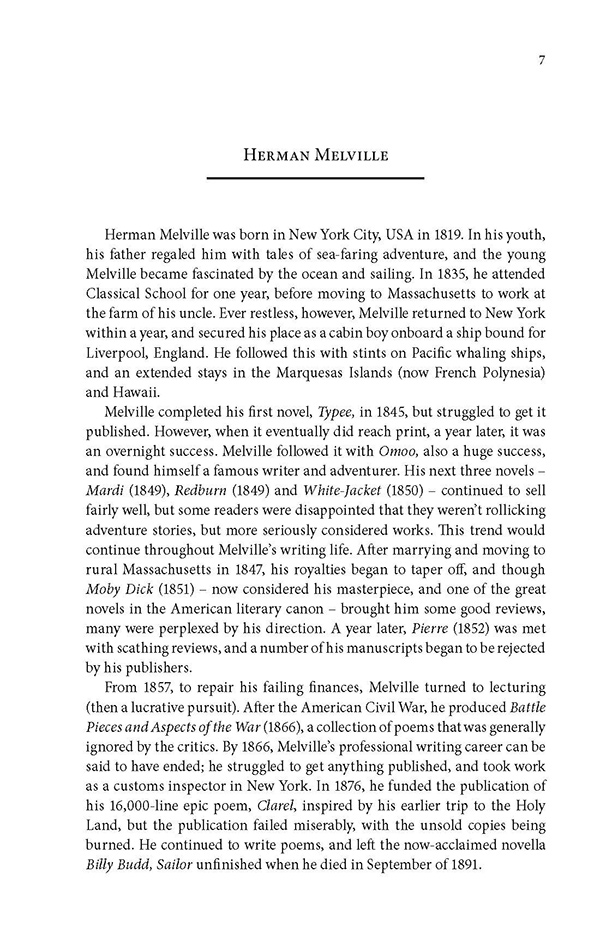 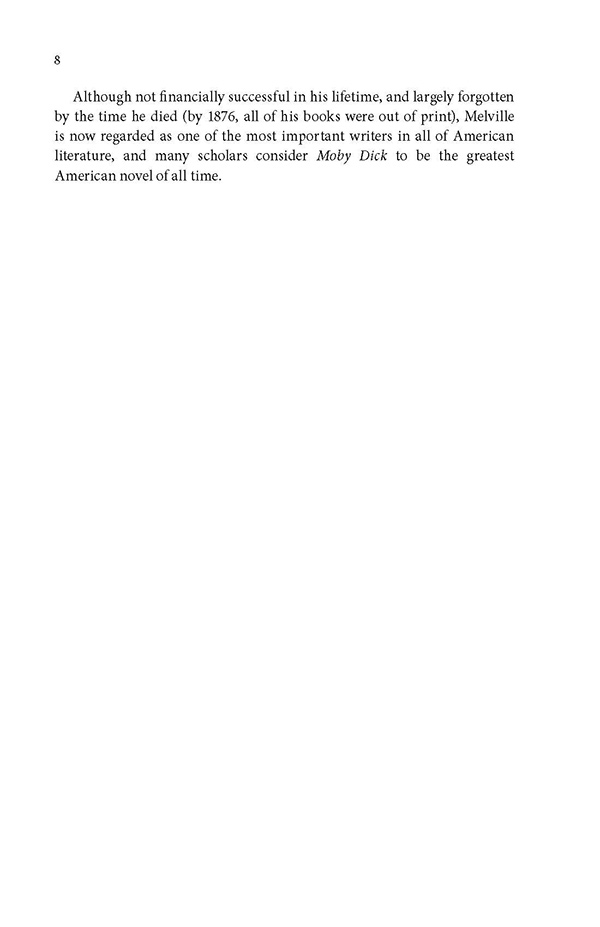 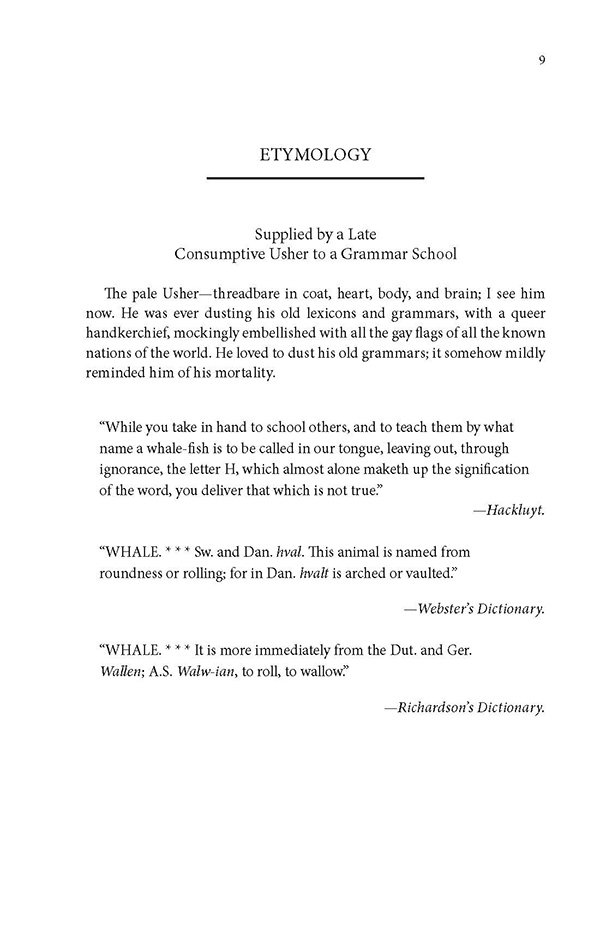 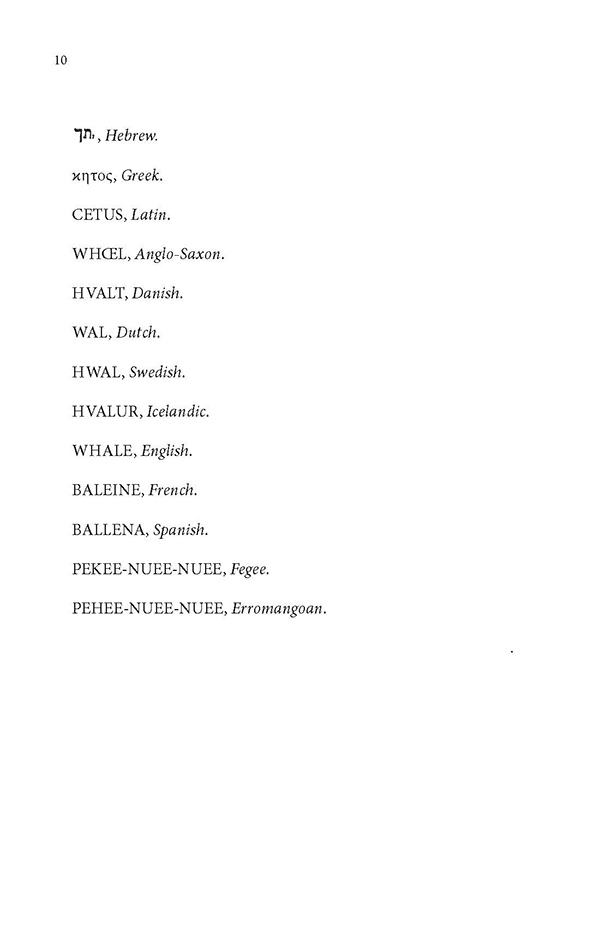 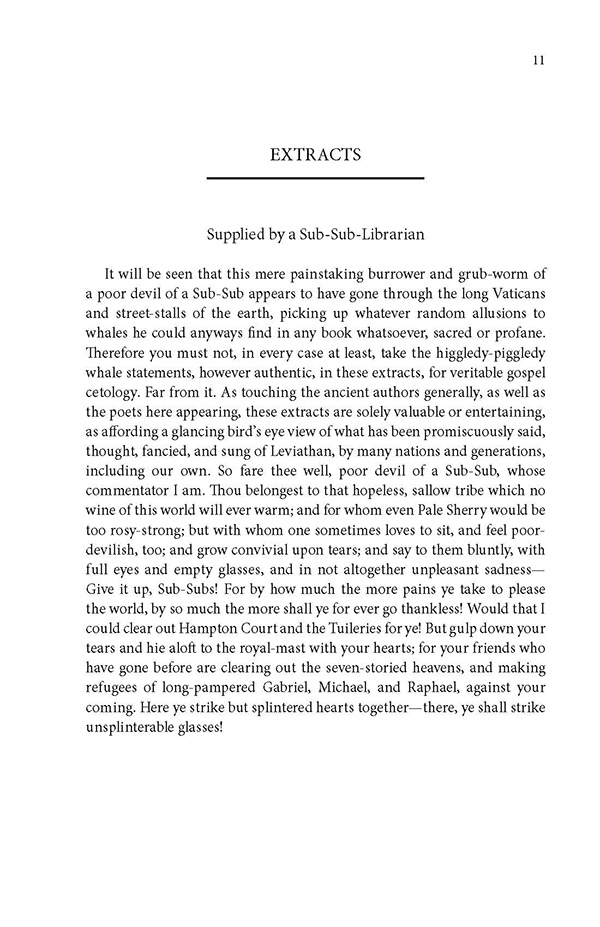 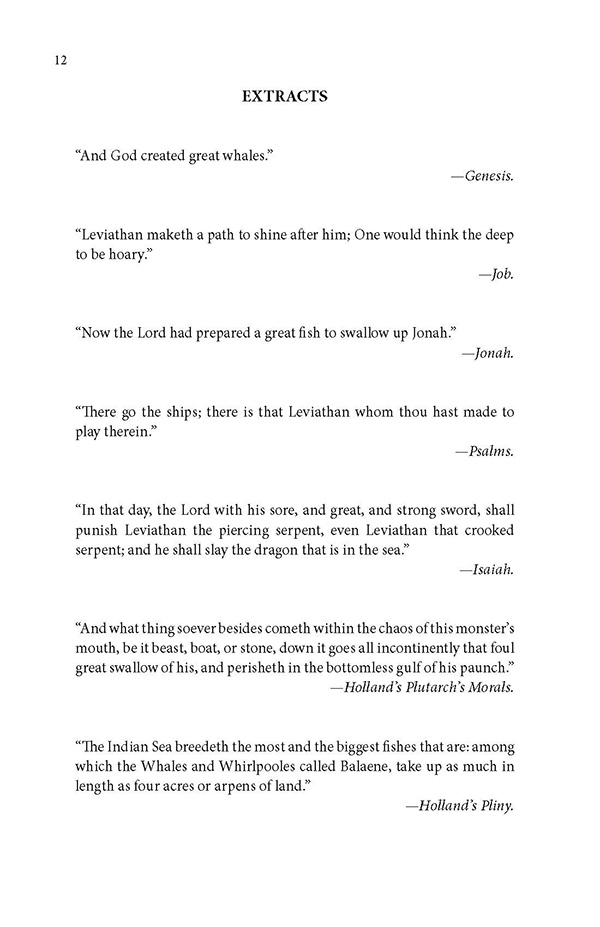 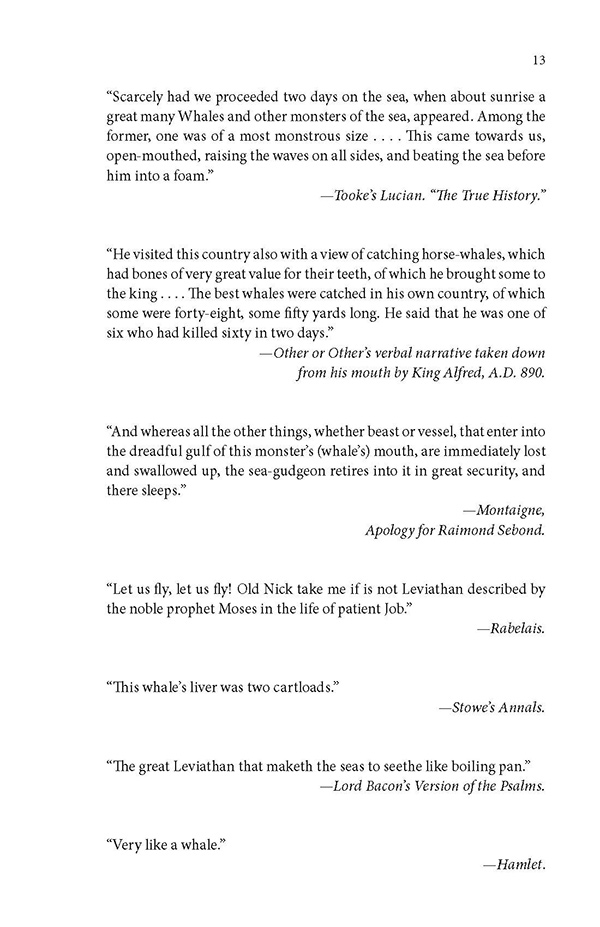 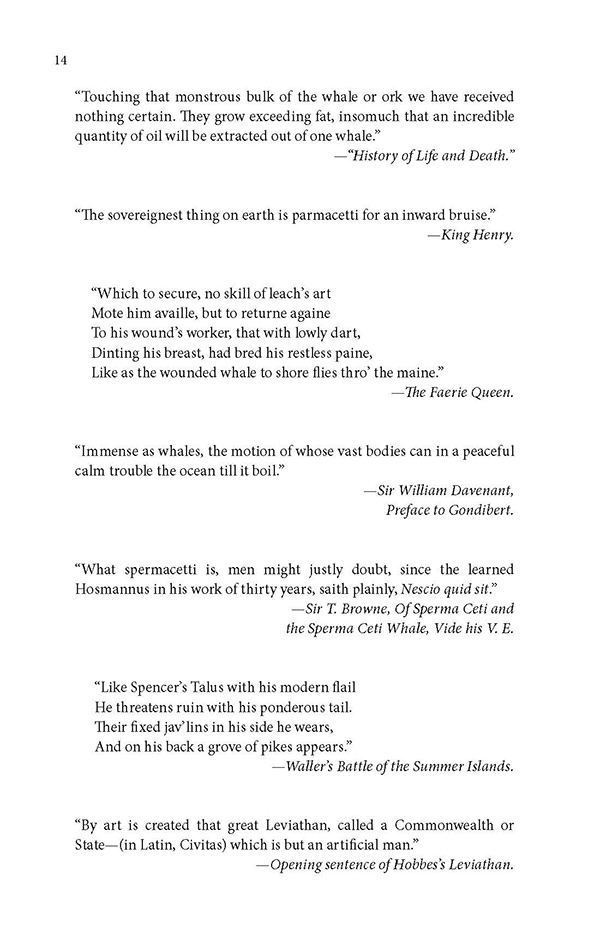 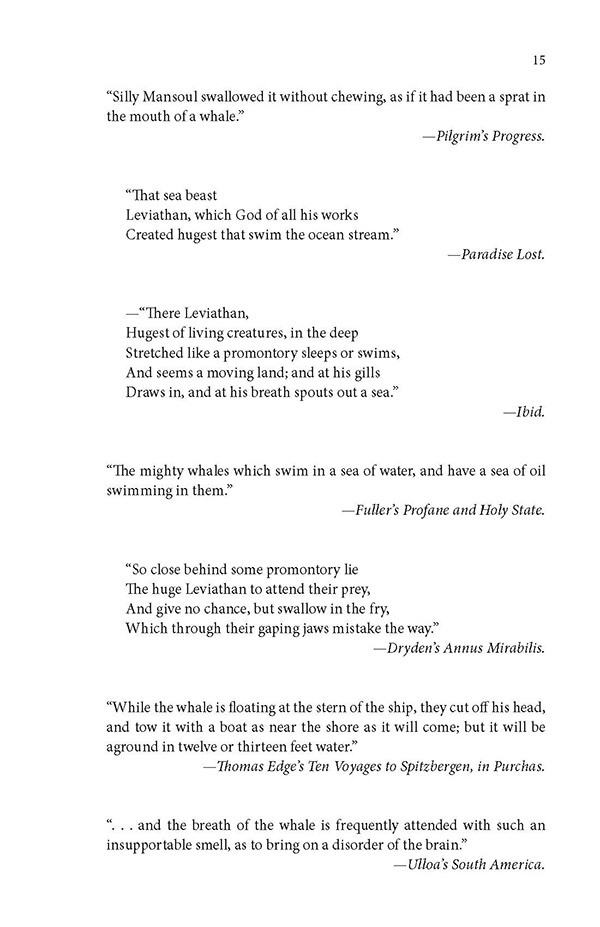 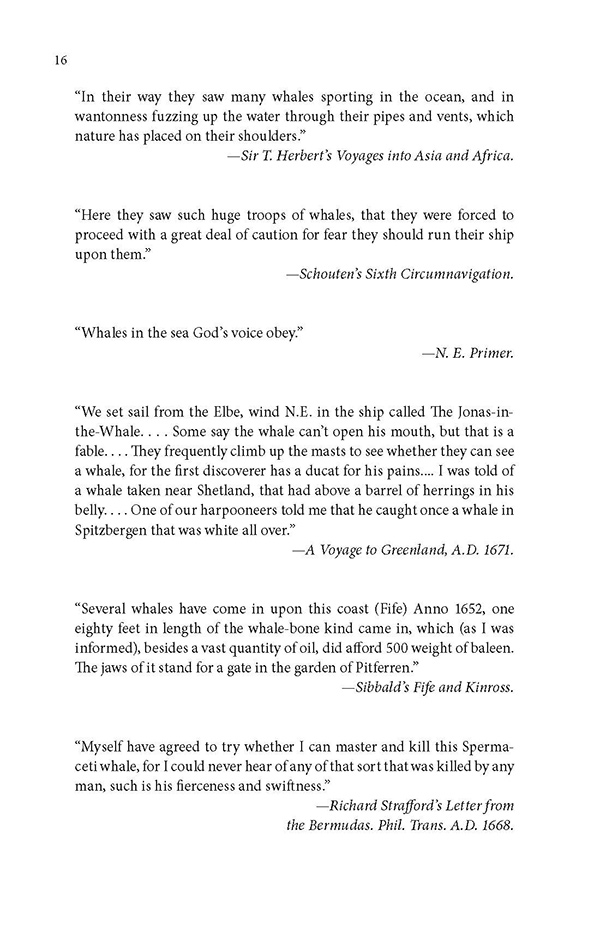 Ishmael, a lowly sailor aboard a whaling ship, captained by Ahab, relates his epic and adventurous tale of “Moby Dick”. Captain Ahab embarks on an obsessive quest for revenge against the giant sperm whale, Moby Dick, who tore off his leg with his mighty teeth on a previous voyage. The captain left both mad and crippled, forces his crew members to support his fanatical mission into the depths of the ocean in chase of the beast.

“Moby-Dick; or, The Whale” is an 1851 novel written by American author Herman Melville. The story is told by Ishmael, a sailor aboard a whaling ship captained by Ahab who embarks on an obsessive quest for revenge against a giant sperm whale that bit off his leg on a previous voyage. Originally receiving mixed reviews, “Moby Dick” was a failure when first published and was no longer in print when Melvillie died in 1891. Today, however, it is considered a “Great American Novel” known the world over. “Moby-Dick; or, The Whale” is highly recommended for all lovers of literature and deserves a place on every bookshelf. Herman Melville (1819–1891) was an American short story writer, poet, and novelist during the American Renaissance period. Other notable works by this author include: “Typee” (1846), “Bartleby, the Scrivener” (1853), and “The Encantadas” (1854). Read & Co. Classics is republishing this classic novel now complete with a specially-commissioned new biography of the author.

Herman Melville was born in New York City, USA in 1819.  In his youth, his father regaled him with tales of sea-faring adventure, and the young Melville became fascinated by the ocean and sailing.  In 1835, he attended Classical School for one year, before moving to Massachusetts to work at the farm of his uncle.  Ever restless, however, Melville returned to New York within a year, and secured his place as a cabin boy onboard a ship bound for Liverpool, England.  He followed this with stints on Pacific whaling ships, and an extended stays in the Marquesas Islands (now French Polynesia) and Hawaii.

Melville completed his first novel, Typee, in 1845, but struggled to get it published.  However, when it eventually did reach print, a year later, it was an overnight success.  Melville followed it with Omoo, also a huge success, and found himself a famous writer and adventurer. His next three novels – Mardi (1849), Redburn (1849) and White-Jacket (1850) – continued to sell fairly well, but some readers were disappointed that they weren’t rollicking adventure stories, but more seriously considered works. This trend would continue throughout Melville’s writing life.  After marrying and moving to rural Massachusetts in 1847, his royalties began to taper off, and though Moby Dick (1851) – now considered his masterpiece, and one of the great novels in the American literary canon – brought him some good reviews, many were perplexed by his direction.  A year later, Pierre (1852) was met with scathing reviews, and a number of his manuscripts began to be rejected by his publishers.

From 1857, to repair his failing finances, Melville turned to lecturing (then a lucrative pursuit).  After the American Civil War, he produced Battle Pieces and Aspects of the War (1866), a collection of poems that was generally ignored by the critics.  By 1866, Melville’s professional writing career can be said to have ended; he struggled to get anything published, and took work as a customs inspector in New York.  In 1876, he funded the publication of his 16,000-line epic poem, Clarel, inspired by his earlier trip to the Holy Land, but the publication failed miserably, with the unsold copies being burned.  He continued to write poems, and left the now-acclaimed novella Billy Budd, Sailor unfinished when he died in September of 1891.

Although not financially successful in his lifetime, and largely forgotten by the time he died (by 1876, all of his books were out of print), Melville is now regarded as one of the most important writers in all of American literature, and many scholars consider Moby Dick to be the greatest American novel of all time.