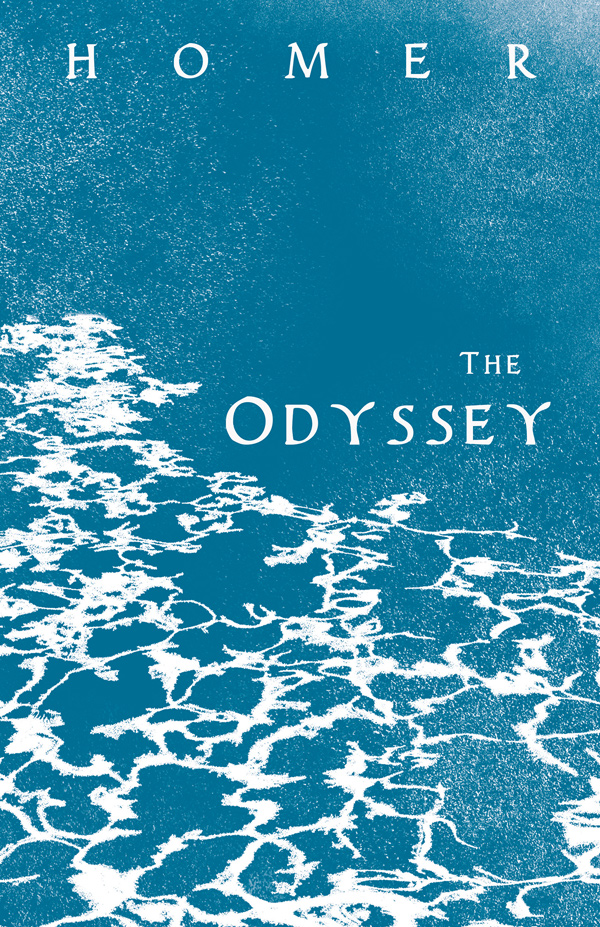 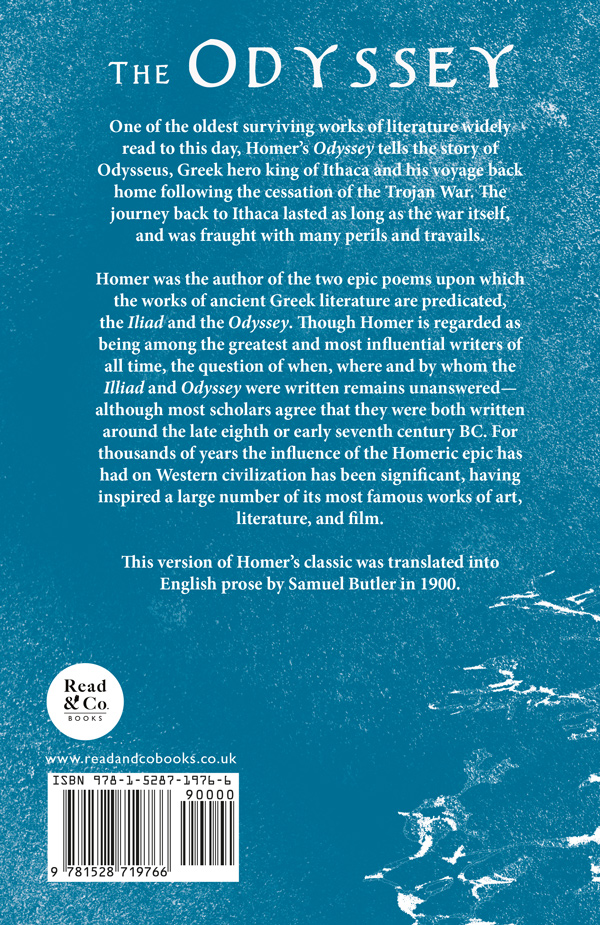 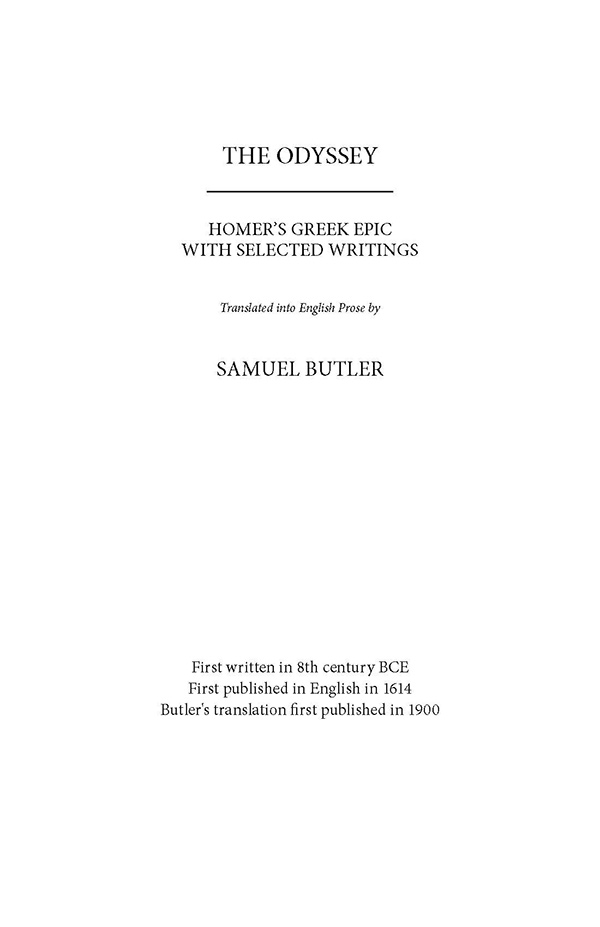 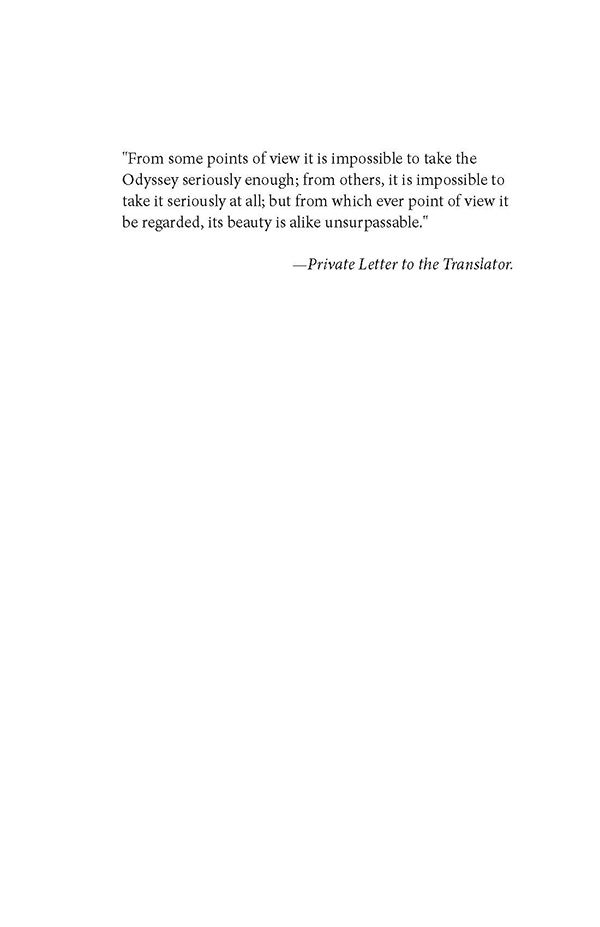 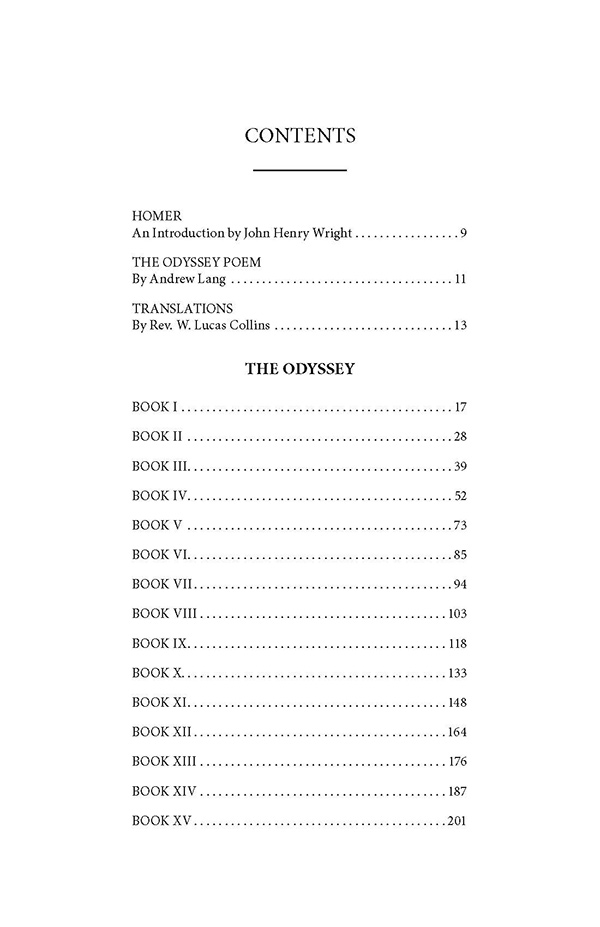 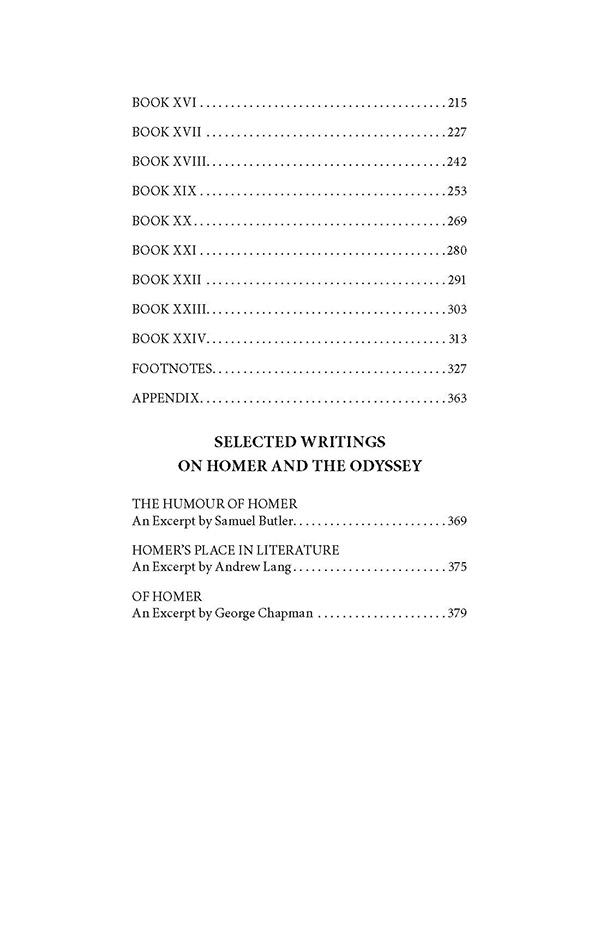 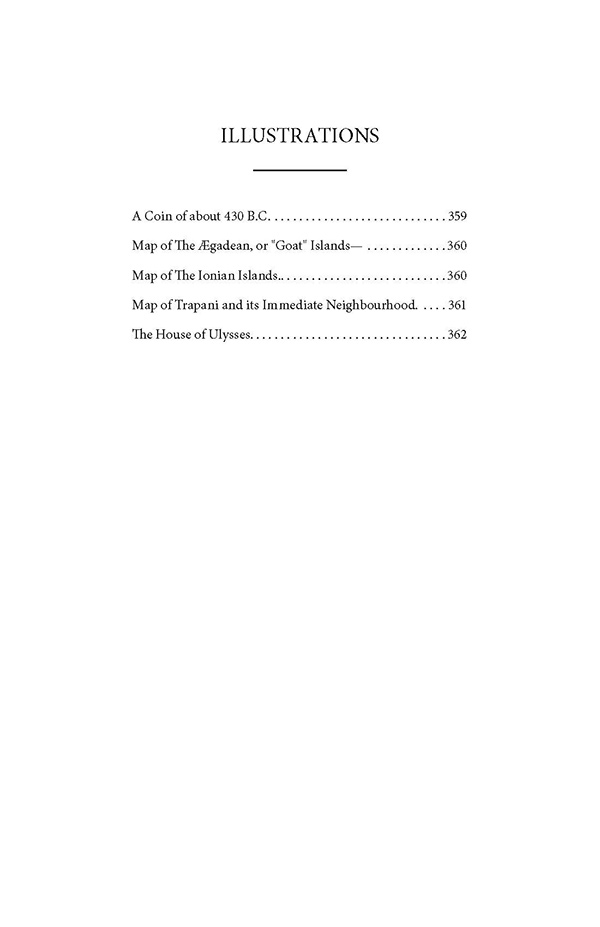 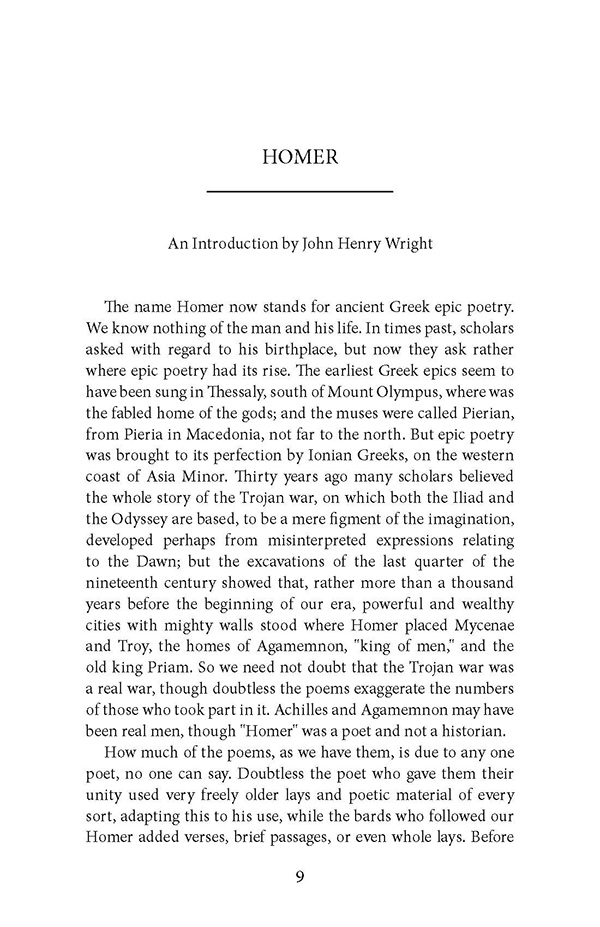 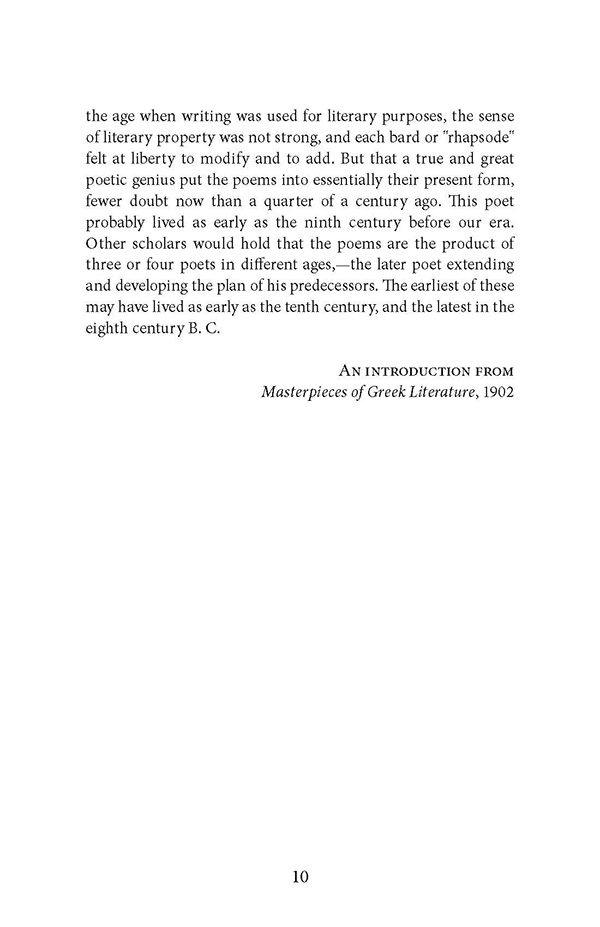 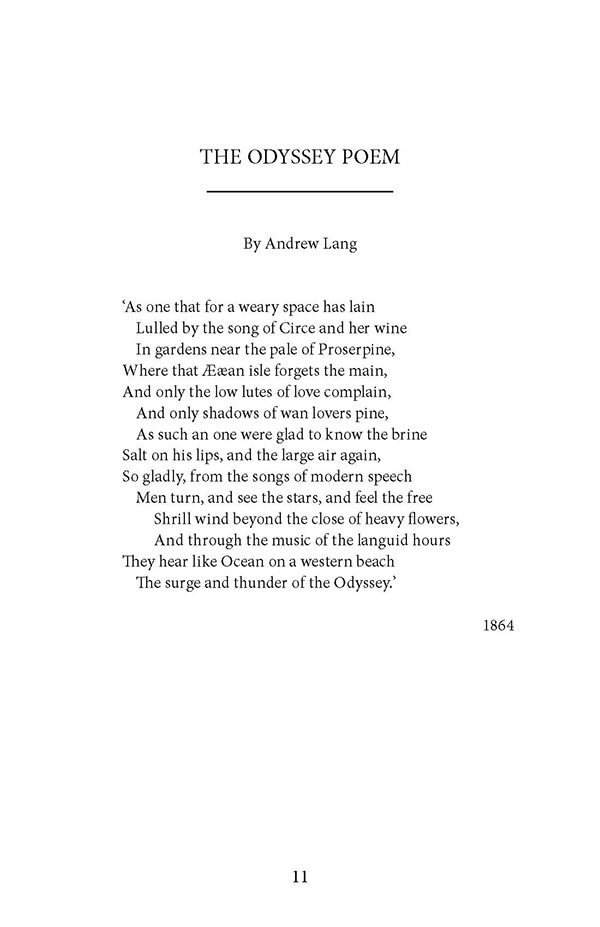 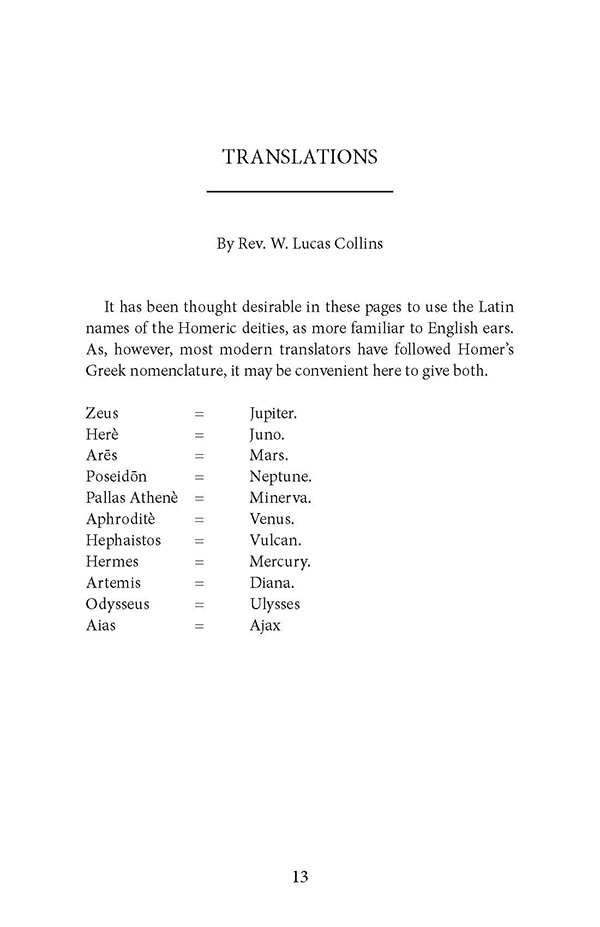 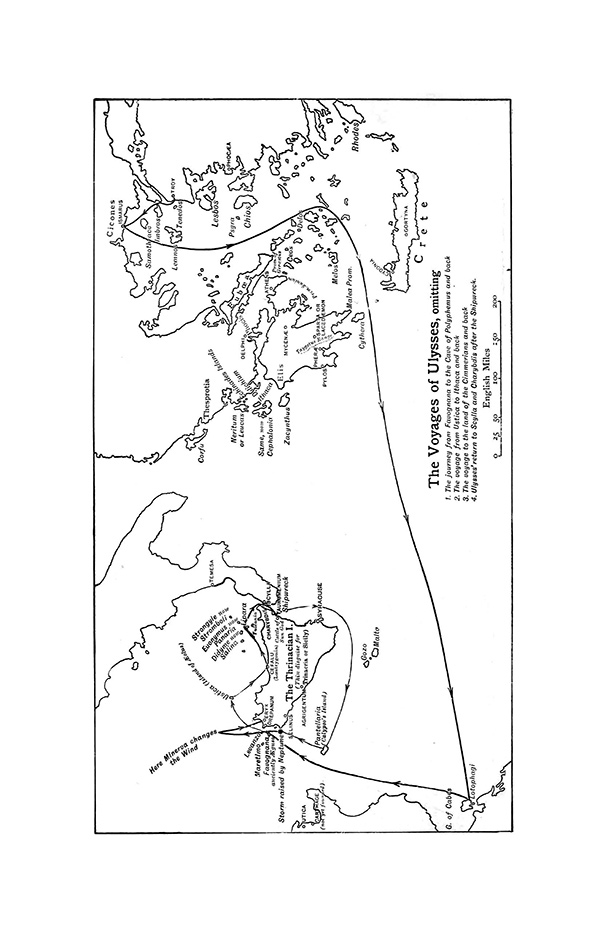 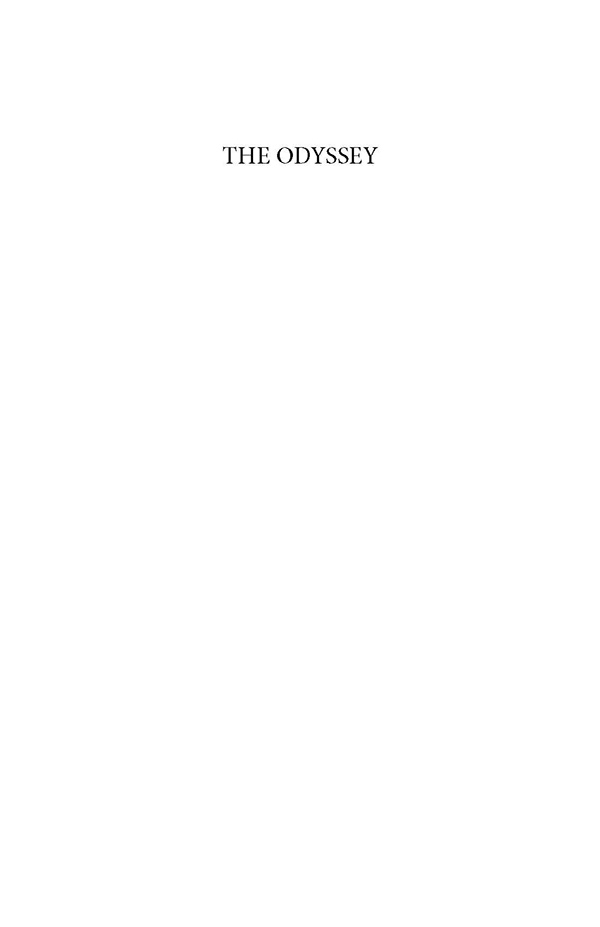 The story of Odysseus, king of Ithaca and his voyage back home following the cessation of the Trojan War.

One of the oldest surviving works of literature widely read to this day, Homer’s “Odyssey” tells the story of Odysseus, Greek hero king of Ithaca and his voyage back home following the cessation of the Trojan War. The journey back to Ithaca lasted as long as the war itself (10 years), and was fraught with many perils and travails that would claim the lives of his entire crew before their destination was reached. Assumed dead himself, Odysseus’s wife is forced to endure a flurry of eager suitors. A must-read for grecophiles that would make for a worthy addition to any collection. Homer was the author of the two epic poems upon which the works of ancient Greek literature are predicated, the “Iliad” and the “Odyssey”. Though Homer is regarded as being among the greatest and most influential writers of all time, the question of when, where and by whom the “Illiad” and “Odyssey” were written remains unanswered—although most scholars agree that they were both written around the late eighth or early seventh century BC. For thousands of years the influence of the Homeric epic has had on Western civilization has been significant, having inspired a large number of its most famous works of art, literature, and film. This version of Homer’s classic was translated into English prose by Samuel Butler in 1900. Contents include: “Homer, an Introduction by John Henry Wright”, “The Odyssey Poem, by Andrew Lang”, “Translations, by Rev. W. Lucas Collins”, “The Odyssey”, “The Humour of Homer, an Excerpt by Samuel Butler”, “Homer’s Place in Literature, an Excerpt by Andrew Lang” and “Of Homer, an Excerpt by George Chapman”.

The name Homer now stands for ancient Greek epic poetry. We know nothing of the man and his life. In times past, scholars asked with regard to his birthplace, but now they ask rather where epic poetry had its rise. The earliest Greek epics seem to have been sung in Thessaly, south of Mount Olympus, where was the fabled home of the gods; and the muses were called Pierian, from Pieria in Macedonia, not far to the north. But epic poetry was brought to its perfection by Ionian Greeks, on the western coast of Asia Minor. Thirty years ago many scholars believed the whole story of the Trojan war, on which both the Iliad and the Odyssey are based, to be a mere figment of the imagination, developed perhaps from misinterpreted expressions relating to the Dawn; but the excavations of the last quarter of the nineteenth century showed that rather more than a thousand years before the beginning of our era, powerful and wealthy cities with mighty walls stood where Homer placed Mycenae and Troy, the homes of Agamemnon, "king of men," and the old king Priam. So we need not doubt that the Trojan war was a real war, though doubtless, the poems exaggerate the numbers of those who took part in it. Achilles and Agamemnon may have been real men, though "Homer" was a poet and not a historian.

How much of the poems, as we have them, is due to any one poet, no one can say. Doubtless, the poet who gave them their unity used very freely older lays and poetic material of every sort, adapting this to his use, while the bards who followed our Homer added verses, brief passages, or even whole lays. Before the age when writing was used for literary purposes, the sense of literary property was not strong, and each bard or "rhapsode" felt at liberty to modify and to add. But that a true and great poetic genius put the poems into essentially their present form, fewer doubt now than a quarter of a century ago. This poet probably lived as early as the ninth century before our era. Other scholars would hold that the poems are the product of three or four poets in different ages,—the later poet extending and developing the plan of his predecessors. The earliest of these may have lived as early as the tenth century, and the latest in the eighth century B. C.

A chapter from Masterpieces of Greek Literature, 1902
By John Henry Wright

Be the first to review “The Odyssey” Cancel reply

A Study of Fairy Tales

The Terror of Blue John Gap