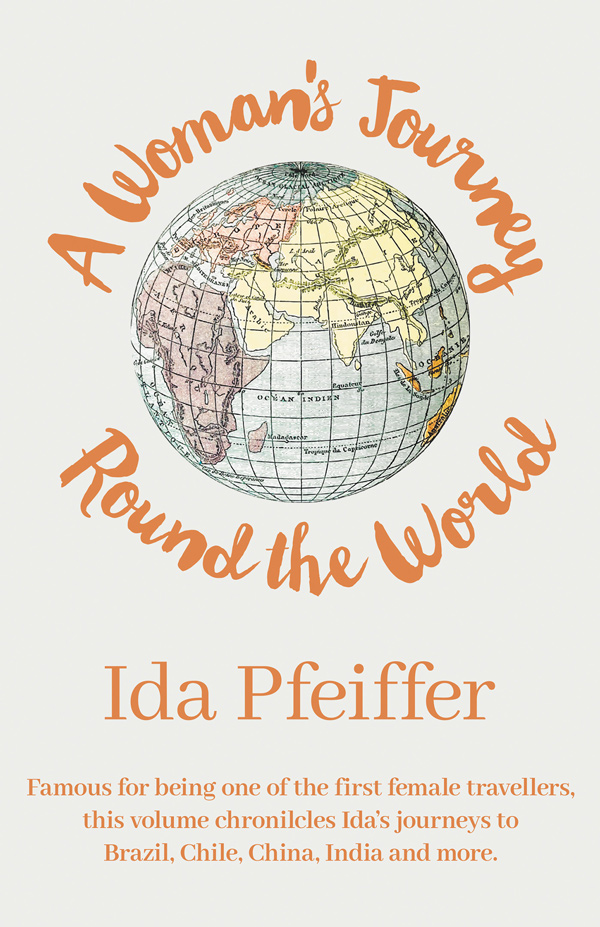 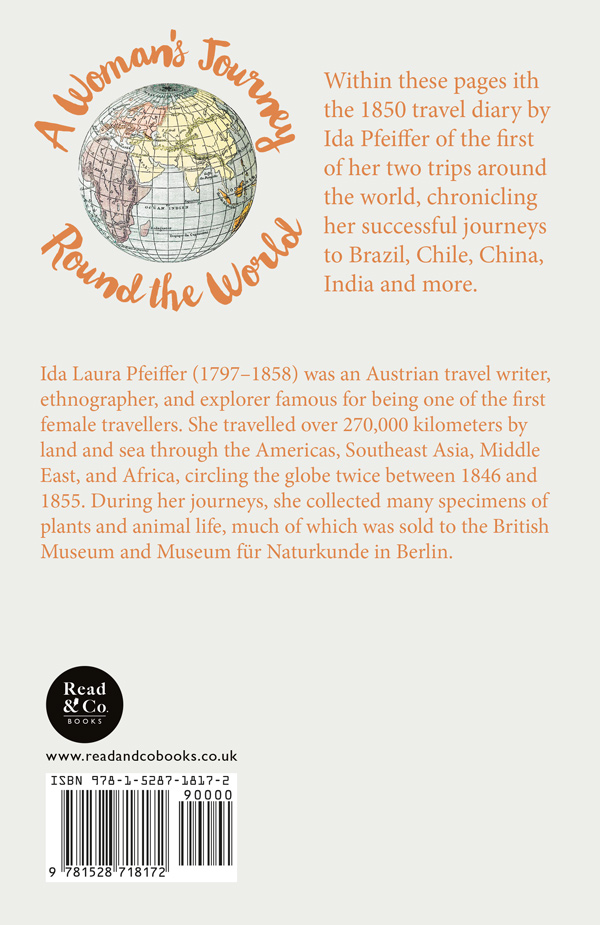 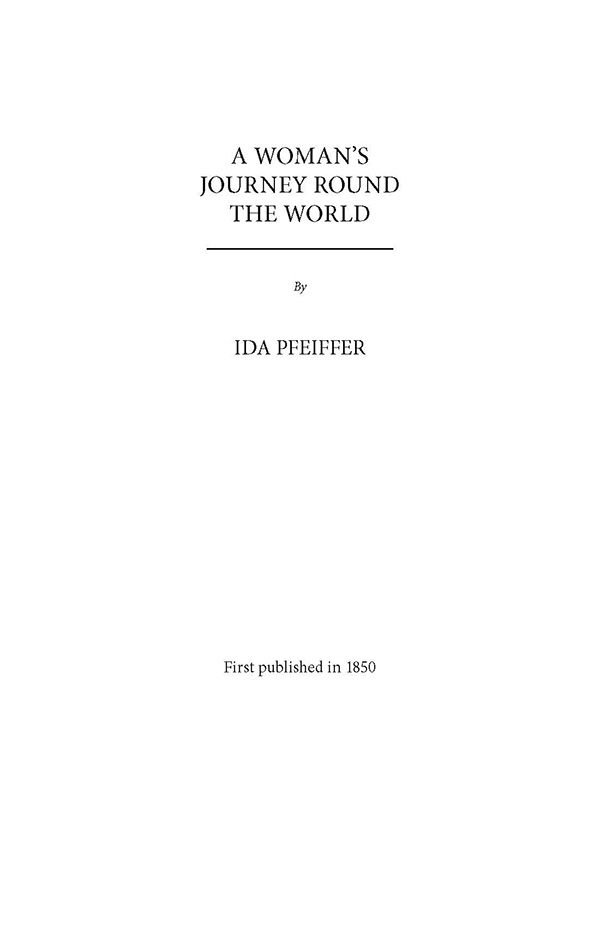 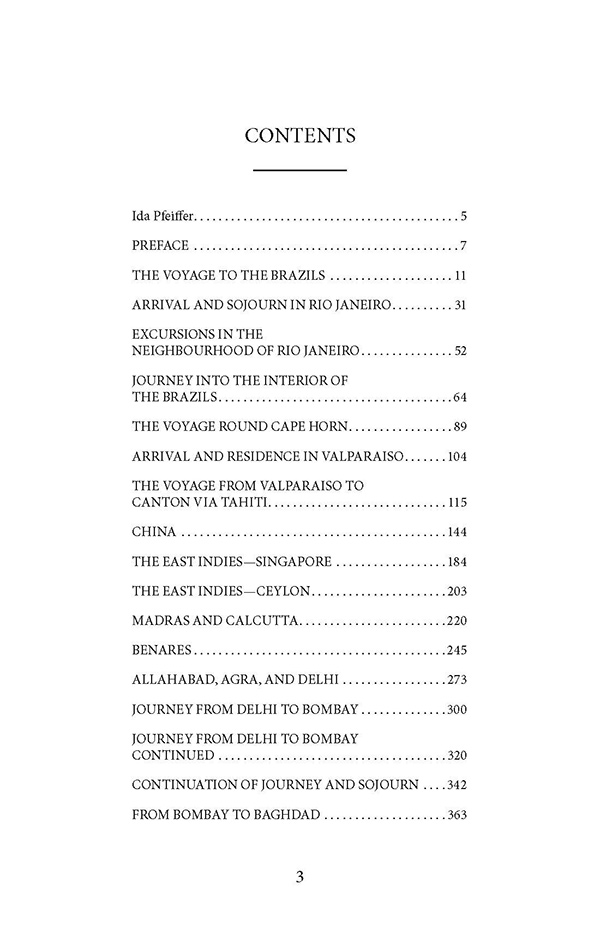 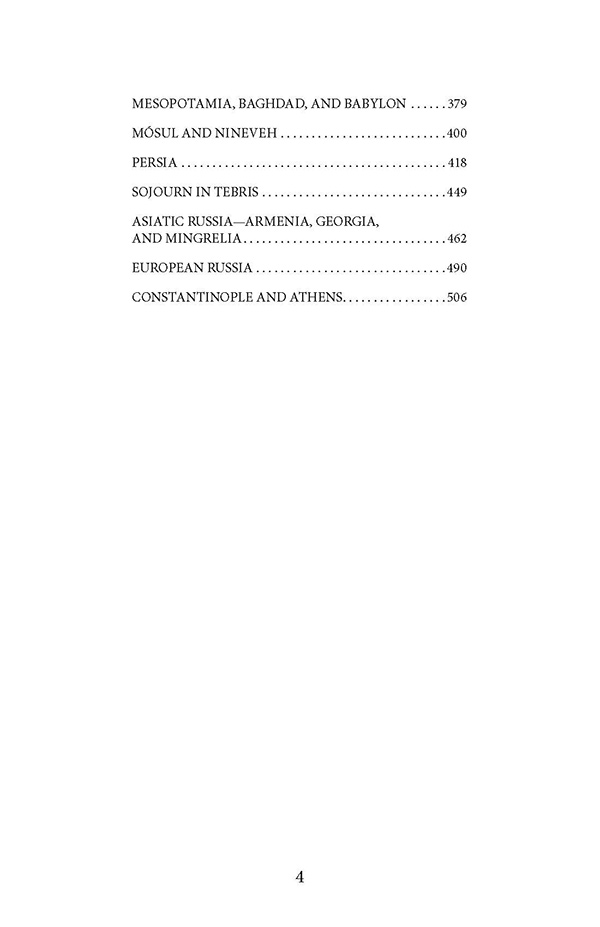 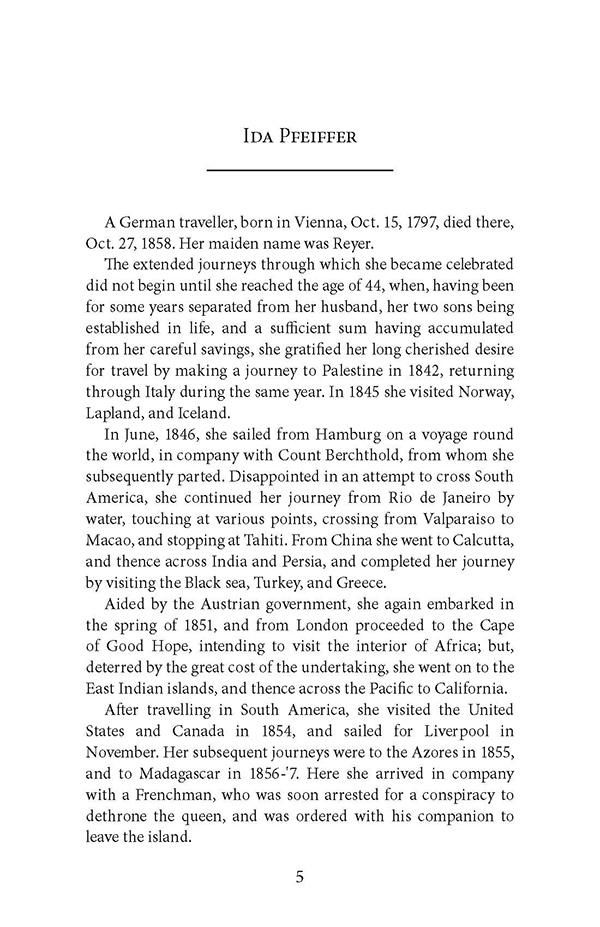 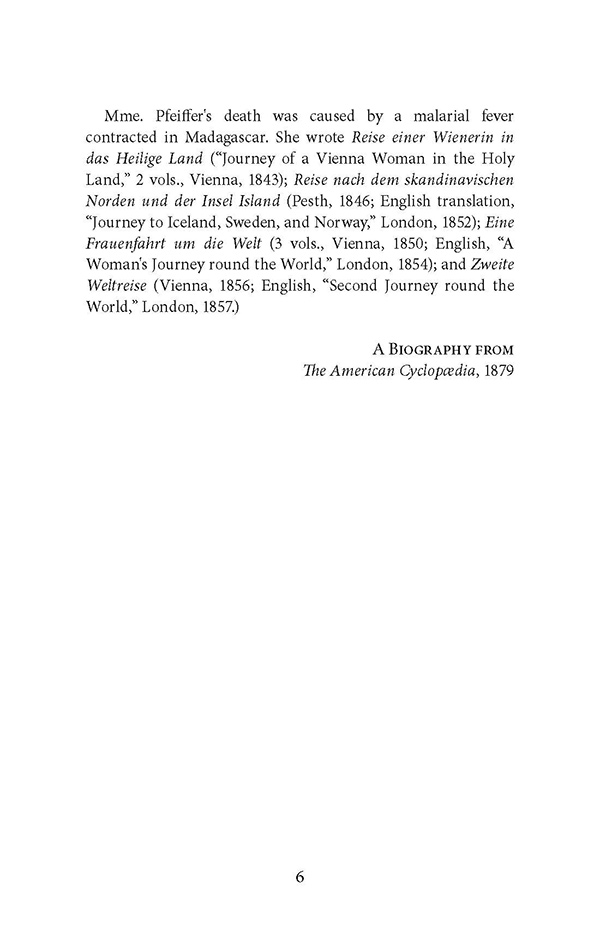 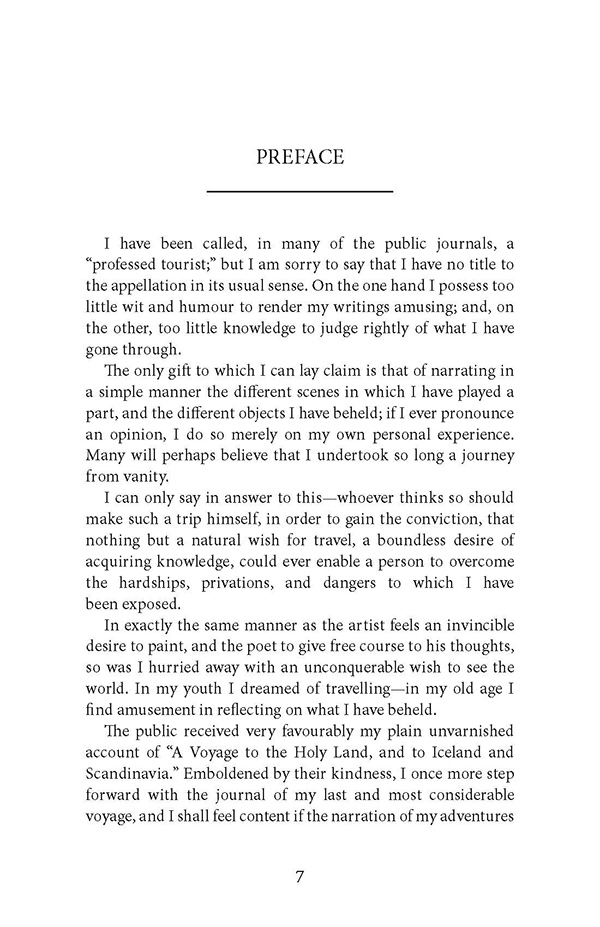 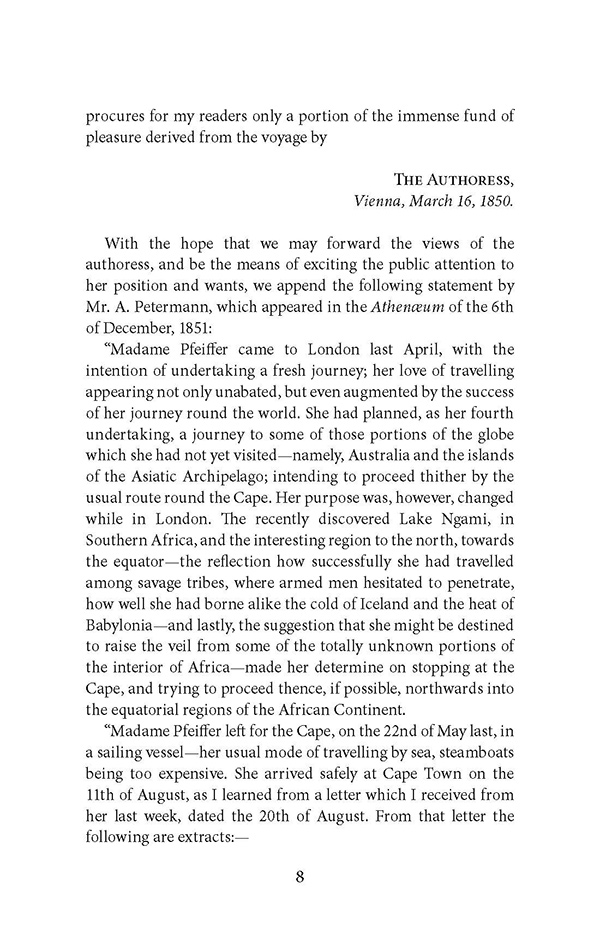 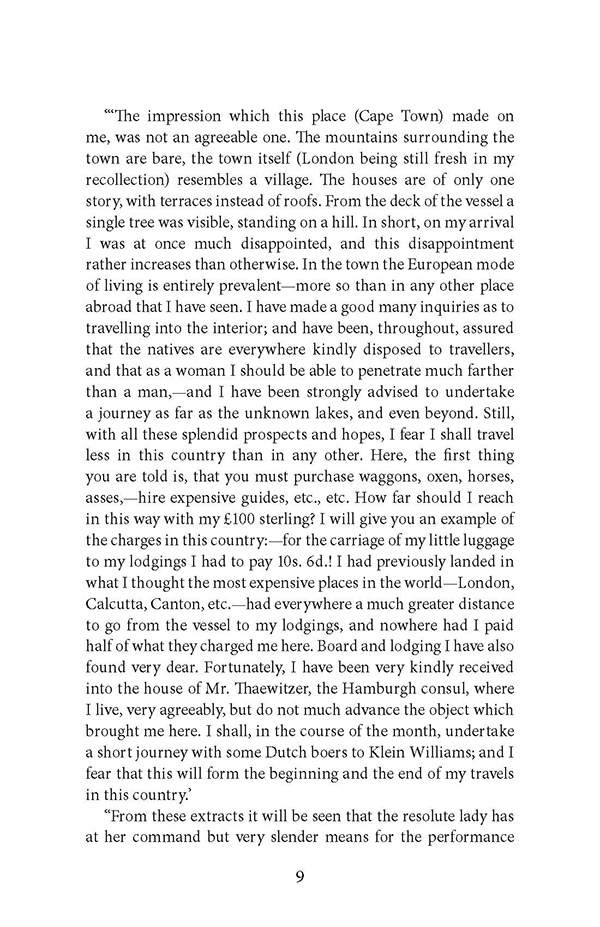 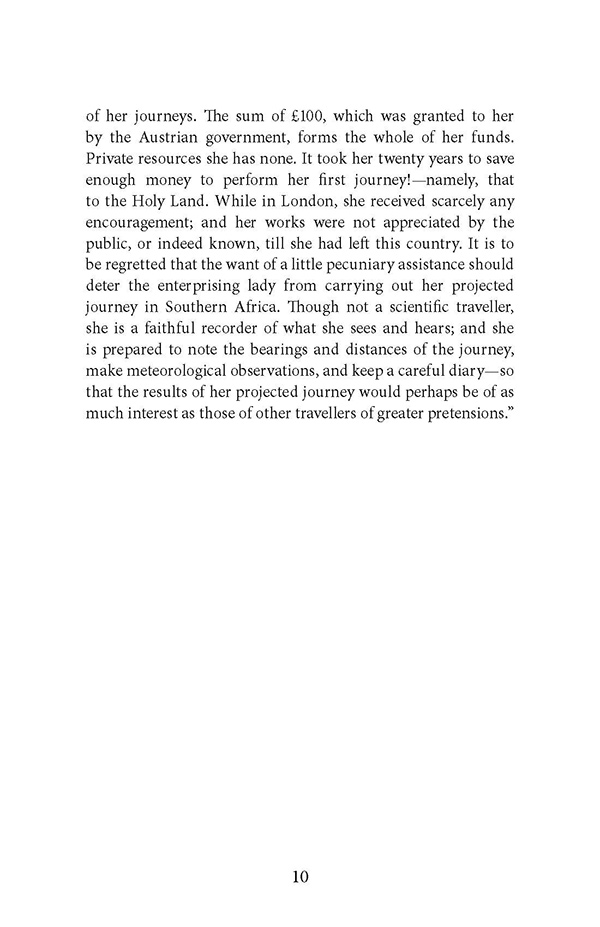 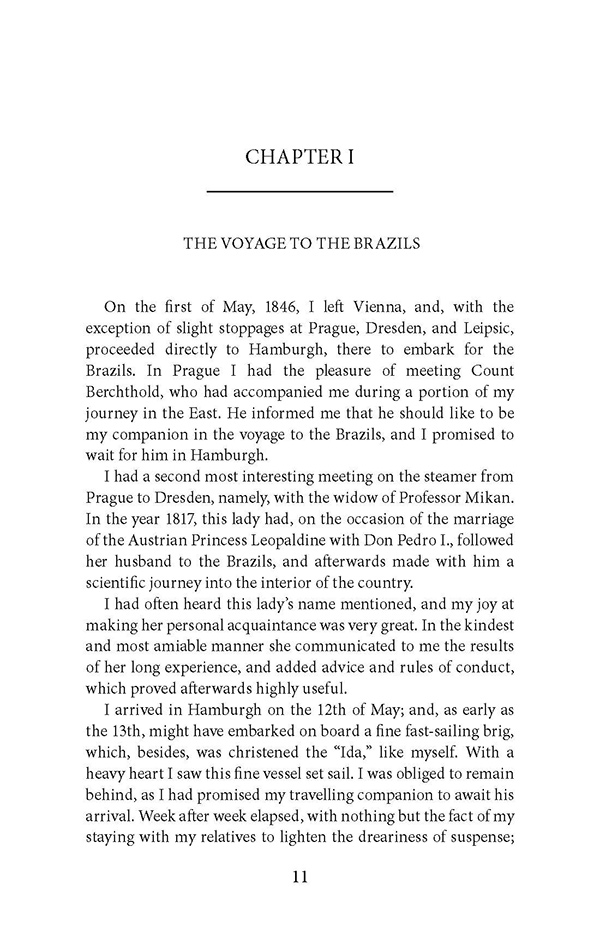 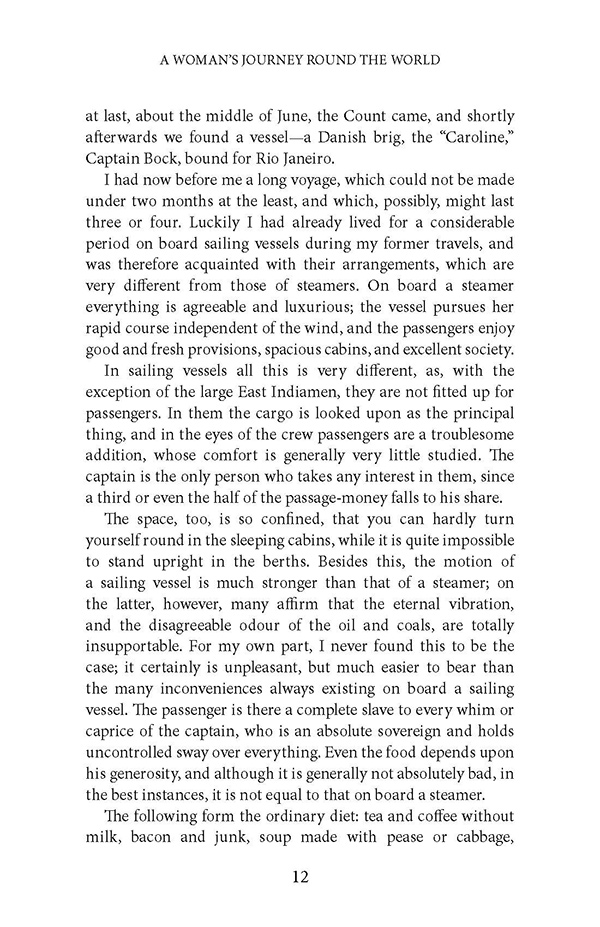 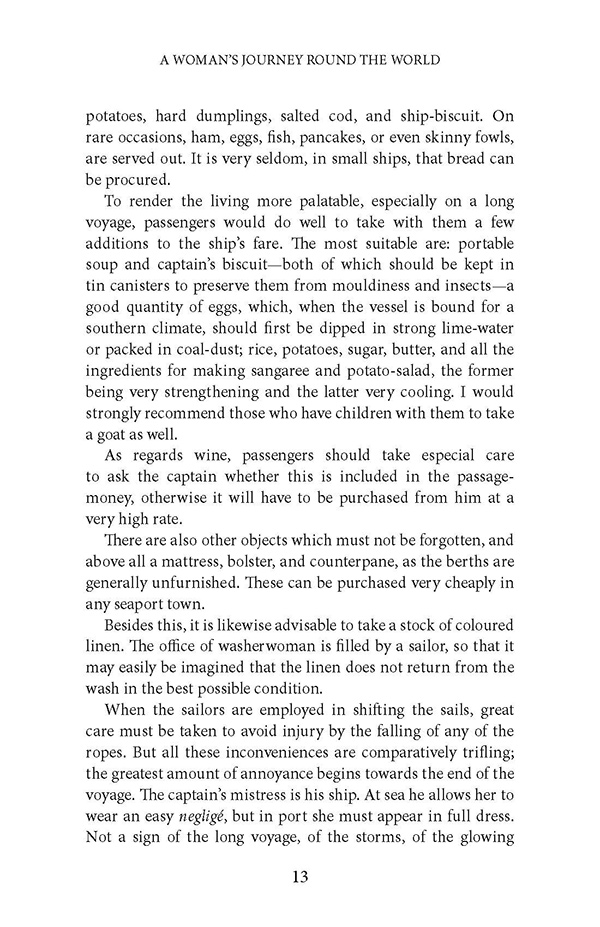 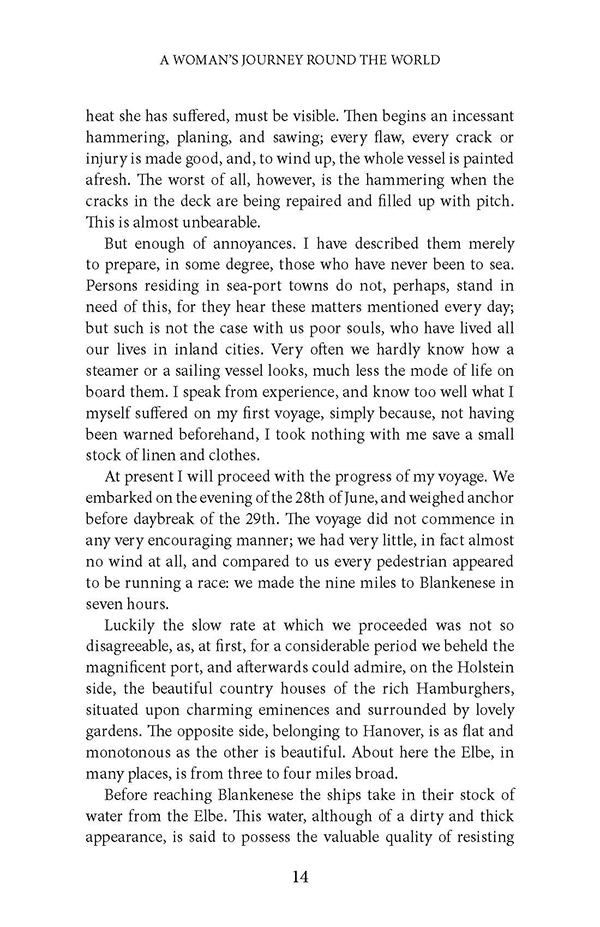 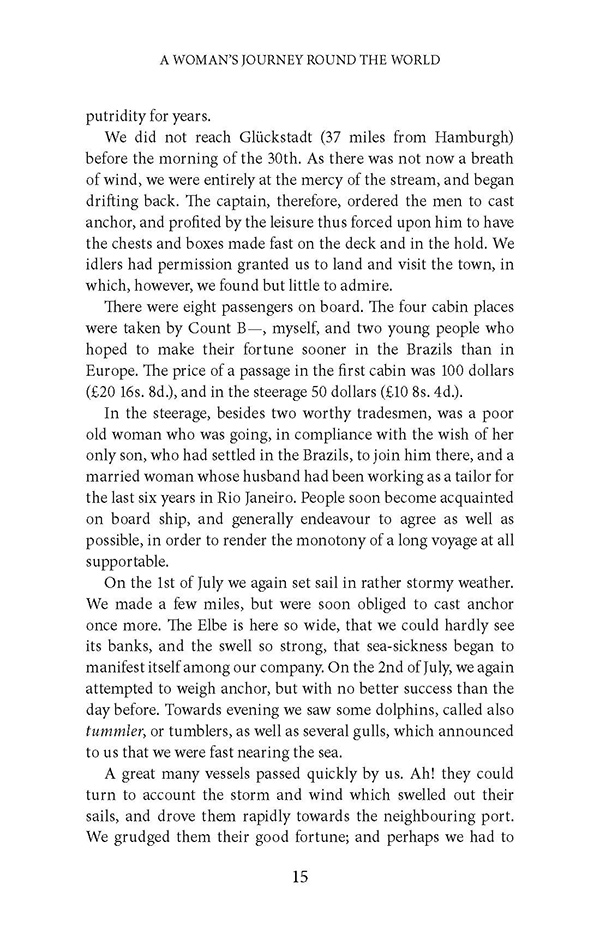 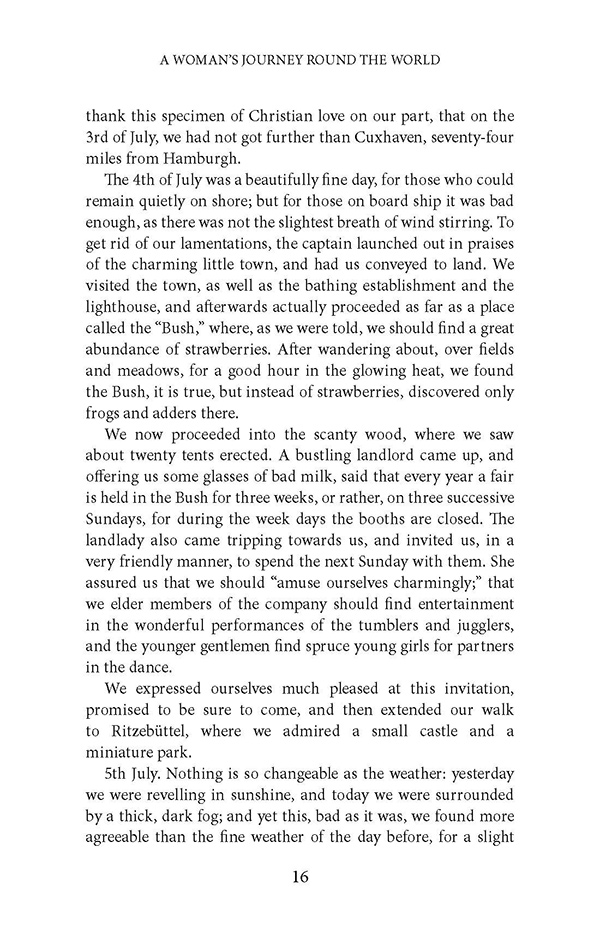 Famous for being one of the first female travellers, this volume contains Ida Pfeiffer’s travel diary of the first of her two trips around the world, chronicling her successful journeys to Brazil, Chile, China, India and more.

“A Woman’s Journey Round the World” is an 1850 travel diary by Ida Pfeiffer of the first of her two trips around the world, chronicling her successful journeys to Brazil, Chile, China, India and more. Ida Laura Pfeiffer (1797–1858) was an Austrian travel writer, ethnographer, and explorer famous for being one of the first female travellers. She travelled over 270,000 kilometers by land and sea through the Americas, Southeast Asia, Middle East, and Africa, circling the globe twice between 1846 and 1855. During her journeys, she collected many specimens of plants and animal life, much of which was sold to the British Museum and Museum für Naturkunde in Berlin. Contents include: “The Voyage to the Brazils”, “Arrival and Sojourn in Rio Janeiro”, “Excursions in the Neighbourhood of Rio Janeiro”, “Journey into the Interior of the Brazils”, “The Voyage Round Cape Horn”, “Arrival and Residence in Valparaiso”, “The Voyage from Valparaiso to Canton Via Tahiti”. “China”, “The East Indies—Singapore”, “The East Indies—Ceylon”, “Madras and Calcutta”, “Benares”, “Allahabad, Agra, and Delhi”, etc. Read & Co. Travel is proudly republishing this classic travel diary now in a new edition complete with a specially-commissioned new biography of the author.

The extended journeys through which she became celebrated did not begin until she reached the age of 44, when, having been for some years separated from her husband, her two sons being established in life, and a sufficient sum having accumulated from her careful savings, she gratified her long cherished desire for travel by making a journey to Palestine in 1842, returning through Italy during the same year. In 1845 she visited Norway, Lapland, and Iceland.

In June, 1846, she sailed from Hamburg on a voyage round the world, in company with Count Berchthold, from whom she subsequently parted. Disappointed in an attempt to cross South America, she continued her journey from Rio de Janeiro by water, touching at various points, crossing from Valparaiso to Macao, and stopping at Tahiti. From China she went to Calcutta, and thence across India and Persia, and completed her journey by visiting the Black sea, Turkey, and Greece.

Aided by the Austrian government, she again embarked in the spring of 1851, and from London proceeded to the Cape of Good Hope, intending to visit the interior of Africa; but, deterred by the great cost of the undertaking, she went on to the East Indian islands, and thence across the Pacific to California.

After travelling in South America, she visited the United States and Canada in 1854, and sailed for Liverpool in November. Her subsequent journeys were to the Azores in 1855, and to Madagascar in 1856-'7. Here she arrived in company with a Frenchman, who was soon arrested for a conspiracy to dethrone the queen, and was ordered with his companion to leave the island.

Mme. Pfeiffer's death was caused by a malarial fever contracted in Madagascar.

A Biography from The American Cyclopædia, 1879

Around the World in Seventy-Two Days