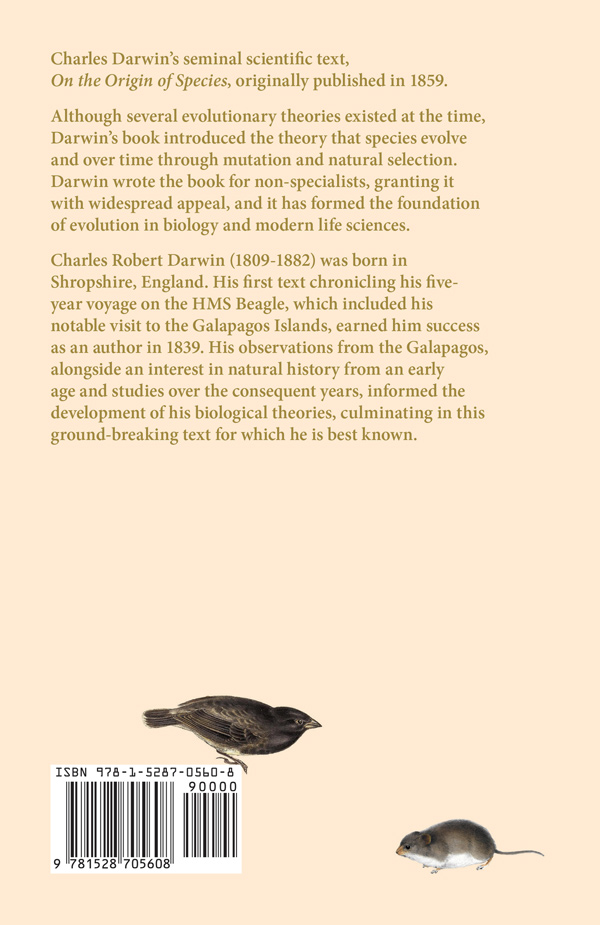 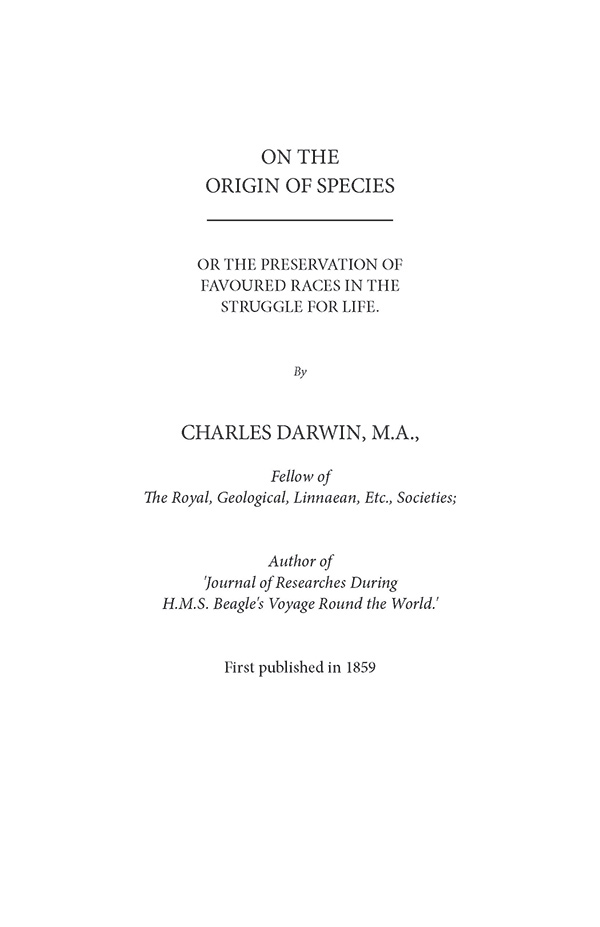 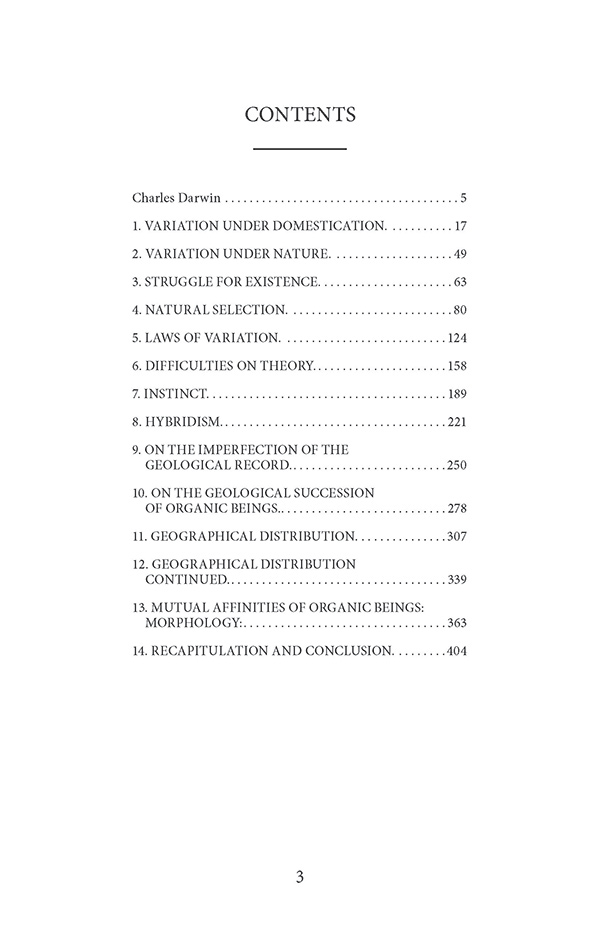 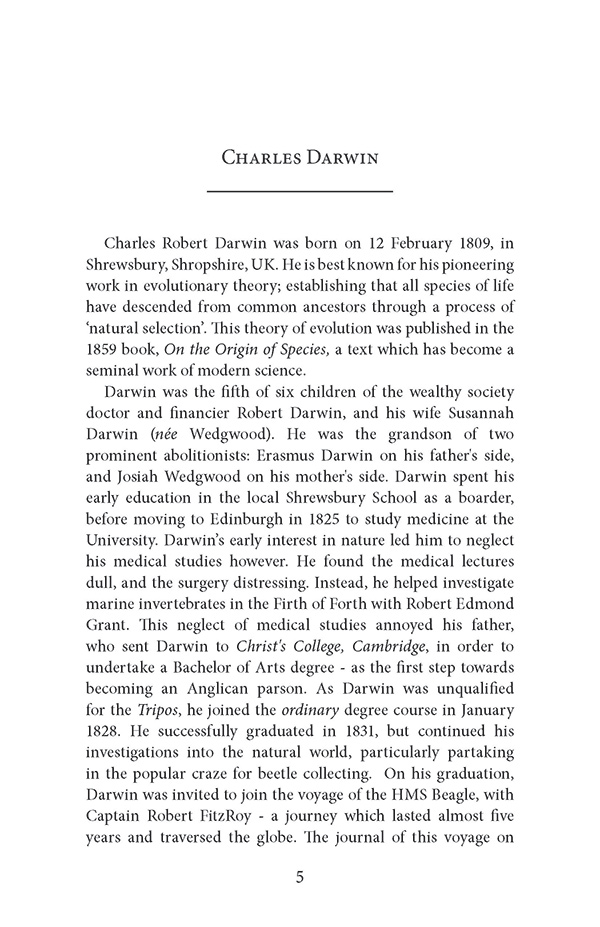 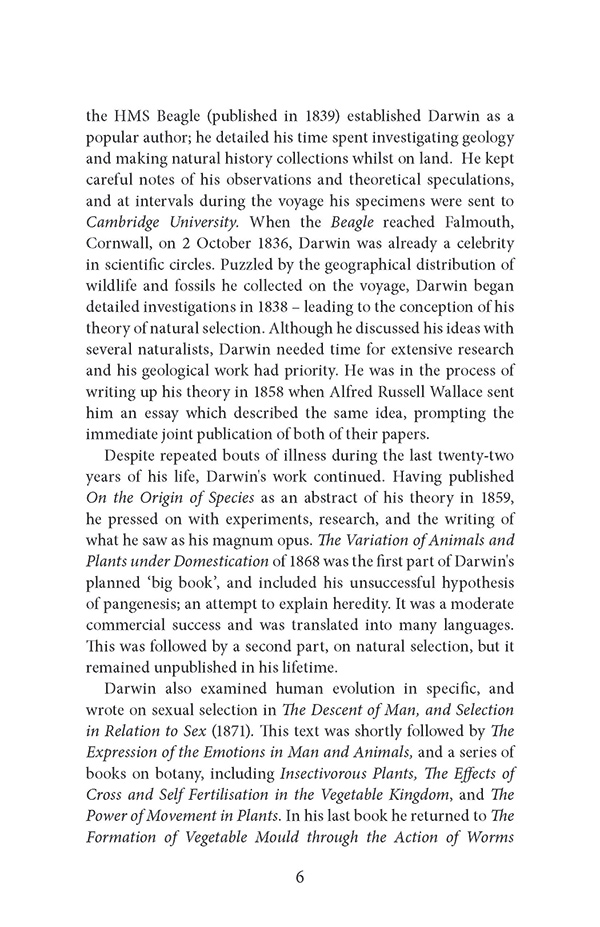 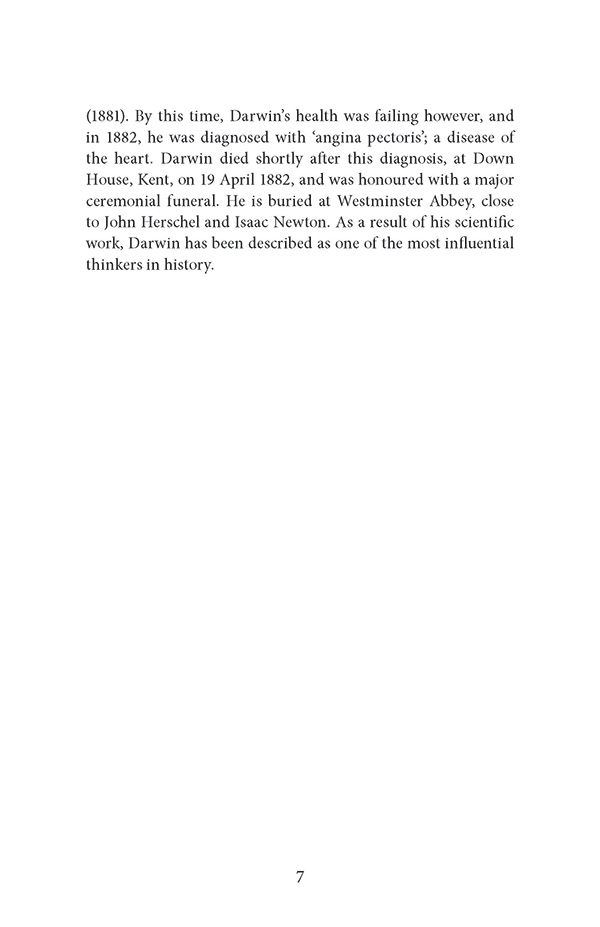 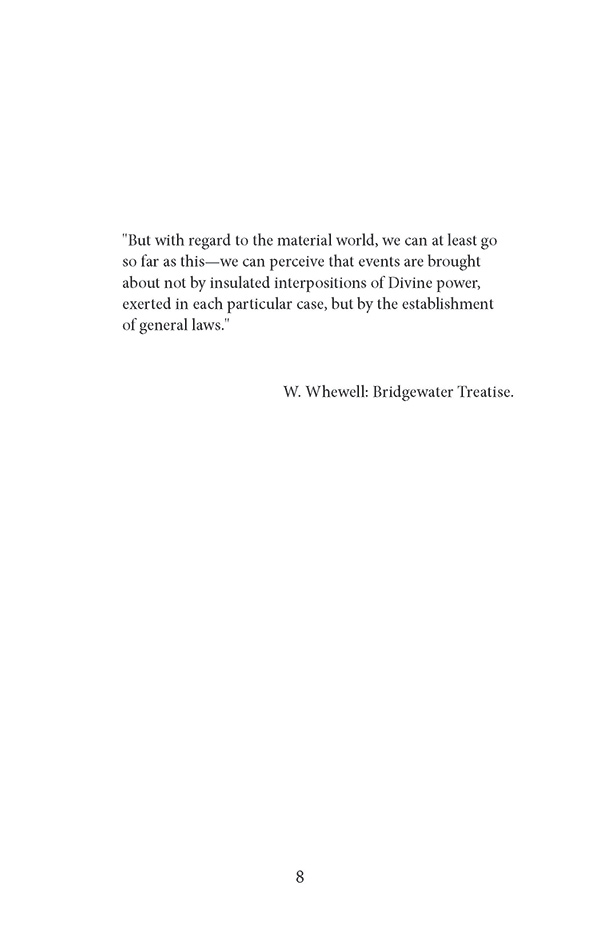 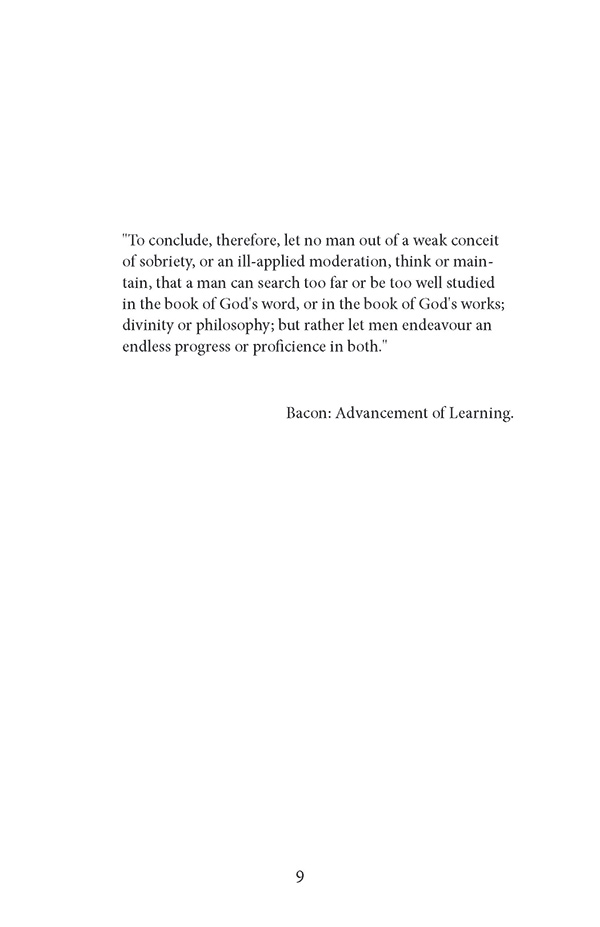 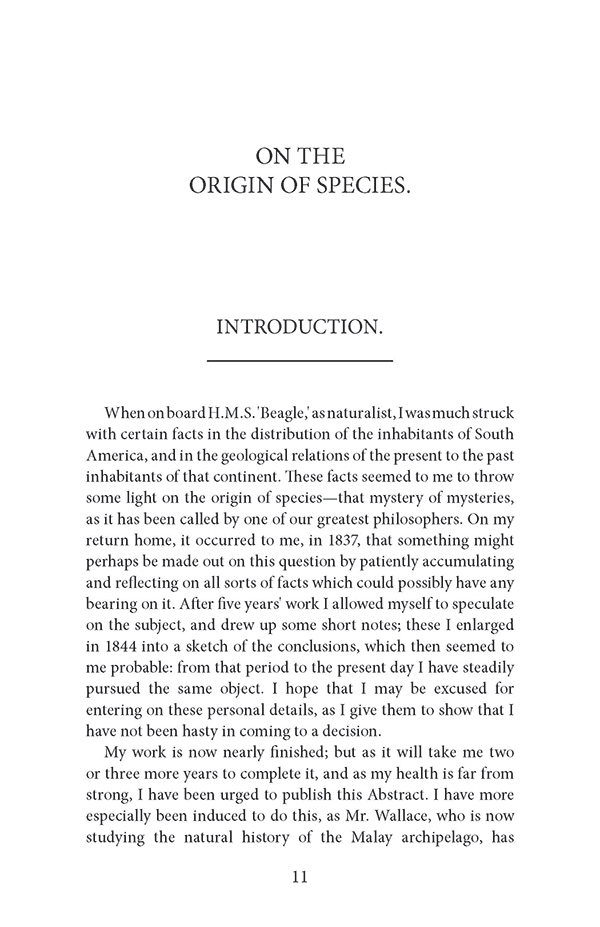 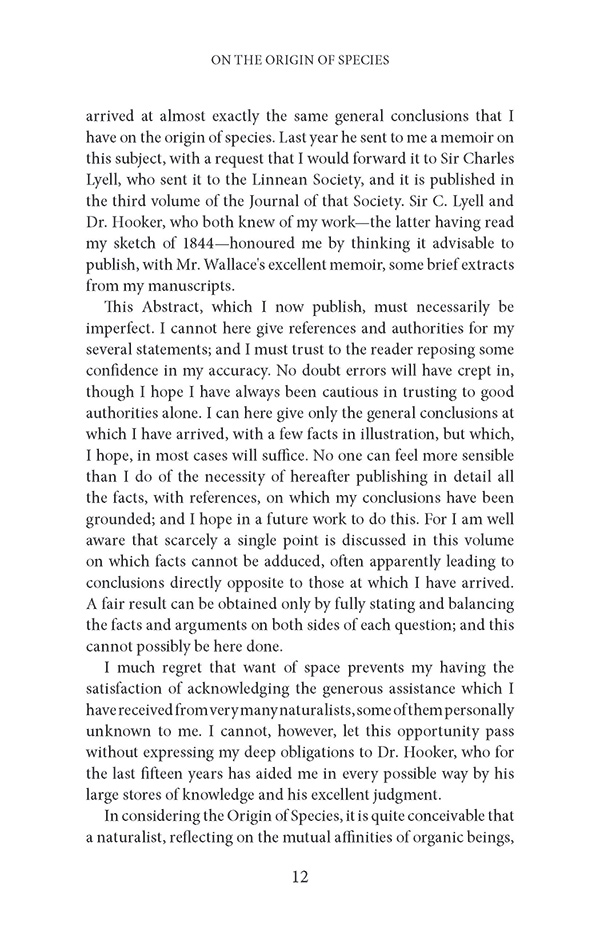 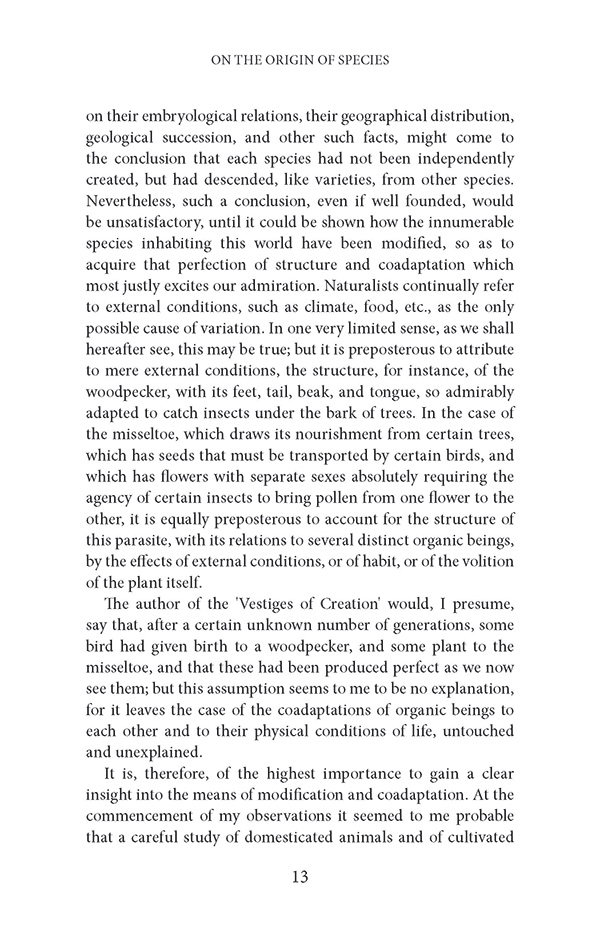 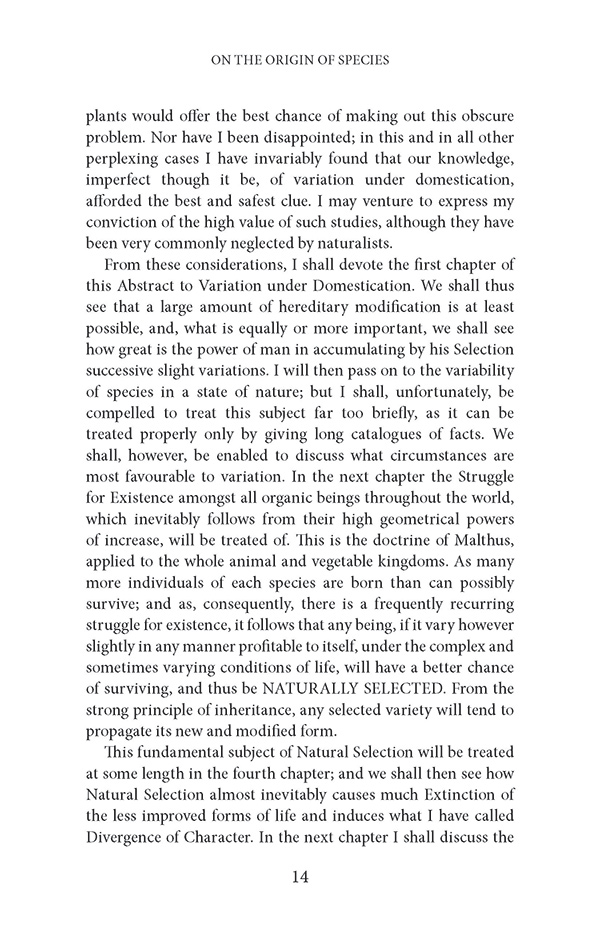 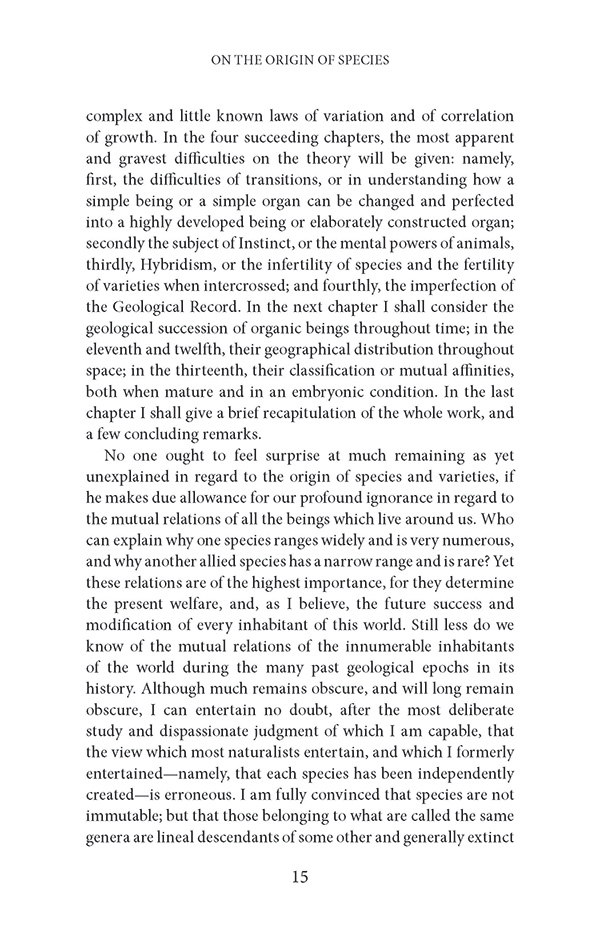 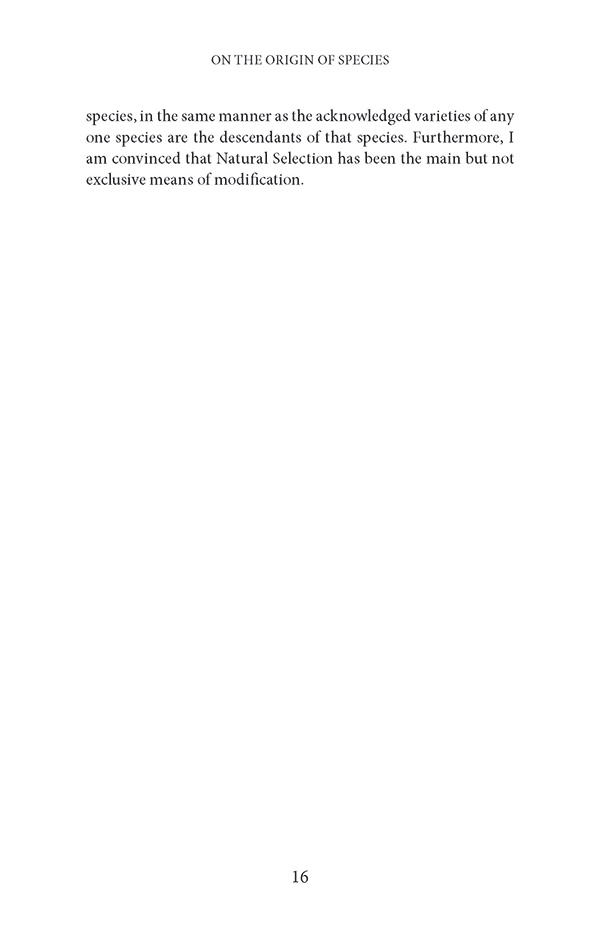 Or; The Preservation of the Favoured Races in the Struggle for Life

Although several evolutionary theories existed at the time, Darwin’s book introduced the theory that species evolve and over time through mutation and natural selection. Darwin wrote the book for non-specialists, granting it with widespread appeal, and it has formed the foundation of evolution in biology and modern life sciences.

Read & Co. Science presents this brand new edition of Charles Darwin’s seminal scientific text, “On the Origin of Species” (1859). Although several evolutionary theories existed at the time, Darwin’s book introduced the theory that species evolve and over time through mutation and natural selection. Darwin wrote the book for non-specialists, granting it with widespread appeal, and it has formed the foundation of evolution in biology and modern life sciences. Charles Robert Darwin (1809-1882) was born in Shropshire, England. His first text chronicling his five-year voyage on the HMS Beagle, which included his notable visit to the Galapagos Islands, earned him success as an author in 1839. His observations from the Galapagos, alongside an interest in natural history from an early age and studies over the consequent years, informed the development of his biological theories, culminating in this ground-breaking text for which he is best known.

Charles Robert Darwin was born on 12 February 1809, in Shrewsbury, Shropshire, UK. He is best known for his pioneering work in evolutionary theory; establishing that all species of life have descended from common ancestors through a process of ‘natural selection’. This theory of evolution was published in the 1859 book, On the Origin of Species, a text which has become a seminal work of modern science.

Darwin was the fifth of six children of the wealthy society doctor and financier Robert Darwin, and his wife Susannah Darwin (née Wedgwood). He was the grandson of two prominent abolitionists: Erasmus Darwin on his father's side, and Josiah Wedgwood on his mother's side. Darwin spent his early education in the local Shrewsbury School as a boarder, before moving to Edinburgh in 1825 to study medicine at the University. Darwin’s early interest in nature led him to neglect his medical studies however. He found the medical lectures dull, and the surgery distressing. Instead, he helped investigate marine invertebrates in the Firth of Forth with Robert Edmond Grant. This neglect of medical studies annoyed his father, who sent Darwin to Christ's College, Cambridge, in order to undertake a Bachelor of Arts degree - as the first step towards becoming an Anglican parson. As Darwin was unqualified for the Tripos, he joined the ordinary degree course in January 1828. He successfully graduated in 1831, but continued his investigations into the natural world, particularly partaking in the popular craze for beetle collecting.

On his graduation, Darwin was invited to join the voyage of the HMS Beagle, with Captain Robert FitzRoy - a journey which lasted almost five years and traversed the globe. The journal of this voyage on the HMS Beagle (published in 1839) established Darwin as a popular author; he detailed his time spent investigating geology and making natural history collections whilst on land.  He kept careful notes of his observations and theoretical speculations, and at intervals during the voyage his specimens were sent to Cambridge University. When the Beagle reached Falmouth, Cornwall, on 2 October 1836, Darwin was already a celebrity in scientific circles. Puzzled by the geographical distribution of wildlife and fossils he collected on the voyage, Darwin began detailed investigations in 1838 – leading to the conception of his theory of natural selection. Although he discussed his ideas with several naturalists, Darwin needed time for extensive research and his geological work had priority. He was in the process of writing up his theory in 1858 when Alfred Russell Wallace sent him an essay which described the same idea, prompting the immediate joint publication of both of their papers.

Despite repeated bouts of illness during the last twenty-two years of his life, Darwin's work continued. Having published On the Origin of Species as an abstract of his theory in 1859, he pressed on with experiments, research, and the writing of what he saw as his magnum opus. The Variation of Animals and Plants under Domestication of 1868 was the first part of Darwin's planned ‘big book’, and included his unsuccessful hypothesis of pangenesis; an attempt to explain heredity. It was a moderate commercial success and was translated into many languages. This was followed by a second part, on natural selection, but it remained unpublished in his lifetime.

Darwin also examined human evolution in specific, and wrote on sexual selection in The Descent of Man, and Selection in Relation to Sex (1871). This text was shortly followed by The Expression of the Emotions in Man and Animals, and a series of books on botany, including Insectivorous Plants, The Effects of Cross and Self Fertilisation in the Vegetable Kingdom, and The Power of Movement in Plants. In his last book he returned to The Formation of Vegetable Mould through the Action of Worms (1881). By this time, Darwin’s health was failing however, and in 1882, he was diagnosed with ‘angina pectoris’; a disease of the heart. Darwin died shortly after this diagnosis, at Down House, Kent, on 19 April 1882, and was honoured with a major ceremonial funeral. He is buried at Westminster Abbey, close to John Herschel and Isaac Newton. As a result of his scientific work, Darwin has been described as one of the most influential thinkers in history.