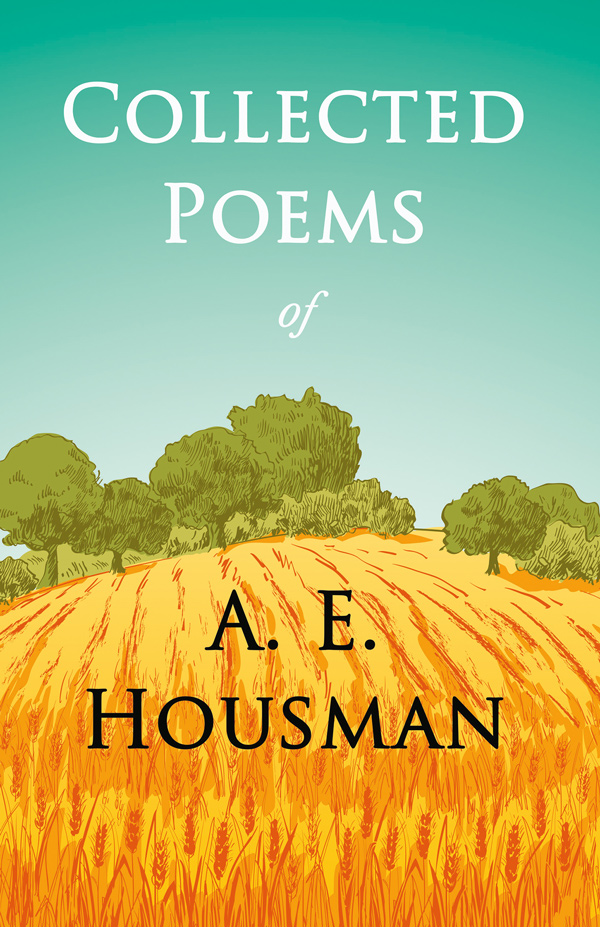 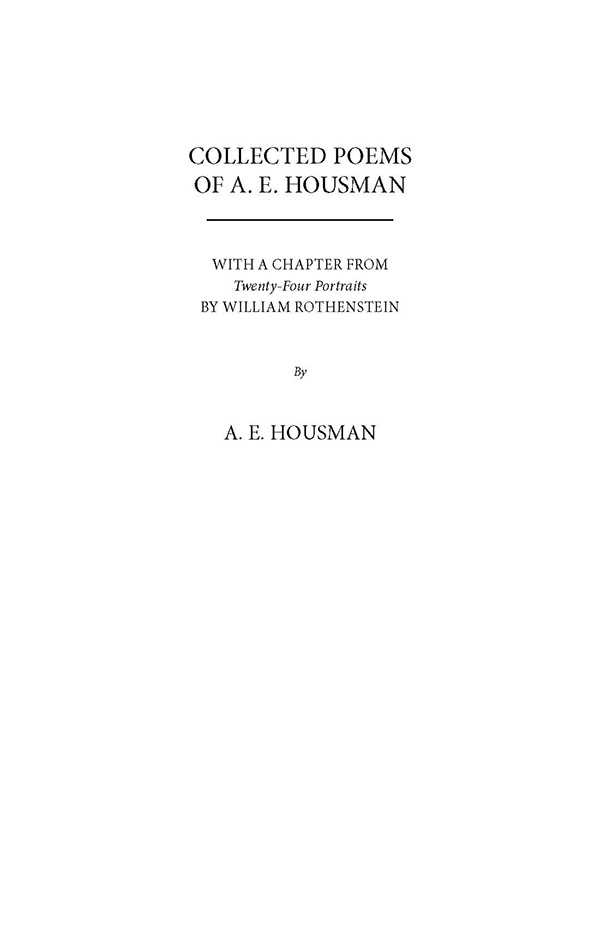 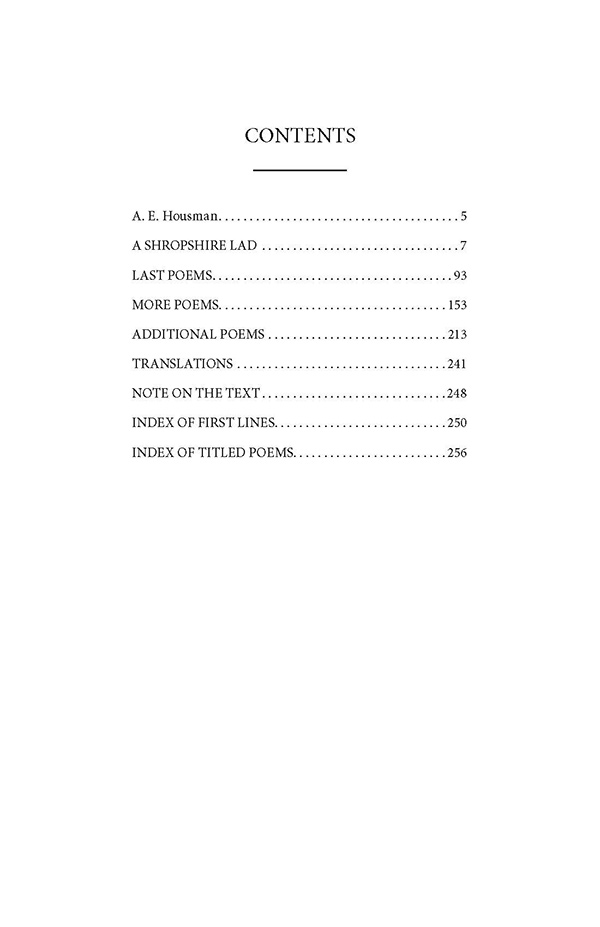 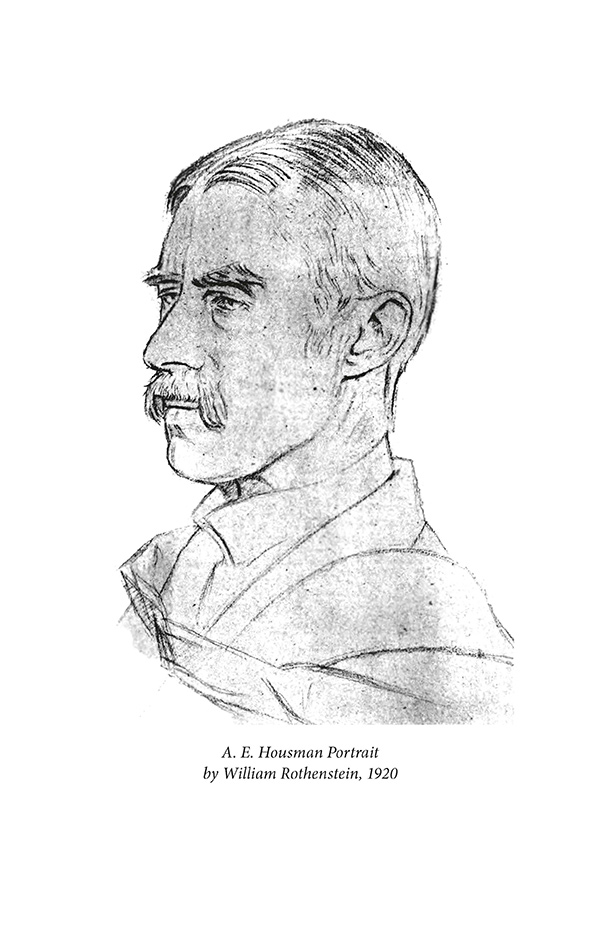 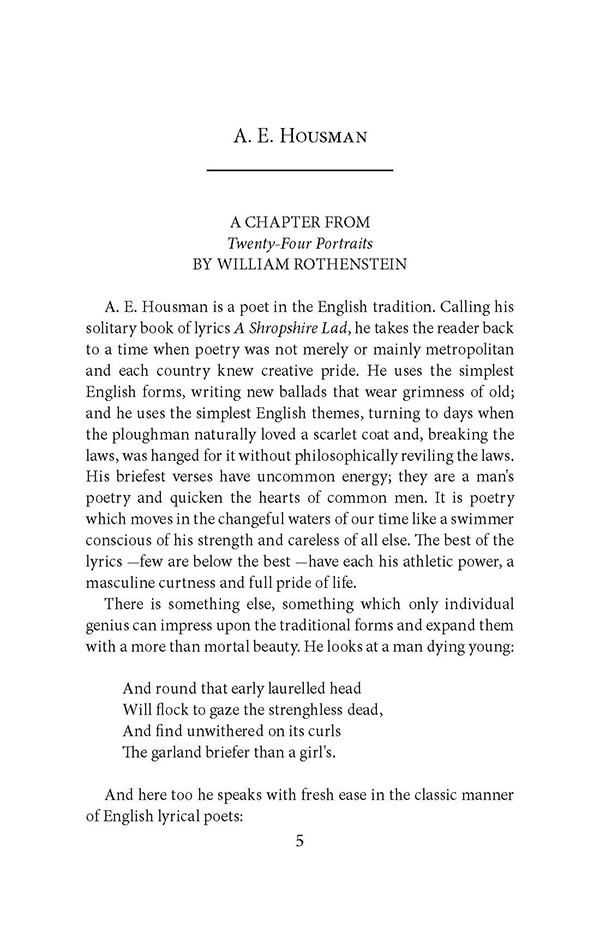 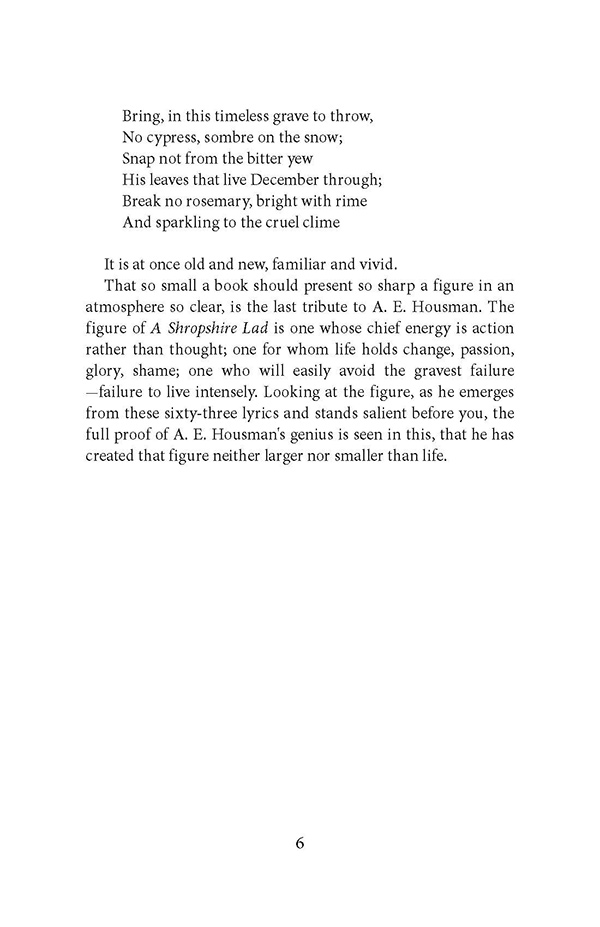 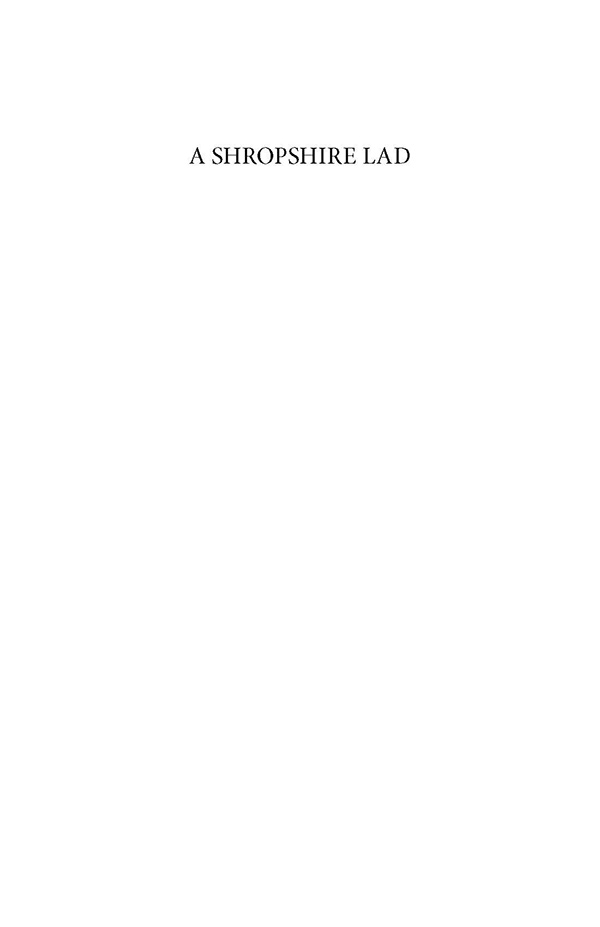 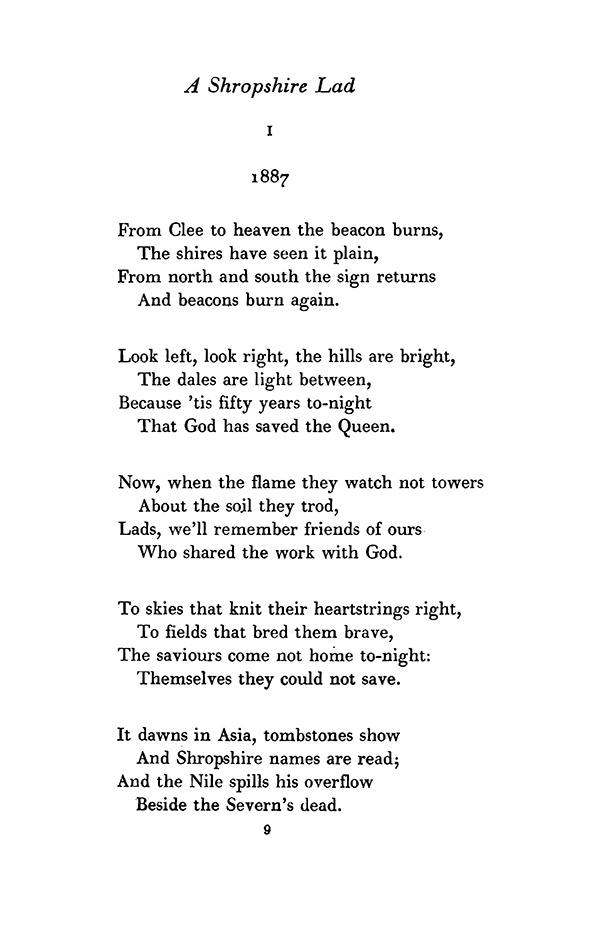 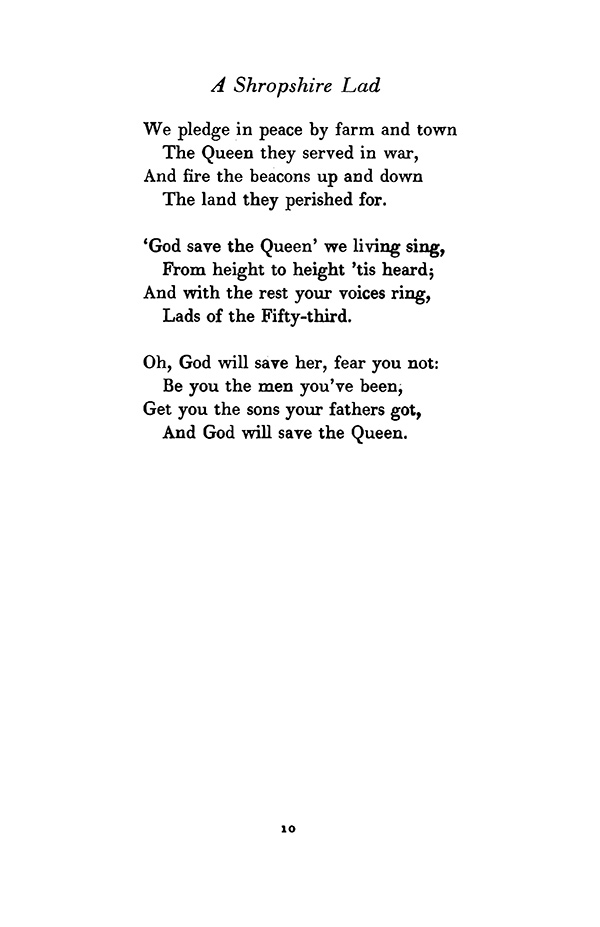 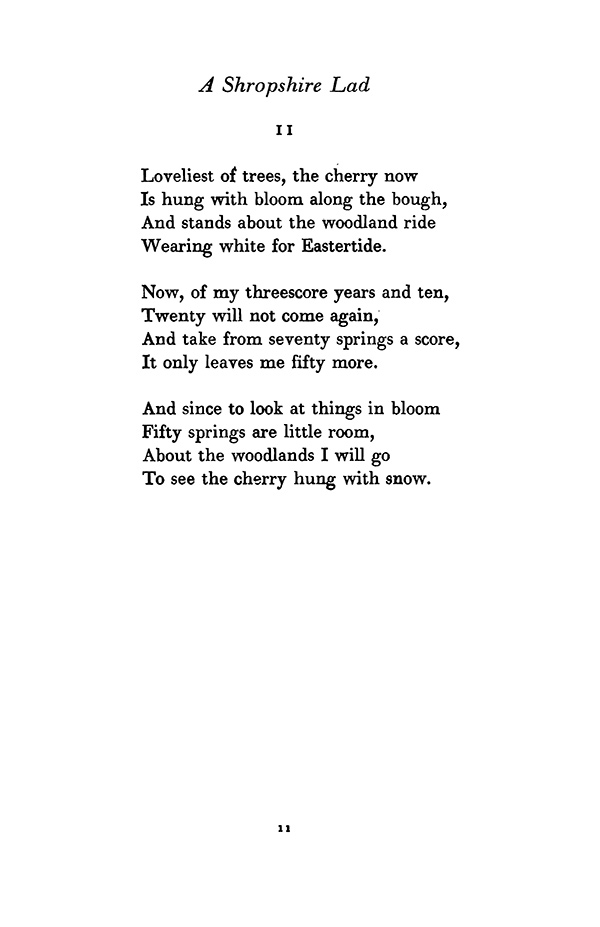 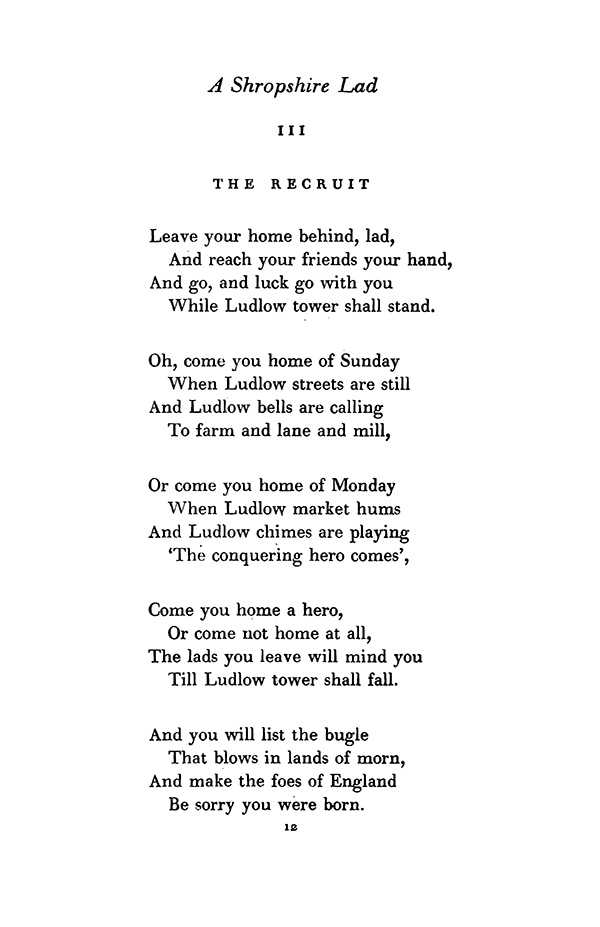 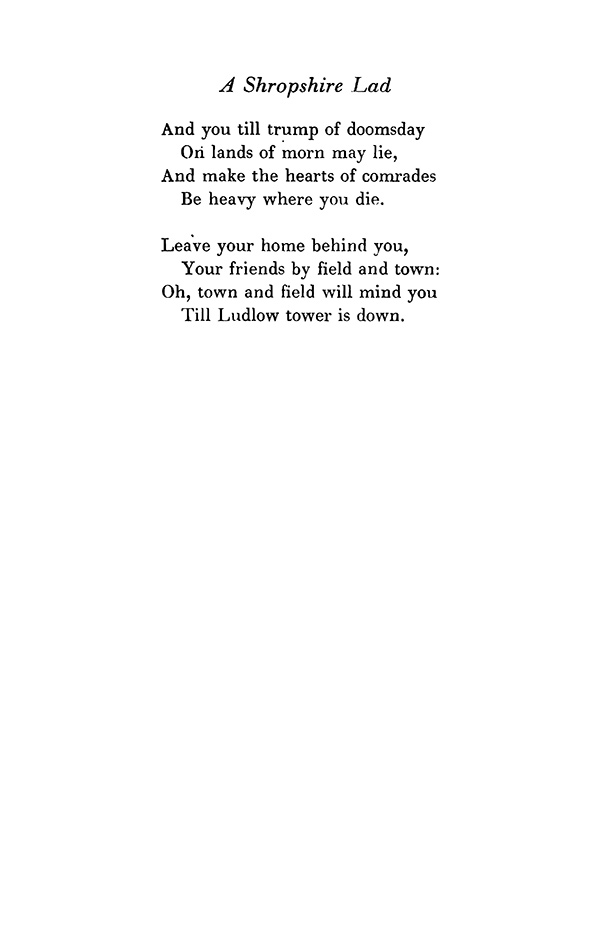 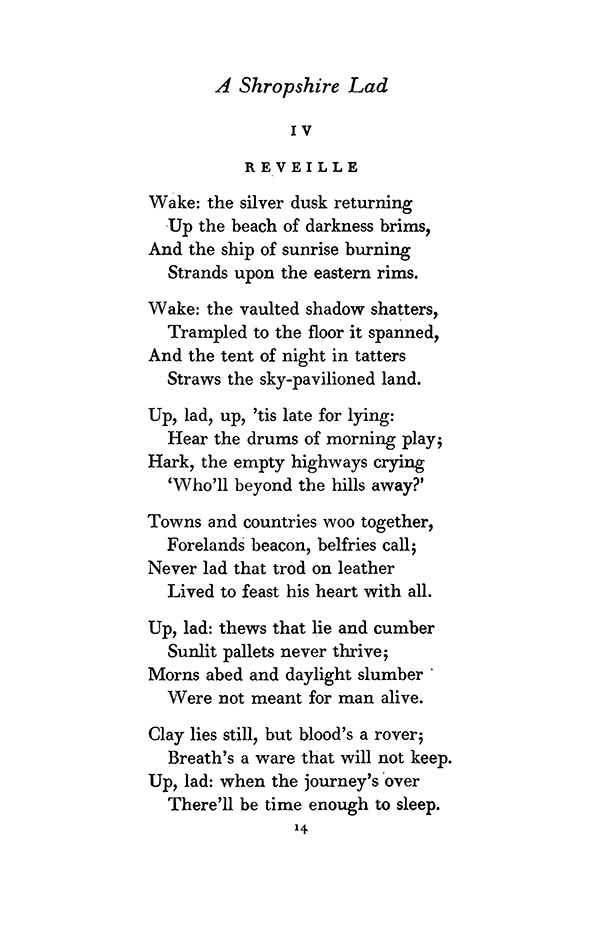 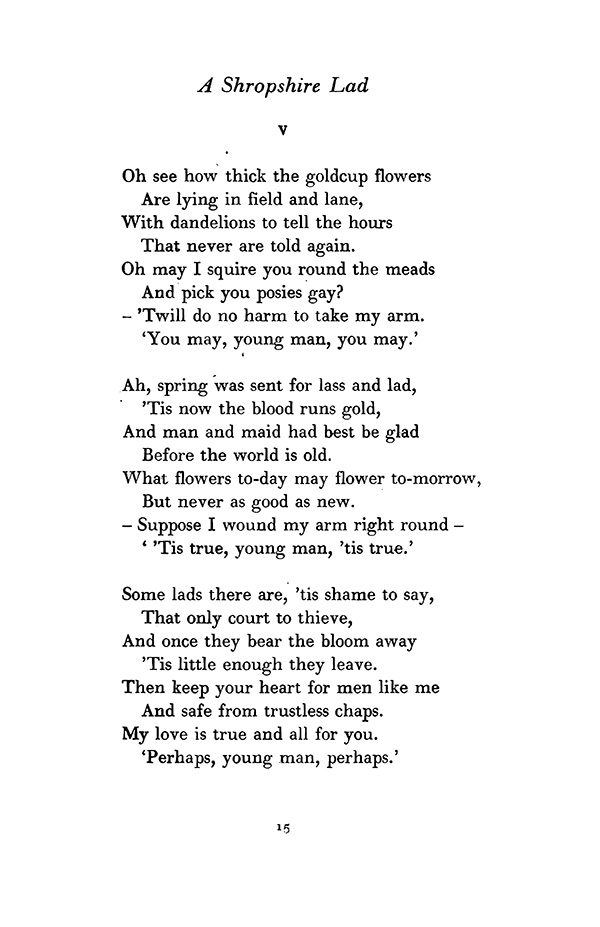 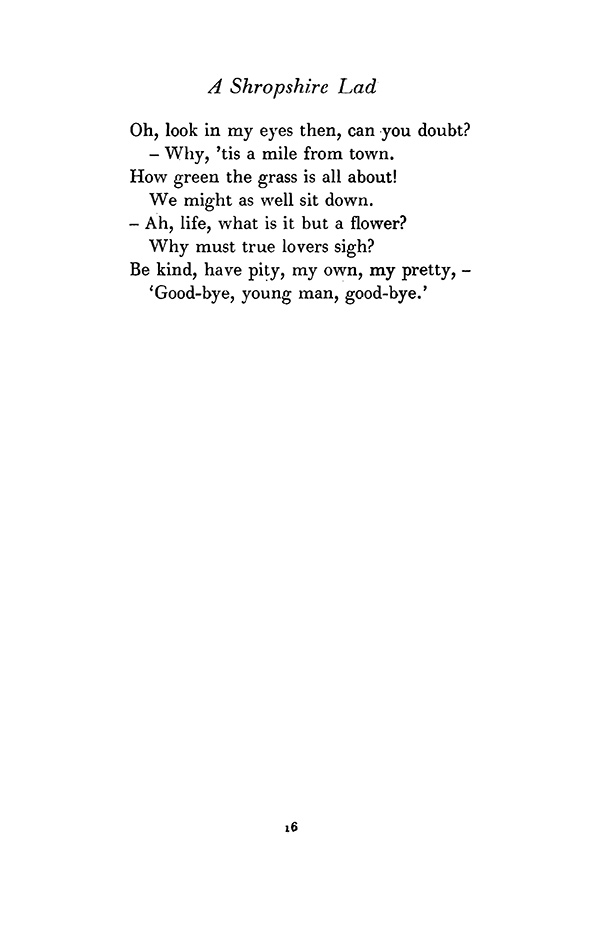 First published in 1922, this book contains the collected poems of A. E. Housman.

First published in 1922, this book contains the collected poems of A. E. Housman. Alfred Edward Housman (1859–1936), also known as A. E. Housman, was an English poet and classical scholar most famous for his cycle of poems “A Shropshire Lad”. He was a leading classicist during his time and is hailed as being among the greatest scholars of all time. Contents include: “Shropshire Lad”, “Last Poems”, “More Poems”, “Additional Poems”, “Translations”, “Note on the Text by John Carter”, “Index of First Lines”, and “Index of Titled Poems”. A fantastic collection by a master poet not to be missed by lovers of the English language. This classic work is being republished now in a new edition complete with a chapter from “Twenty-Four Portraits” by William Rothenstein.

Alfred Edward Housman was born in Bromsgrove, England in 1859. The oldest of seven children, he won a scholarship to St John's College, Oxford, where he made the acquaintance of Oscar Wilde, John Ruskin, and other personalities of the day.  Housman became deeply interested in redaction — a form of editing where multiple classical works are corrected and combined into a whole. He made an early impression on his field with an edition of Manilius, a lengthily work by a first-century Roman astronomer

After graduating, Housman spent the next eleven years working as a clerk in the Patent Office. In his spare time, he studied in the British Museum, and collected an impressive body of textual criticism. In 1892, on the strength of this scholarship, he was offered the Chair of Latin at University College, London (UCL).

Four years later, Housman published the work for which he is best-remembered: A Shropshire Lad. A book of sixty three poems evoking the doomed youth of the lonely English countryside, the poems were hugely popular with the public, if confusing to Housman's contemporaries. (Auden complained he was adolescent, and Orwell confused him with the class war.)

In 1911, Housman became Kennedy Professor of Latin in Cambridge, and a fellow of Trinity College. During the First World War, Trinity was half-converted into a hospital and barracks, and Housman contributes verses to The Blunderbuss, a magazine produced by troops billeted there. Four years after the war, Housman published Last Poems.

Housman died in 1936, aged 77. He was buried in Ludlow, in his native Shropshire. Housman is still remembered as one of the foremost classicists of his age, and has been ranked as one of the greatest scholars of all time. His editions of Juvenal, Manilius and Lucan are still considered authoritative.

Be the first to review “Collected Poems” Cancel reply

The Rules of Poetry