Log In
This book can be found in:
Poetry & Drama | Poetry | Poetry Anthologies 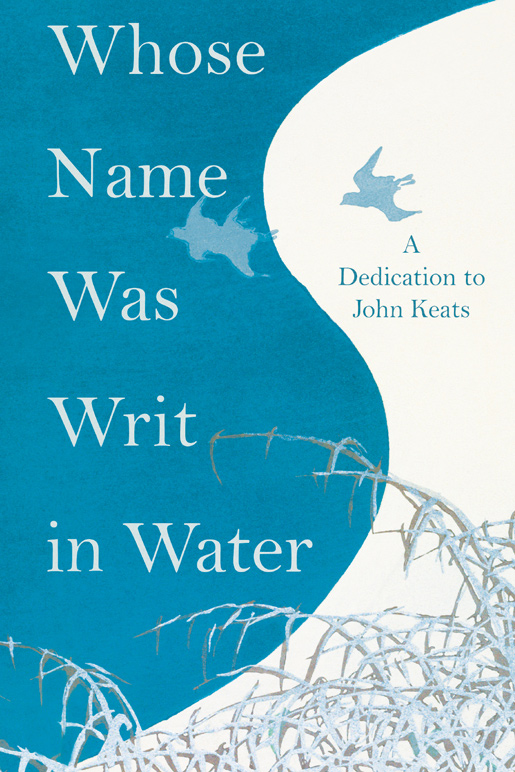 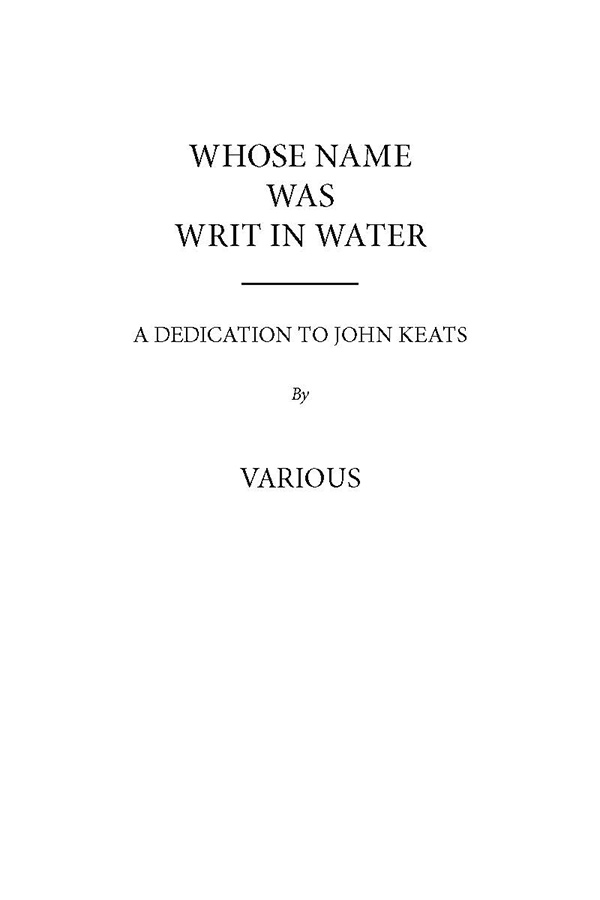 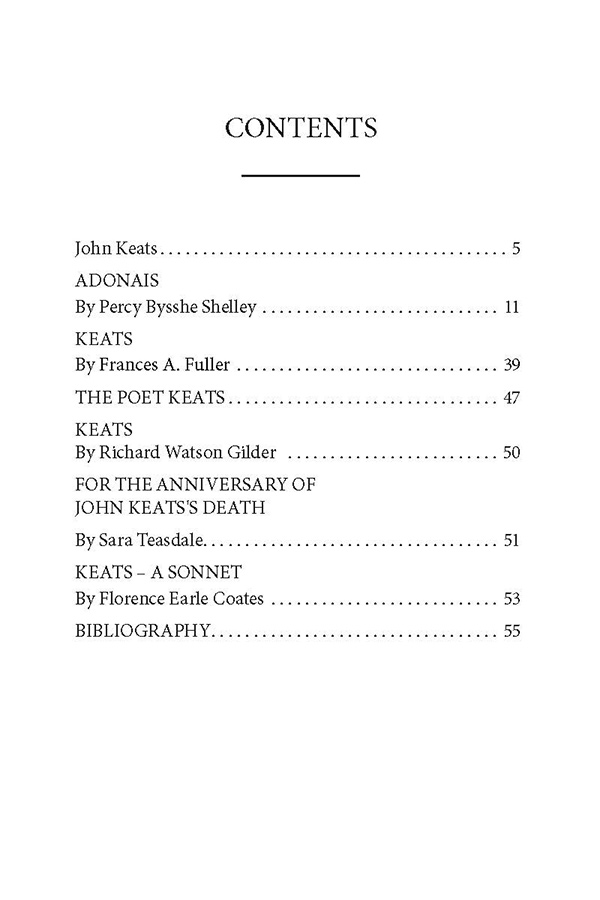 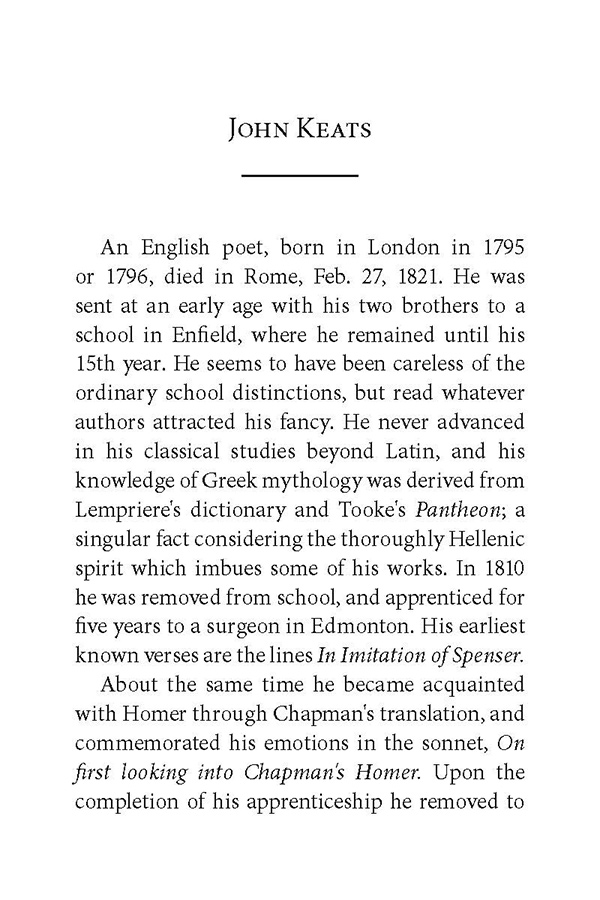 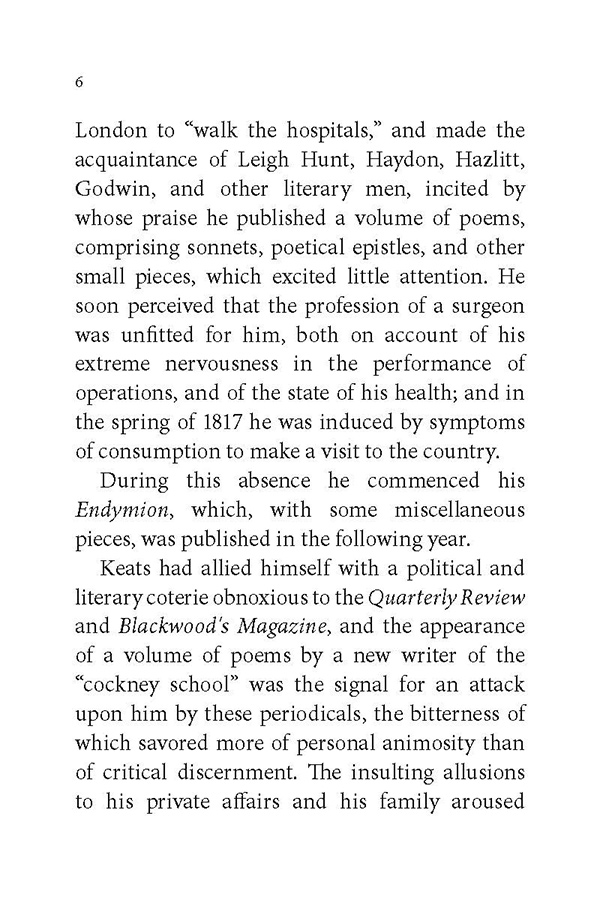 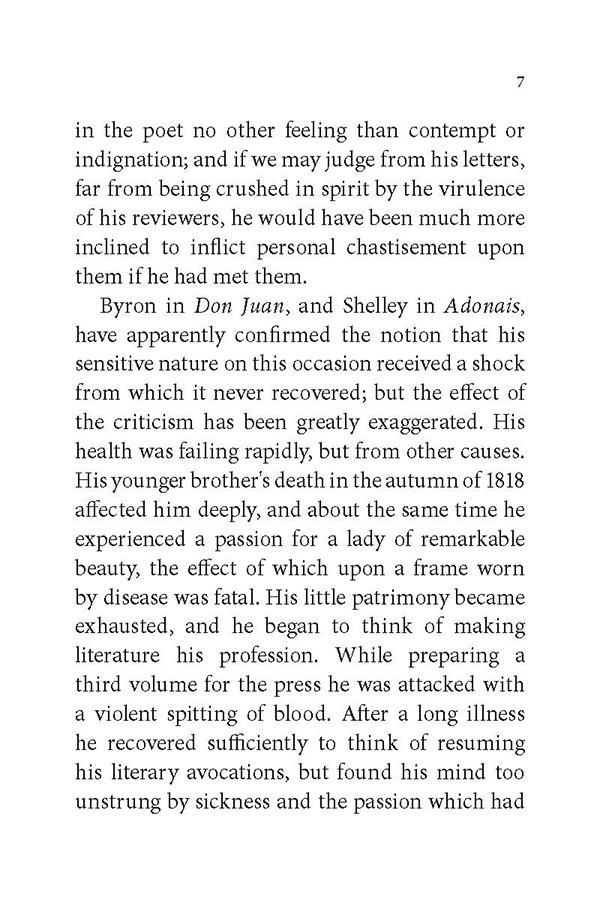 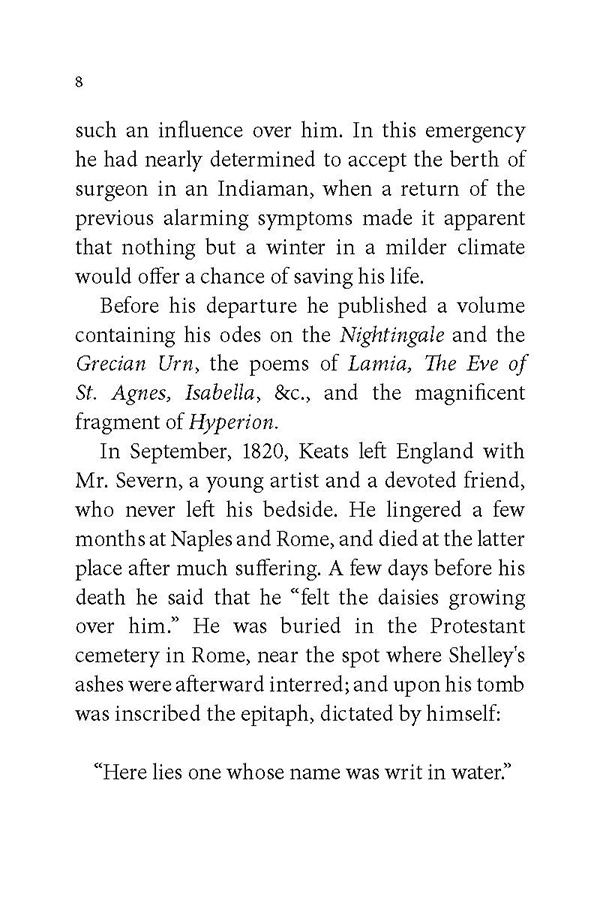 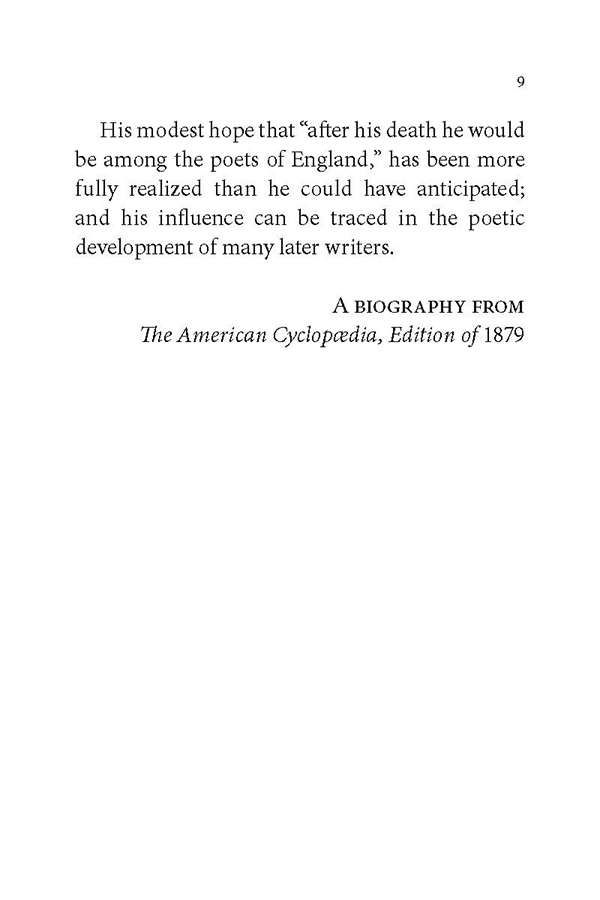 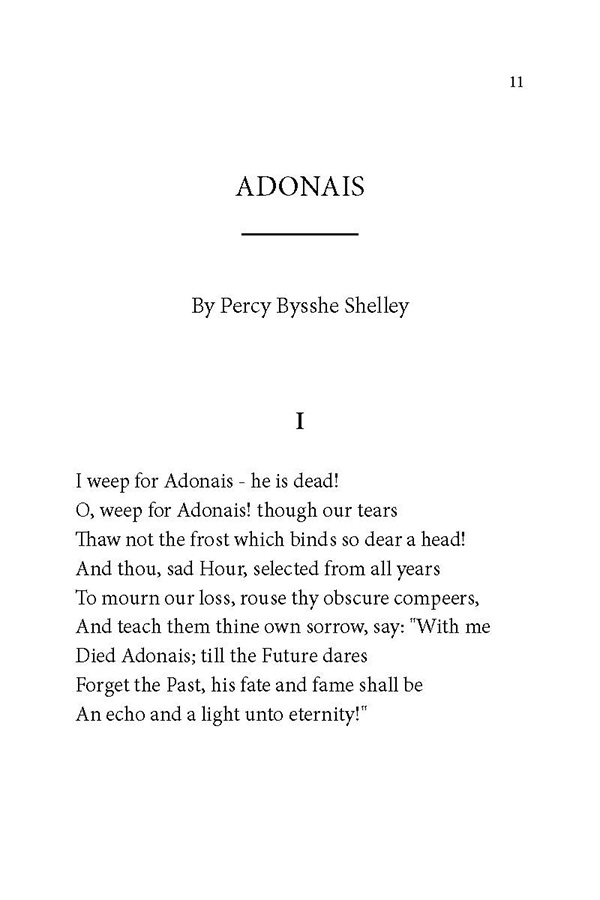 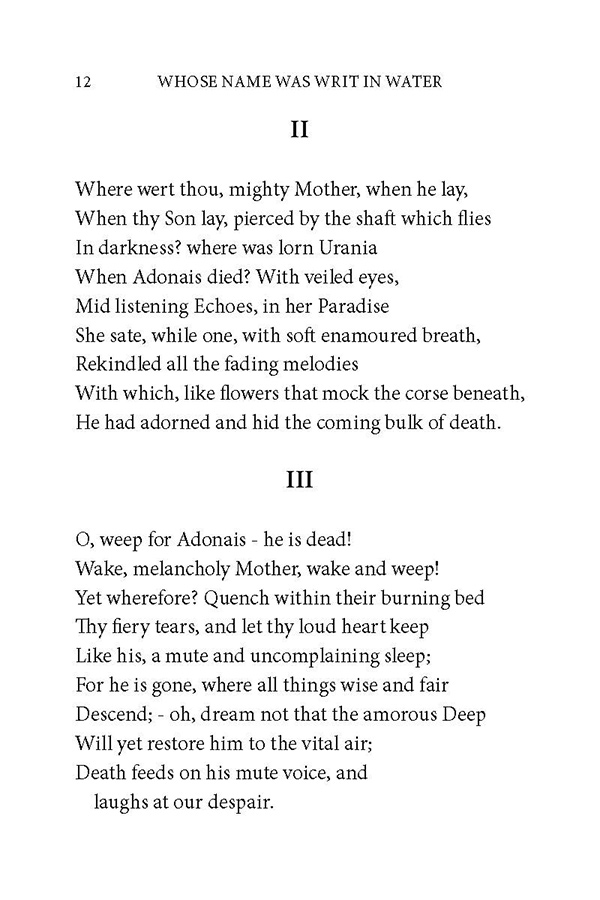 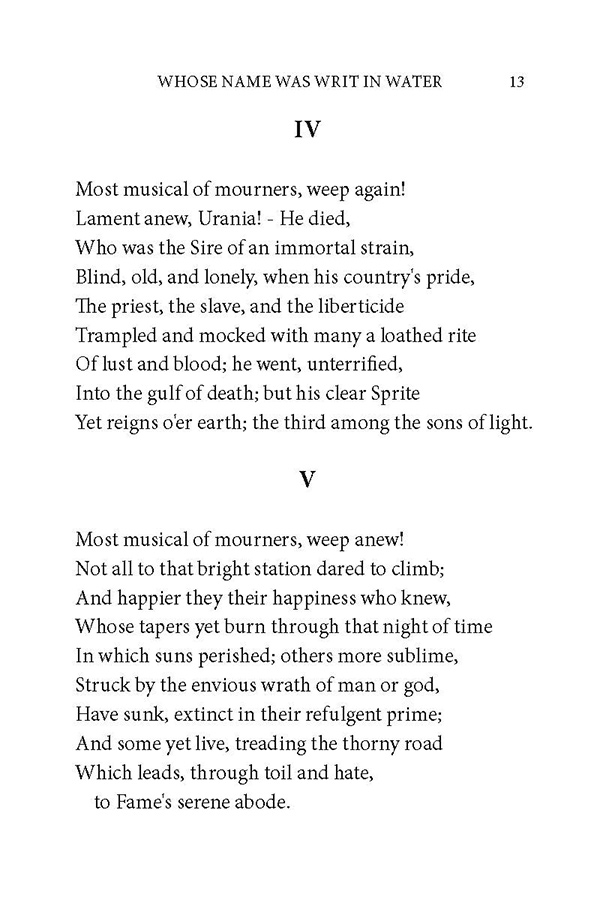 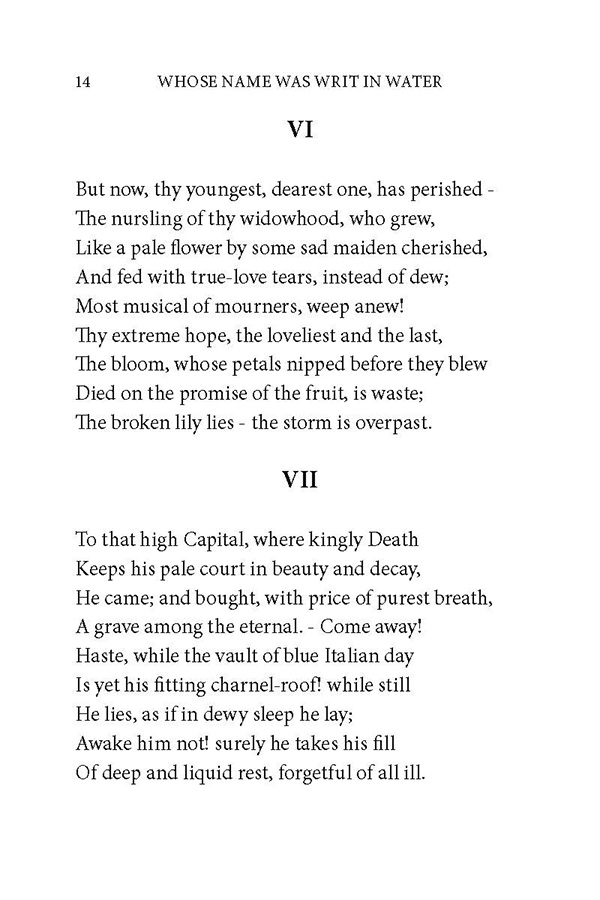 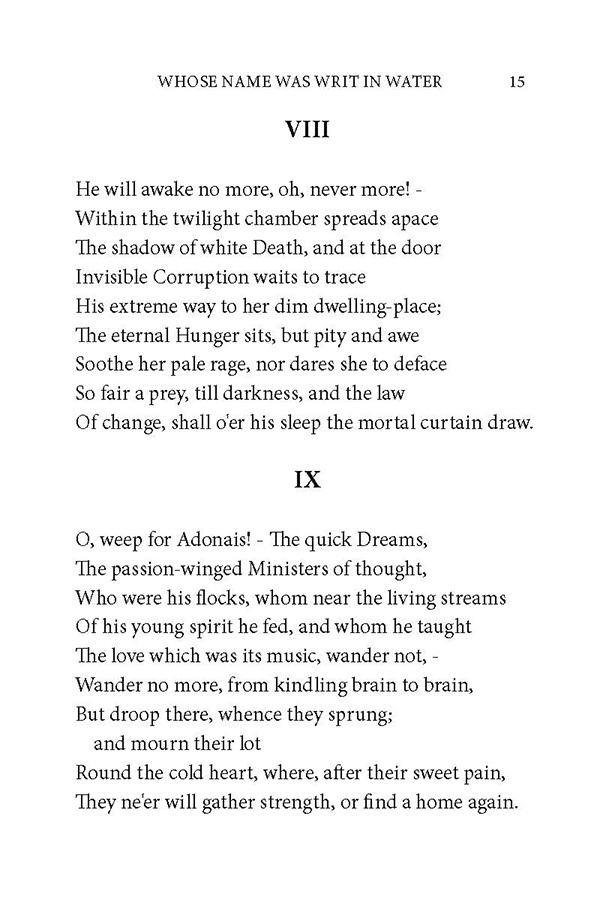 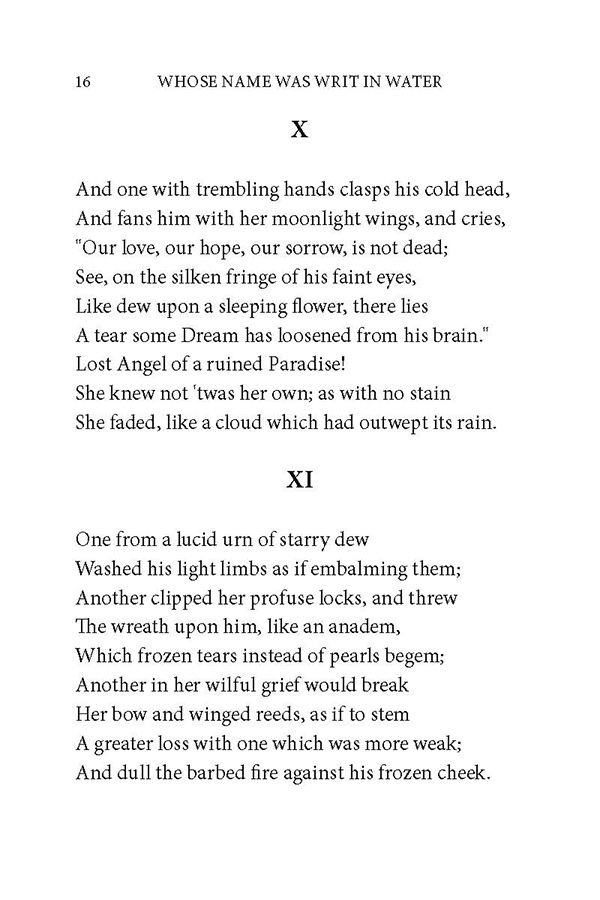 A Dedication to John Keats

“Whose Name was Writ in Water” contains a fantastic collection of poetry by various authors written in dedication to English Romantic poet John Keats (1795–1821). Together with Lord Byron and Percy Bysshe Shelley, he was a key figure during the second generation of Romantic poets most famous for such poems as “Sleep and Poetry”, “Ode to a Nightingale”, and “On First Looking into Chapman’s Homer”. Keats died at the age of 25 from tuberculosis, only four years after the first publication of his works. Despite not being praised by critics during his short life, Keats has since become one of the most celebrated English poets to have ever lived. Contents include: “Adonais, by Percy Bysshe Shelley”, “Keats, by Frances A. Fuller”, “The Poet Keats”, “Keats, by Richard Watson Gilder”, “For the Anniversary of John Keats’s Death, by Sara Teasdale”, and “Keats – A Sonnet, by Florence Earle Coates”. A beautiful collection of classic poems that will appeal to poetry lovers and those with a particular interest in the life and work of this incredible English literary figure. Ragged Hand is publishing this brand new collection of classic poetry now complete with a specially-commissioned new biography of the author.

Songs of the Sea

A Pillow Strewed with Thorns