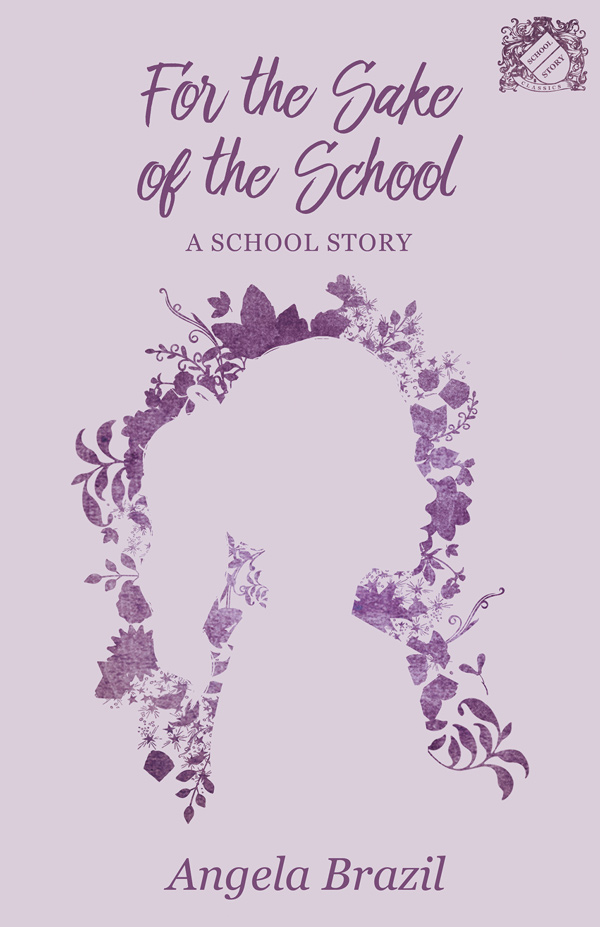 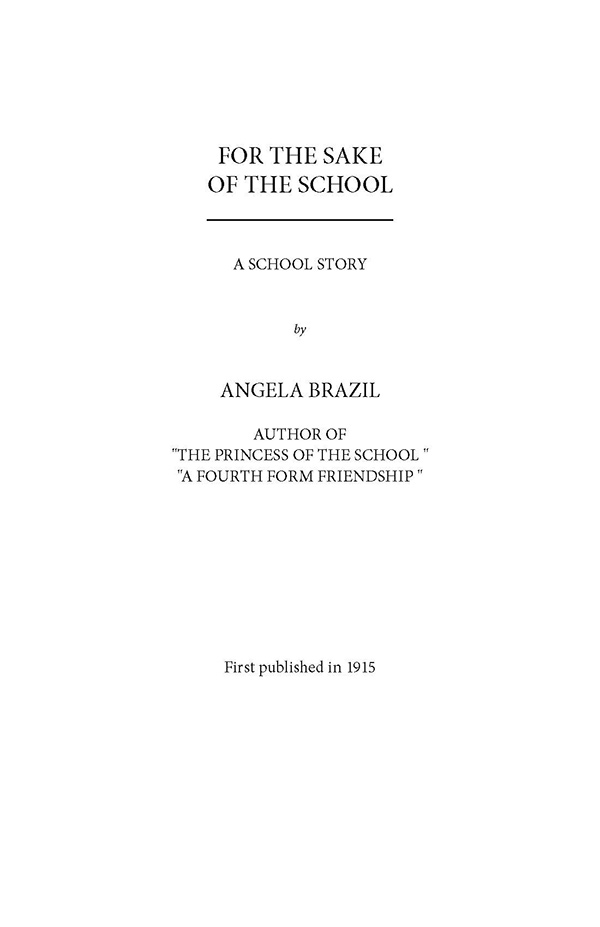 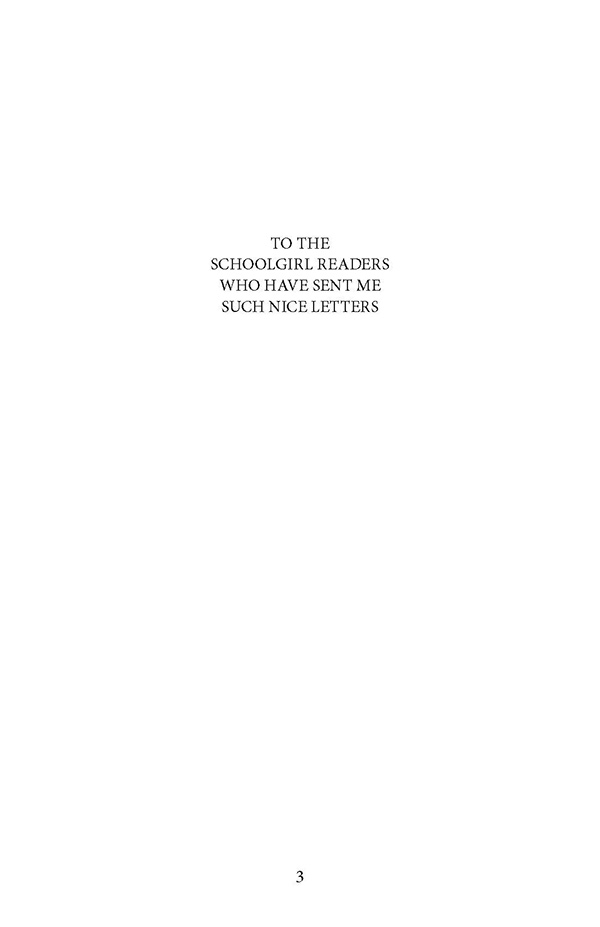 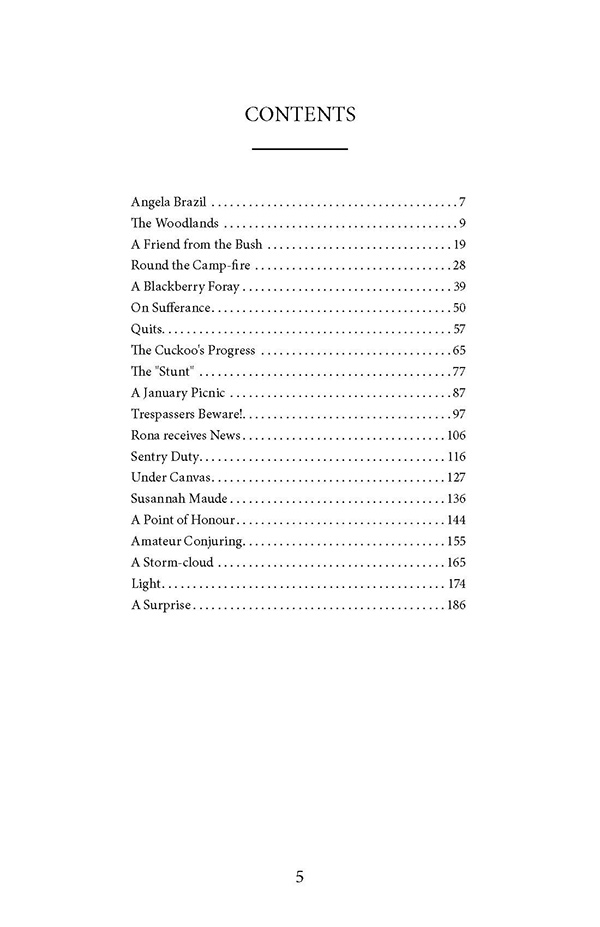 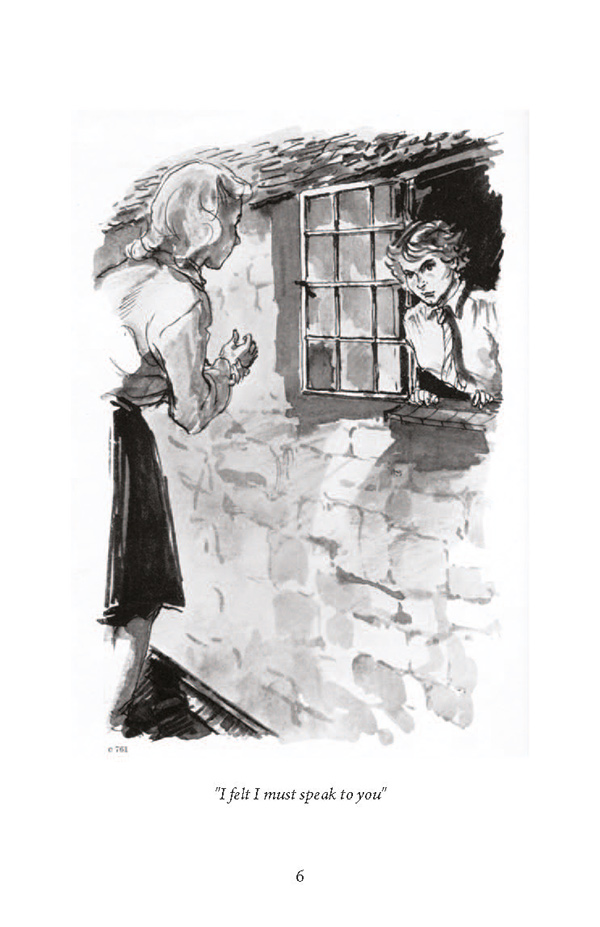 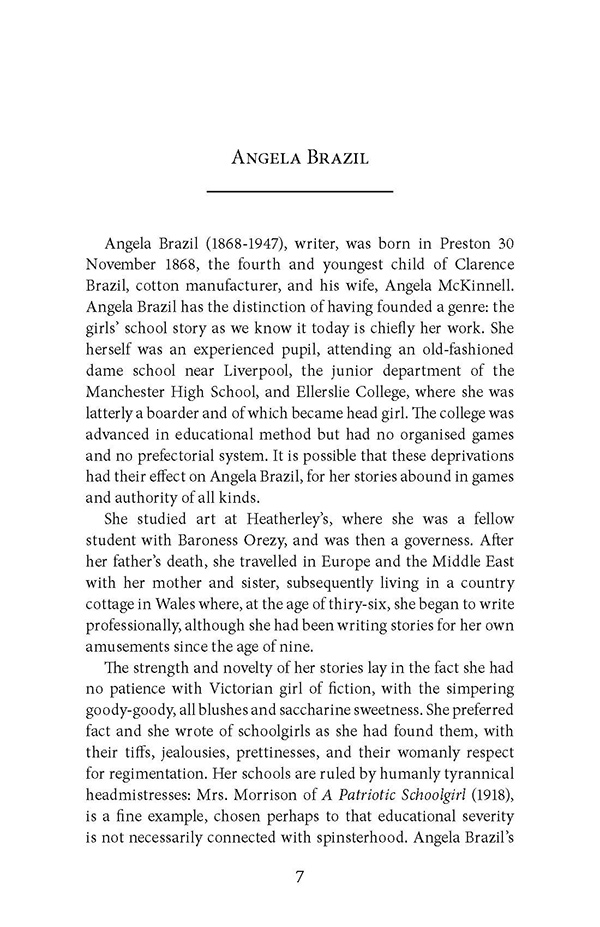 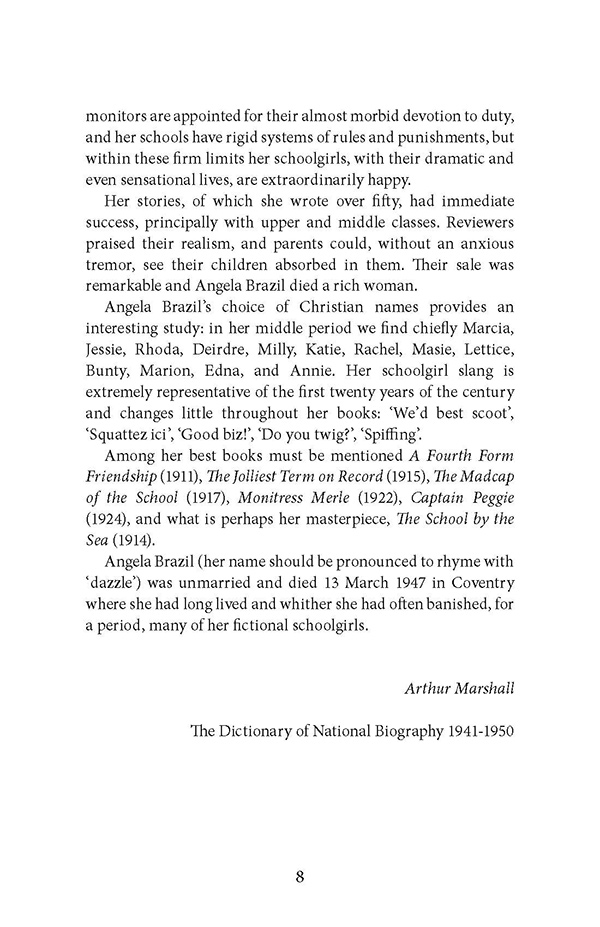 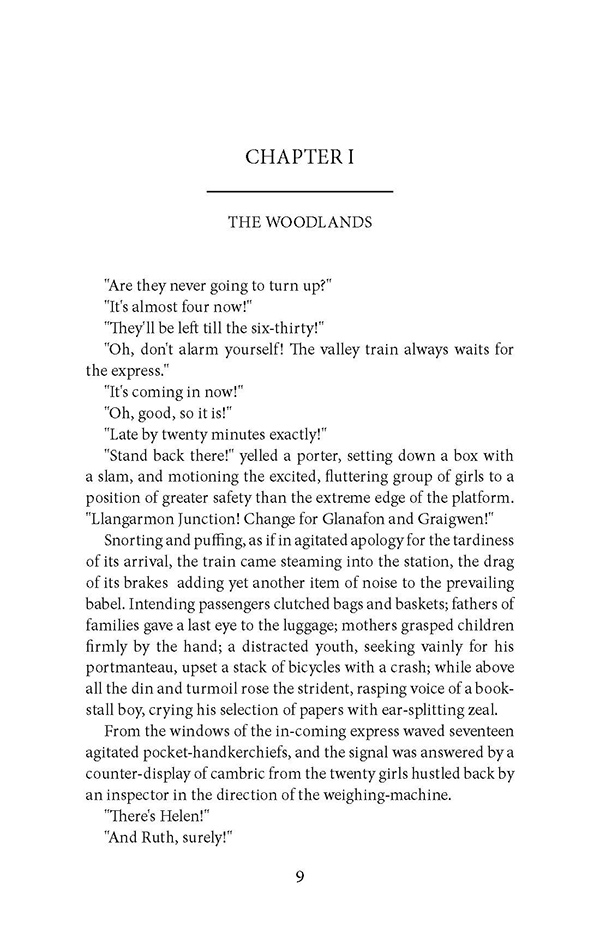 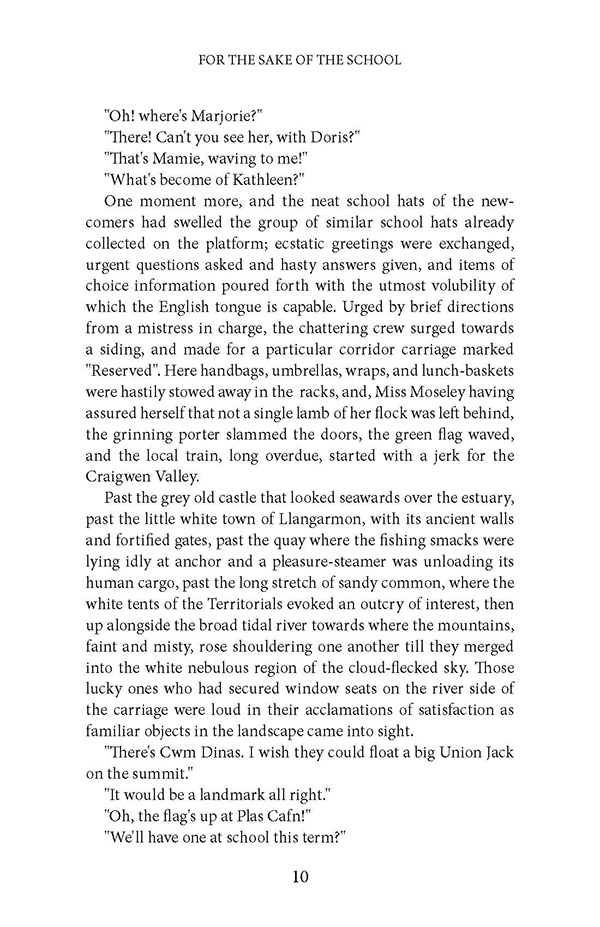 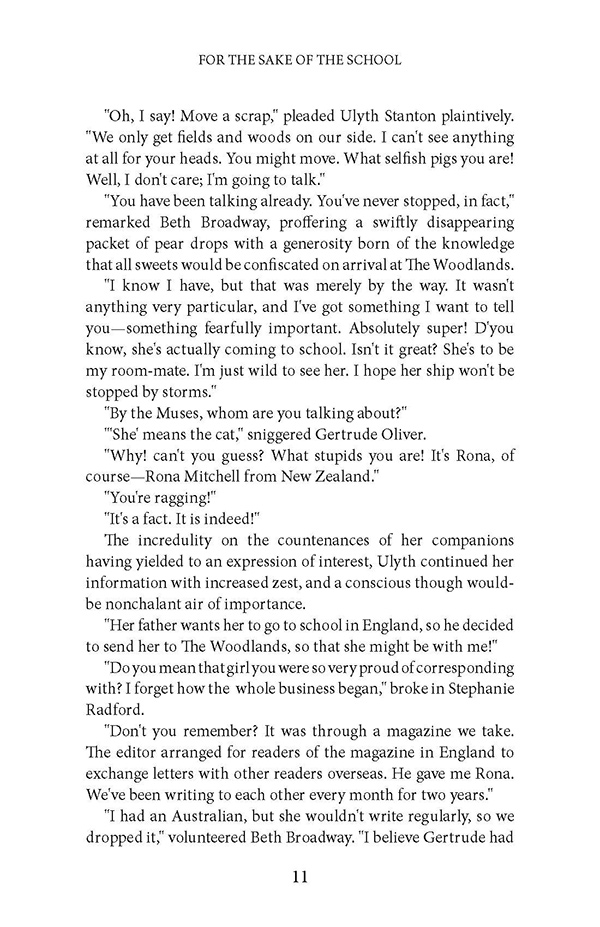 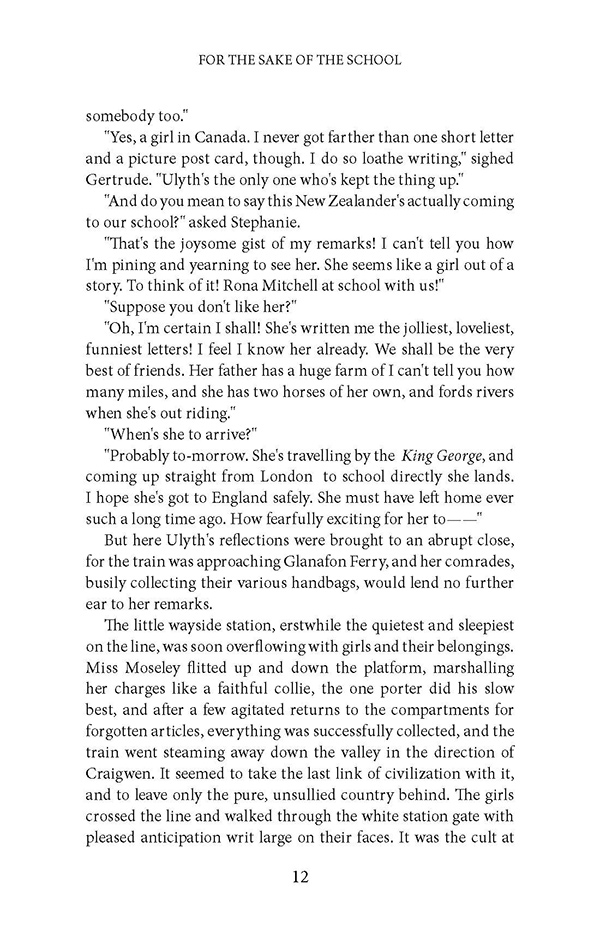 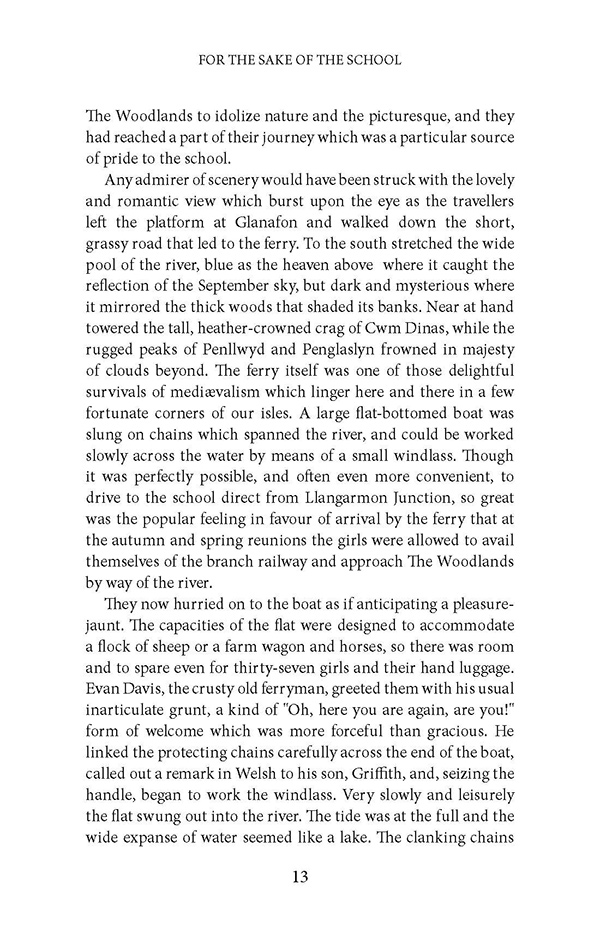 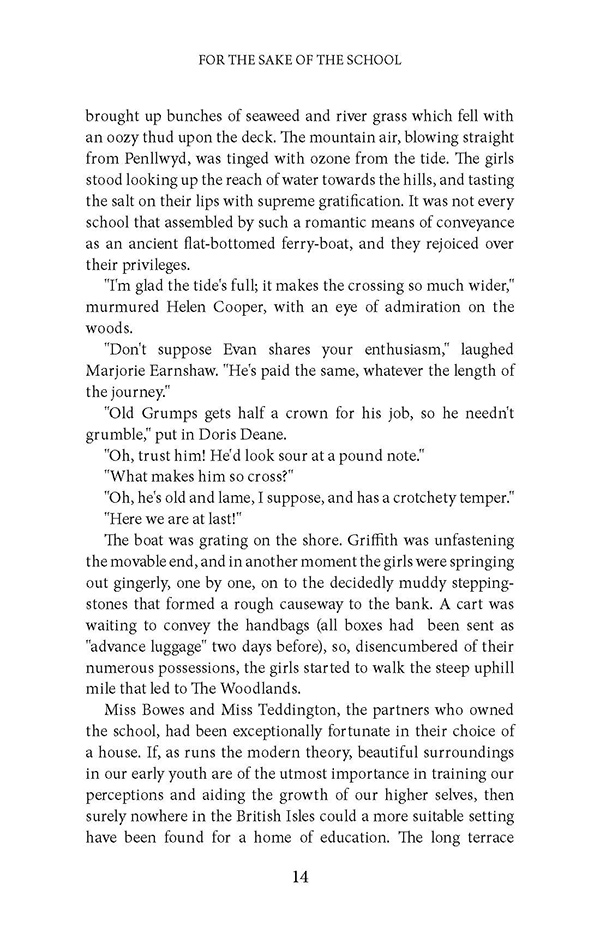 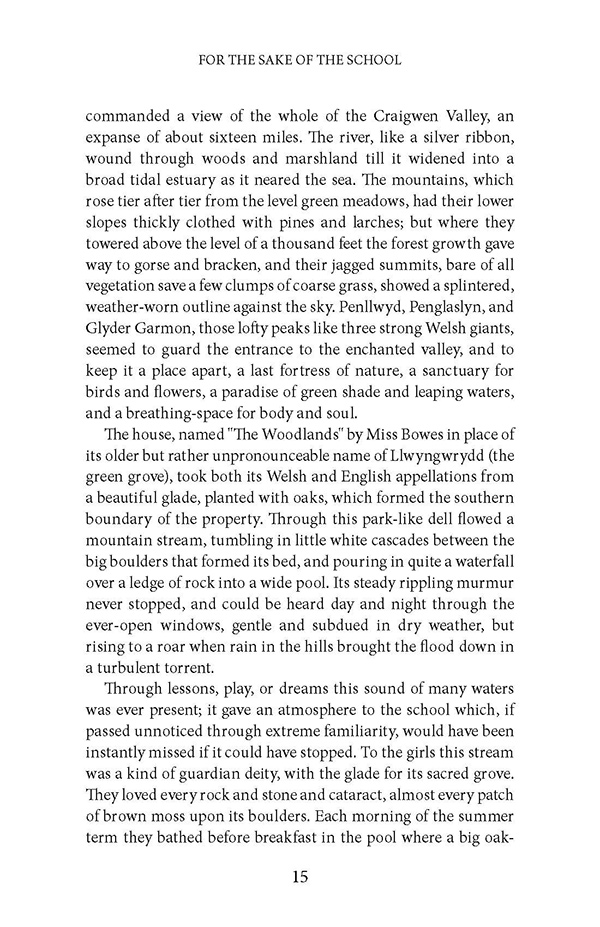 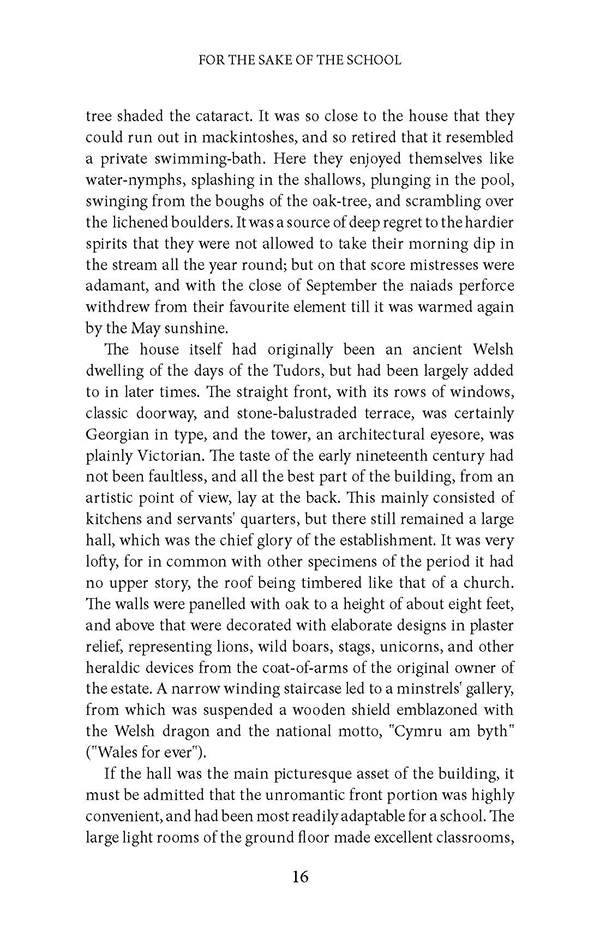 Part of the ‘School Story Classics’ Series, this novel tells the story of a young schoolgirl called Ulyth and her experiences in a traditional late eighteenth-century English boarding school.

“For the Sake of the School” is the story of a young schoolgirl called Ulyth and her experiences in a traditional late eighteenth-century English boarding school. Angela Brazil (1868 – 1947) was an English author most famous for being one of the first writers of “modern schoolgirls’ stories”. Her stories were presented from the characters’ point of view and were written primarily as entertainment rather than moral instruction. During the first half of the 20th century, Brazil published nearly 50 such books, with the vast majority being set in English boarding schools. Brazil’s work had a significant influence on changing the nature of fiction for girls. Her charters were chiefly young females, active, independent, and aware. Brazil’s books were often considered to be immoral and deviant, leading to their being burned or banned by many Headteachers in girls schools across Britain. Other notable works by this author include: “The School in the Forest” (1944), “Three Terms at Uplands” (1945), “The School on the Loch” (1946). Contents include: “The Woodlands”, “A Friend from the Bush”, “Round the Camp-fire”, “A Blackberry Foray”, “On Sufferance”, “Quits”, “The Cuckoo’s Progress”, “The ‘Stunt’”, “A January Picnic”, etc. Many vintage books such as this are increasingly scarce and expensive. It is with this in mind that we are republishing this volume now in an affordable, modern, high-quality edition complete with a specially-commissioned new biography of the author.