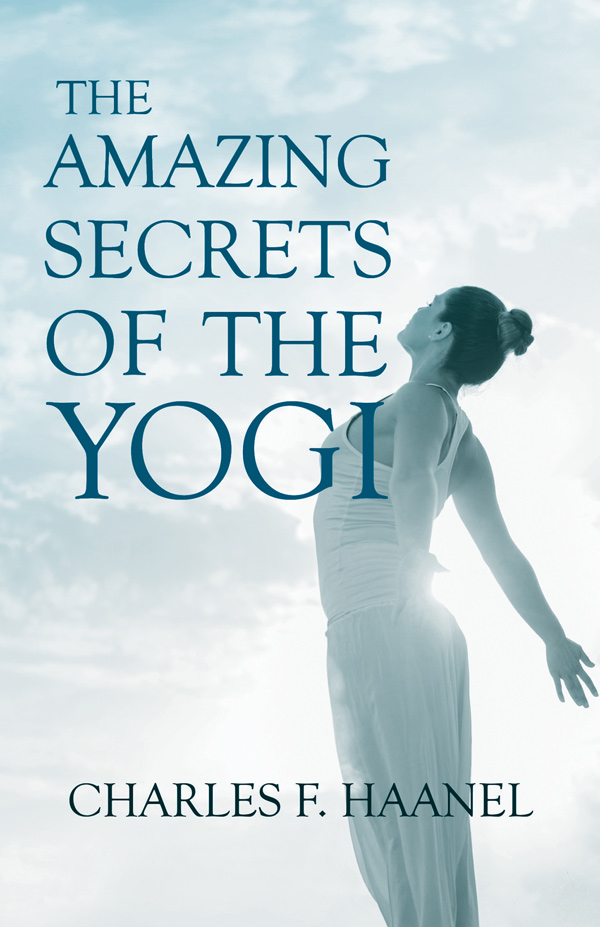 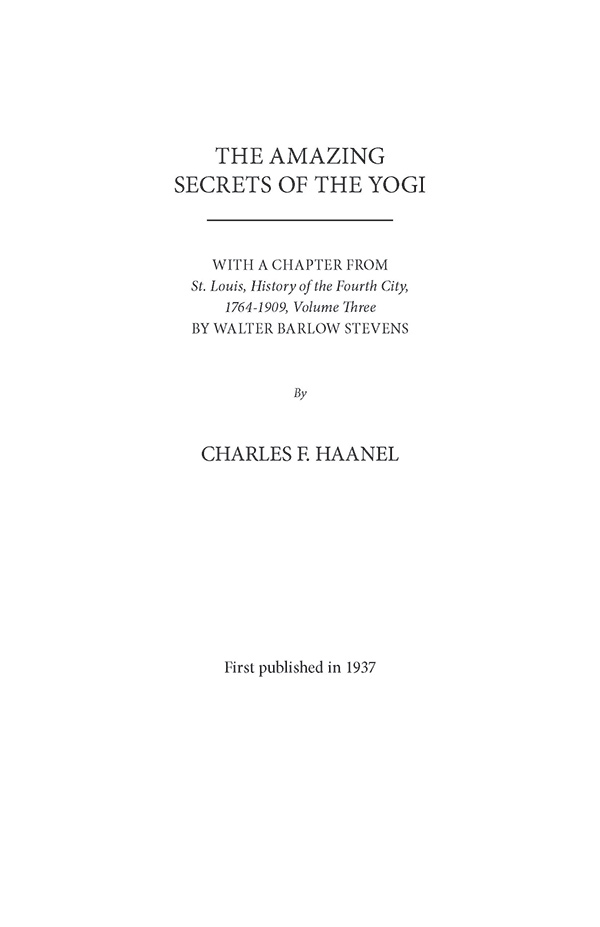 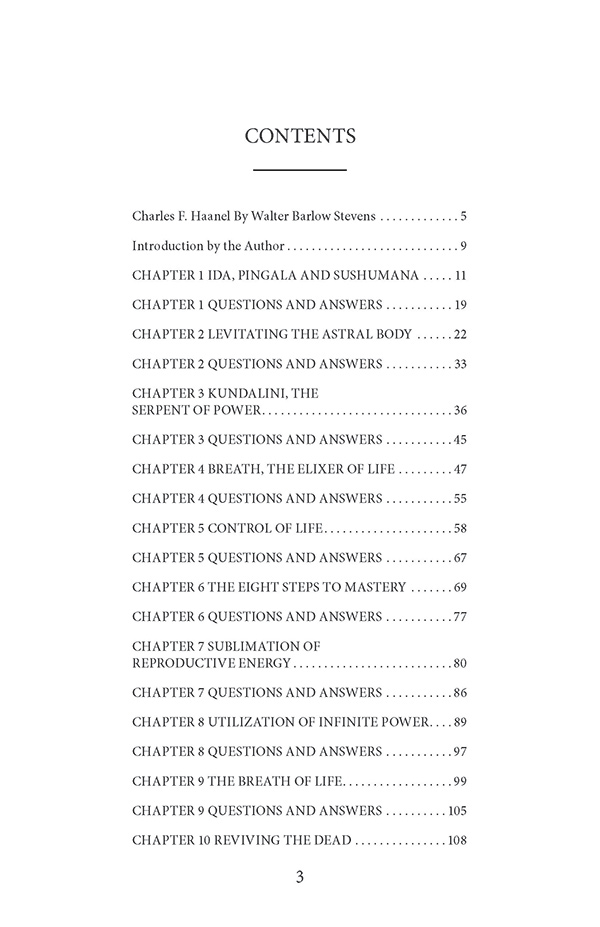 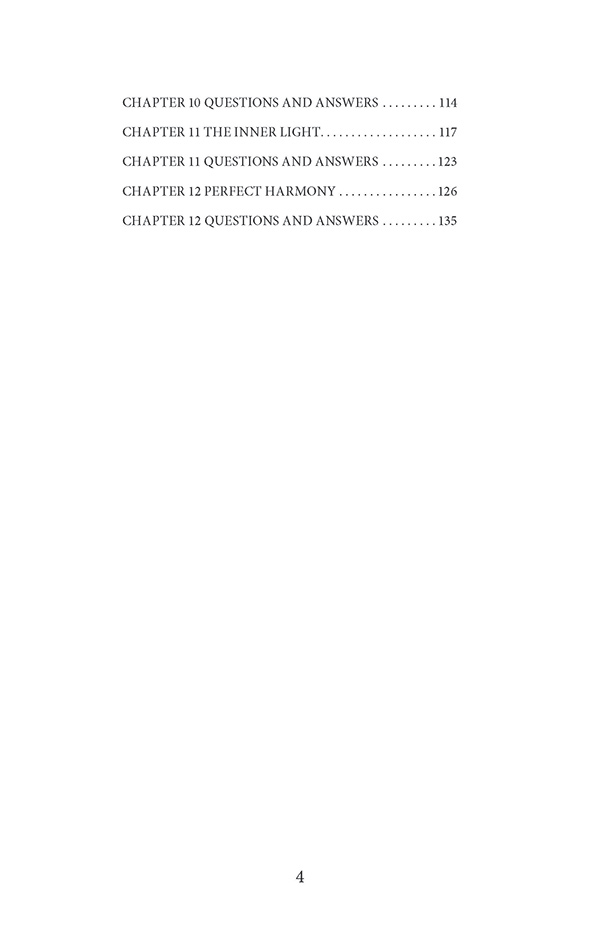 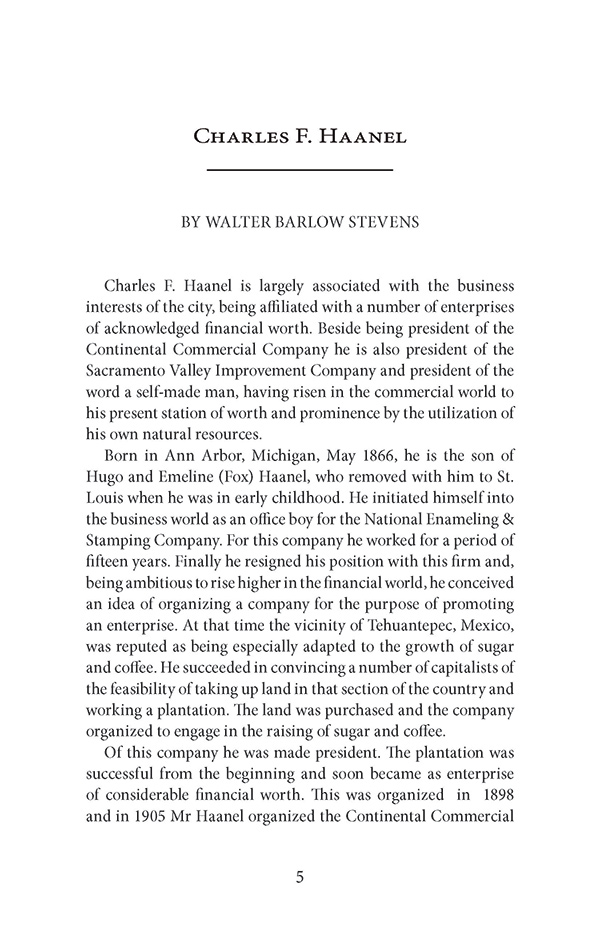 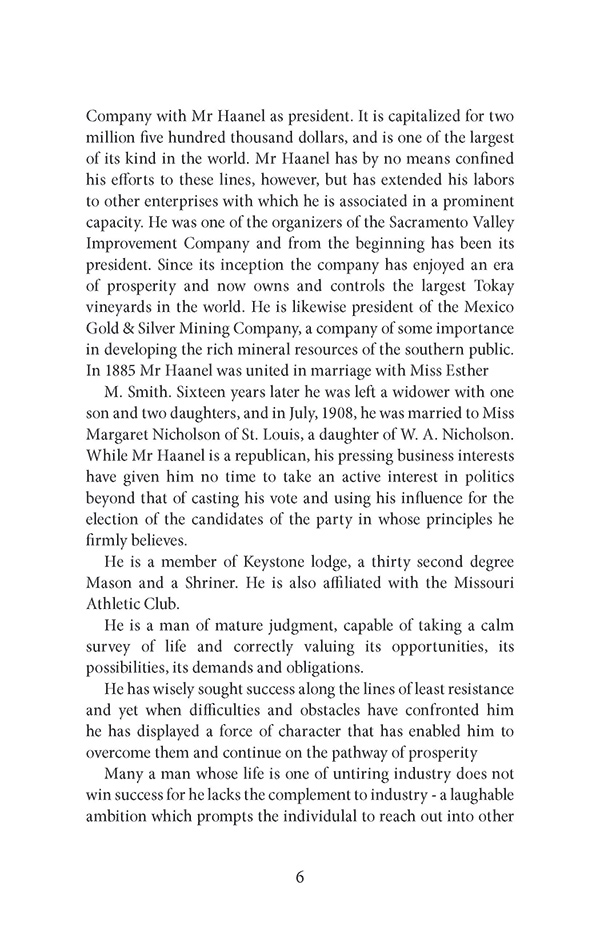 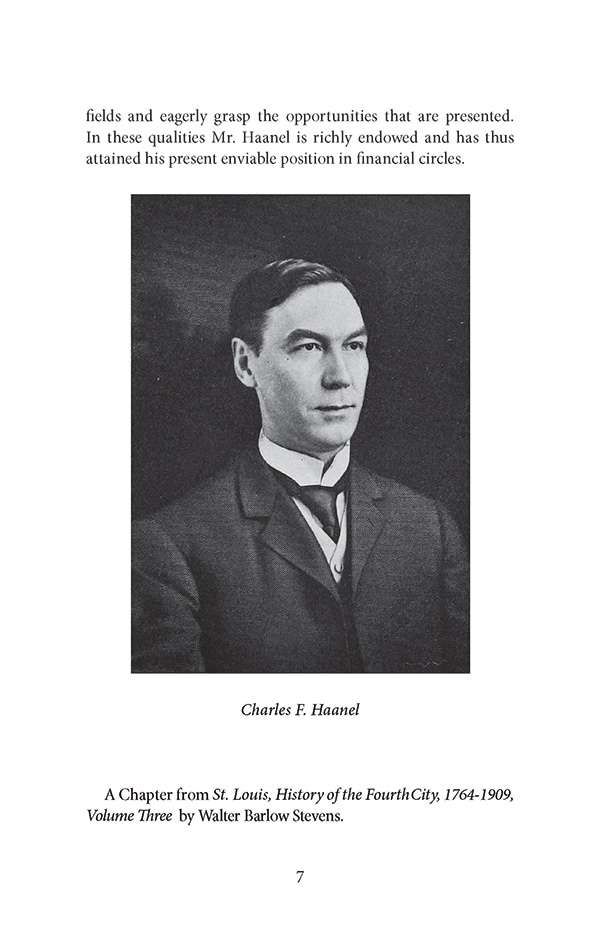 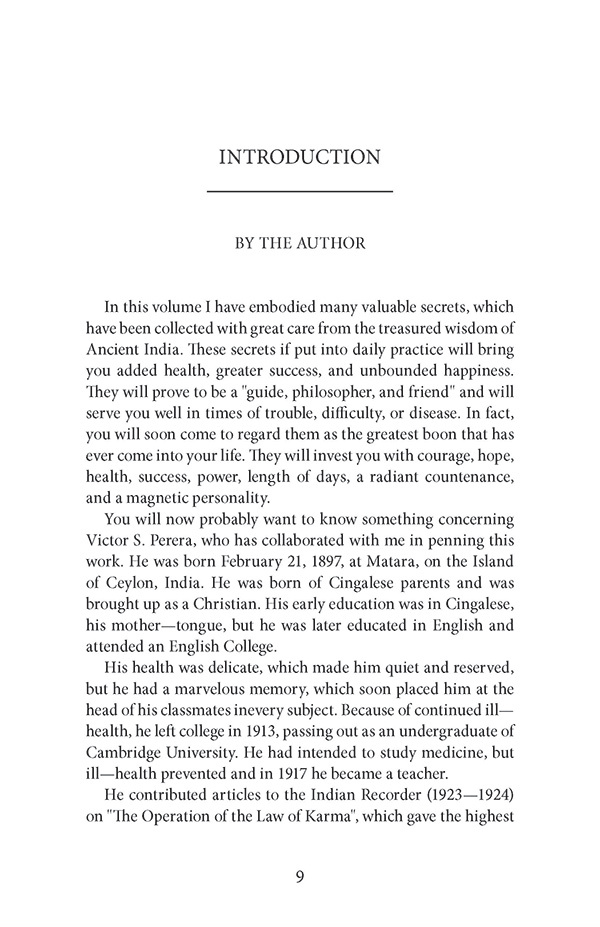 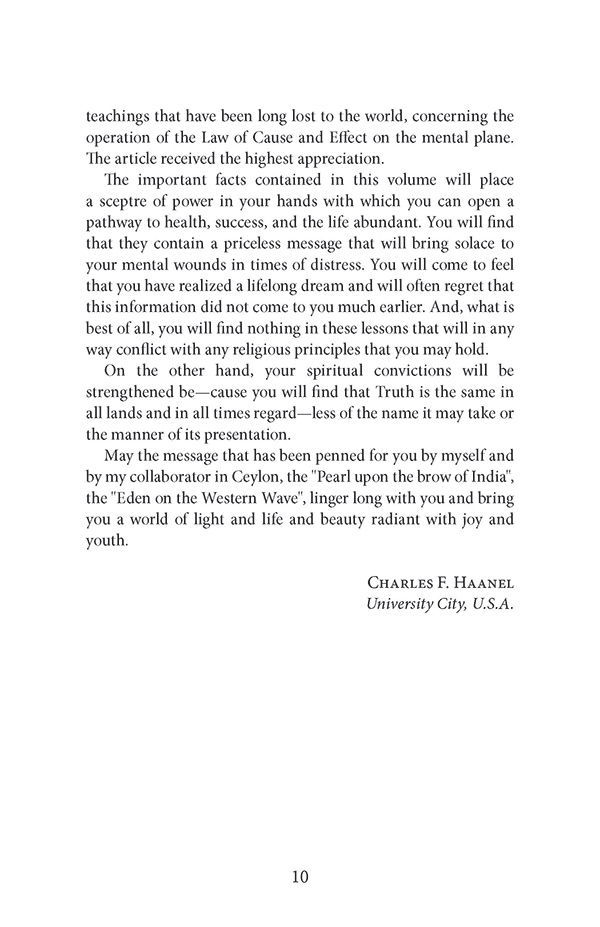 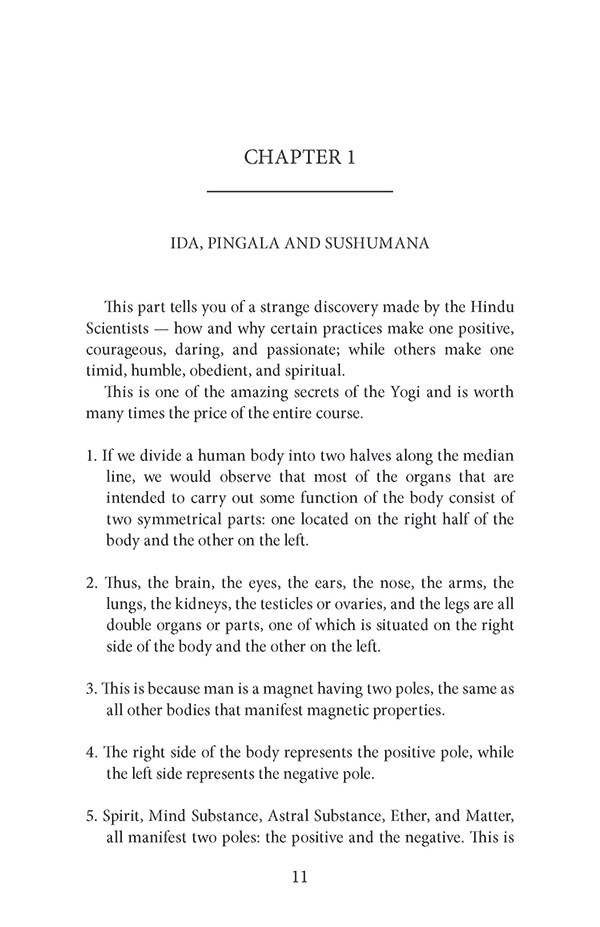 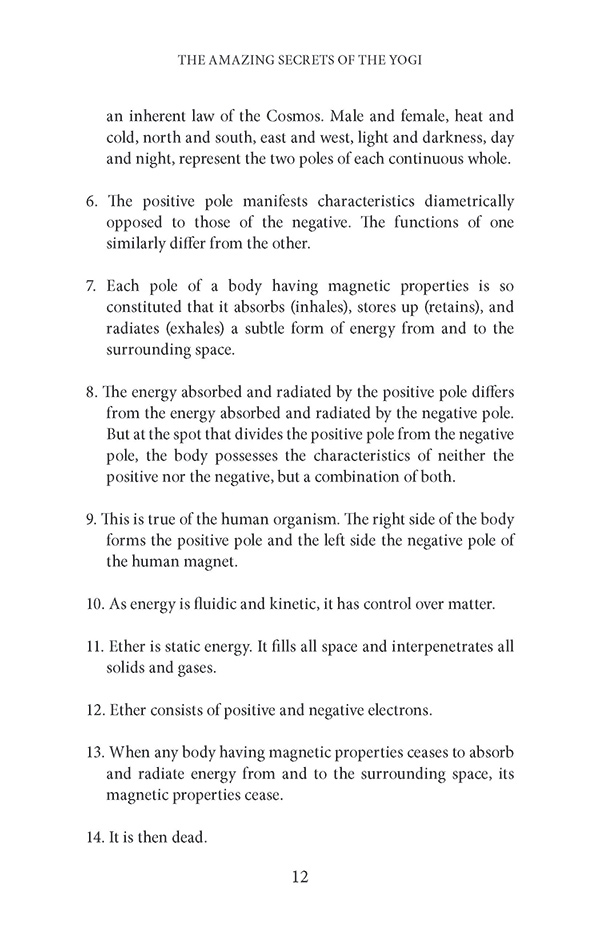 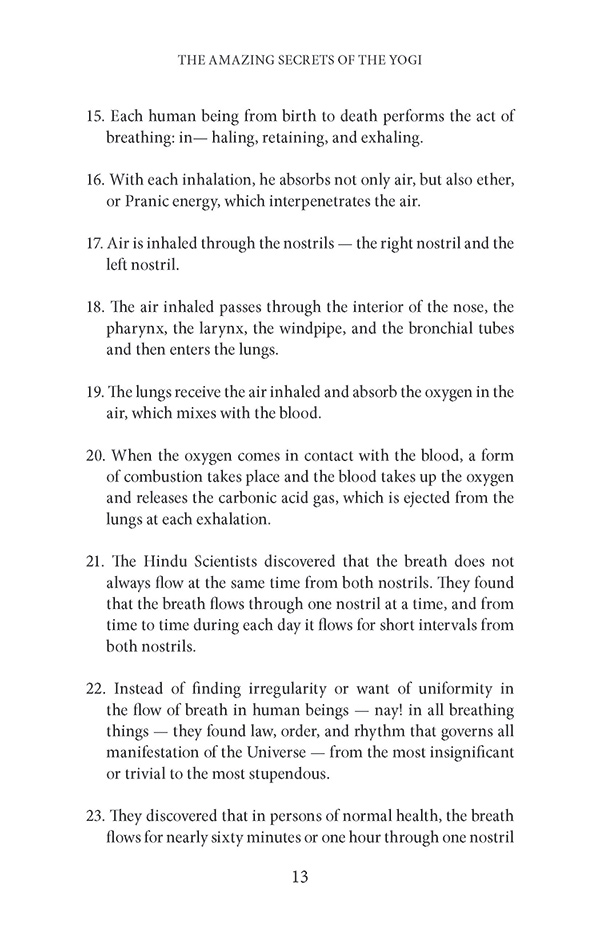 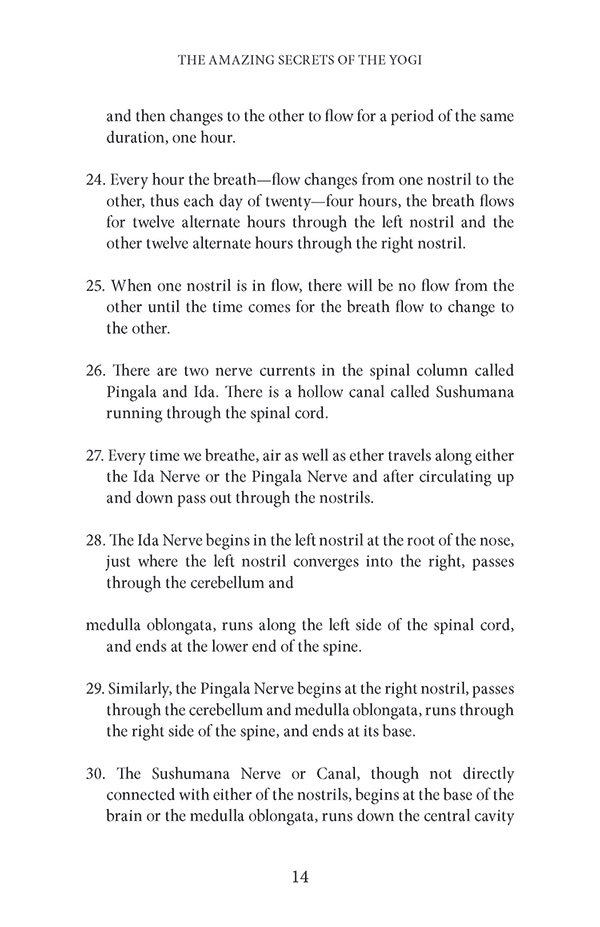 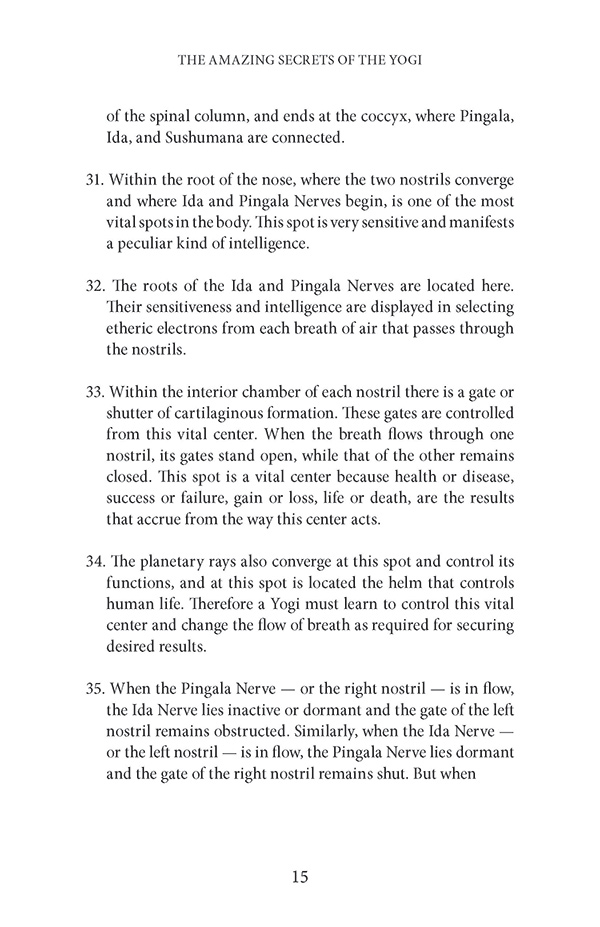 A vintage guide to attaining health and success through the mastering of various yogic techniques, including proper breathing and breath control, using the Law of Attraction, and controlling thoughts. Through doing so, the author claims that you will be able to understand take charge of your life in a way that before would have been unbelievable.

“The Amazing Secrets of the Yogi” is a vintage guide to attaining health and success through the mastering of various yogic techniques, including proper breathing and breath control, using the Law of Attraction, and controlling thoughts. Through doing so, the author claims that you will be able to understand take charge of your life in a way that before would have been unbelievable. Charles Francis Haanel (1866–1949) was an American philosopher, author, and businessman most famous for his work with the New Thought movement and in particular his book “The Master Key System”. Other notable works by this author include: “The New Psychology” (1924), “A Book About You” ( 1928), and “The Master Key System” (1912). An accessible and easy-to-follow self-help book that will appeal to those with an interest in yoga and allied subjects. This classic work is being republished now in a new edition with specially curated introductory material.

Charles F. Haanel is largely associated with the business interests of the city, being affiliated with a number of enterprises of acknowledged financial worth. Beside being president of the Continental Commercial Company he is also president of the Sacramento Valley Improvement Company and president of the word a self-made man, having risen in the commercial world to his present station of worth and prominence by the utilization of his own natural resources.

Born in Ann Arbor, Michigan, May 1866, he is the son of Hugo and Emeline (Fox) Haanel, who removed with him to St. Louis when he was in early childhood. He initiated himself into the business world as an office boy for the National Enameling & Stamping Company. For this company he worked for a period of fifteen years. Finally he resigned his position with this firm and, being ambitious to rise higher in the financial world, he conceived an idea of organizing a company for the purpose of promoting an enterprise. At that time the vicinity of Tehuantepec, Mexico, was reputed as being especially adapted to the growth of sugar and coffee. He succeeded in convincing a number of capitalists of the feasibility of taking up land in that section of the country and working a plantation. The land was purchased and the company organized to engage in the raising of sugar and coffee.

Of this company he was made president. The plantation was successful from the beginning and soon became as enterprise of considerable financial worth. This was organized in 1898 and in 1905 Mr Haanel organized the Continental Commercial Company with Mr Haanel as president. It is capitalized for two million five hundred thousand dollars, and is one of the largest of its kind in the world. Mr Haanel has by no means confined his efforts to these lines, however, but has extended his labors to other enterprises with which he is associated in a prominent capacity. He was one of the organizers of the Sacramento Valley Improvement Company and from the beginning has been its president. Since its inception the company has enjoyed an era of prosperity and now owns and controls the largest Tokay vineyards in the world. He is likewise president of the Mexico Gold & Silver Mining Company, a company of some importance in developing the rich mineral resources of the southern public. In 1885 Mr Haanel was united in marriage with Miss Esther M. Smith. Sixteen years later he was left a widower with one son and two daughters, and in July, 1908, he was married to Miss Margaret Nicholson of St. Louis, a daughter of W. A. Nicholson. While Mr Haanel is a republican, his pressing business interests have given him no time to take an active interest in politics beyond that of casting his vote and using his influence for the election of the candidates of the party in whose principles he firmly believes. He is a member of Keystone lodge, a thirty second degree Mason and a Shriner. He is also affiliated with the Missouri Athletic Club.

He is a man of mature judgment, capable of taking a calm survey of life and correctly valuing its opportunities, its possibilities, its demands and obligations. He has wisely sought success along the lines of least resistance and yet when difficulties and obstacles have confronted him    he has displayed a force of character that has enabled him to overcome them and continue on the pathway of prosperity.

Many a man whose life is one of untiring industry does not win success for he lacks the complement to industry - a laughable ambition which prompts the individual to reach out into other fields and eagerly grasp the opportunities that are presented. In these qualities Mr. Haanel is richly endowed and has thus attained his present enviable position in financial circles.

A Compendium of the Raja Yoga Philosophy