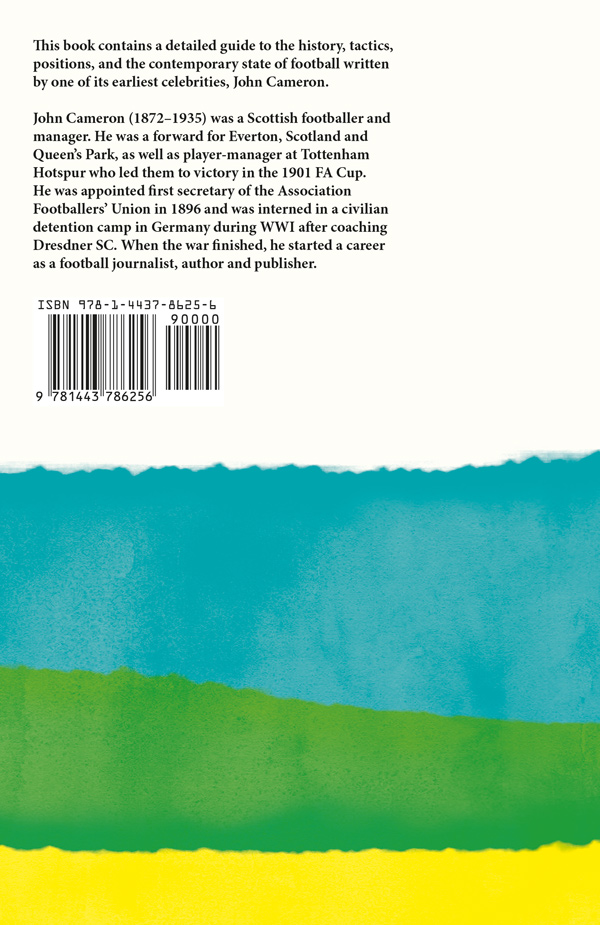 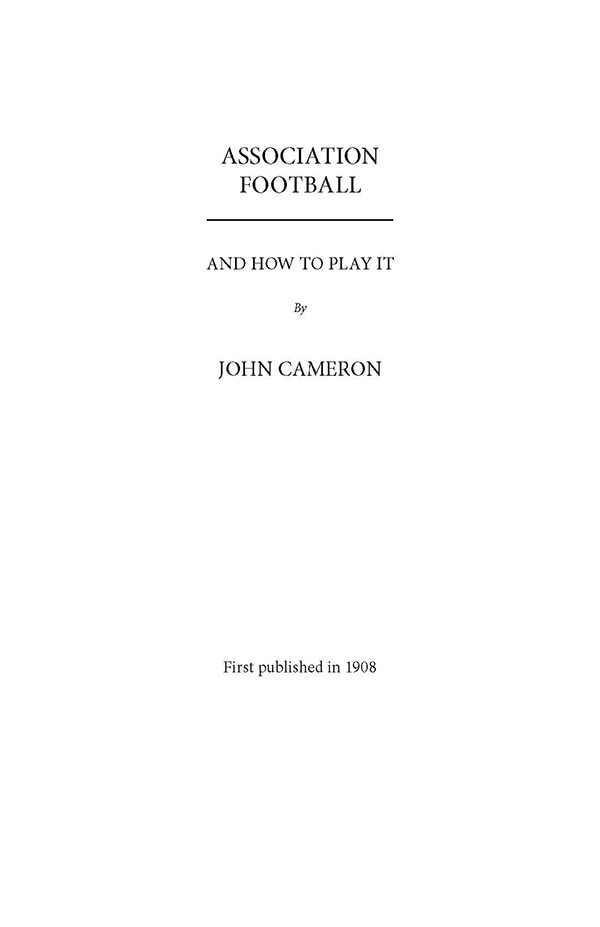 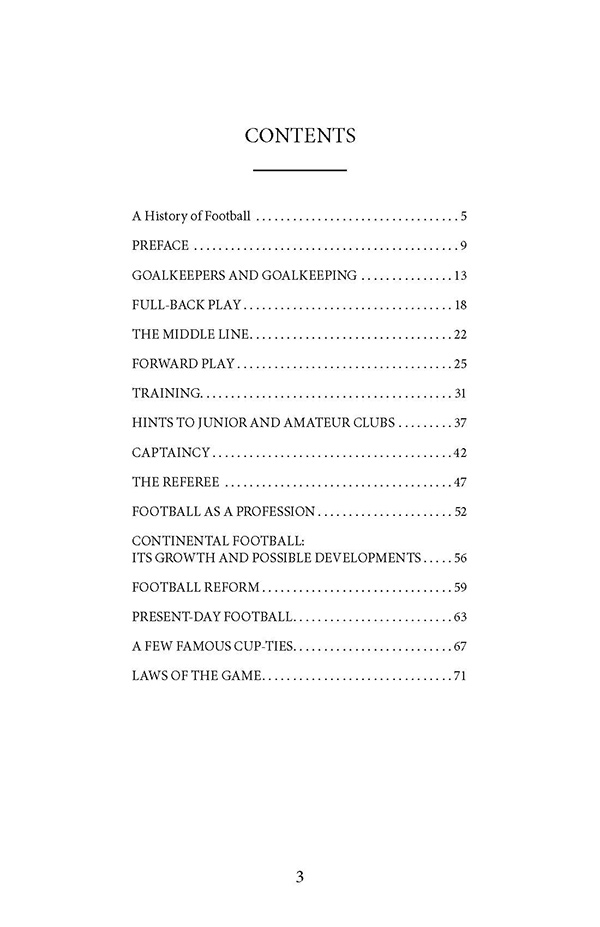 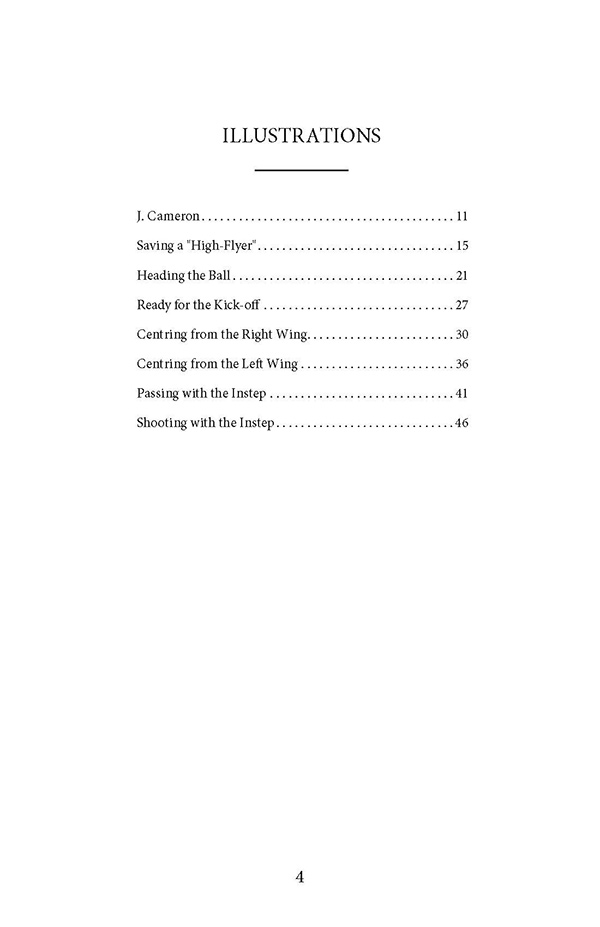 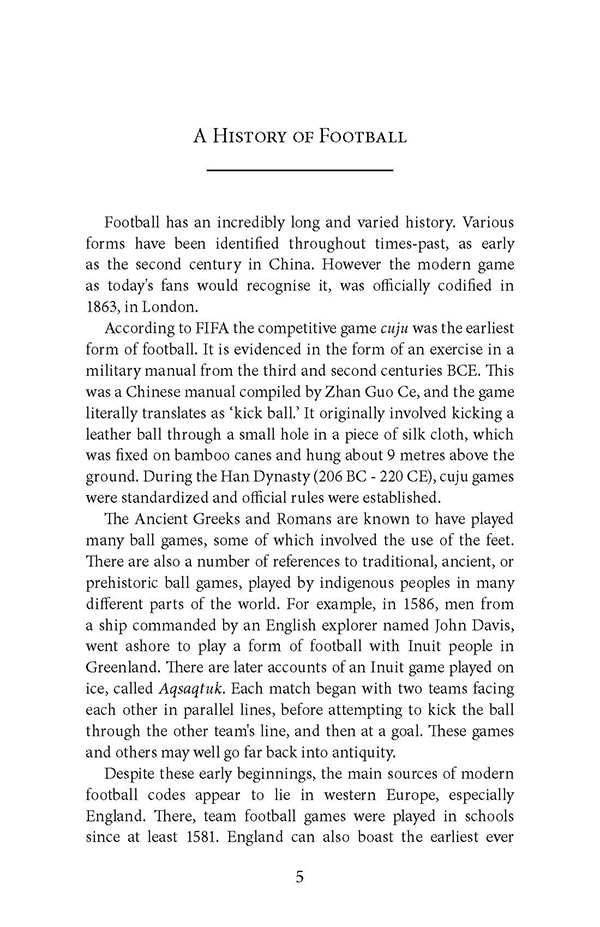 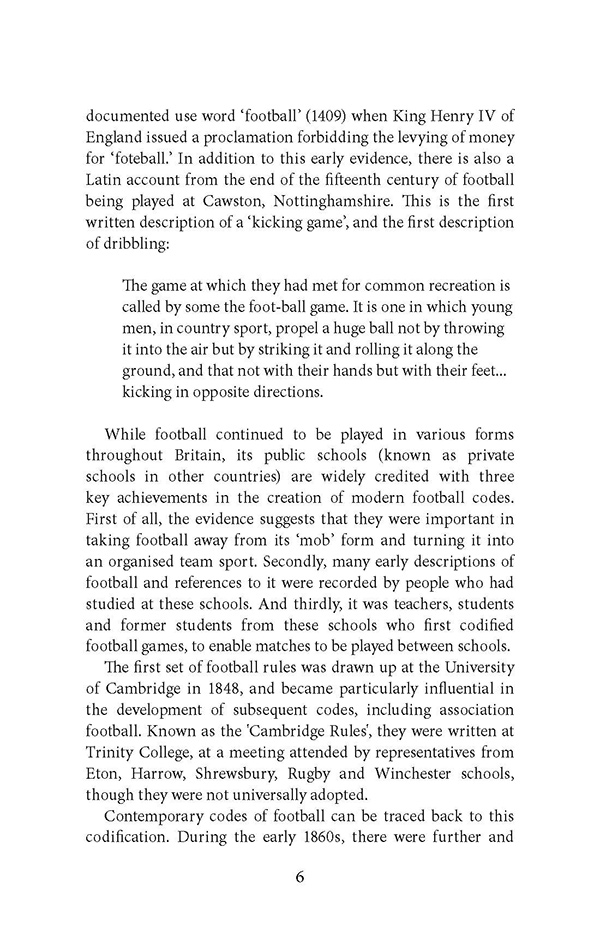 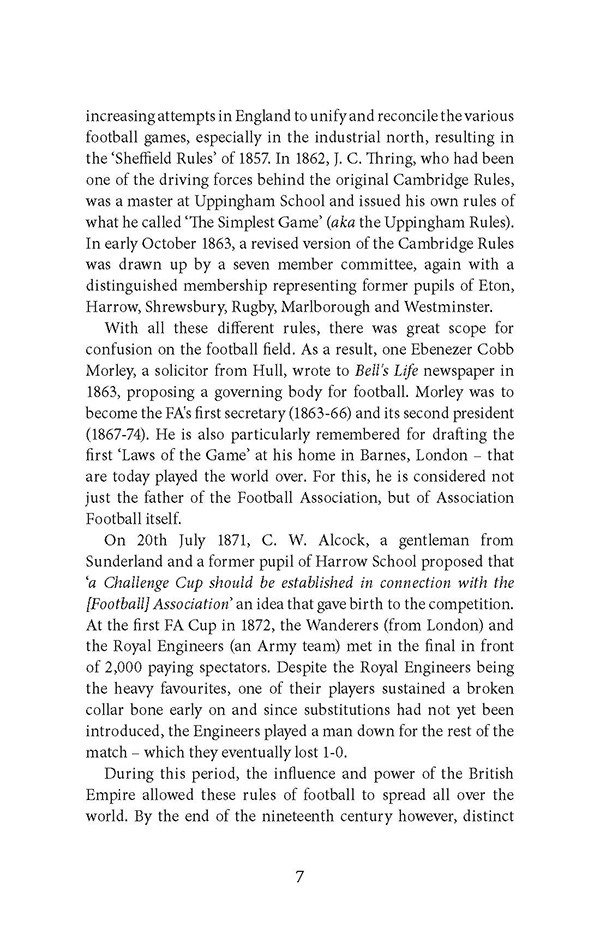 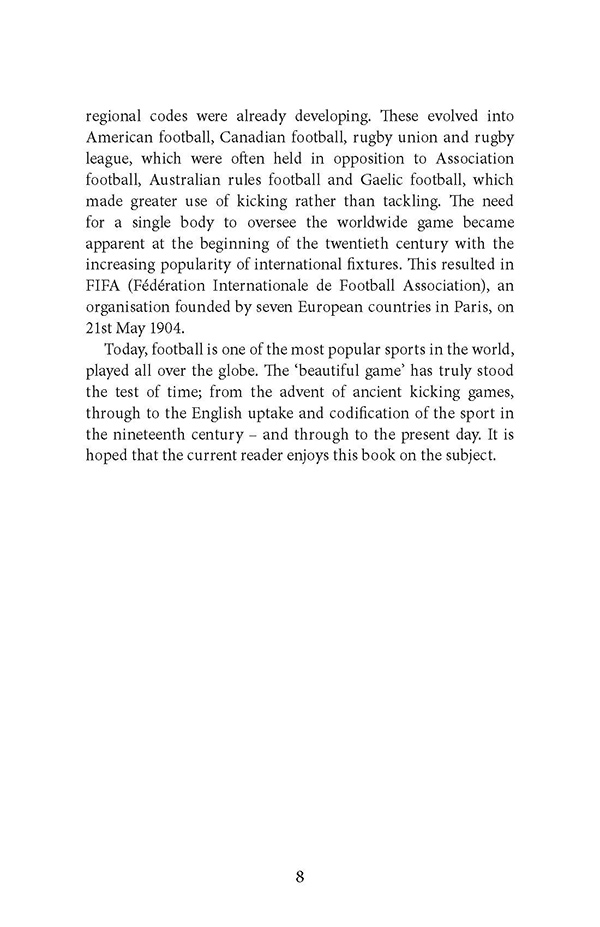 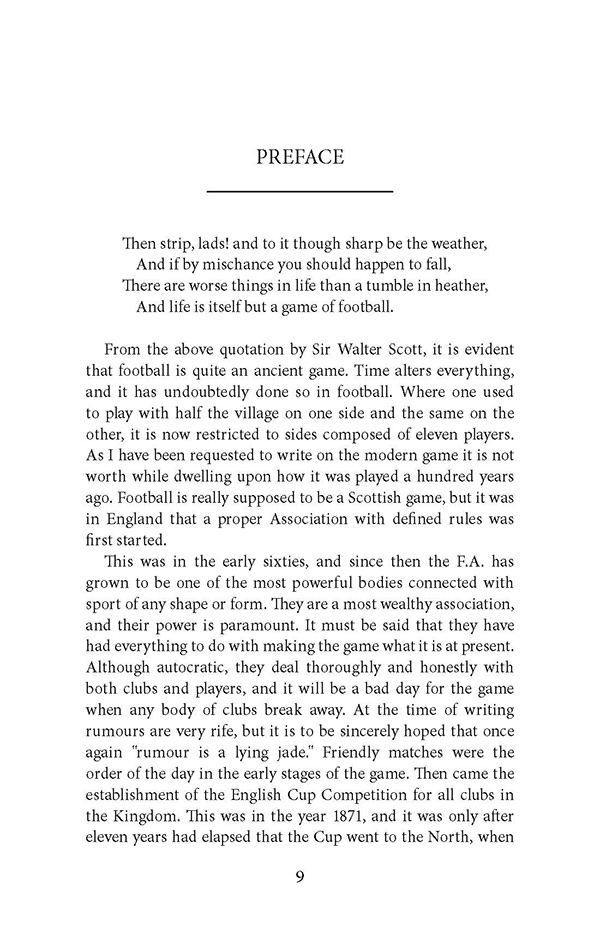 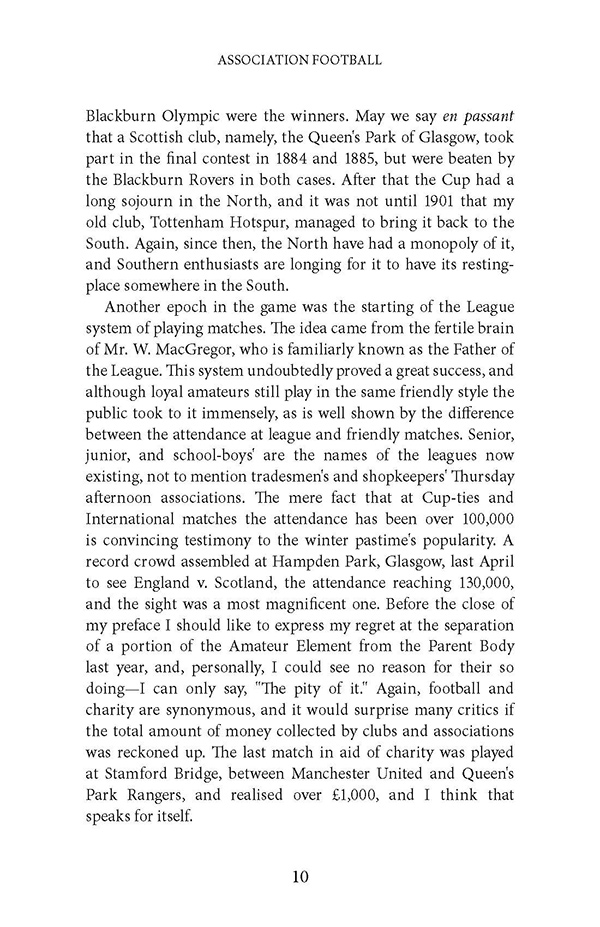 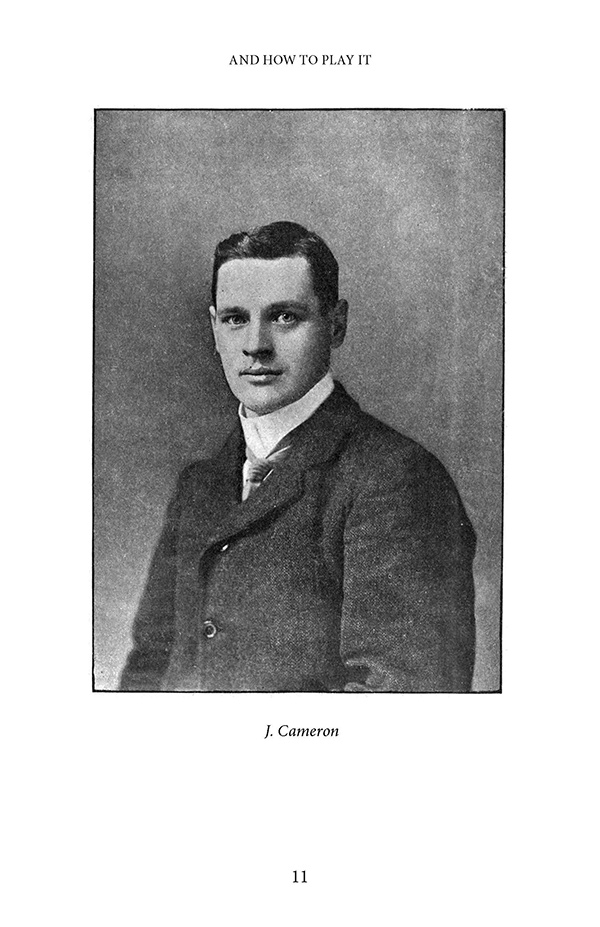 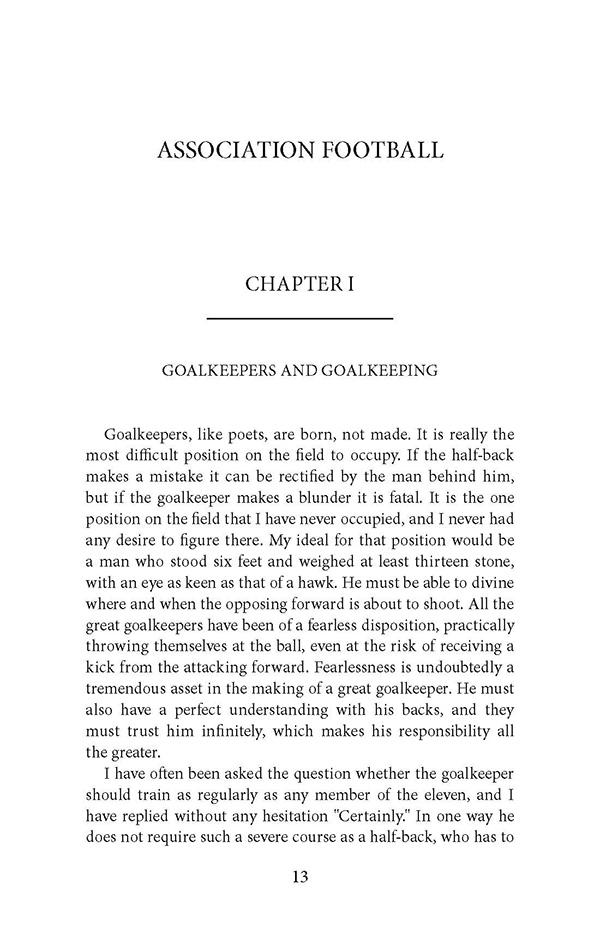 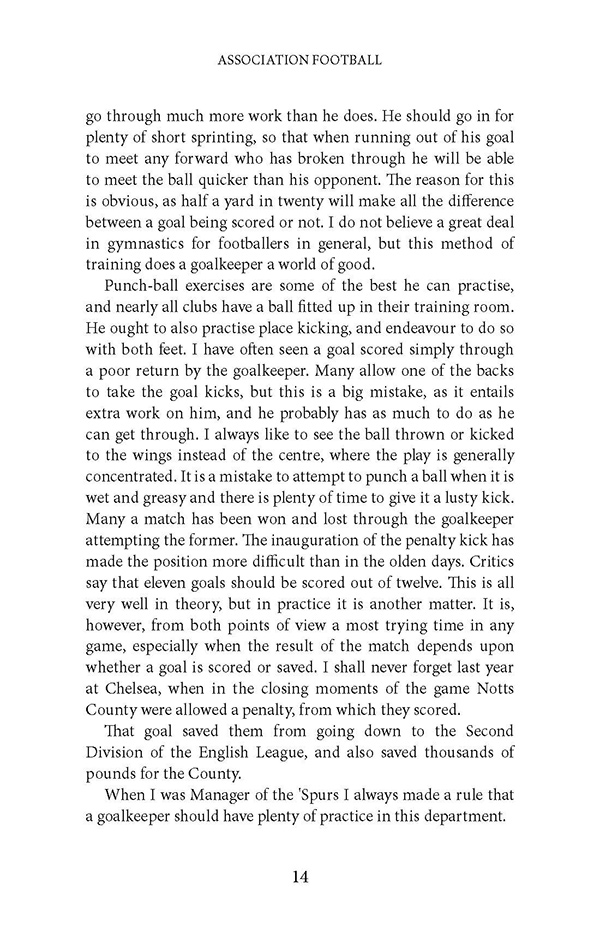 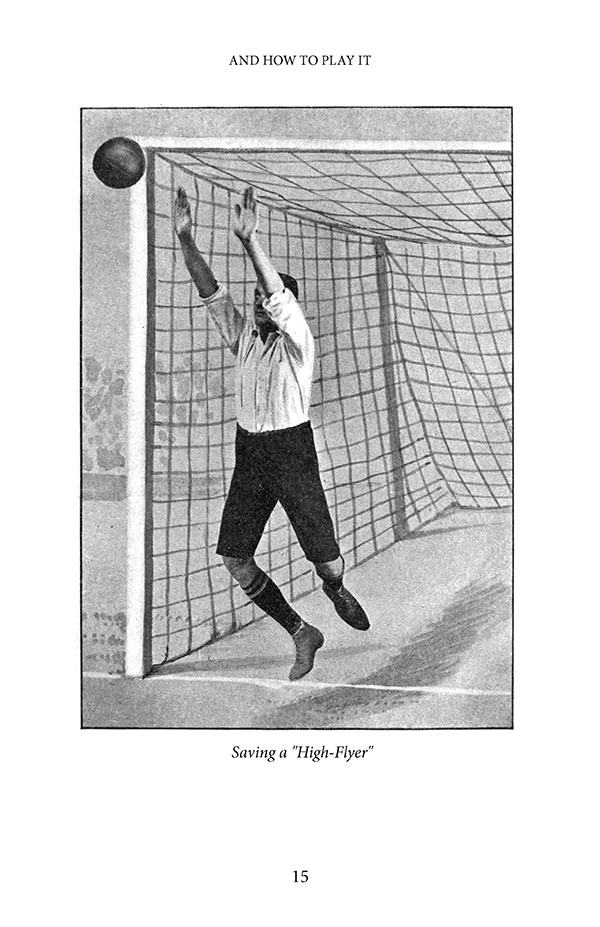 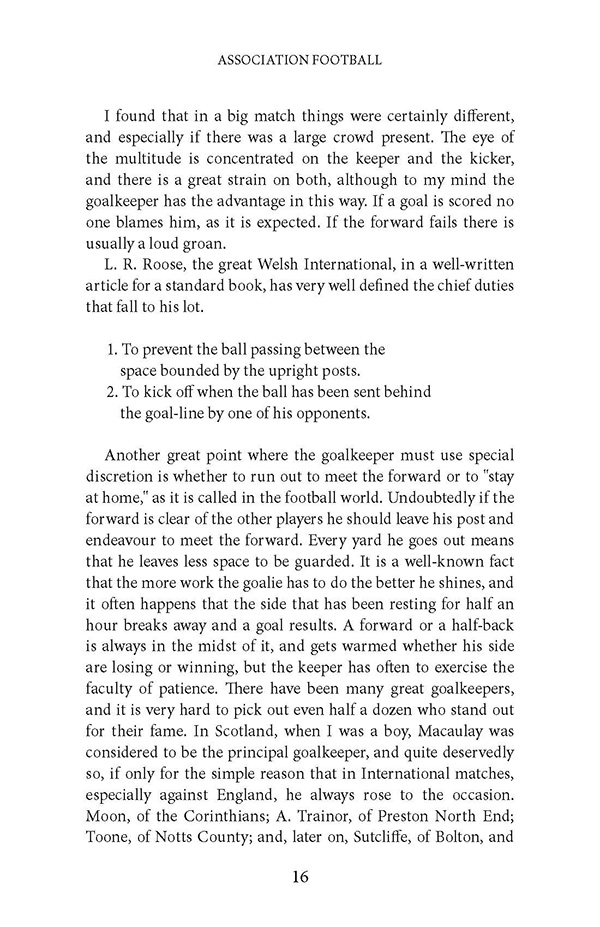 And How to Play it

Written by one of football’s earliest celebrities, John Cameron. This book contains a detailed guide to the history, tactics, positions, and the contemporary state of football.

This book contains a detailed guide to the history, tactics, positions, and the contemporary state of football written by one of its earliest celebrities, John Cameron. Contents include: “Full-Back Play”, “The Middle Lineard Play”, “Training”, “Hints to Juniors”, “Captaincy”, “Refereeing”, “Football as a Profession”, “Continental Football”, “Football Reform”, “Present Day Football”, “Famous Cup-Ties”, and “Laws of the Game”. A classic guide to football not to be missed by collectors of vintage literature related to the subject. John Cameron (1872–1935) was a Scottish footballer and manager. He was a forward for Everton, Scotland and Queen’s Park, as well as player-manager at Tottenham Hotspur who led them to victory in the 1901 FA Cup. He was appointed first secretary of the Association Footballers’ Union in 1896 and was interned in a civilian detention camp in Germany during WWI after coaching Dresdner SC. When the war finished, he started a career as a football journalist, author and publisher. Macha Press is publishing this classic work now in a new edition complete with the original text and artwork for a new generation of football lovers.