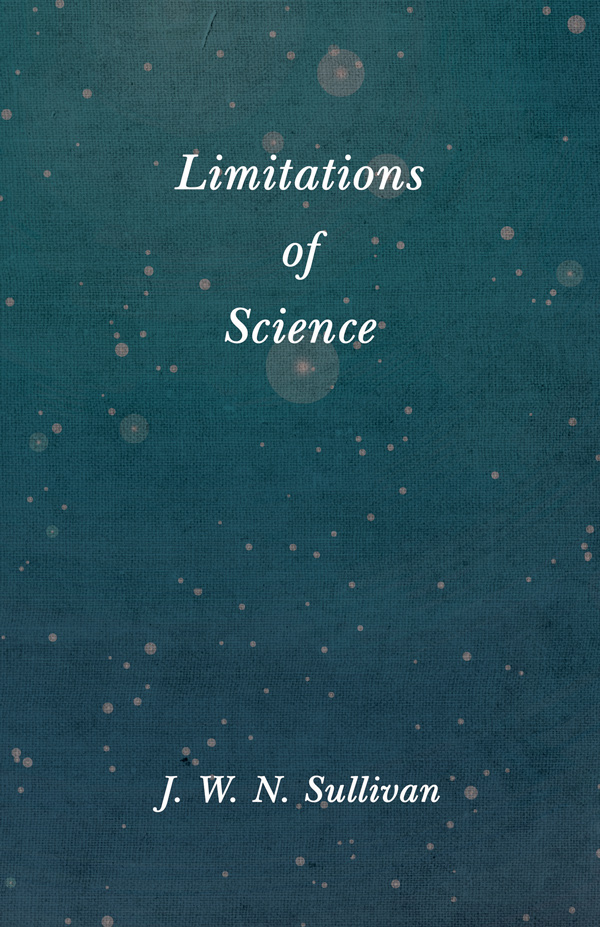 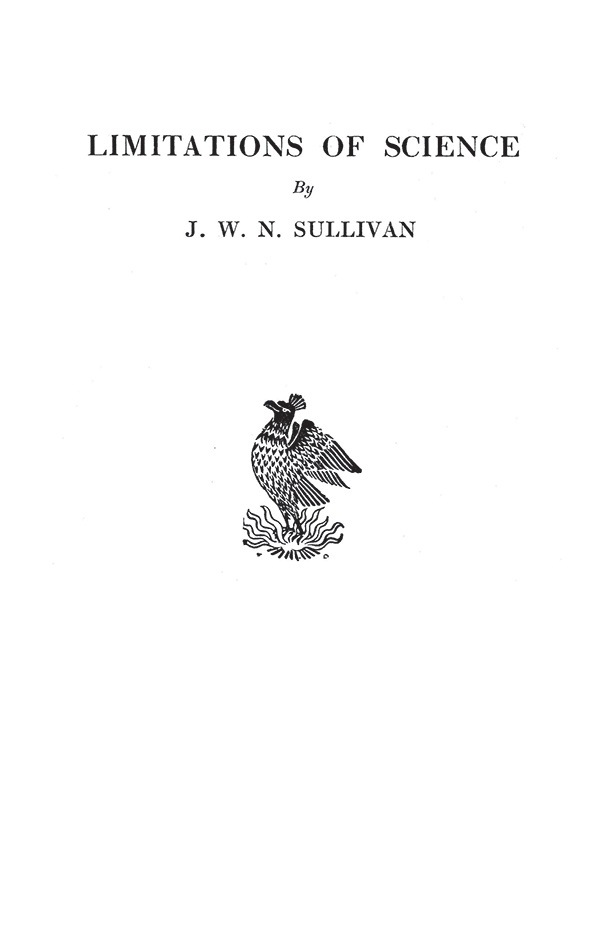 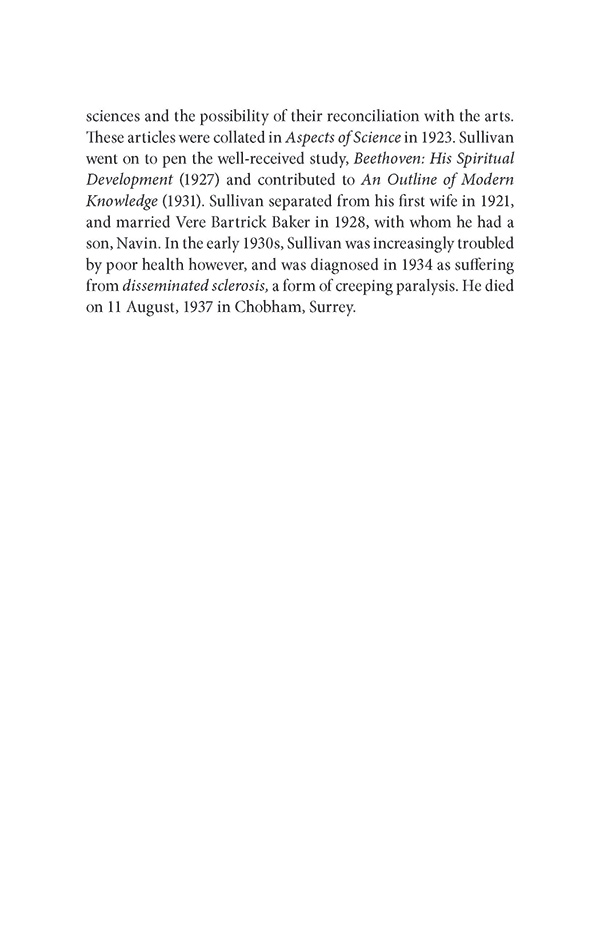 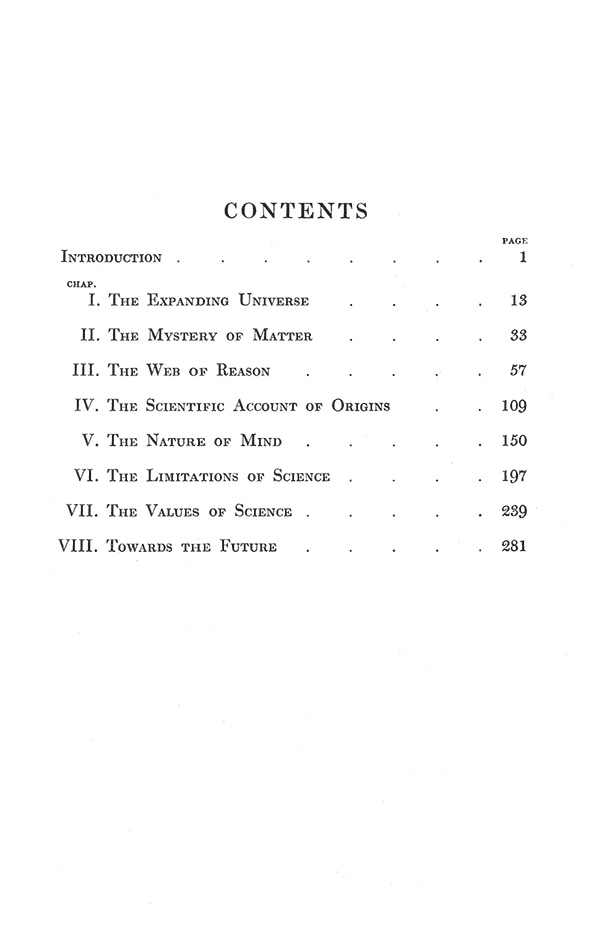 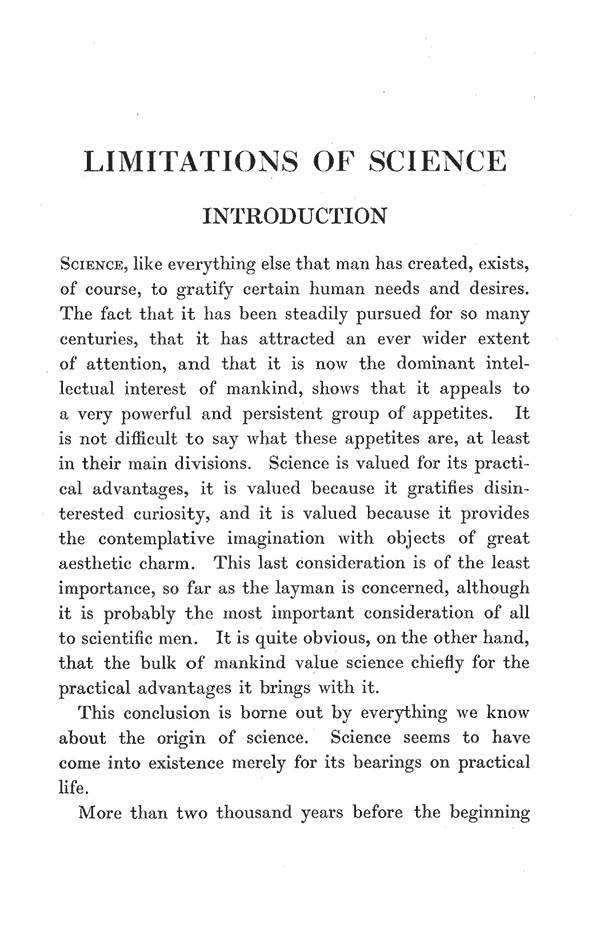 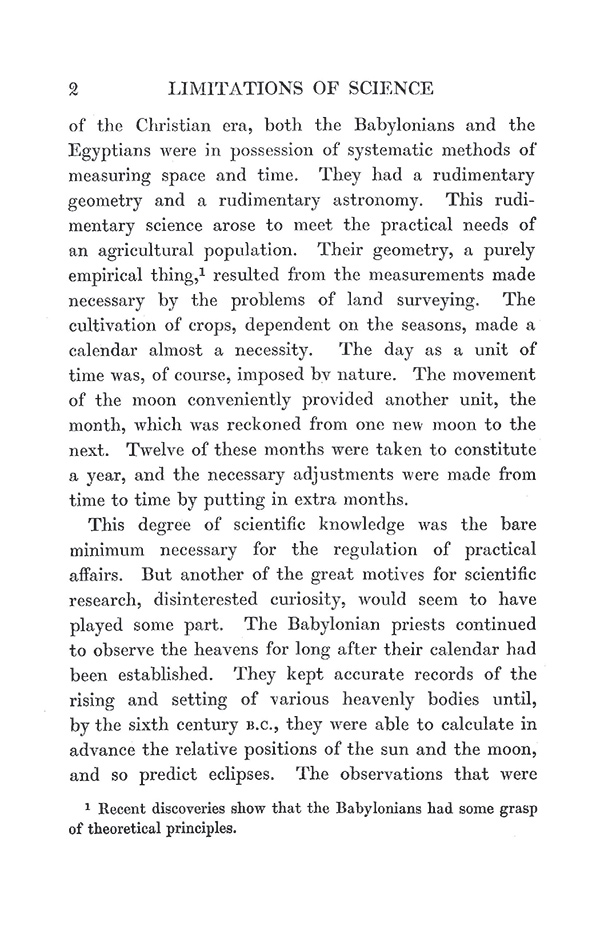 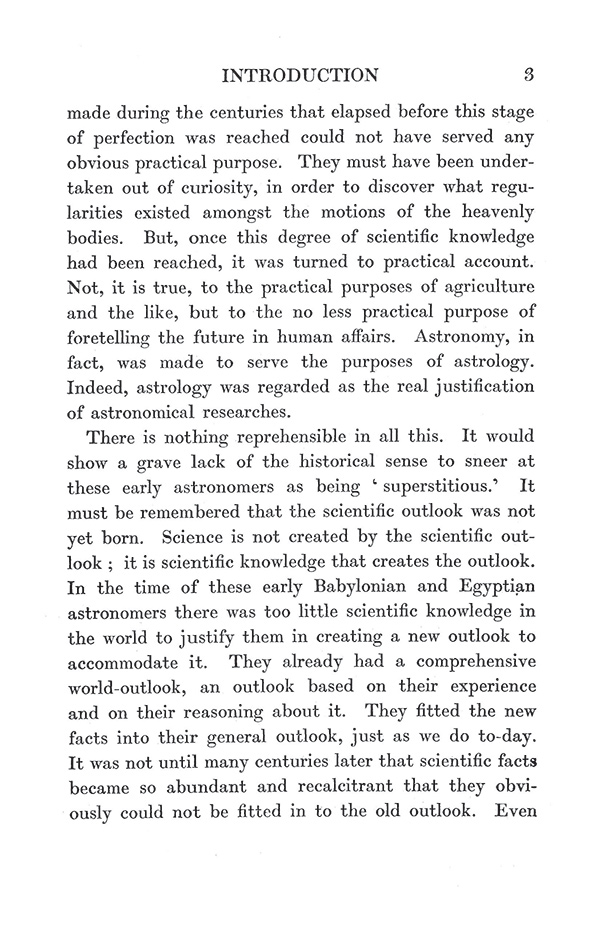 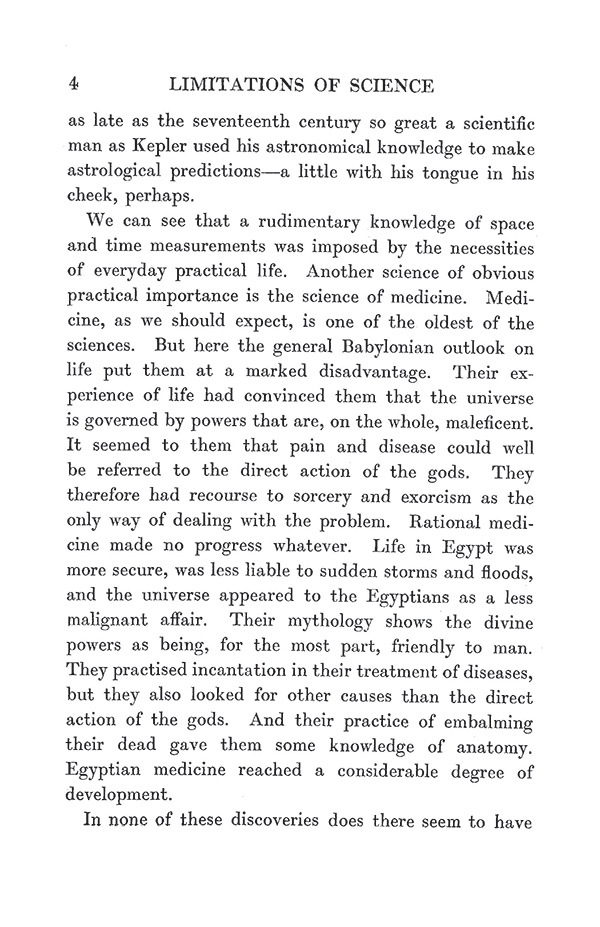 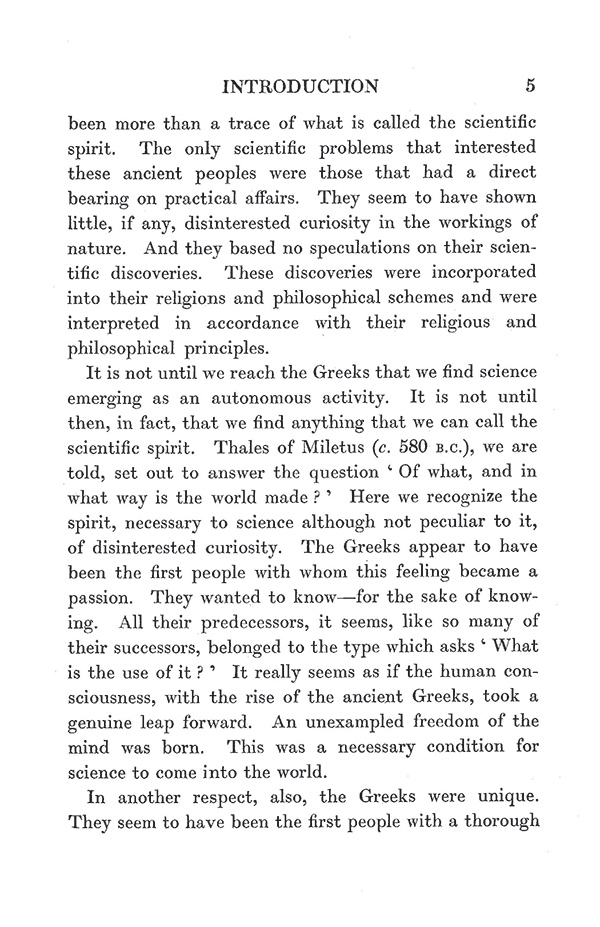 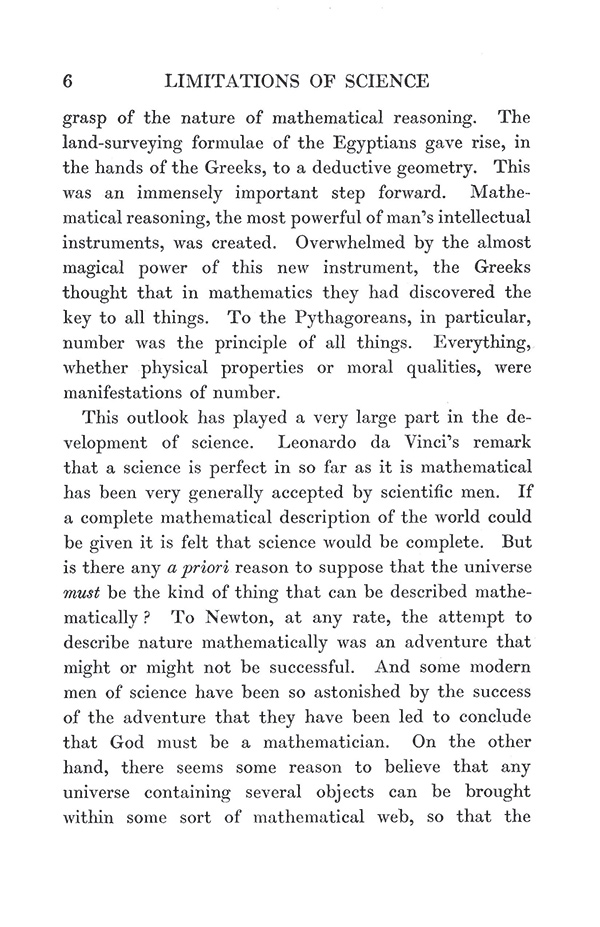 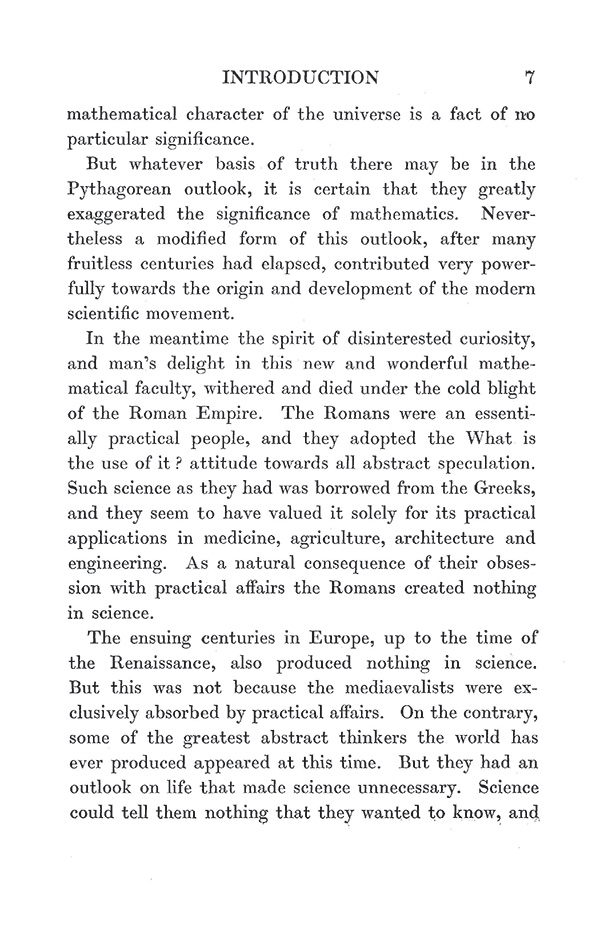 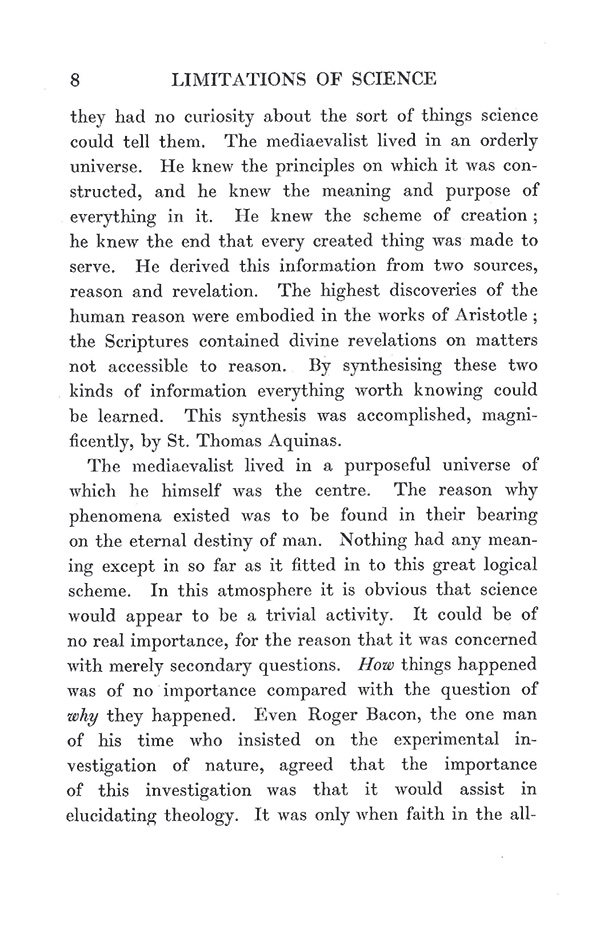 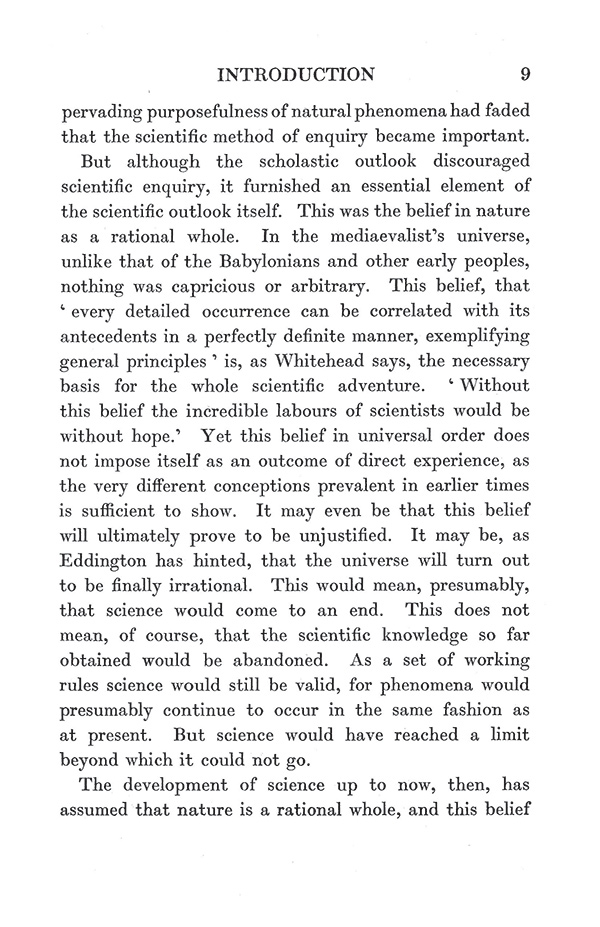 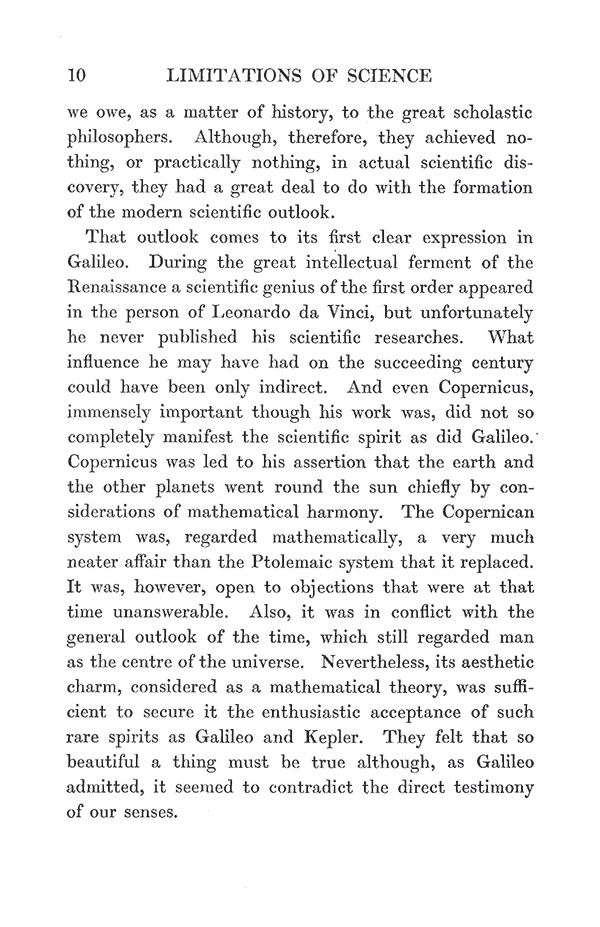 A vintage treatise on the state and limitations of science in the early twentieth century. This volume will appeal to those with an interest in the history and development of modern scientific understanding.

“Limitations of Science” is a vintage treatise on the state and limitations of science in the early twentieth century. John William Navin Sullivan (1886 – 1937) was a literary journalist and popular science writer most famous for his study of Beethoven. He is also responsible for having written some of the earliest non-technical accounts of Einstein’s General Theory of Relativity, and he was acquainted with many important writers in London in the 1920s, including John Middleton Murry, Aldous Huxley, Wyndham Lewis, Aleister Crowley and T. S. Eliot. Other notable works by this author include “Aspects of Science” (1923), “Aspects of Science: Second Series” (1926), and An Outline of Modern Knowledge (1931). Contents include: “The Expanding Universe”, “The Mystery of Matter”, “The Web of Reason”, “The Nature of Mind”, “The Limitations of Science”, “The Values of Science”, “Towards the Future”, etc. This volume will appeal to those with an interest in the history and development of modern scientific understanding. Many vintage books such as this are increasingly scarce and expensive. It is with this in mind that we are republishing this volume now in an affordable, modern, high-quality edition complete with the original text and artwork.

John William Navin Sullivan was a popular writer on science and literature and author of a celebrated study on Beethoven.

He wrote one of the earliest accounts of Einstein’s General Theory of Relativity and circulated amongst the literary elite of London, including Aldous Huxley, Wyndham Lewis and T.S. Eliot.

Sullivan’s early days are somewhat murky however. He was known to frequently lie about his upbringing, telling Aldous Huxley that he was born in Ireland and attended Maynooth with James Joyce. In fact, he was born on 22 January 1886 in the East End of London, England, and worked at a Telegraph company from 1900 onwards. The directors of the firm recognised his outstanding mathematical capabilities, and financed Sullivan’s study at the Northern Polytechnic Institute.

From 1908 to 1910, Sullivan studied and researched at University College London, but left without a degree and moved to America, where he became a journalist. Sullivan’s peripatetic life continued, and in 1913 he returned to Britain, still employed as a journalist, before working for the ambulance service in Serbia during the First World War. After the war, Sullivan wrote for The New Witness and The Athenaeum.

He married his first wife, Sylvia Mannooch in 1917 and they had one daughter, Navina, born in November 1921. It was at The Athenaeum, one of the best known and important literary reviews of the 1920s that Sullivan was introduced to the London literary world. He continued contributing literary and scientific articles to The Athenaeum well into the 1920s, but also wrote for the Times Literary Supplement, The Adelphi and John O’London’s Weekly. During this time, Sullivan wrote his explanation of Einstein’s theory of relativity, as well as numerous articles noting the new spirit of creativity in the sciences and the possibility of their reconciliation with the arts. These articles were collated in Aspects of Science in 1923.

Sullivan went on to pen the well-received study, Beethoven: His Spiritual Development (1927) and contributed to An Outline of Modern Knowledge (1931).

Sullivan separated from his first wife in 1921, and married Vere Bartrick Baker in 1928, with whom he had a son, Navin. In the early 1930s, Sullivan was increasingly troubled by poor health however, and was diagnosed in 1934 as suffering from disseminated sclerosis, a form of creeping paralysis. He died on 11 August, 1937 in Chobham, Surrey.

Be the first to review “Limitations of Science” Cancel reply