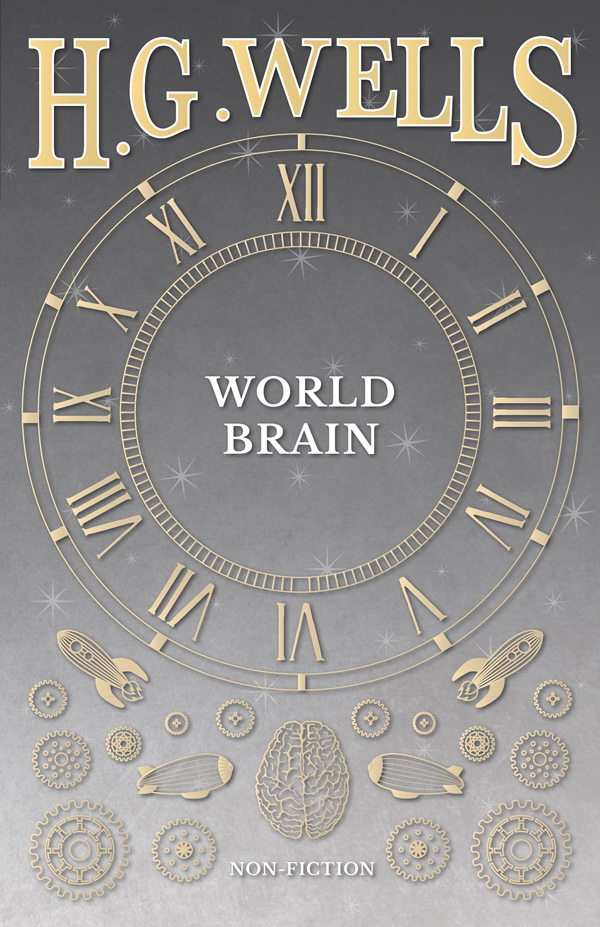 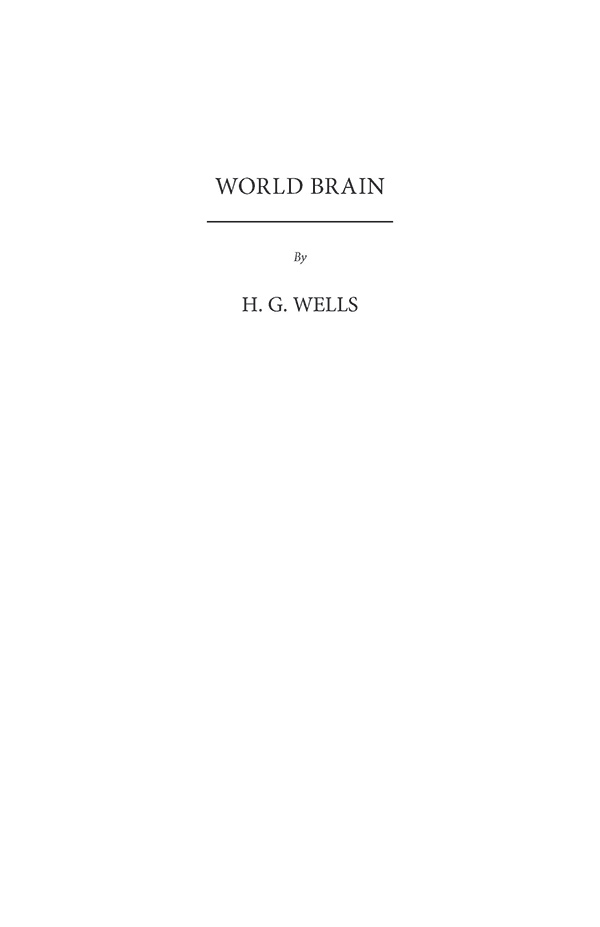 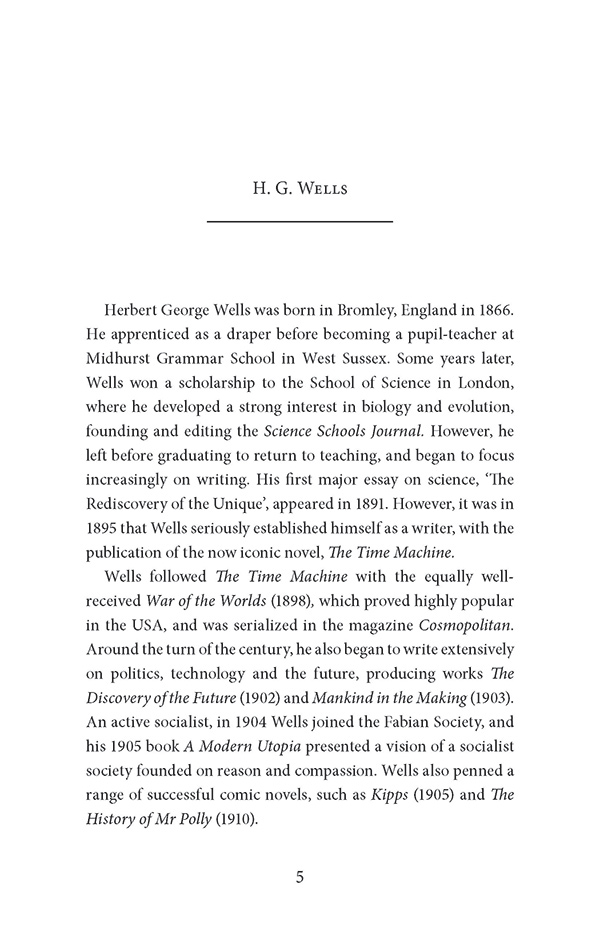 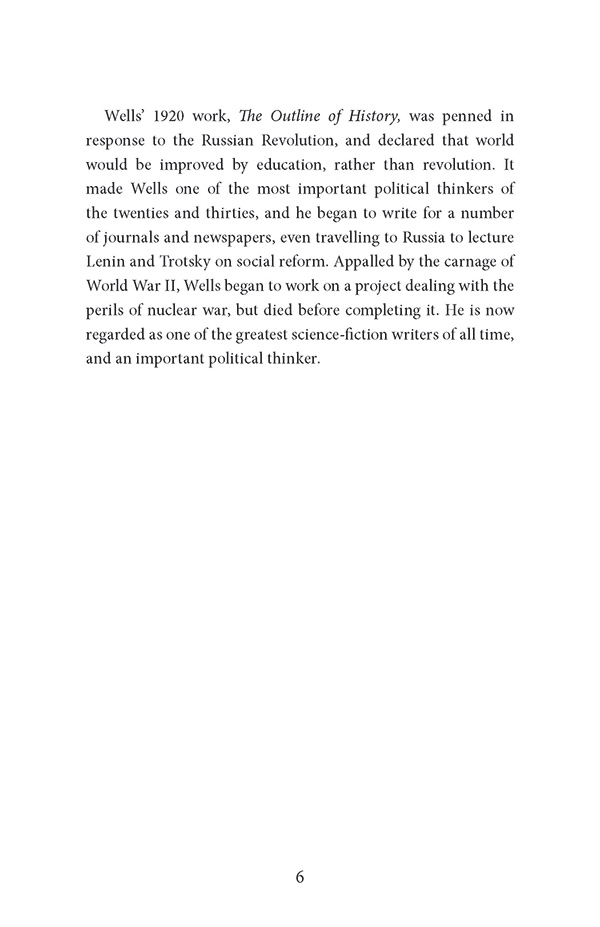 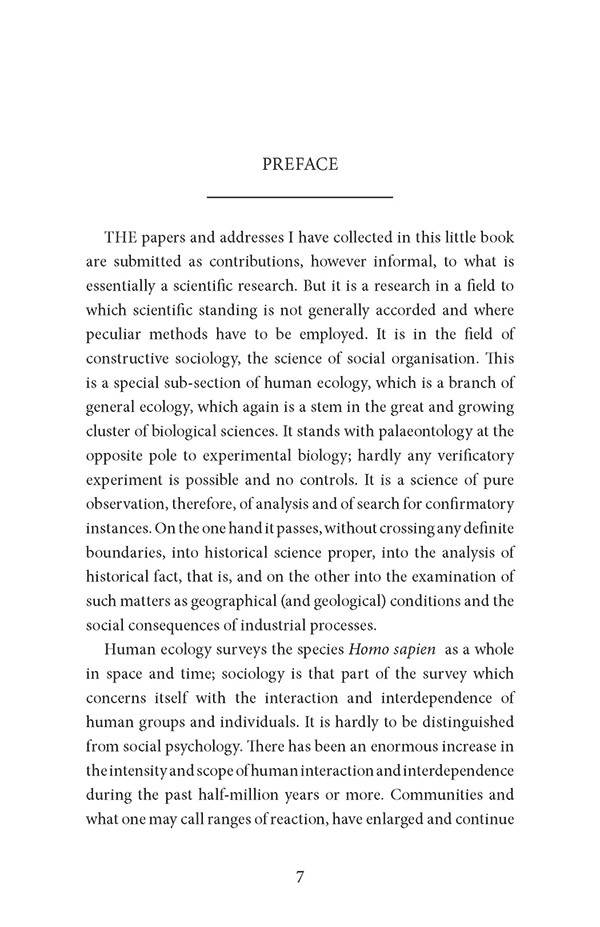 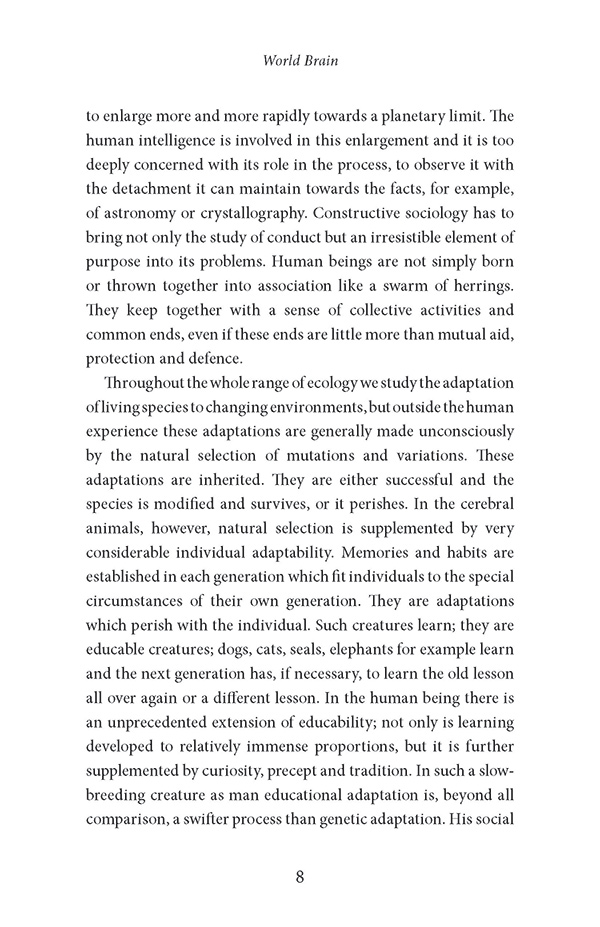 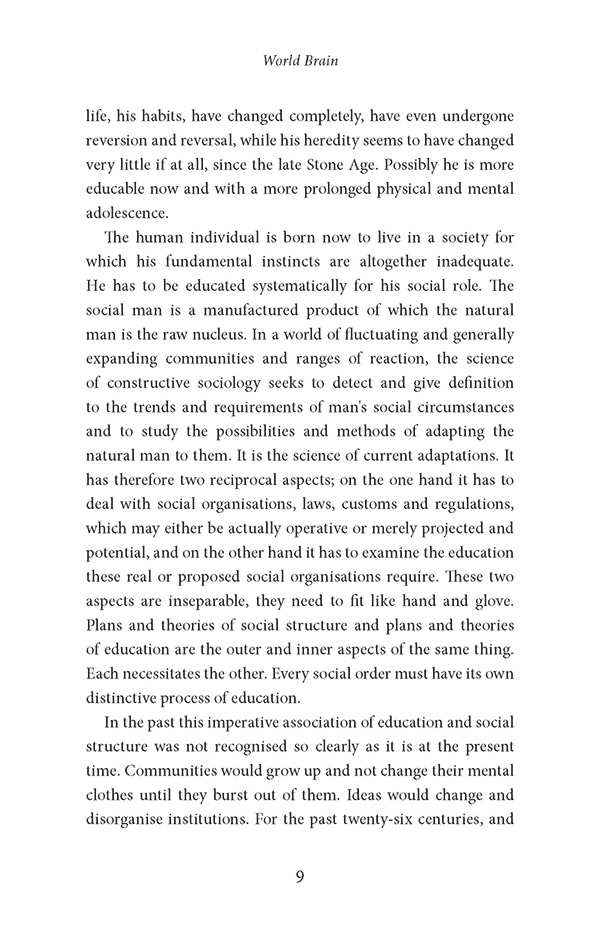 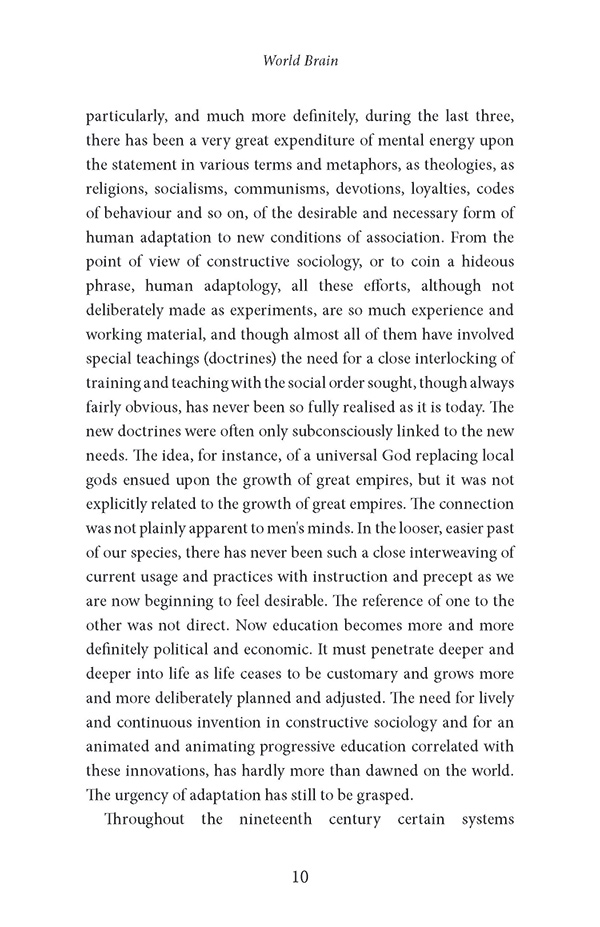 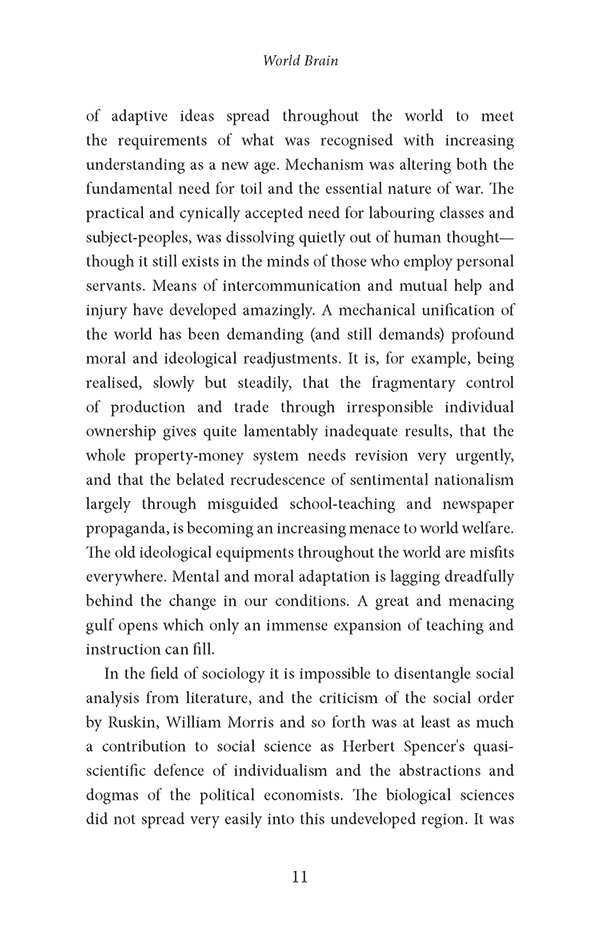 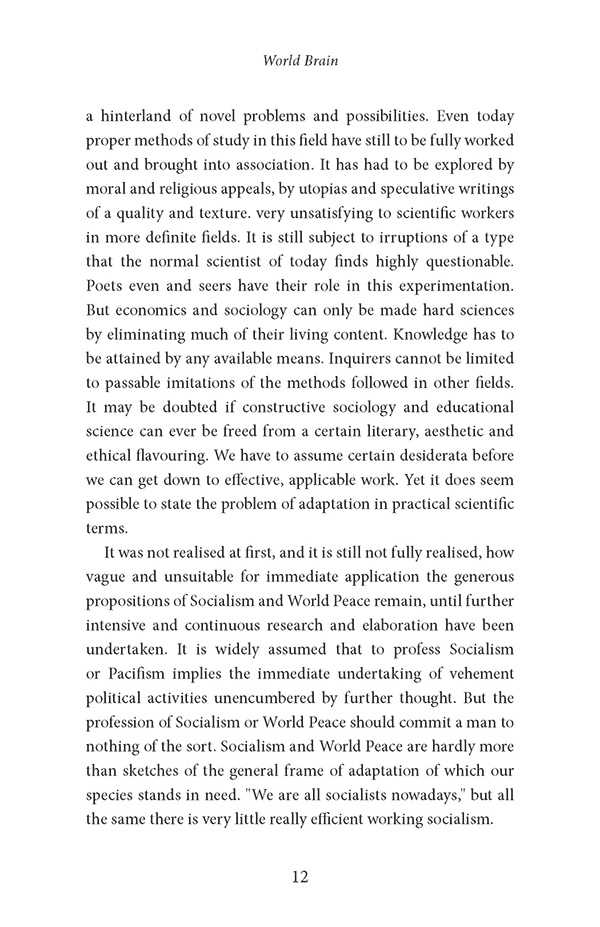 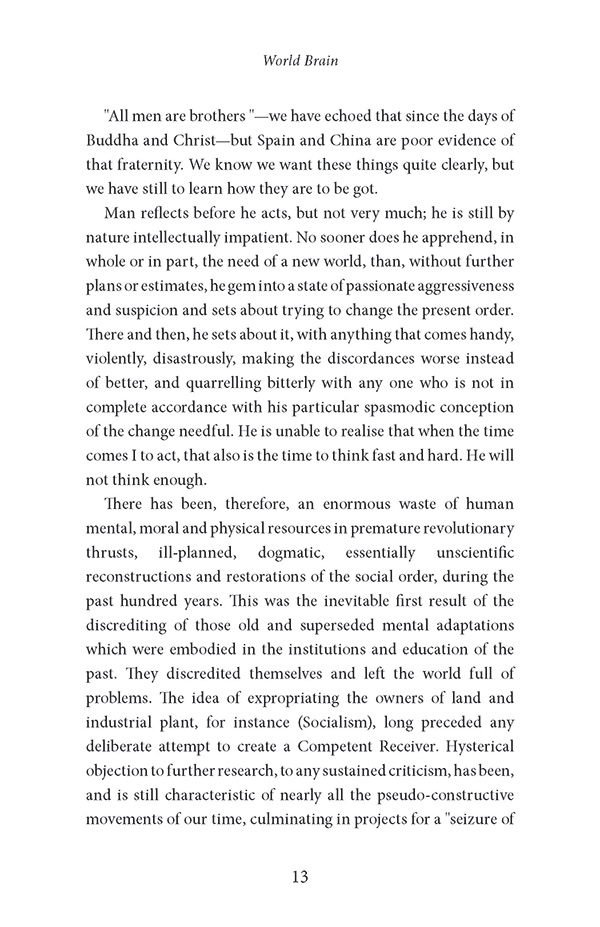 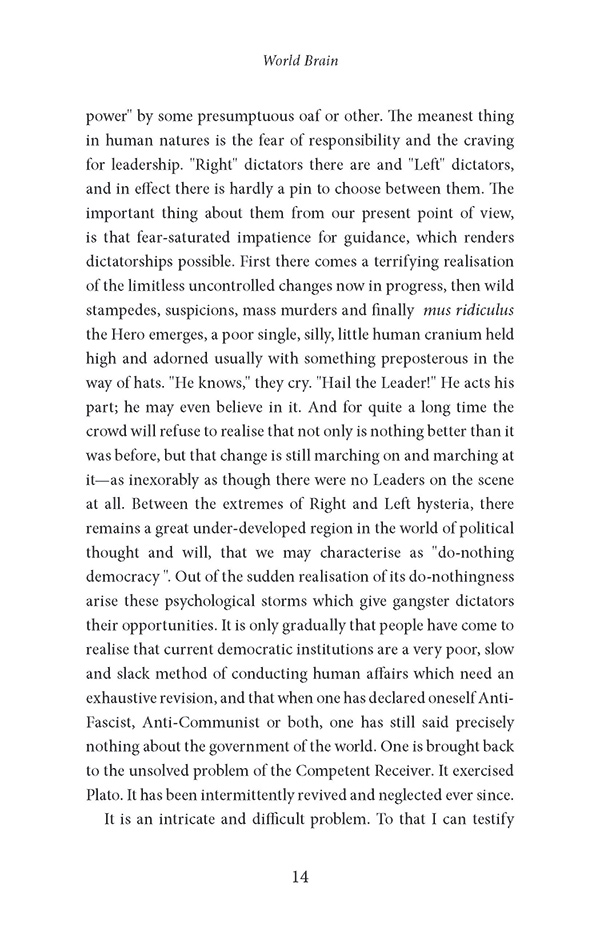 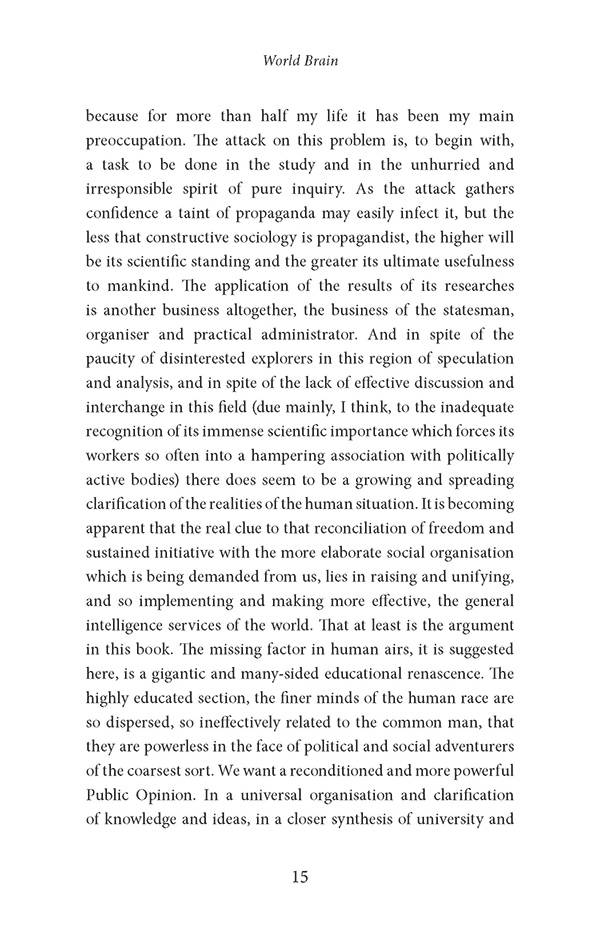 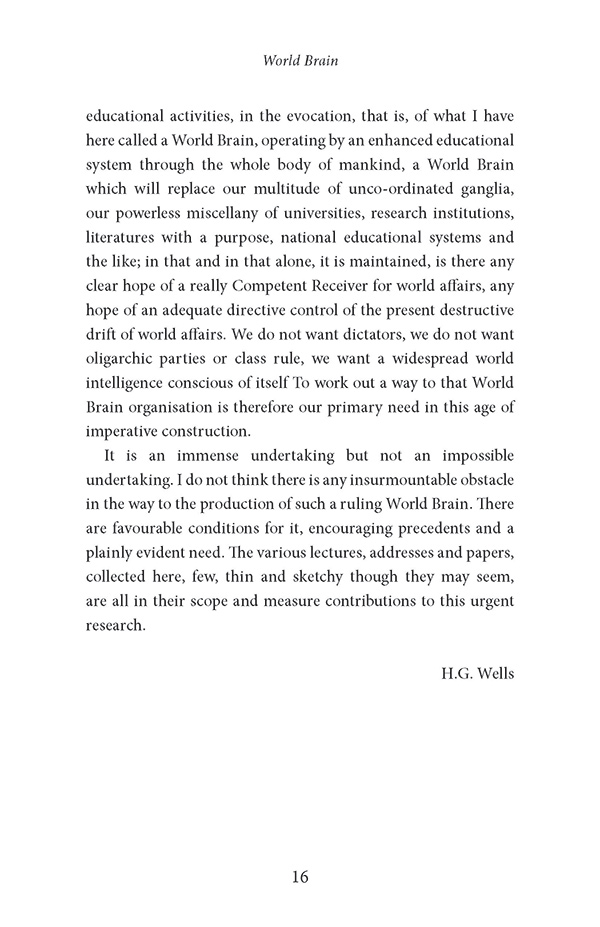 This article explores the idea of a “permanent world encyclopaedia” that would contain “the whole human memory” and that would be “a world synthesis of bibliography and documentation with the indexed archives of the world.”

“World Brain” is an article written by H. G. Wells and first contributed to the new “Encyclopédie Française” in 1937. It explores the idea of a “permanent world encyclopaedia” that would contain “the whole human memory” and that would be “a world synthesis of bibliography and documentation with the indexed archives of the world.” Fascinating and arguably prophetic reading, “World Brain” will appeal to fan Wells’ work. Herbert George Wells (1866 – 1946) was a prolific English writer who wrote in a variety of genres, including the novel, politics, history, and social commentary. Today, he is perhaps best remembered for his contributions to the science fiction genre thanks to such novels as “The Time Machine” (1895), “The Invisible Man” (1897), and “The War of the Worlds” (1898). “The Father of Science Fiction” was also a staunch socialist, and his later works are increasingly political and didactic. Many vintage books such as this are becoming increasingly scarce and expensive. We are republishing this book now in an affordable, modern, high-quality edition complete with a specially commissioned new biography of the author. 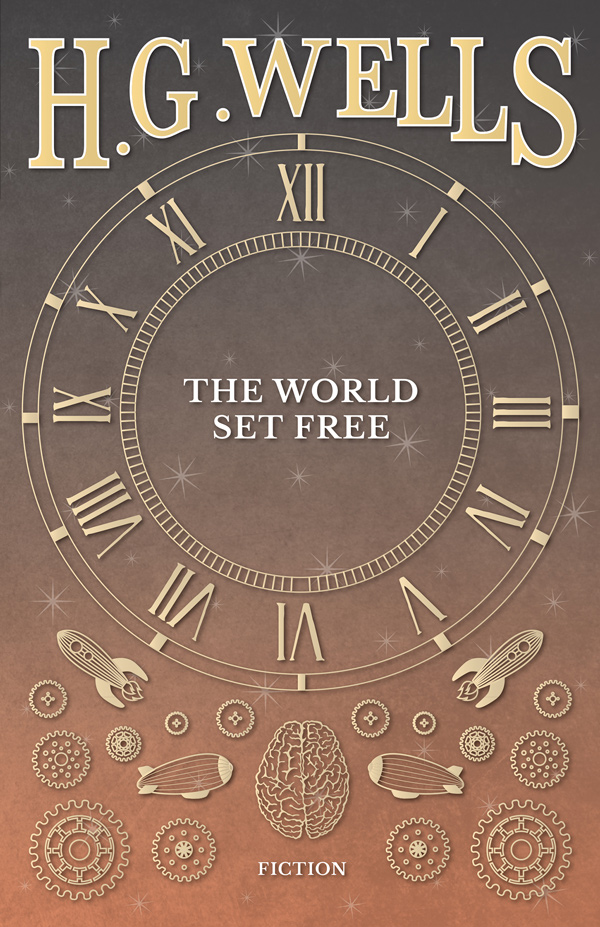 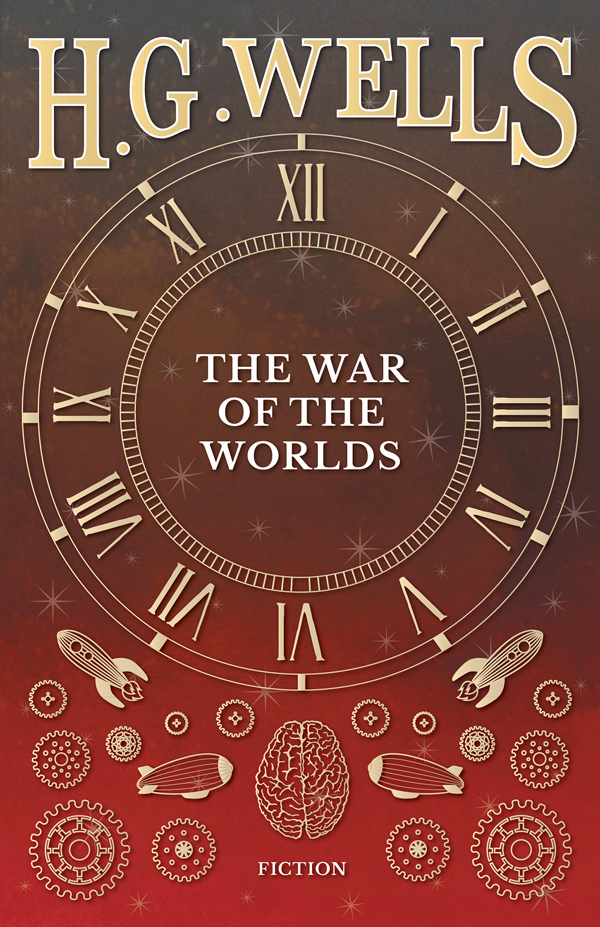 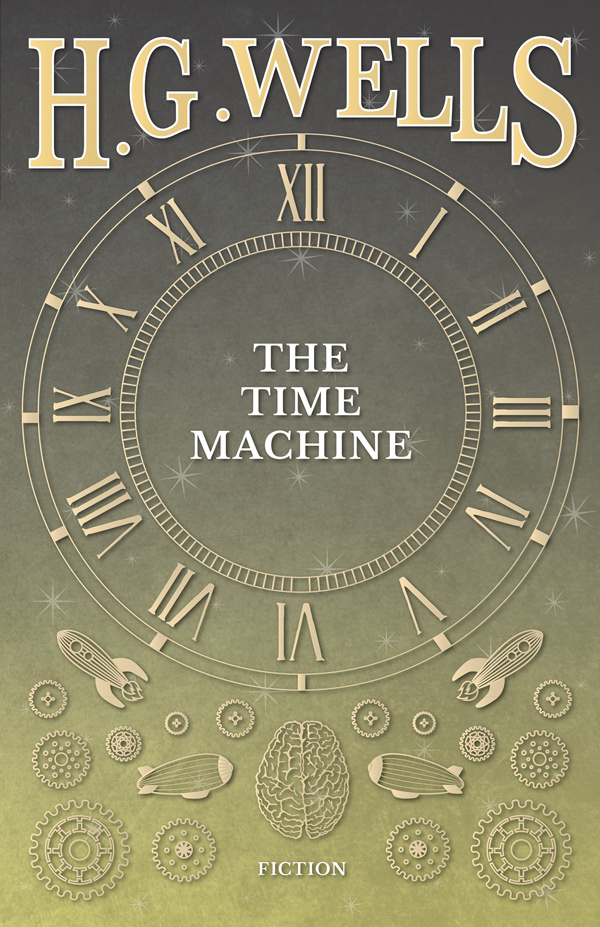 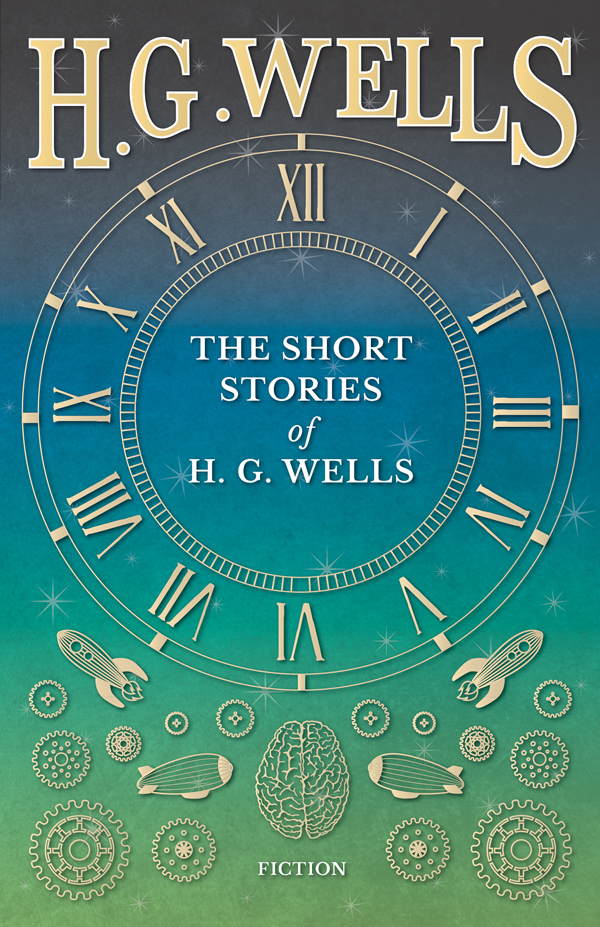 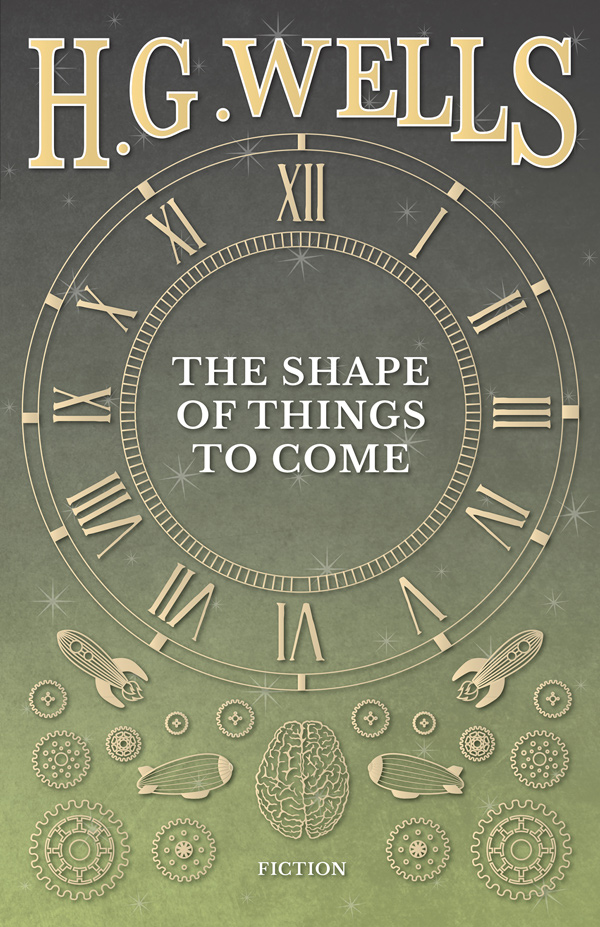 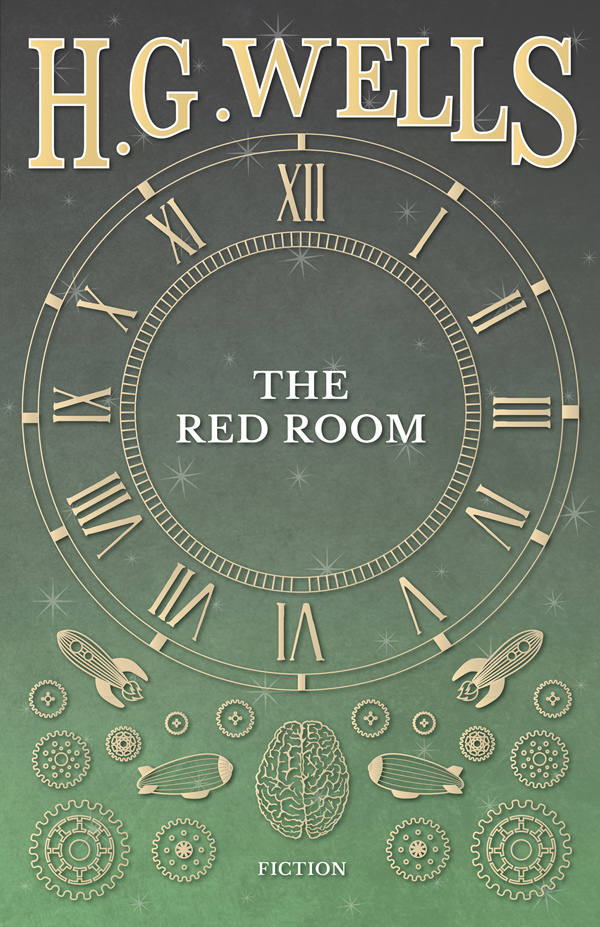 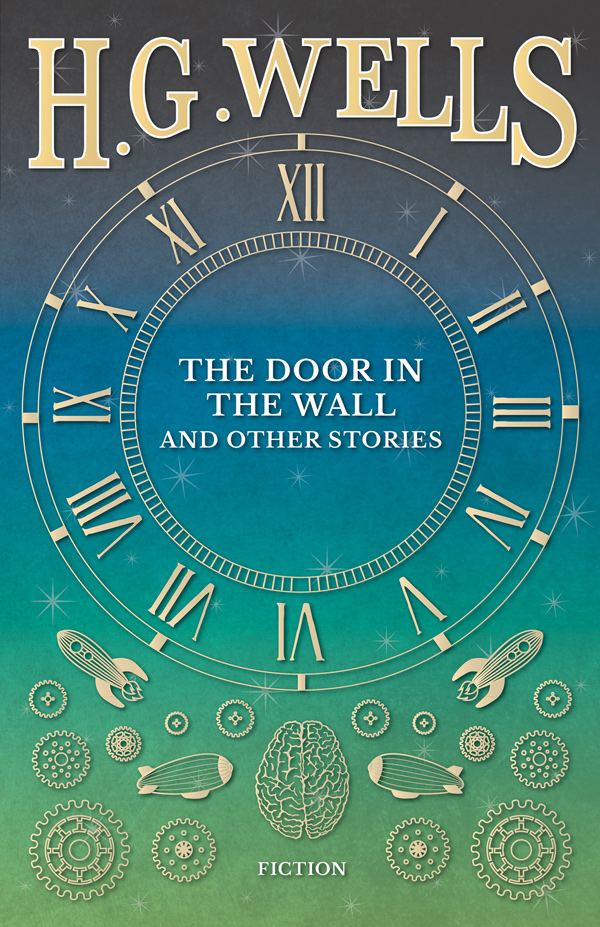 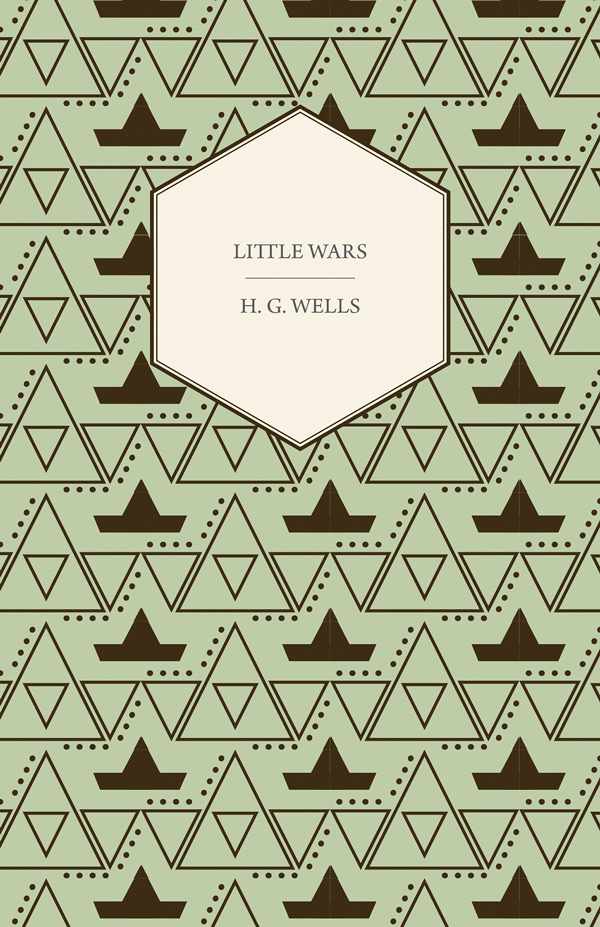 Herbert George Wells was born in Bromley, England in 1866. He apprenticed as a draper before becoming a pupil-teacher at Midhurst Grammar School in West Sussex. Some years later, Wells won a scholarship to the School of Science in London, where he developed a strong interest in biology and evolution, founding and editing the Science Schools Journal. However, he left before graduating to return to teaching, and began to focus increasingly on writing.

His first major essay on science, The Rediscovery of the Unique, appeared in 1891. However, it was in 1895 that Wells seriously established himself as a writer, with the publication of the now iconic novel, The Time Machine.

Wells followed The Time Machine with the equally well-received War of the Worlds (1898), which proved highly popular in the USA, and was serialized in the magazine Cosmopolitan. Around the turn of the century, he also began to write extensively on politics, technology and the future, producing works The Discovery of the Future (1902) and Mankind in the Making (1903).

An active socialist, in 1904 Wells joined the Fabian Society, and his 1905 book A Modern Utopia presented a vision of a socialist society founded on reason and compassion. Wells also penned a range of successful comic novels, such as Kipps (1905) and The History of Mr Polly (1910).

Wells’ 1920 work, The Outline of History, was penned in response to the Russian Revolution, and declared that world would be improved by education, rather than revolution. It made Wells one of the most important political thinkers of the twenties and thirties, and he began to write for a number of journals and newspapers, even travelling to Russia to lecture Lenin and Trotsky on social reform. Appalled by the carnage of World War II, Wells began to work on a project dealing with the perils of nuclear war, but died before completing it.

He is now regarded as one of the greatest science-fiction writers of all time, and an important political thinker.

Be the first to review “World Brain” Cancel reply

The Task of Social Hygiene

Little Essays on Love and Virtue