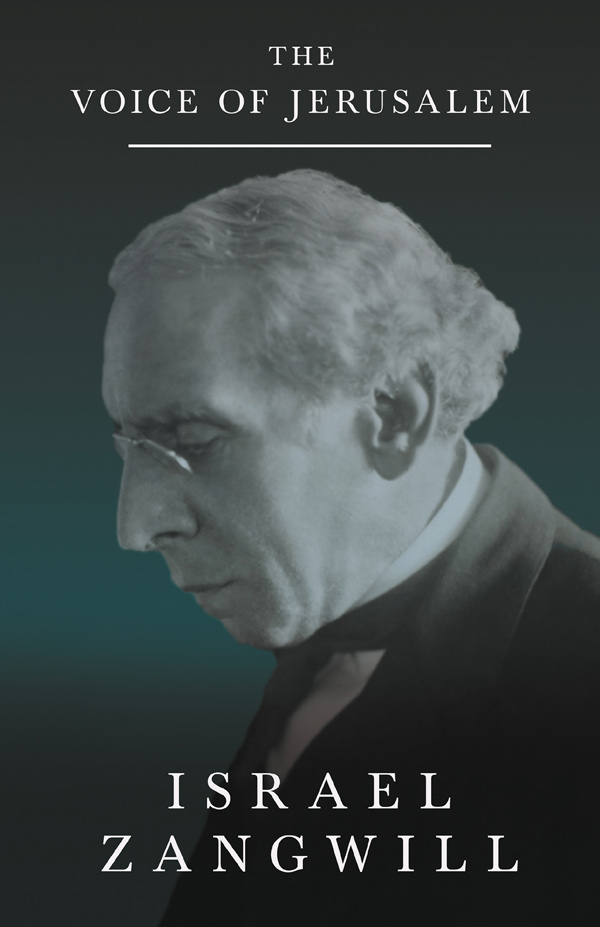 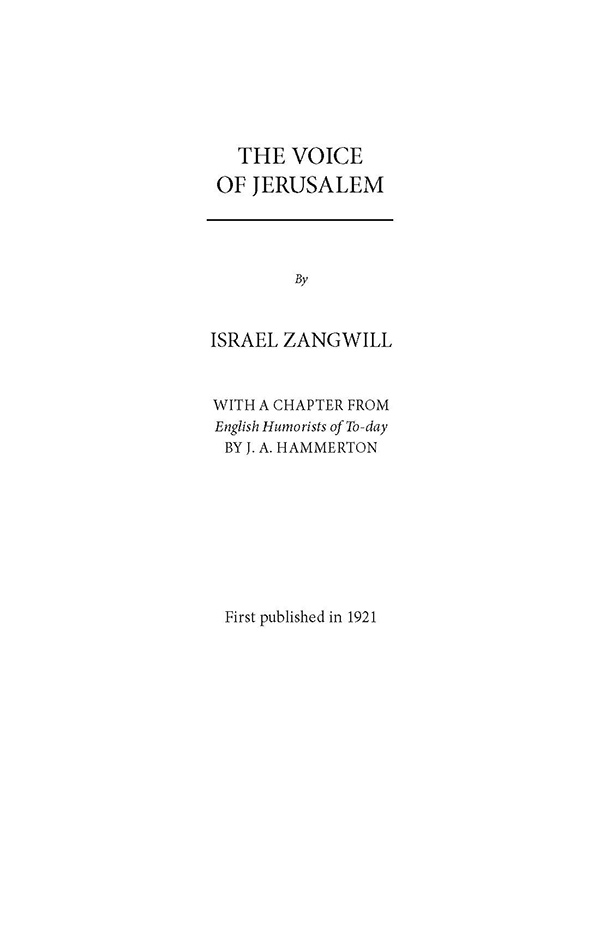 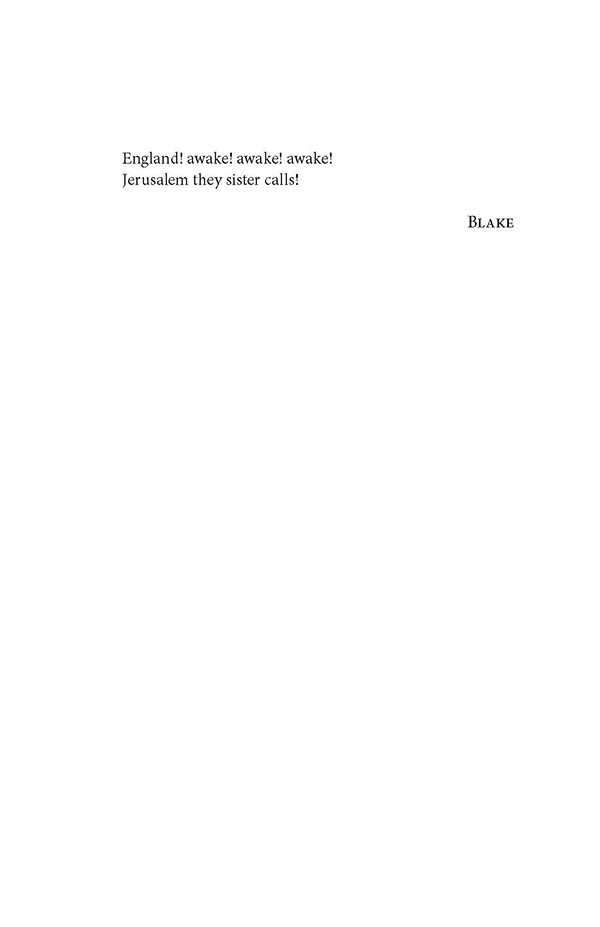 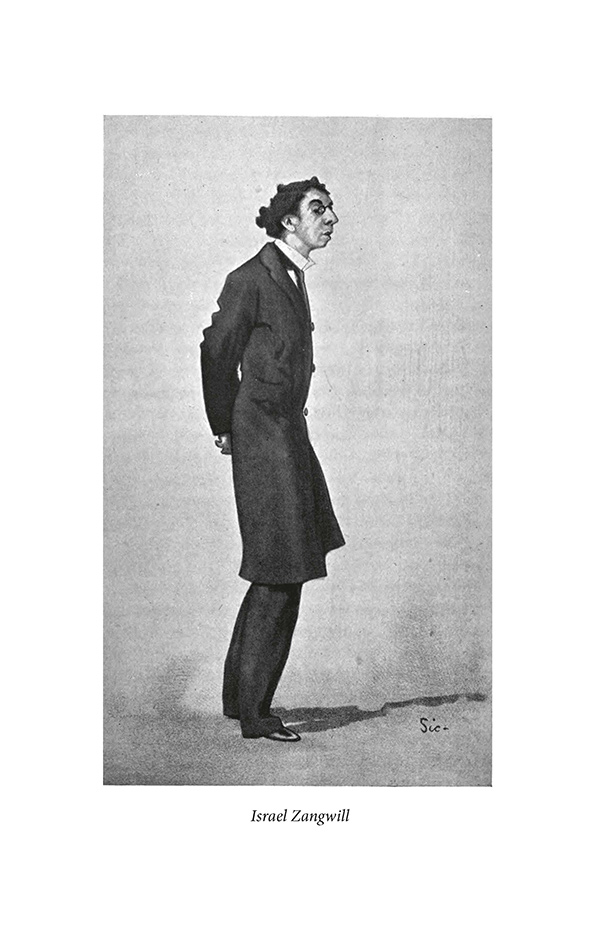 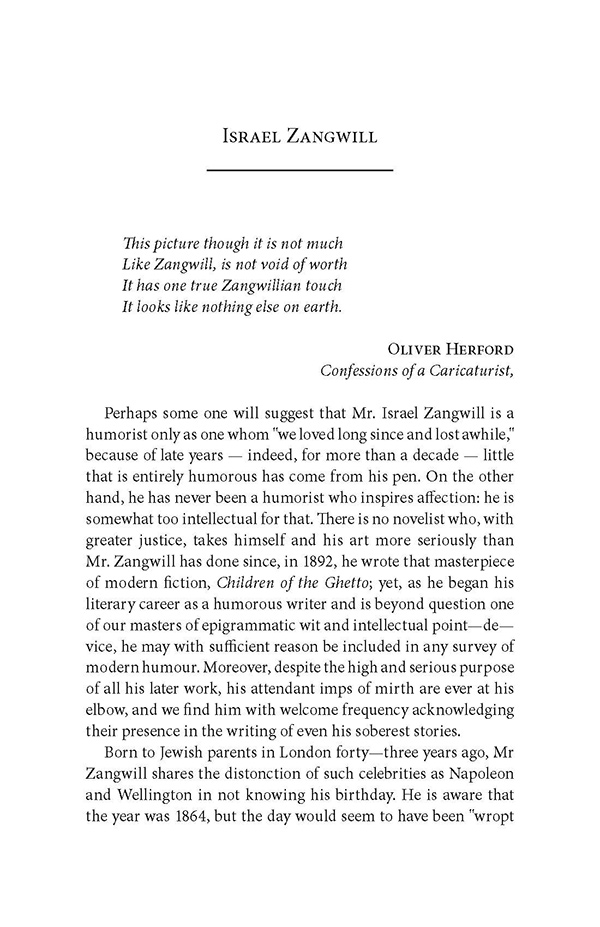 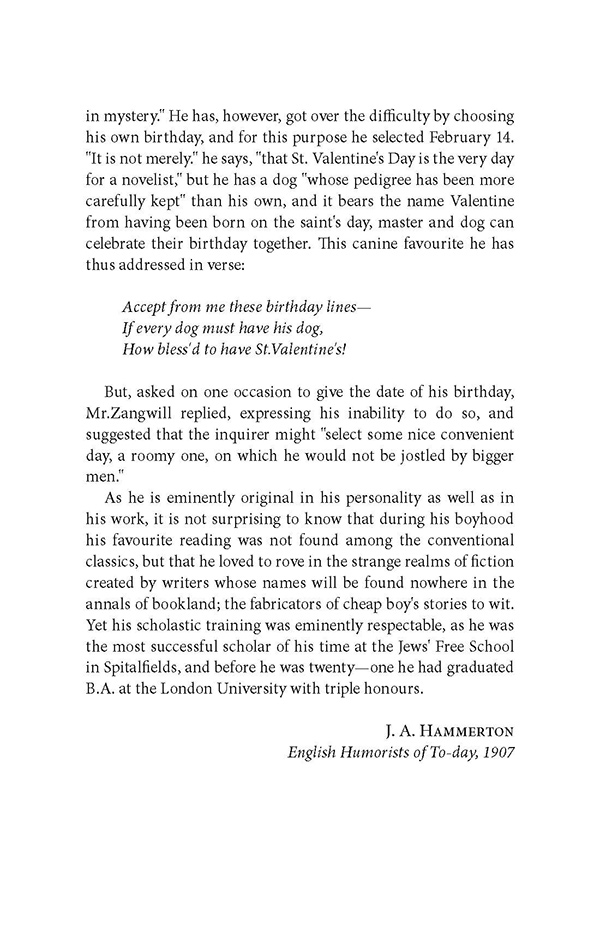 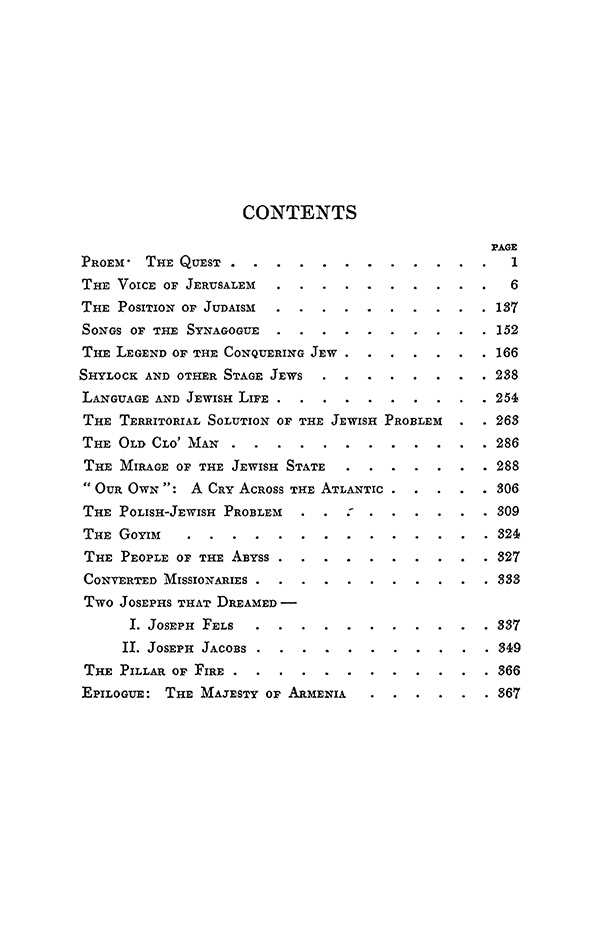 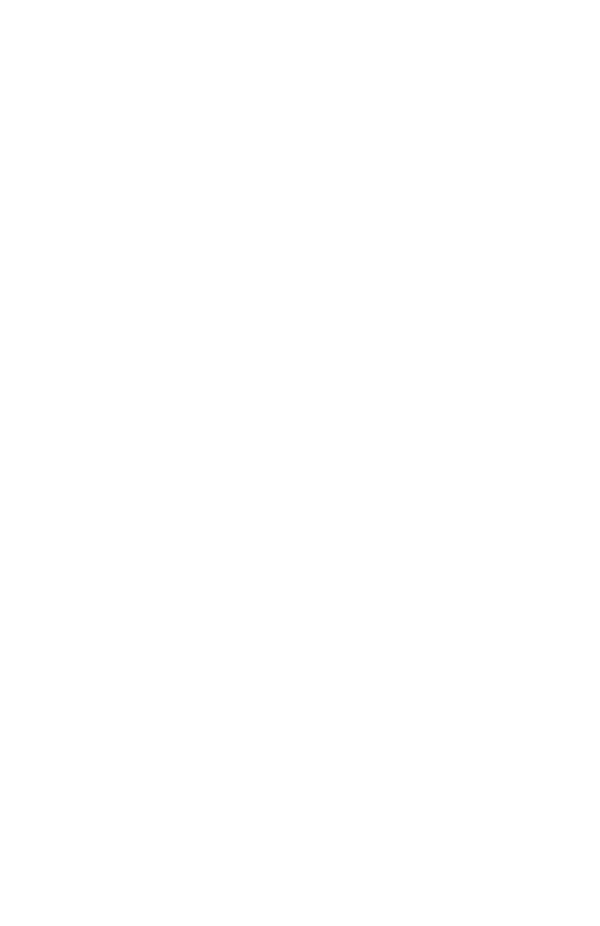 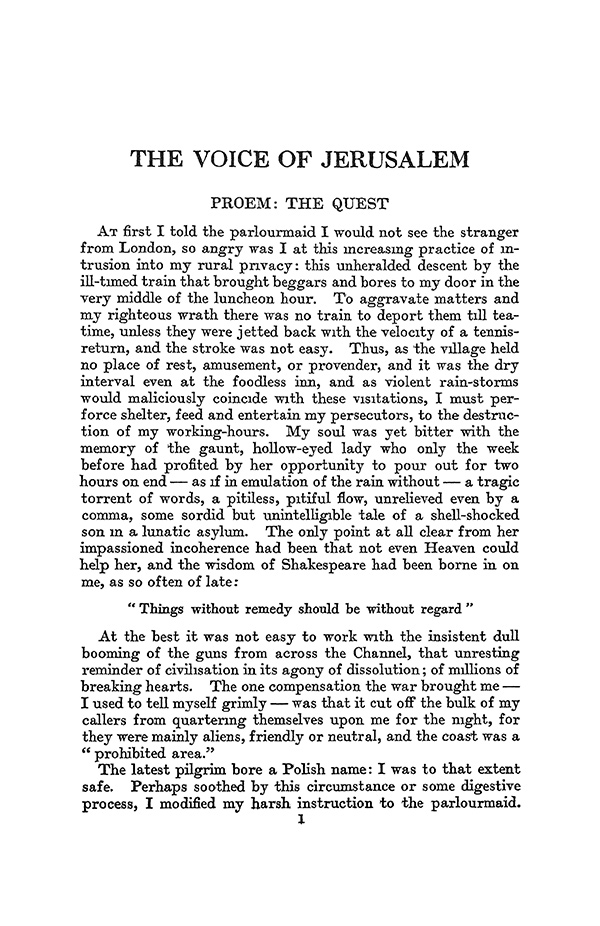 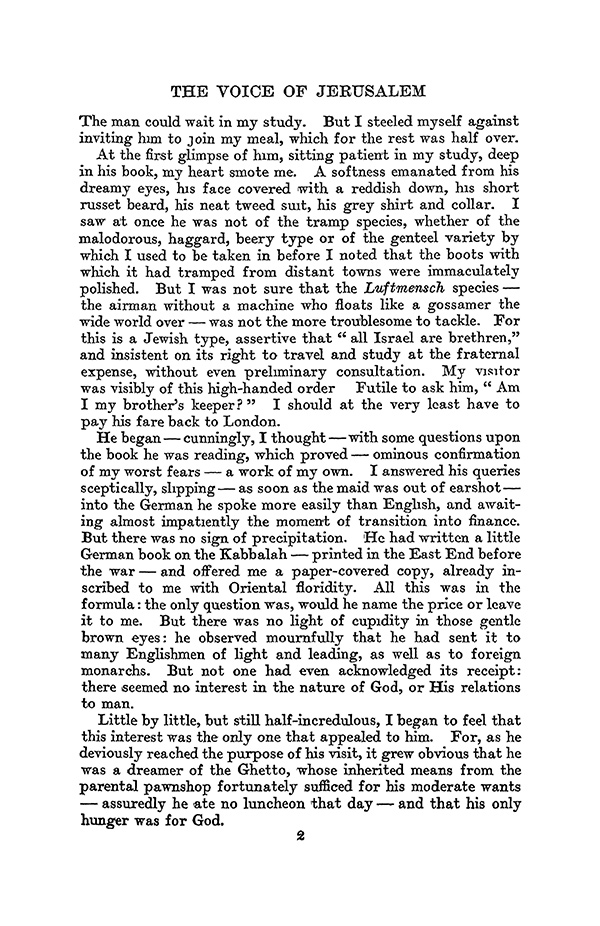 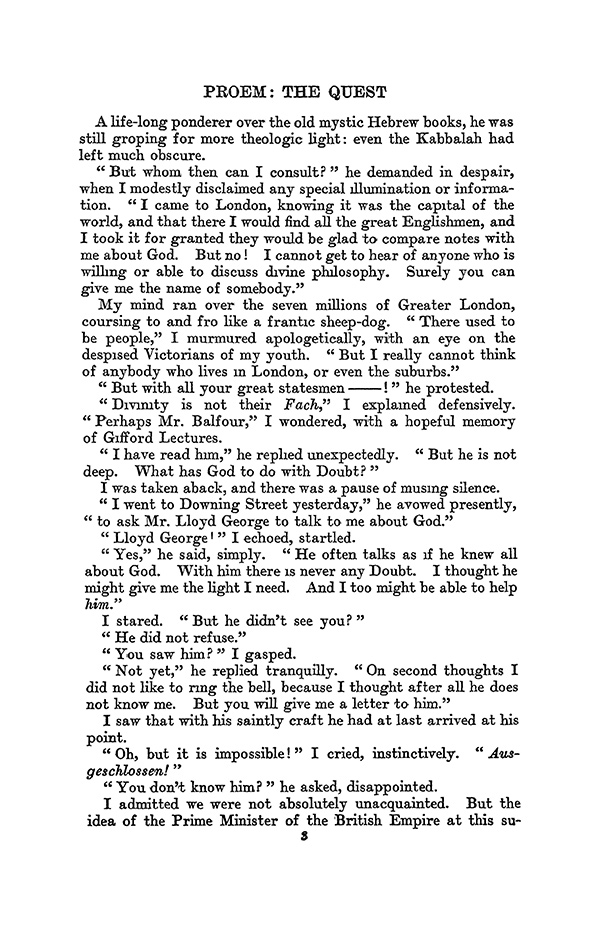 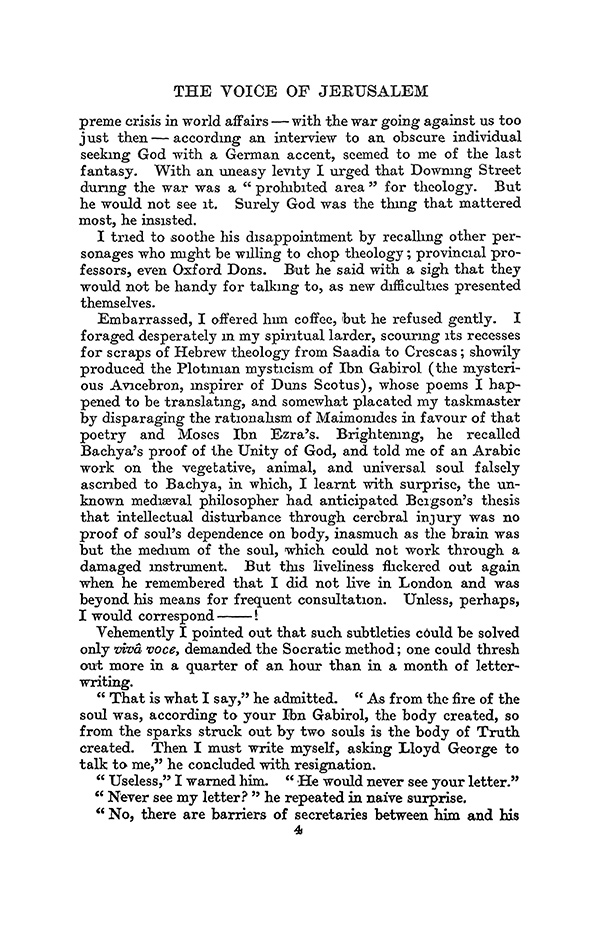 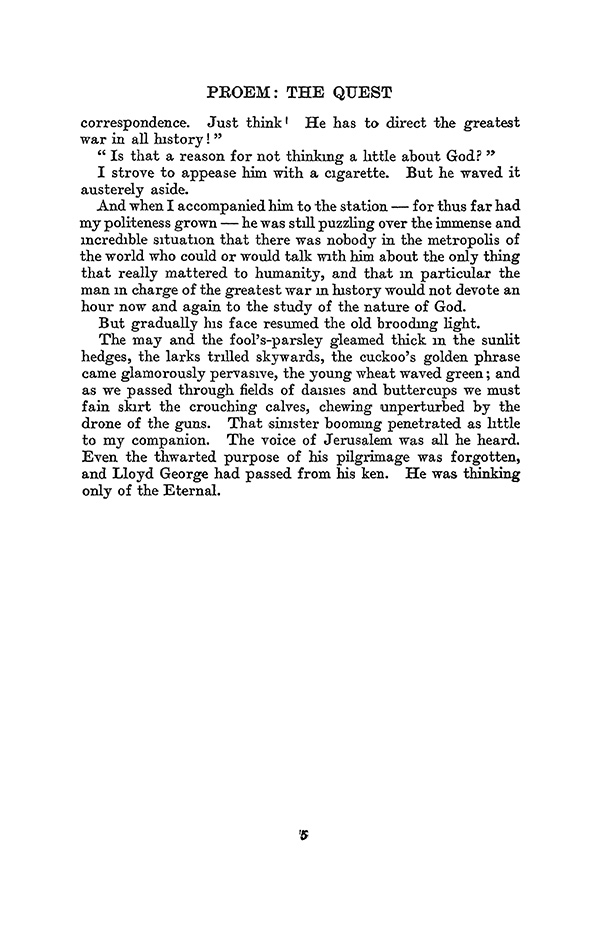 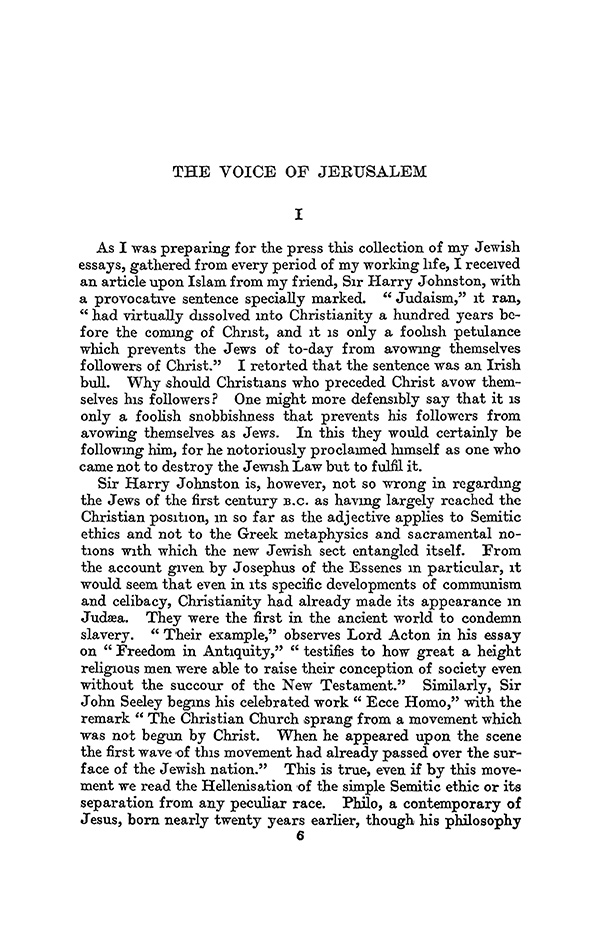 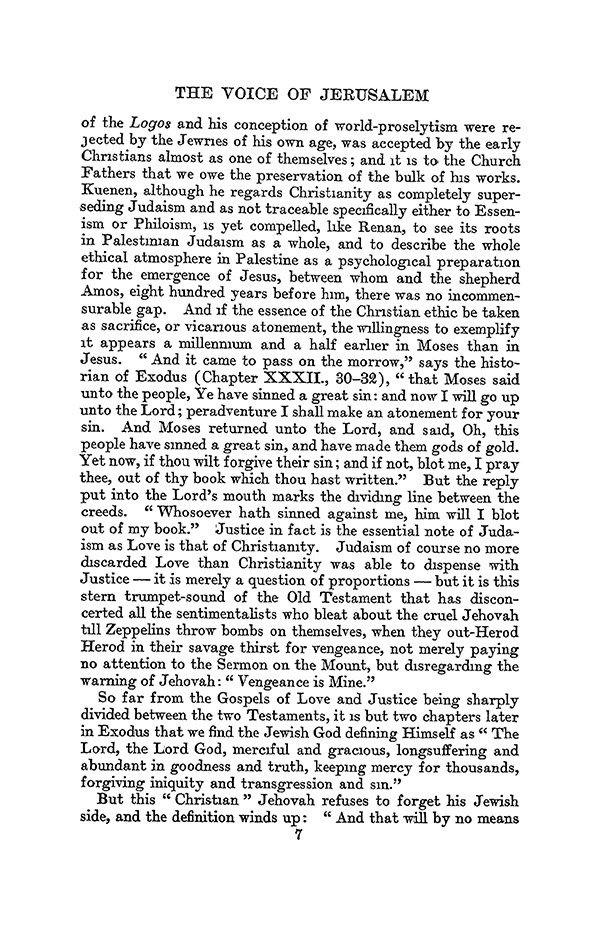 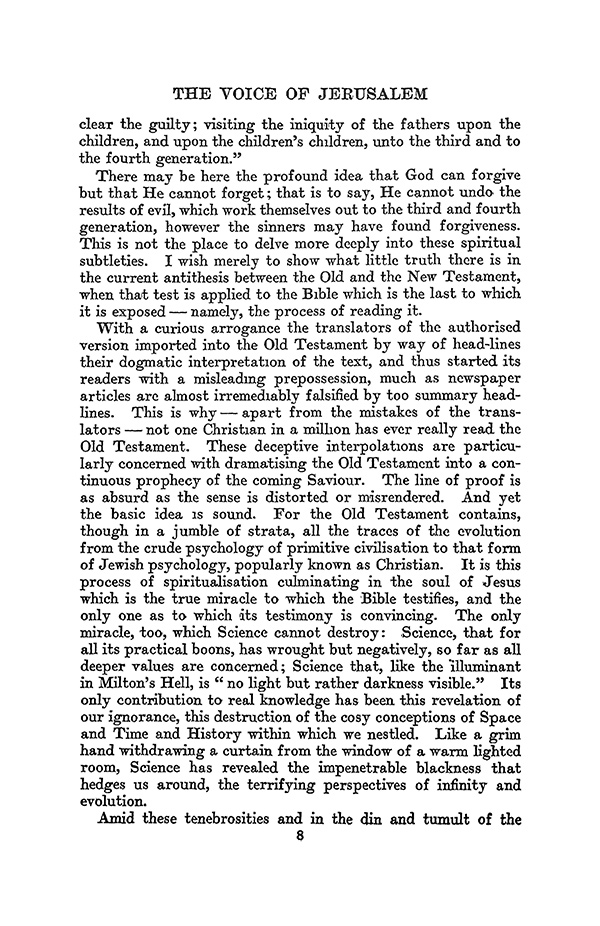 First published in 1921, “The Voice Of Jerusalem” is an early treatise on Zionism by British author and playwright Israel Zangwill. Israel Zangwill (1864–1926) was a British author and playwright. He was a leading figure in cultural Zionism during the 19th century, as well as close friend of father of modern political Zionism, Theodor Herzl. In later life, he renounced the seeking of a Jewish homeland in Palestine. Contents include: “Poem – The Quest”, “The Voice Of Jerusalem”, “The Position Of Judaism”, “Songs Of The Synagogue”, “The Legend Of The Conquering Jew”, “Shylock And Other Stage Jews”, “Language And Jewish Life”, “The Territorial Solution Of The Jewish Problem”, “The Old Clo’ Man”, “The Mirage Of The Jewish State”, “’ Our Own’”, “ A Cry Across The Atlantic”, etc. Highly recommended or those with an interest in early Zionism and related literature. This classic work is being republished now in a new edition complete with an introductory chapter from “English Humourists of To-Day” by J. A. Hammerton.

Born to Jewish parents in London forty—three years ago, Mr Zangwill shares the distinction of such celebrities as Napoleon and Wellington in not knowing his birthday. He is aware that the year was 1864, but the day would seem to have been "wropt in mystery." He has, however, got over the difficulty by choosing his own birthday, and for this purpose he selected February 14. "It is not merely." he says, "that St. Valentine's Day is the very day for a novelist," but he has a dog "whose pedigree has been more carefully kept" than his own, and it bears the name Valentine from having been born on the saint's day, master and dog can celebrate their birthday together. This canine favourite he has thus addressed in verse:

Accept from me these birthday lines—

If every dog must have his dog,

How bless'd to have St.Valentine's!

But, asked on one occasion to give the date of his birthday, Mr.Zangwill replied, expressing his inability to do so, and suggested that the inquirer might "select some nice convenient day, a roomy one, on which he would not be jostled by bigger men."

As he is eminently original in his personality as well as in his work, it is not surprising to know that during his boyhood his favourite reading was not found among the conventional classics, but that he loved to rove in the strange realms of fiction created by writers whose names will be found nowhere in the annals of bookland; the fabricators of cheap boy's stories to wit. Yet his scholastic training was eminently respectable, as he was the most successful scholar of his time at the Jews' Free School in Spitalfields, and before he was twenty—one he had graduated B.A. at the London University with triple honours.

Perhaps some one will suggest that Mr. Israel Zangwill is a humorist only as one whom "we loved long since and lost awhile," because of late years — indeed, for more than a decade — little that is entirely humorous has come from his pen. On the other hand, he has never been a humorist who inspires affection: he is somewhat too intellectual for that. There is no novelist who, with greater justice, takes himself and his art more seriously than Mr. Zangwill has done since, in 1892, he wrote that masterpiece of modern fiction, Children of the Ghetto; yet, as he began his literary career as a humorous writer and is beyond question one of our masters of epigrammatic wit and intellectual point—de—vice, he may with sufficient reason be included in any survey of modern humour. Moreover, despite the high and serious purpose of all his later work, his attendant imps of mirth are ever at his elbow, and we find him with welcome frequency acknowledging their presence in the writing of even his soberest stories.

Be the first to review “The Voice of Jerusalem” Cancel reply

Running a Thousand Miles for Freedom