Log In
This book can be found in:
Biography & Memoir | Science, Technology & Medical Biographies
History | Women in History 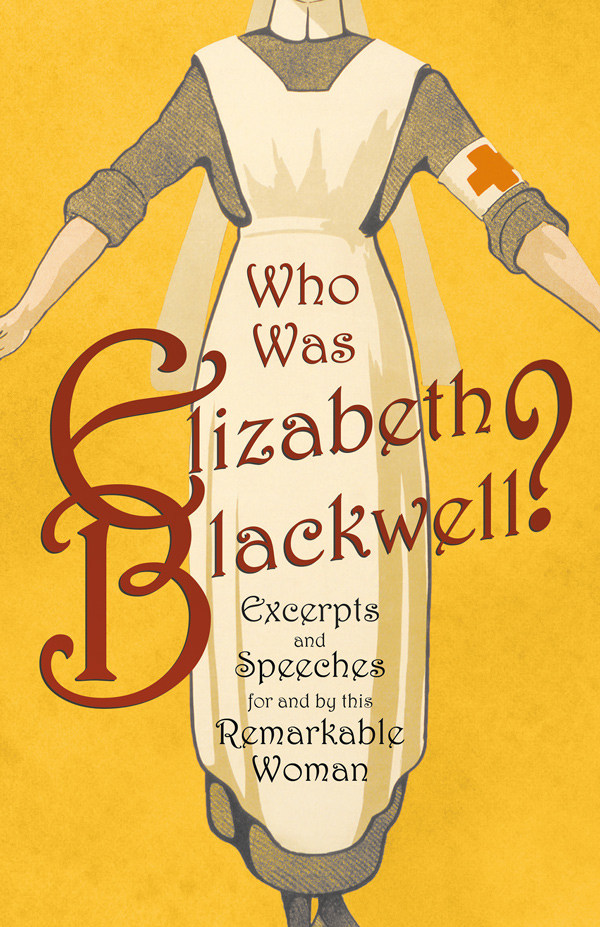 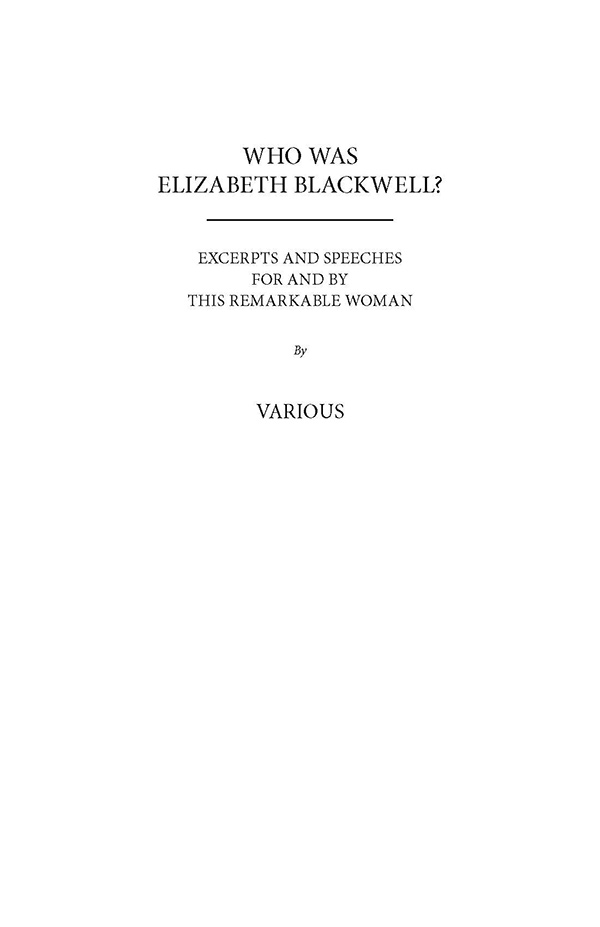 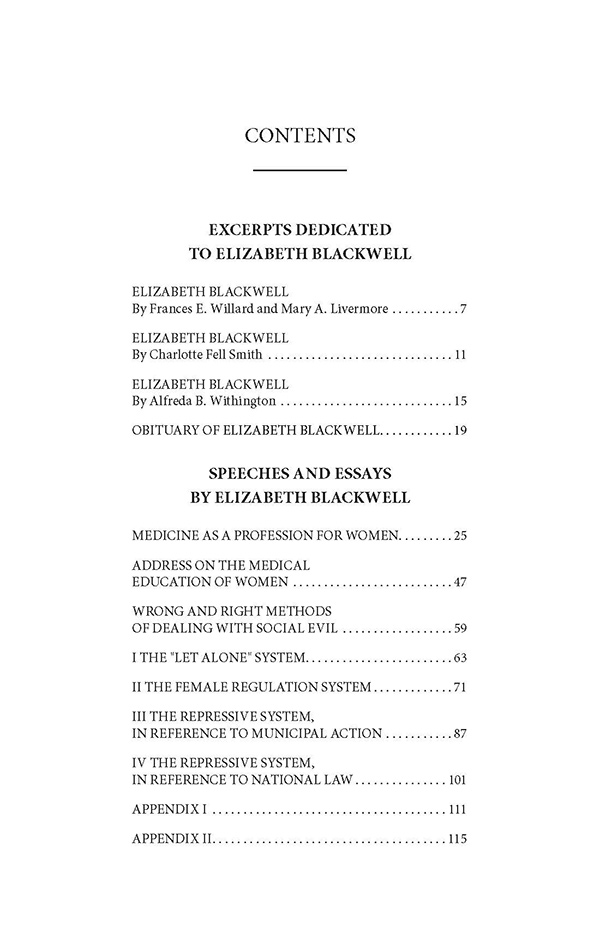 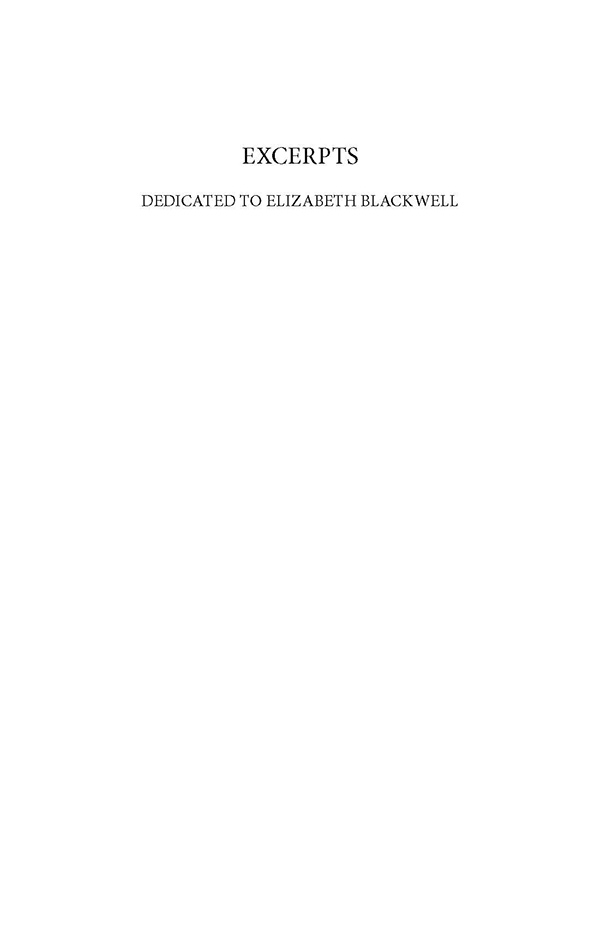 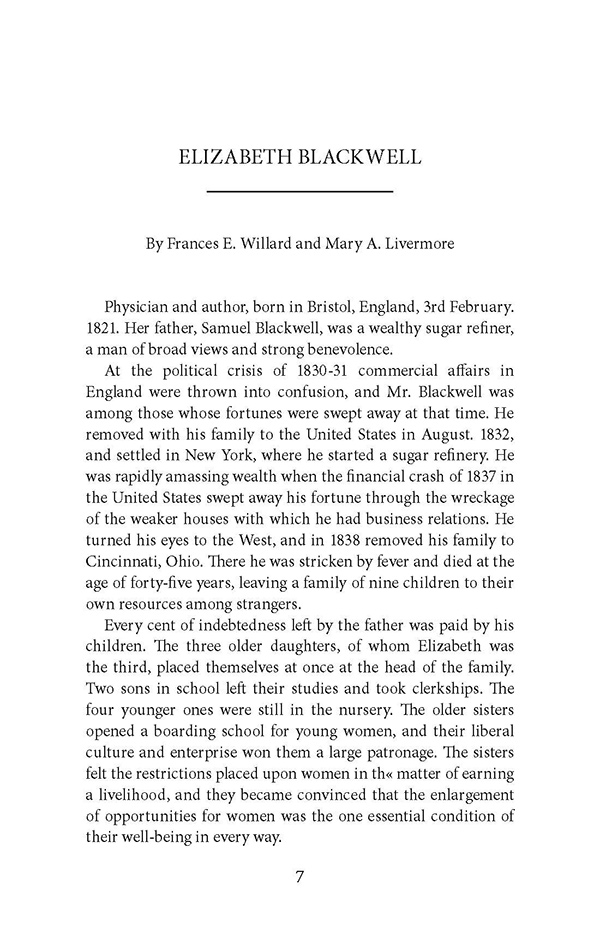 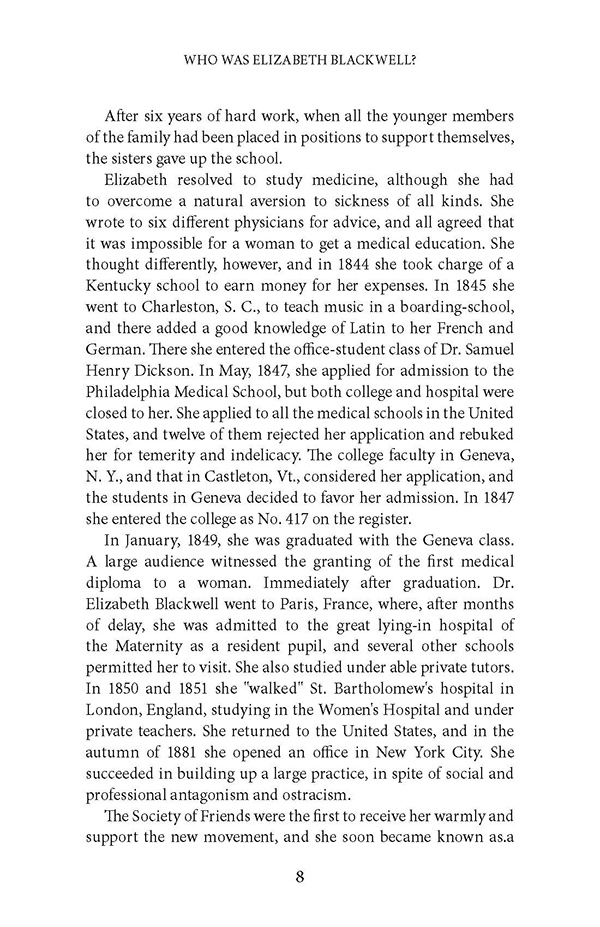 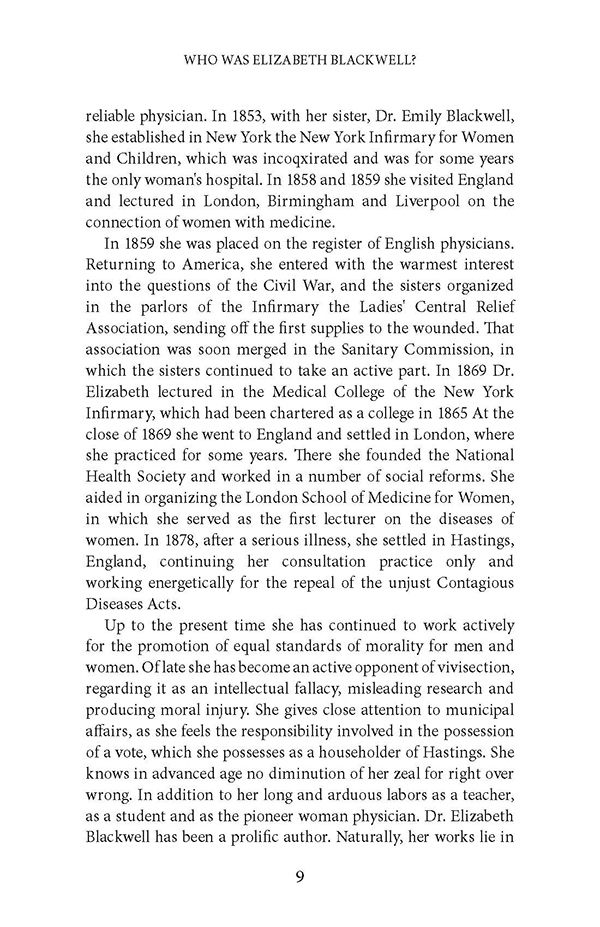 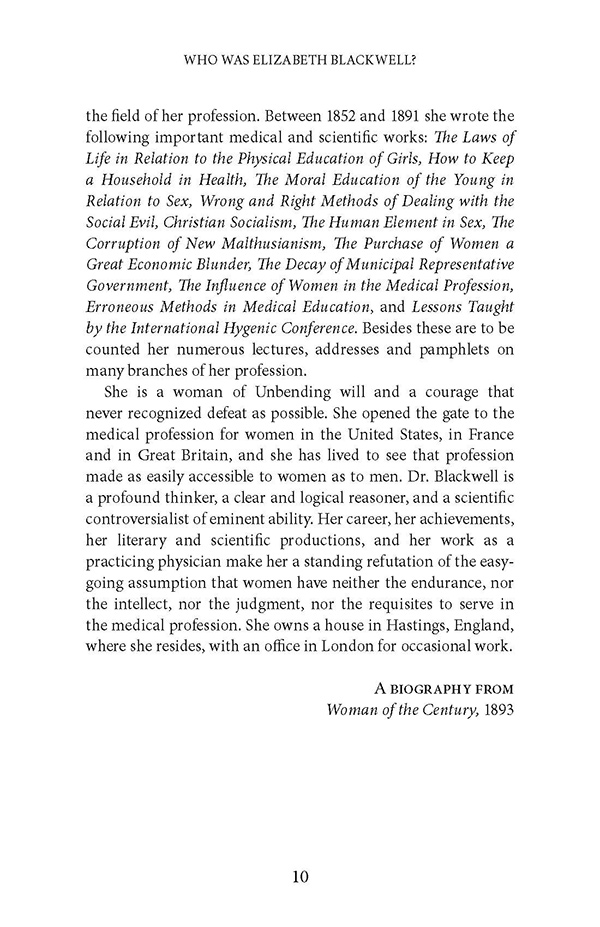 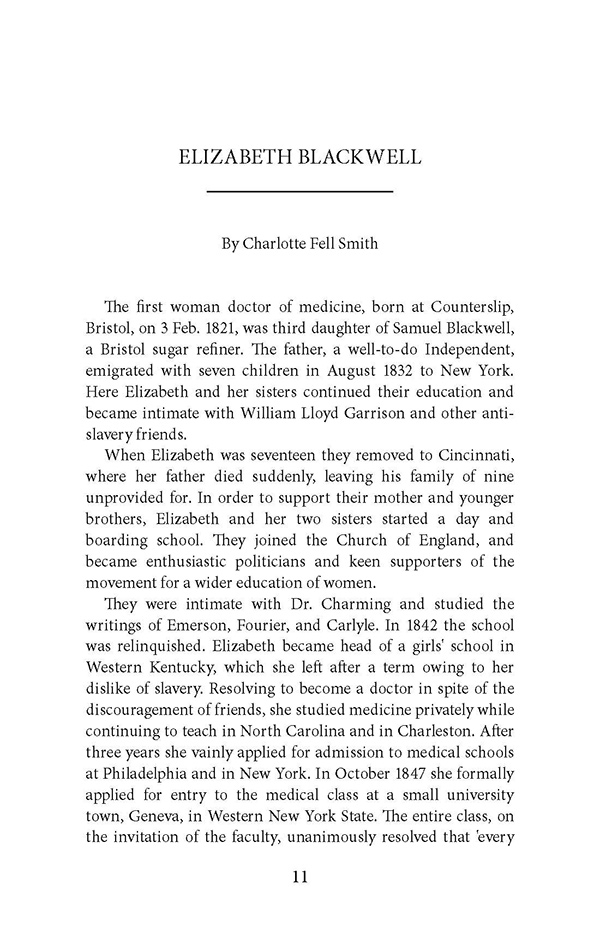 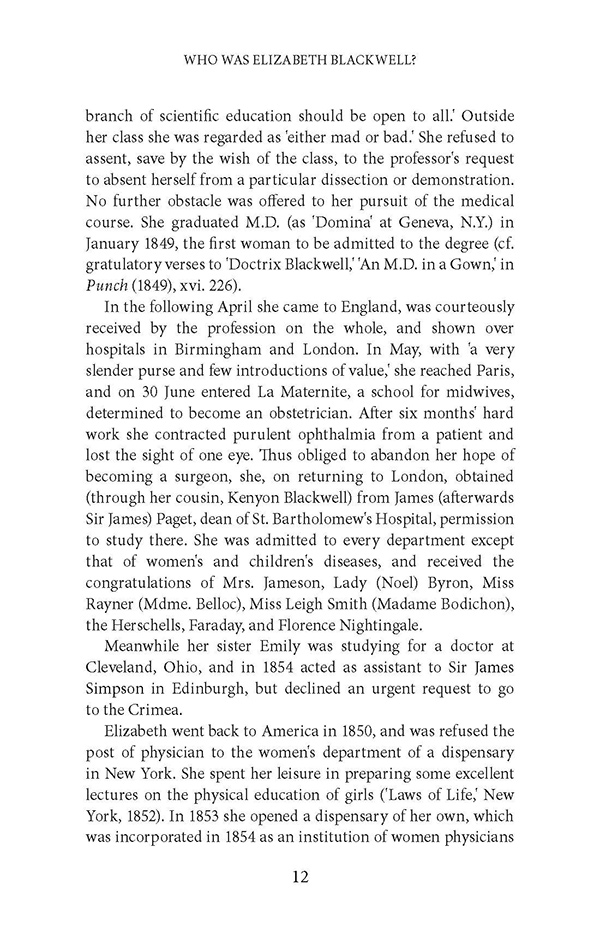 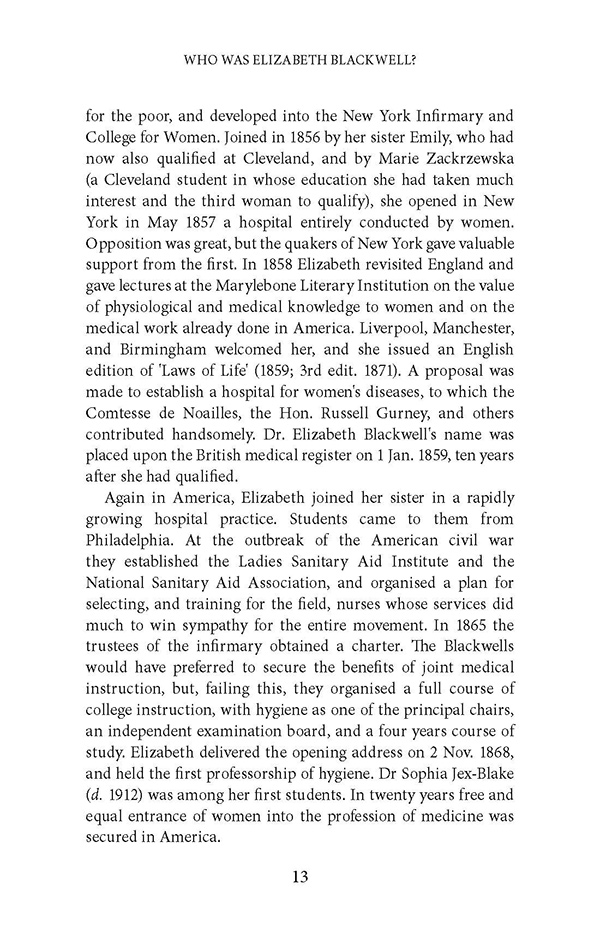 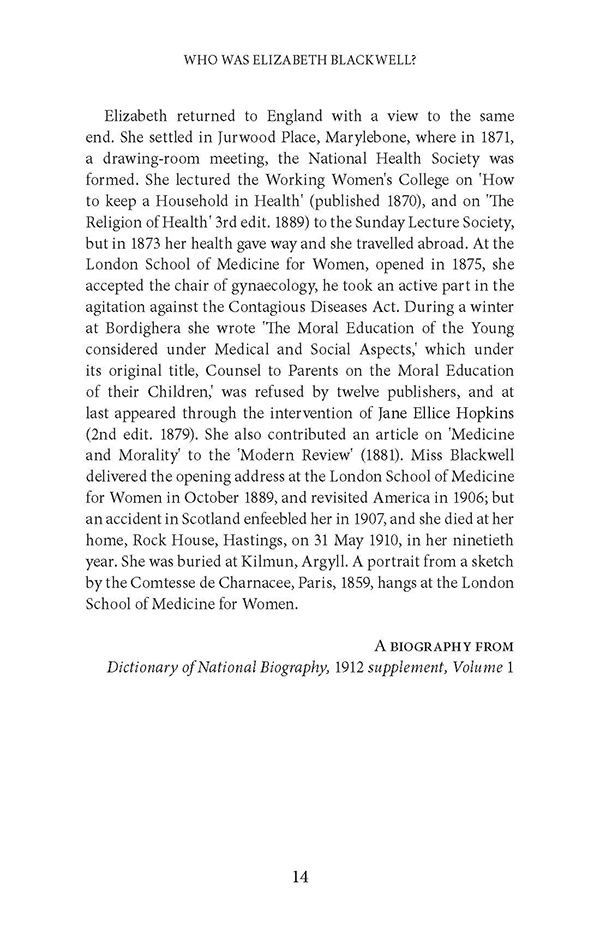 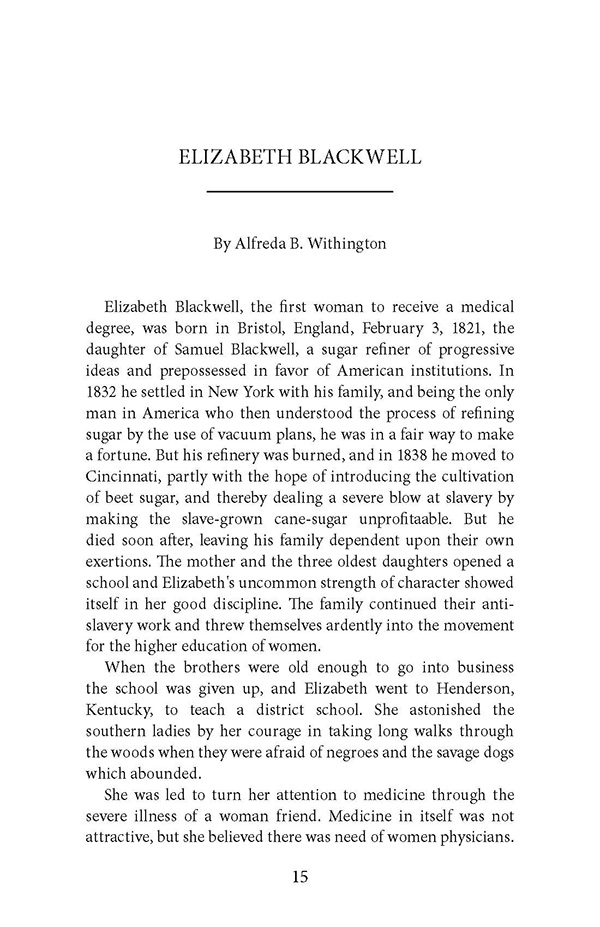 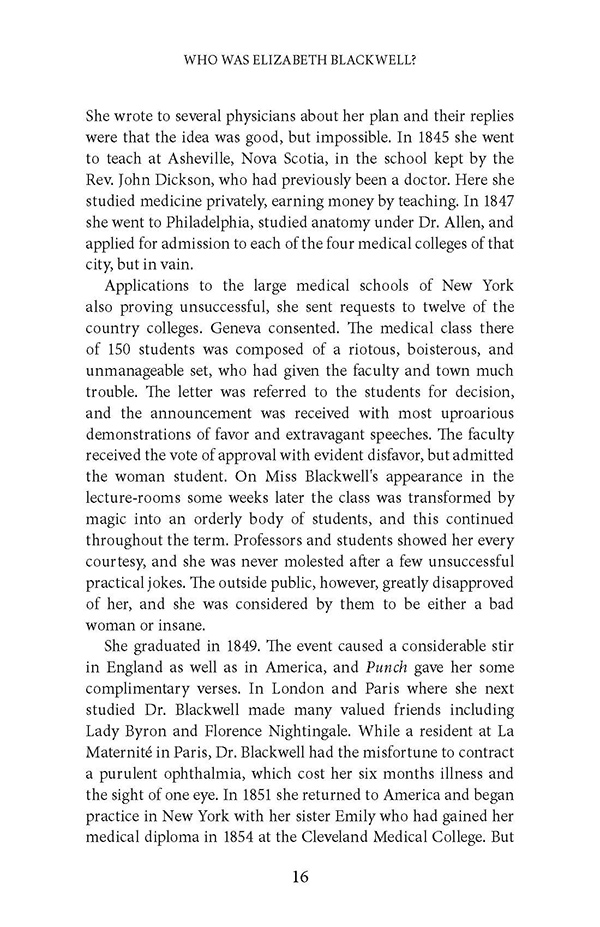 Excerpts and Speeches For and By this Remarkable Woman

A fantastic collection of essays by various authors dedicated to Blackwell, together with some of her most significant speeches on the topic of medicine and education.

Elizabeth Blackwell (1821–1910) was a British physician. She was first woman to study medicine at university in the United States, as well as the first to be put on the Medical Register of the General Medical Council. She was a key reformer in both the United States and the United Kingdom who pioneered the education of women in medicine. Blackwell also played an important role as an organiser of nurses during the American Civil War. Her most notable works include: “The Causes and Treatment of Typhus, or Shipfever” (1949), “The Laws of Life with Special Reference to the Physical Education of Girls” (1952), and “An Appeal in Behalf of the Medical Education of Women” (1856). “Who Was Elizabeth Blackwell?” contains a fantastic collection of essays by various authors dedicated to Blackwell, together with some of her most significant speeches on the topic of medicine and education. Contents include: “Elizabeth Blackwell, by Frances E. Willard and Mary A. Livermore”, “Elizabeth Blackwell, by Charlotte Fell Smith”, “Elizabeth Blackwell, by Alfreda B. Withington”, “Obituary of Elizabeth Blackwell”, “Medicine as a Profession for Women”, “Address on the Medical Education of Women”, “Wrong and Right Methods of Dealing with Social Evil”, “The ‘Let Alone’ System”, “The Female Regulation System”, “The Repressive System, in Reference to Municipal Action”, and “The Repressive System, in Reference to National Law”. Brilliant Women – Read & Co. is proudly publishing this brand-new collection of classic essays and speeches for the enjoyment of readers now and in years to come.

Be the first to review “Who was Elizabeth Blackwell?” Cancel reply