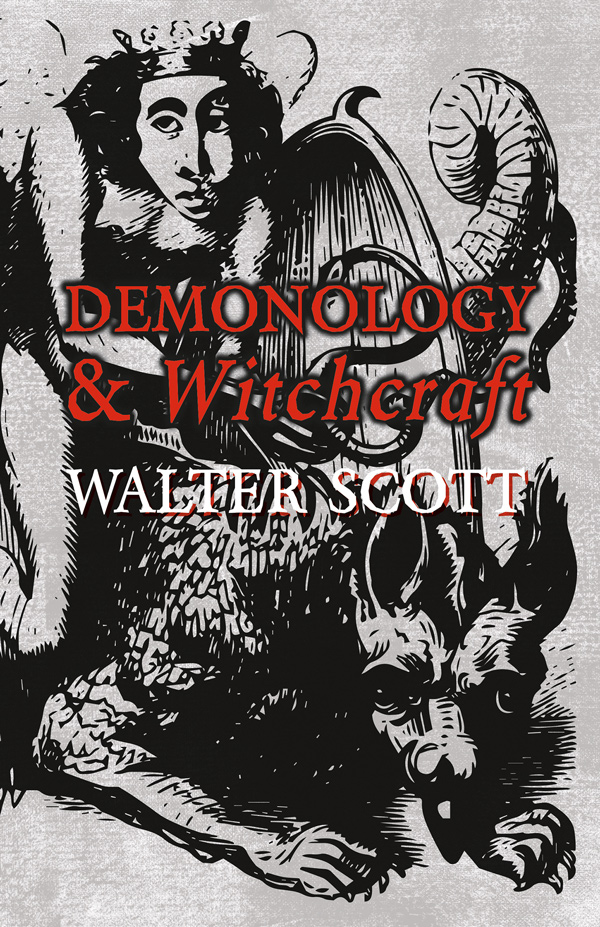 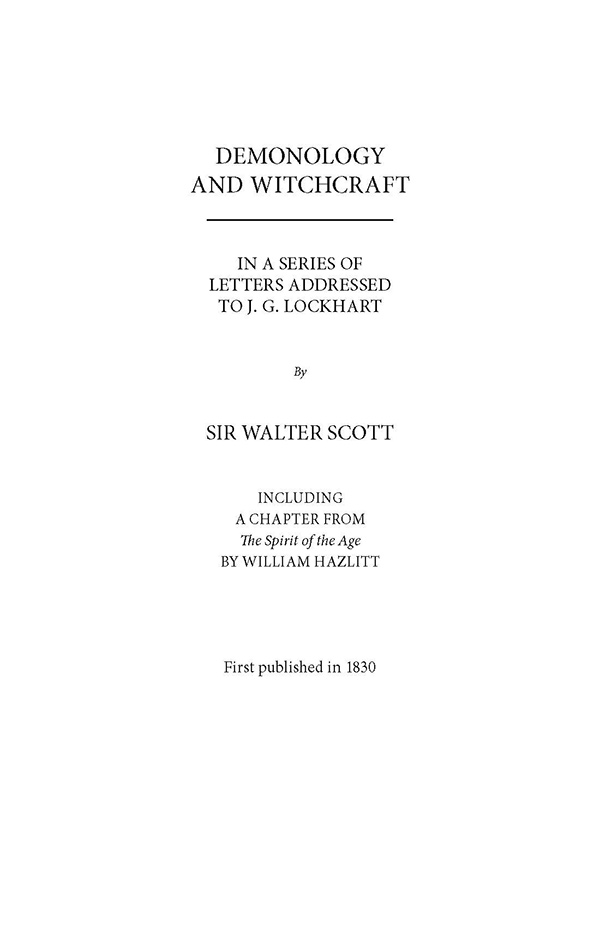 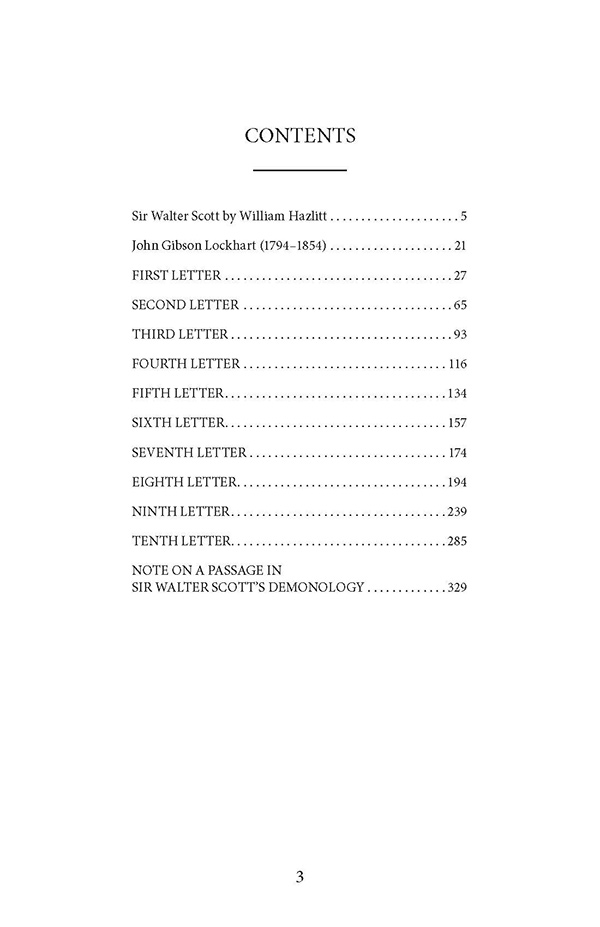 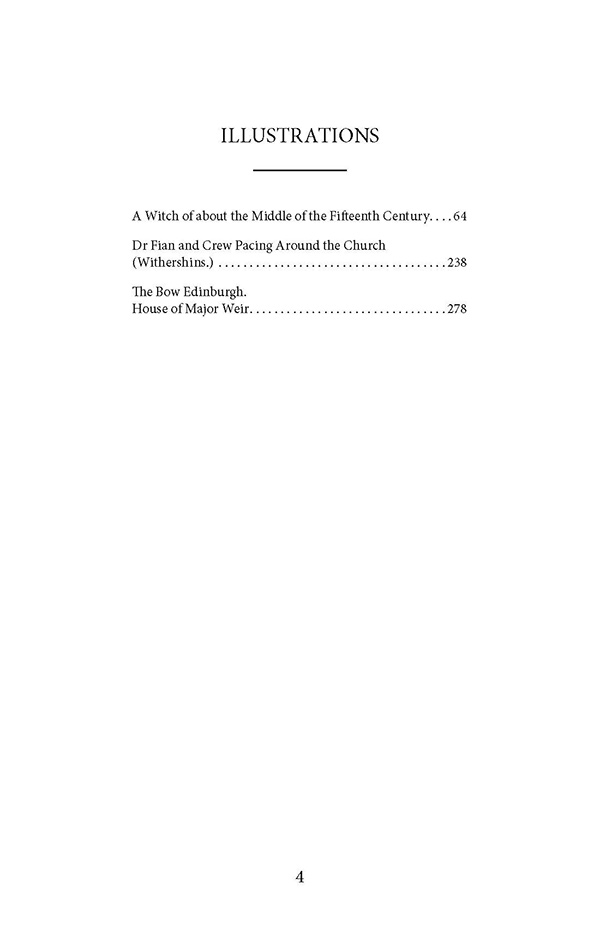 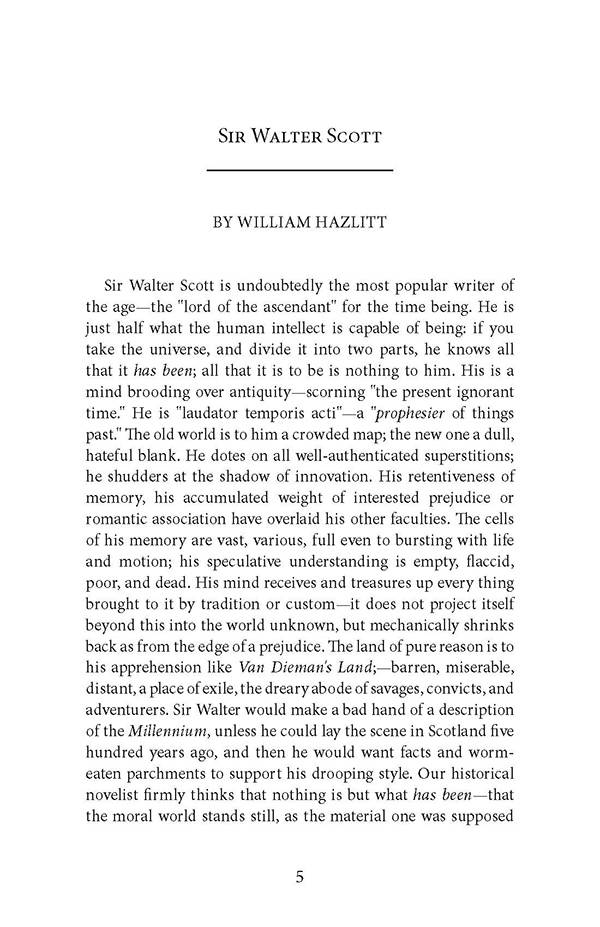 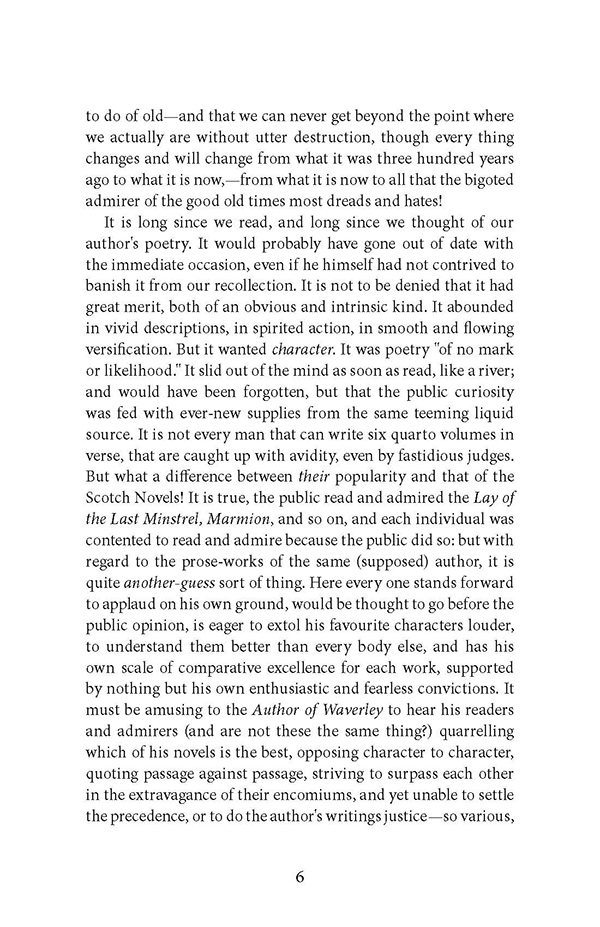 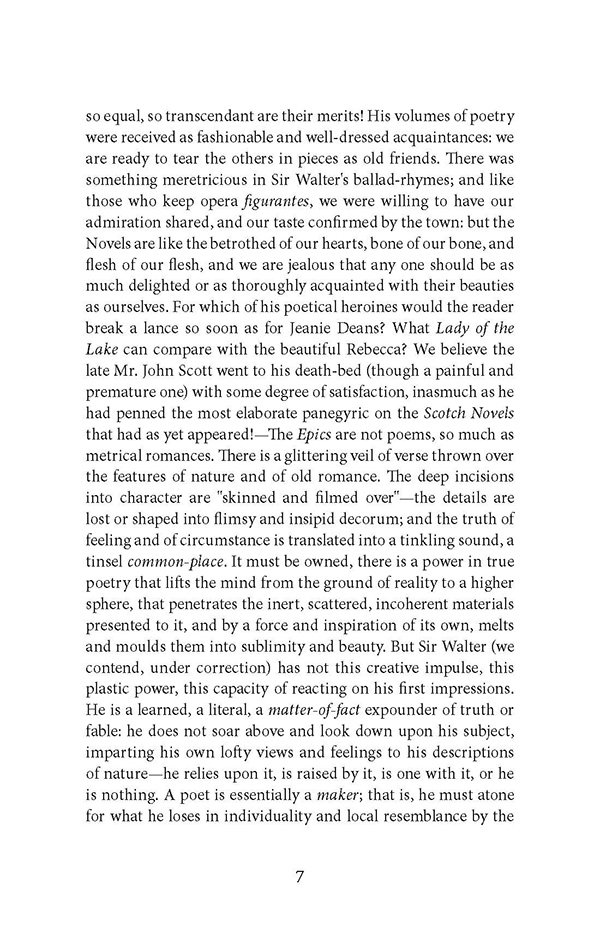 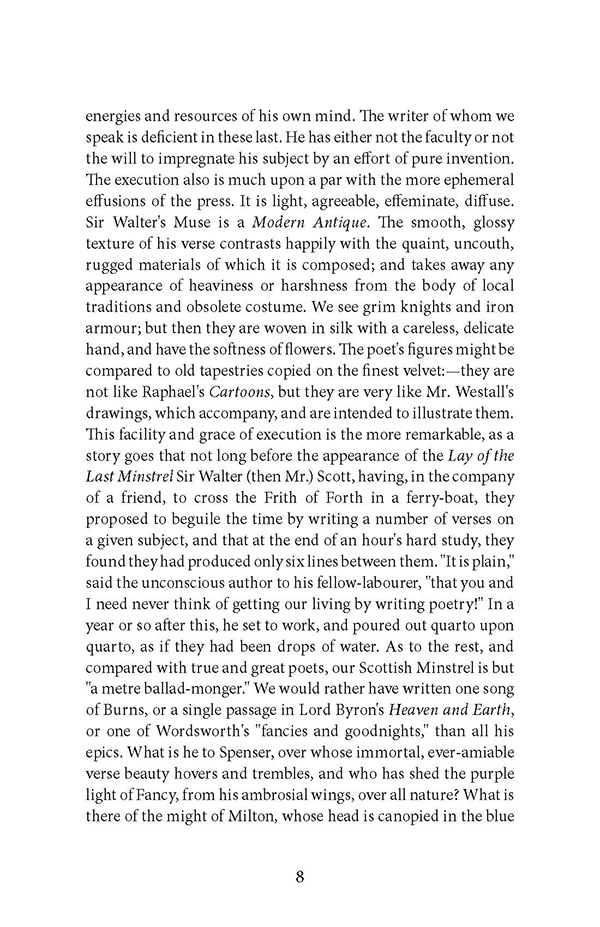 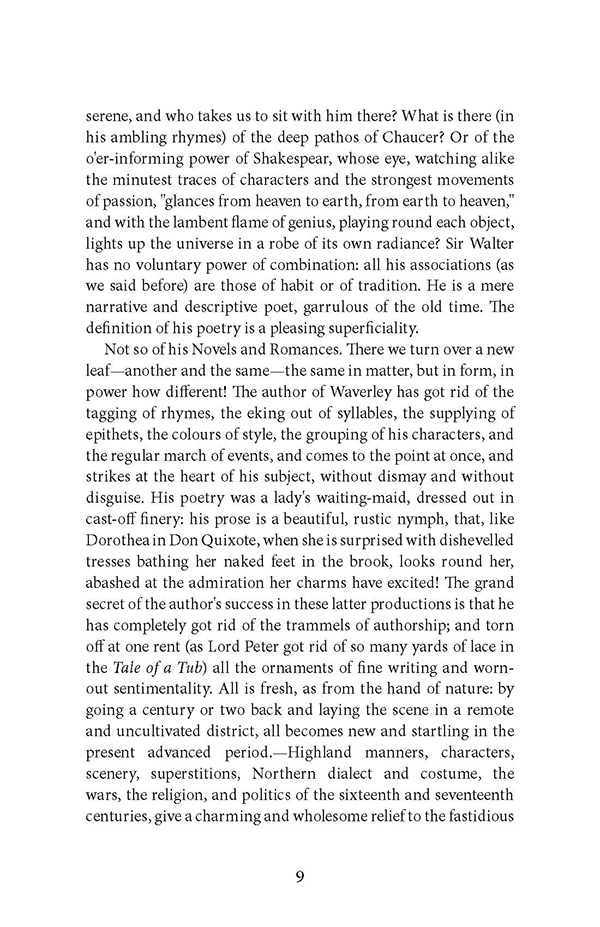 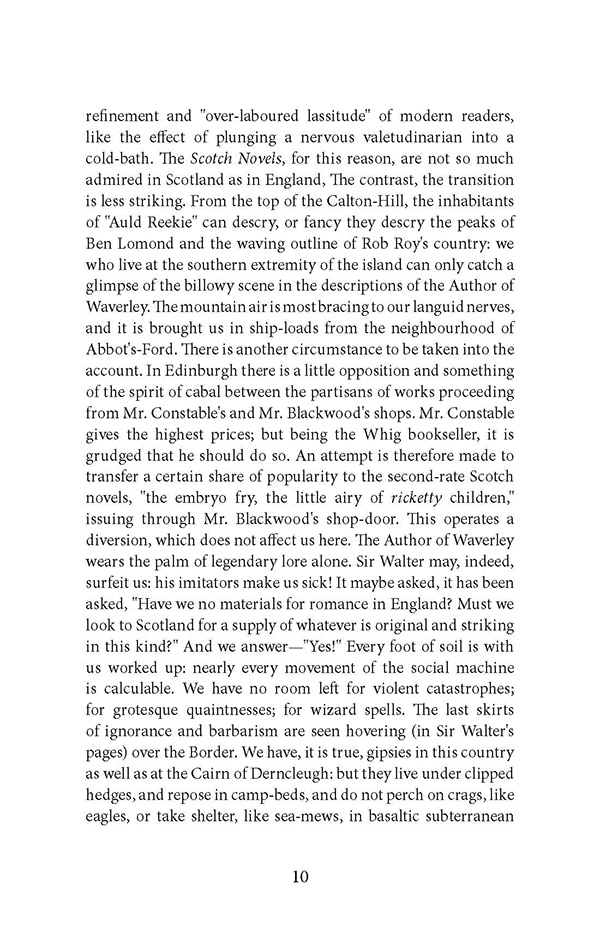 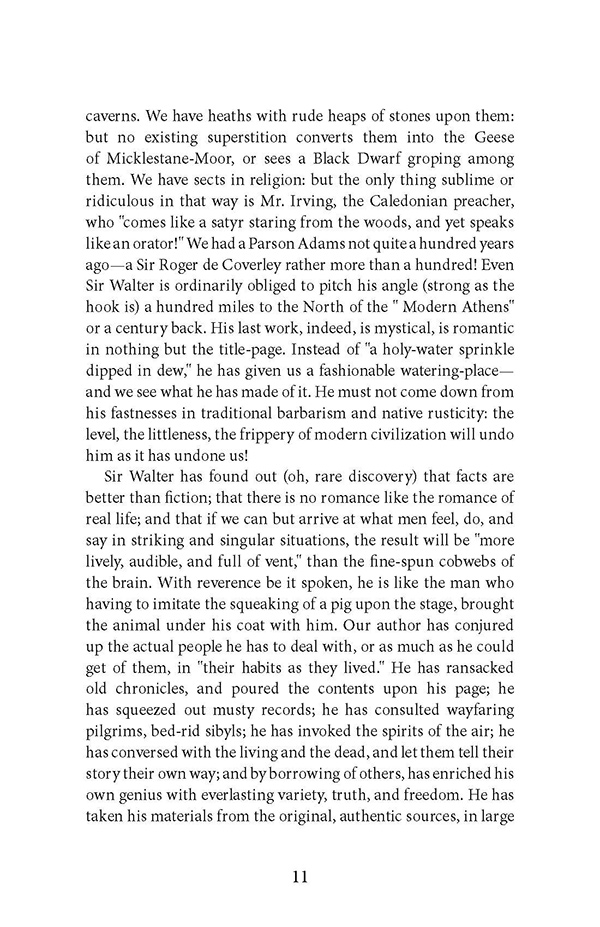 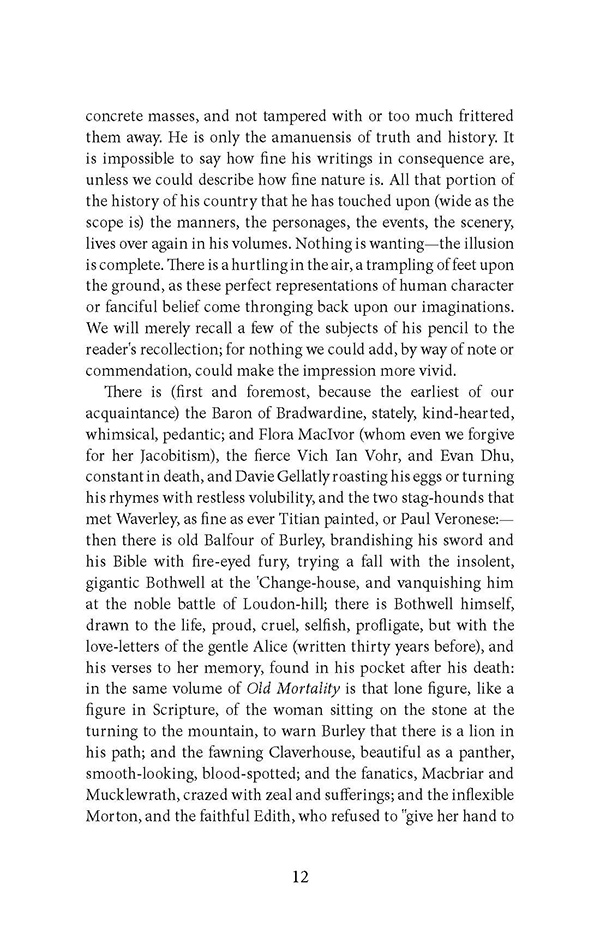 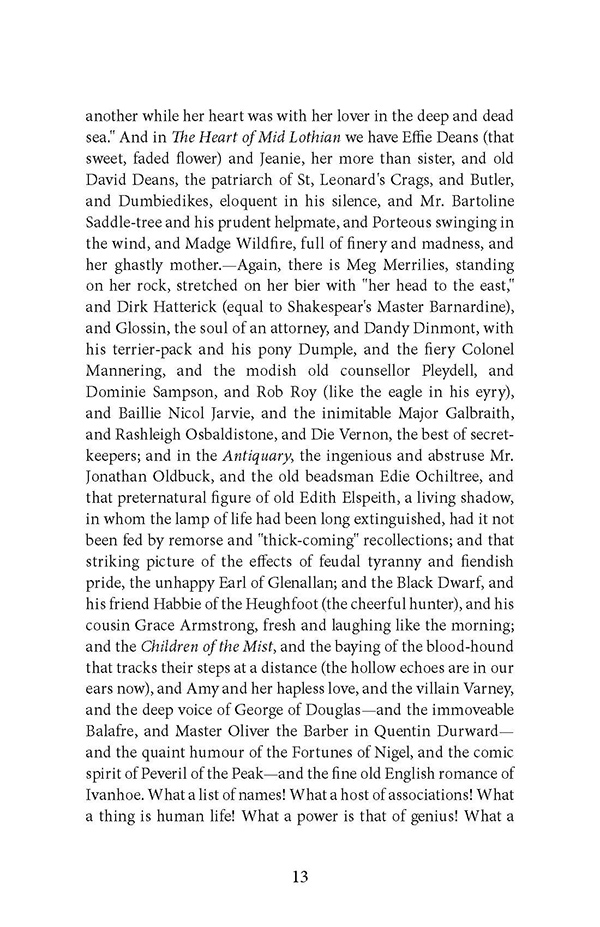 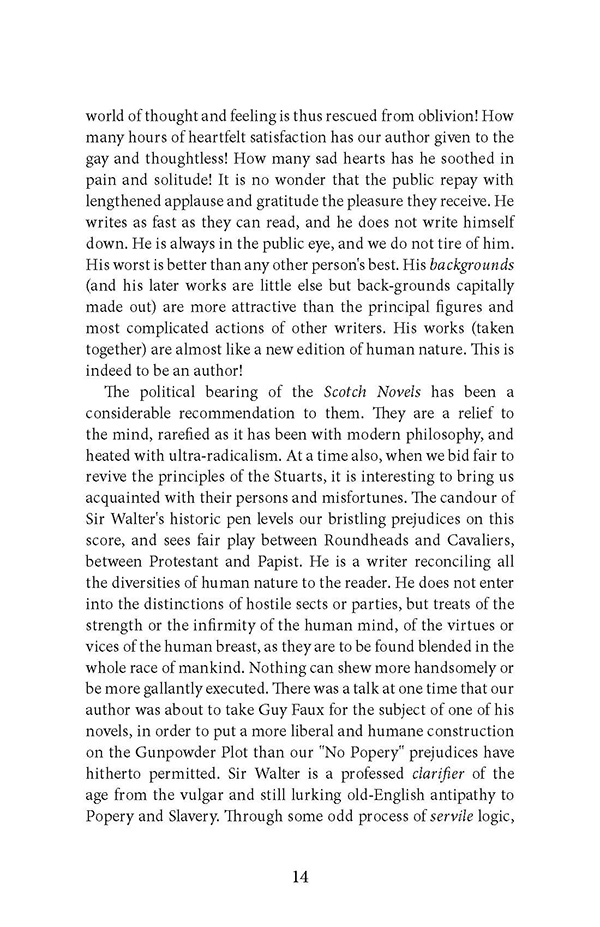 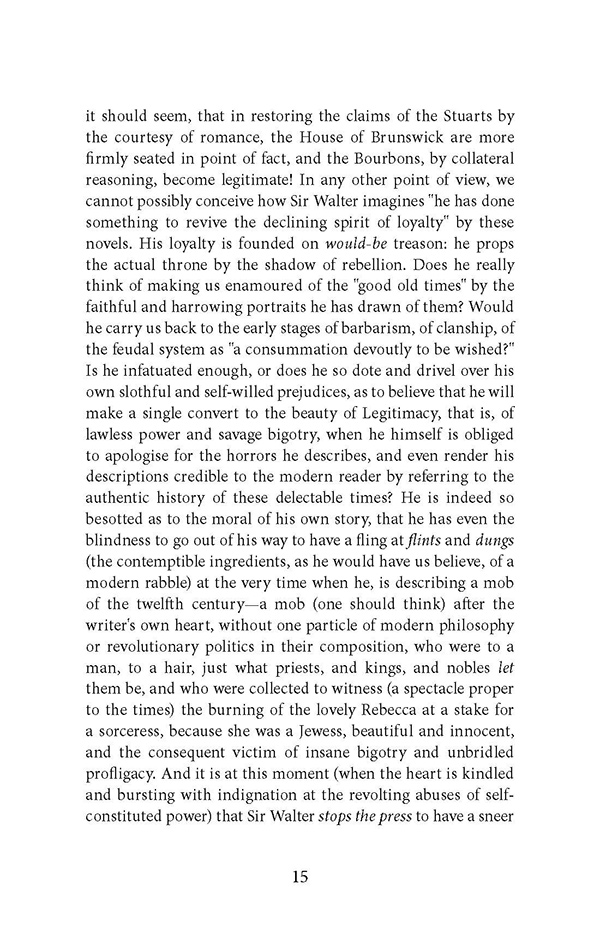 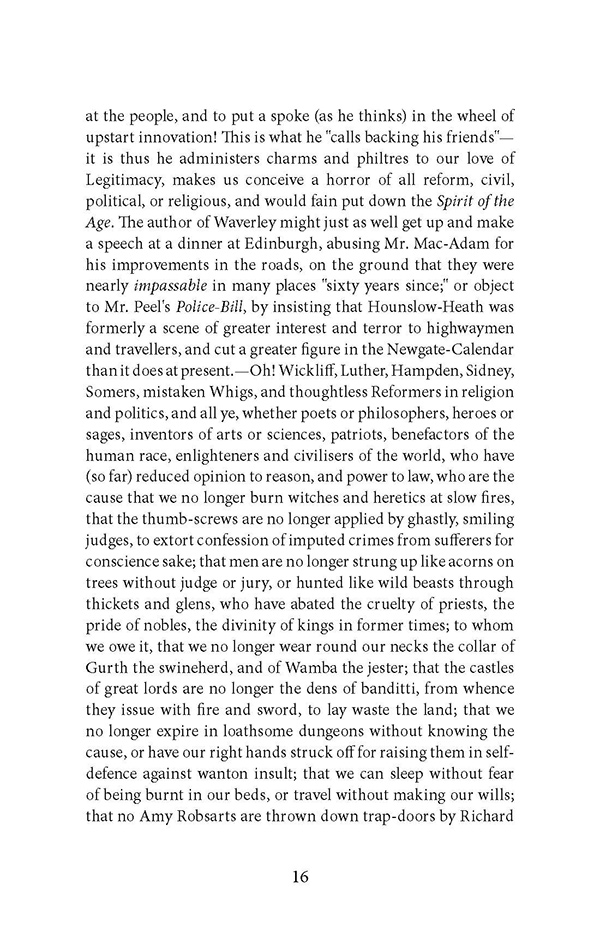 A series of letters written by Sir Walter Scott and addressed to J. G. Lockhart. The letters pertain to demonology and witchcraft, with Scott outlining and explaining his extensive knowledge of the subject.

This book contains a series of letters written by Sir Walter Scott and addressed to J. G. Lockhart. The letters pertain to demonology and witchcraft, with Scott outlining and explaining his extensive knowledge of the subject. This volume is highly recommended for those with an interest in the occult, and it is not to be missed by collectors of Scott’s seminal work. Contents include: “Origin of the General Opinions respecting Demonology among Mankind”, “The Belief in the Immortality of the soul is the main Inducement to credit its occasional re-appearance”, “The Philosophical Objections to the Apparition of an Abstract Spirit little Understood by the Vulgar and Ignorant”, etc. Sir Walter Scott (1771 – 1832) was a Scottish playwright, historical novelist, and poet. Other notable works by this author include: Ivanhoe (1819), Rob Roy (1817), and Old Mortality (1916). Many vintage books such as this are becoming increasingly scarce and expensive. We are republishing this volume now in an affordable, modern, high-quality edition complete with the original text and artwork.

Sir Walter Scott was born in Edinburgh, Scotland in 1771. Despite the fact that an early illness left him with a lame right leg, he spent much of his youth exploring the Border country and immersing himself in old Scottish ballads and legends. Scott attended Edinburgh High School before studying arts and law at Edinburgh University. He was called to the bar in 1792 and appointed sheriff depute of the county of Selkirk seven years later.

An avid reader and collector of tales, Scott began writing professionally at the age of 25. In 1802-1803 he published his first major work, an idiosyncratic three-volume set of collected ballads entitled The Minstrelsy of the Scottish Border. Two years later he rose to fame as a poet with the publication of The Lay of the Last Minstrel (1805), a huge success which made Scott the most popular author of his day. This was followed by further romantic poems, such as Marmion (1808) and The Lady in the Lake (1810), before Scott turned to writing novels. It was during the 1810s that he produced some of his most enduring works, including the hugely popular historical novels Waverly (1810), Guy Mannering (1815), and Ivanhoe (1819).Scott’s productivity didn’t wane in the following decade, during which he produced eleven more novels and was made a baronet. His acclaimed biography Life of Napoleon was published in nine volumes in 1827.

In 1826, a banking crisis swept Britain, and Scott’s printing business crashed. He spent the rest of his life writing his way out of debt, and took a grand tour of Europe, being welcomed and celebrated wherever he went. He died in 1832, aged 61. He was the first English-language author to have an international career, being popular across Europe and North America, and is regarded as a key figure in the development of Scottish and world literature.

Be the first to review “Demonology and Witchcraft” Cancel reply

Knowledge of the Higher Worlds and Its Attainment

The Demonism of the Ages, Spirit Obsessions, Oriental and Occidental Occultism