Log In
This book can be found in:
Fiction | Action & Adventure Fiction
Fiction | Classics 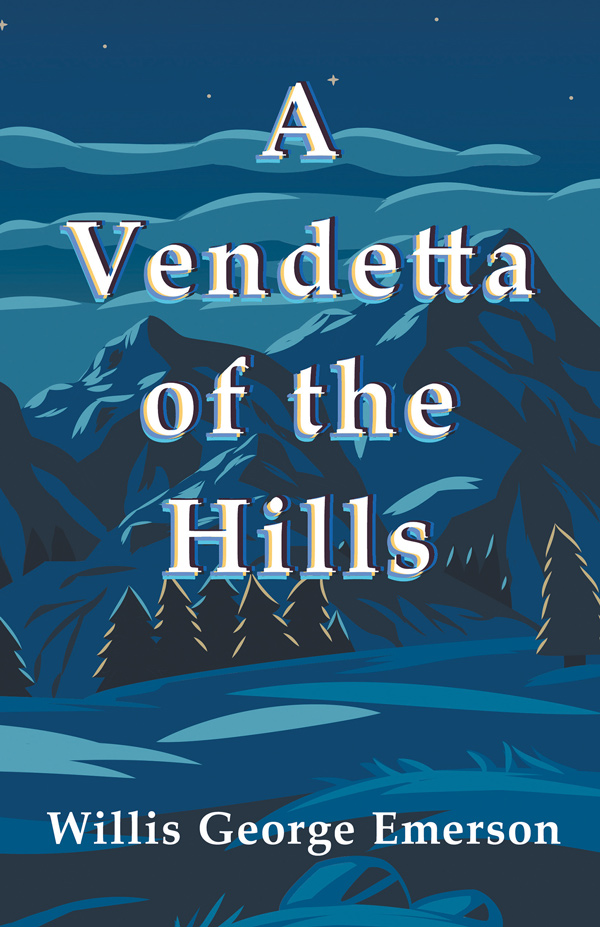 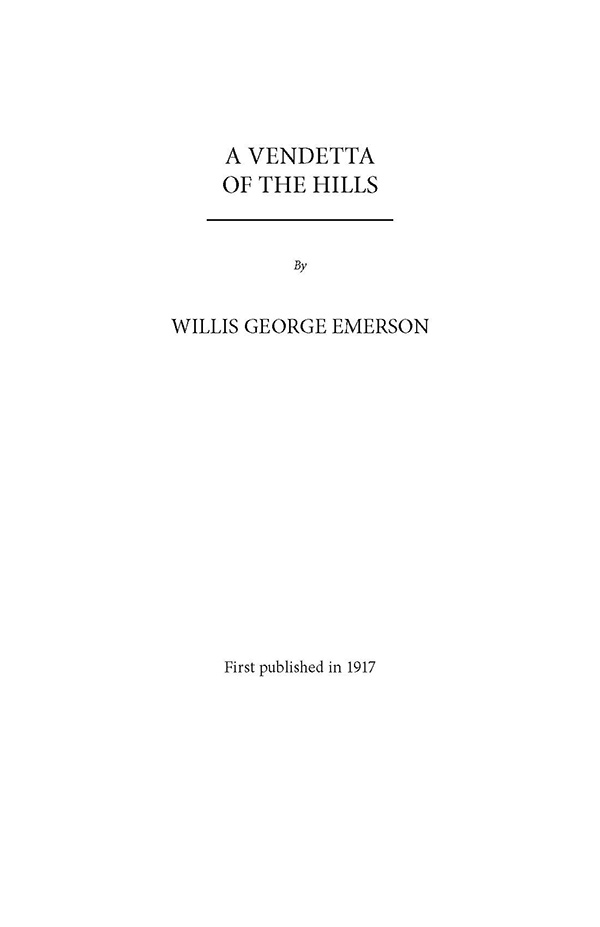 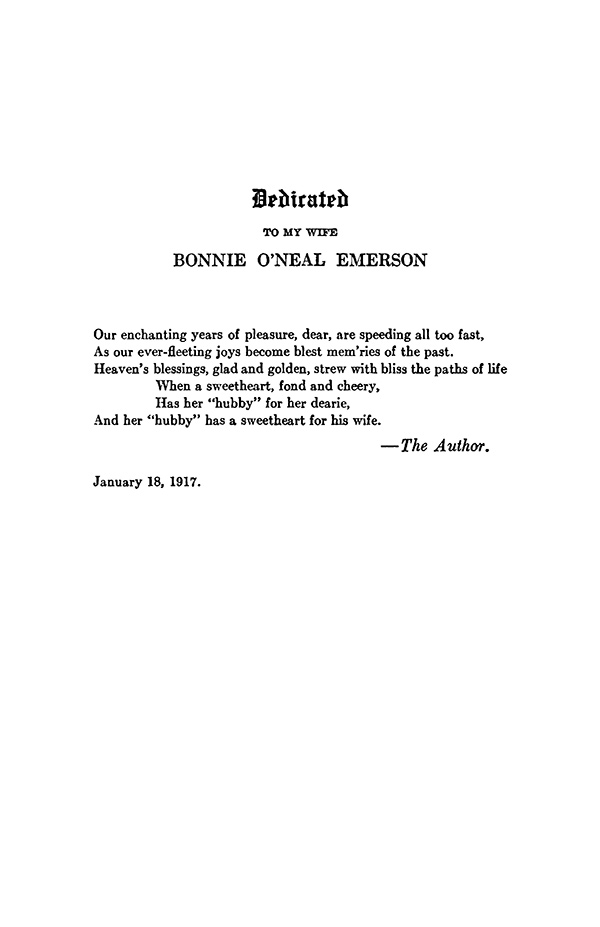 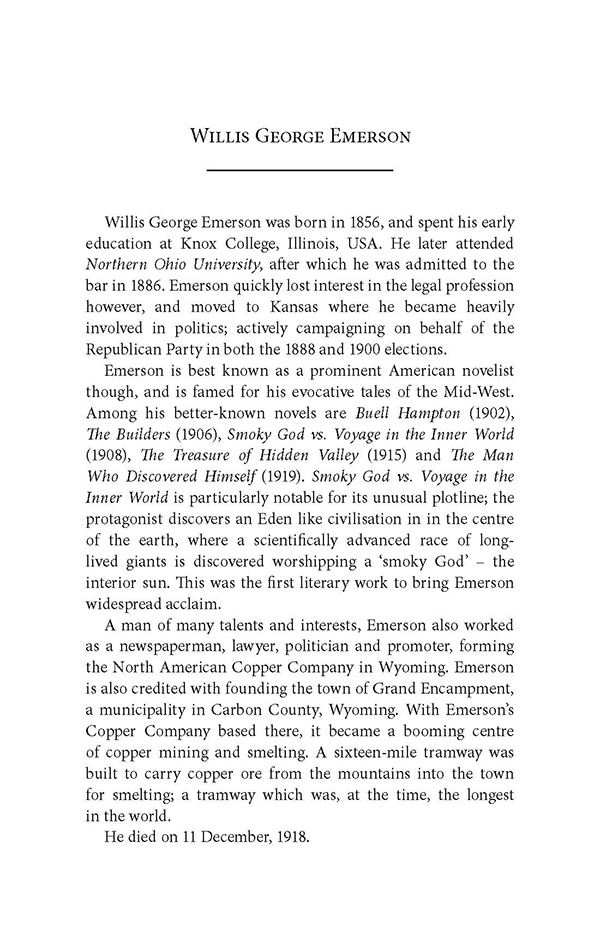 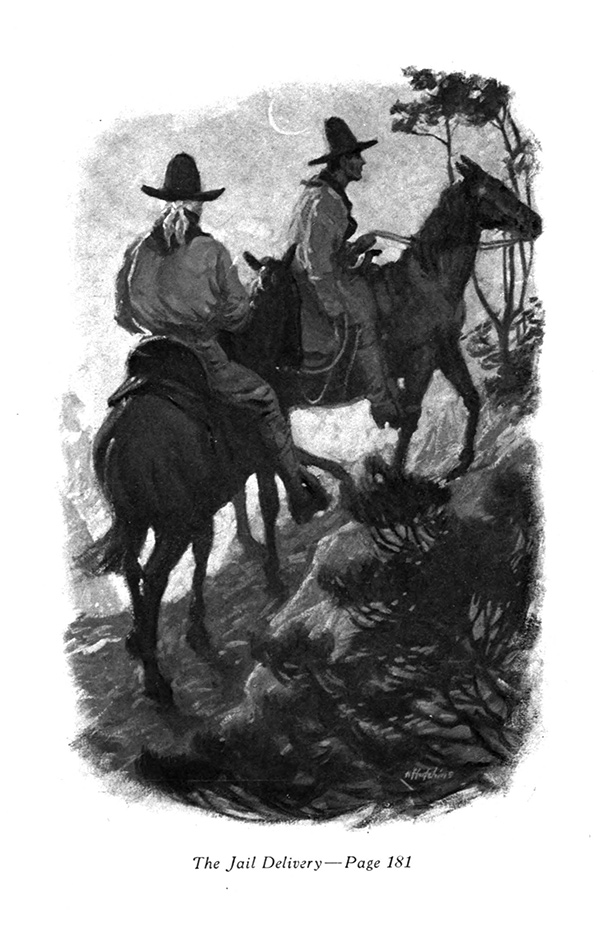 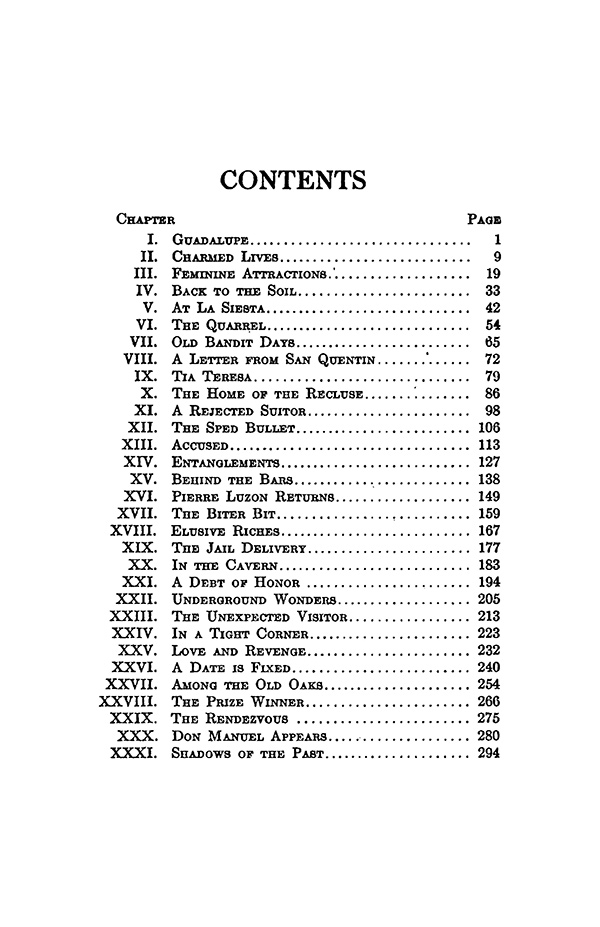 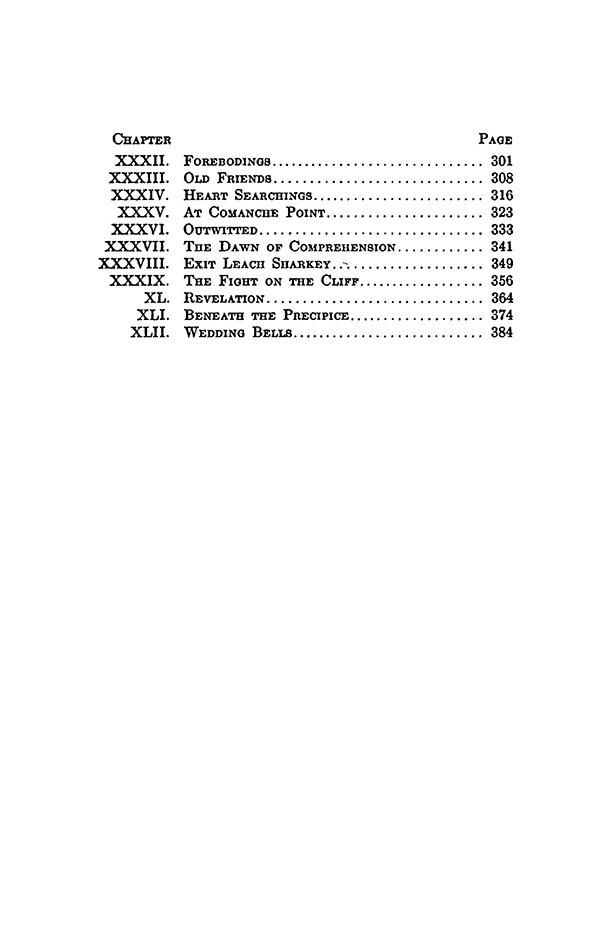 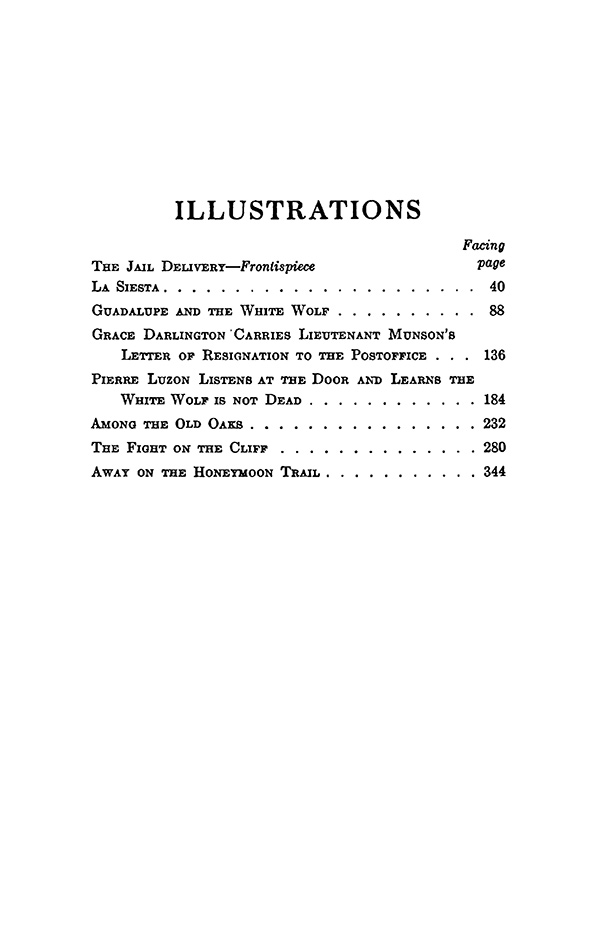 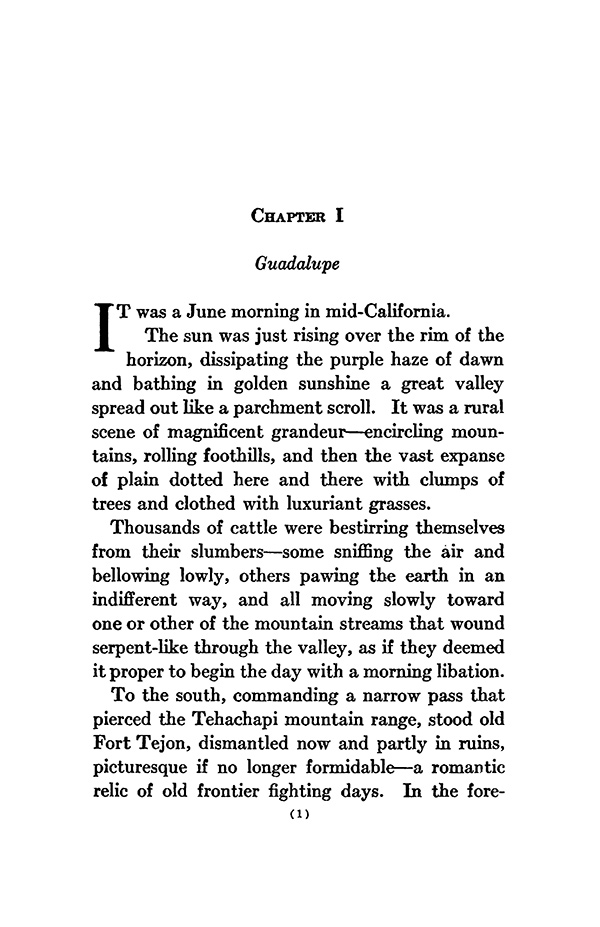 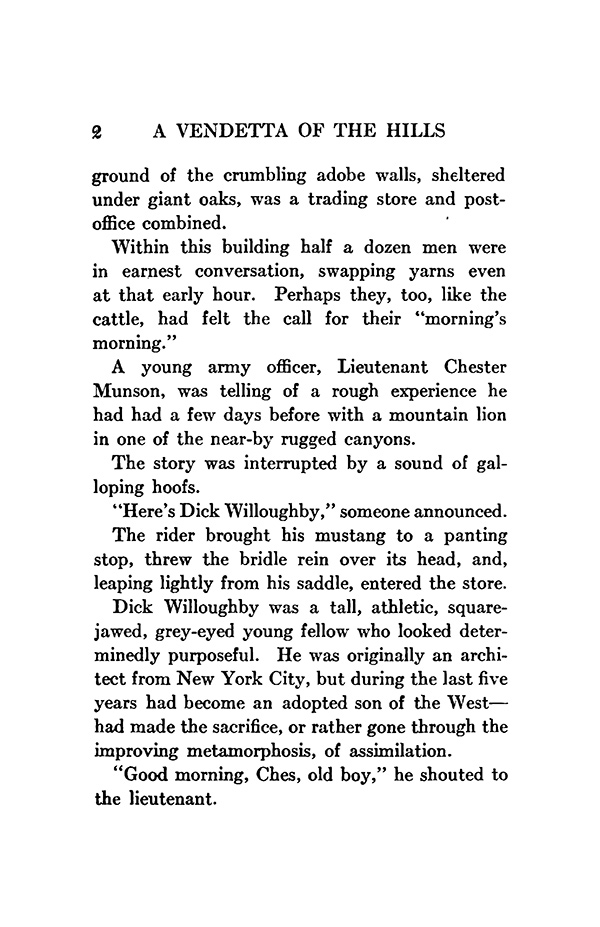 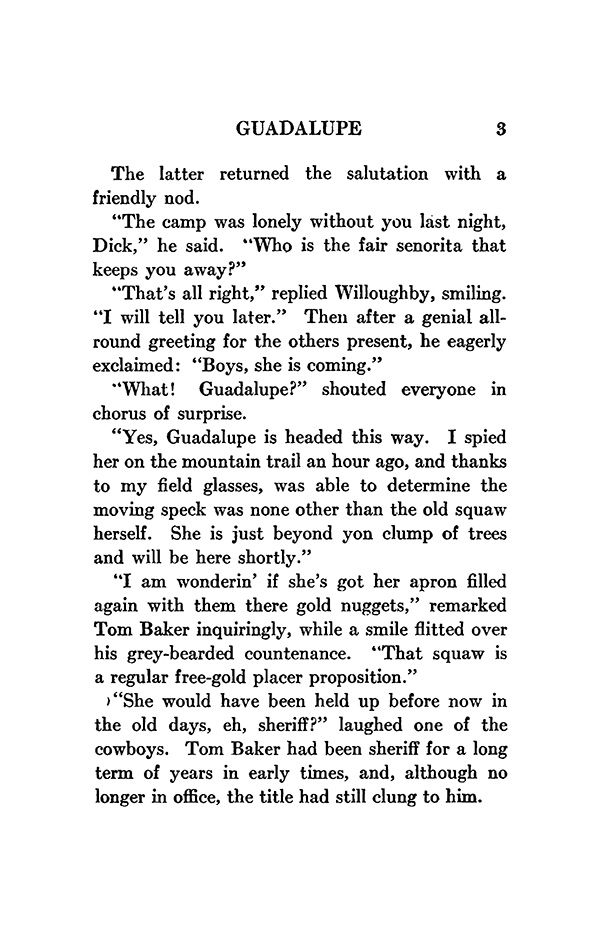 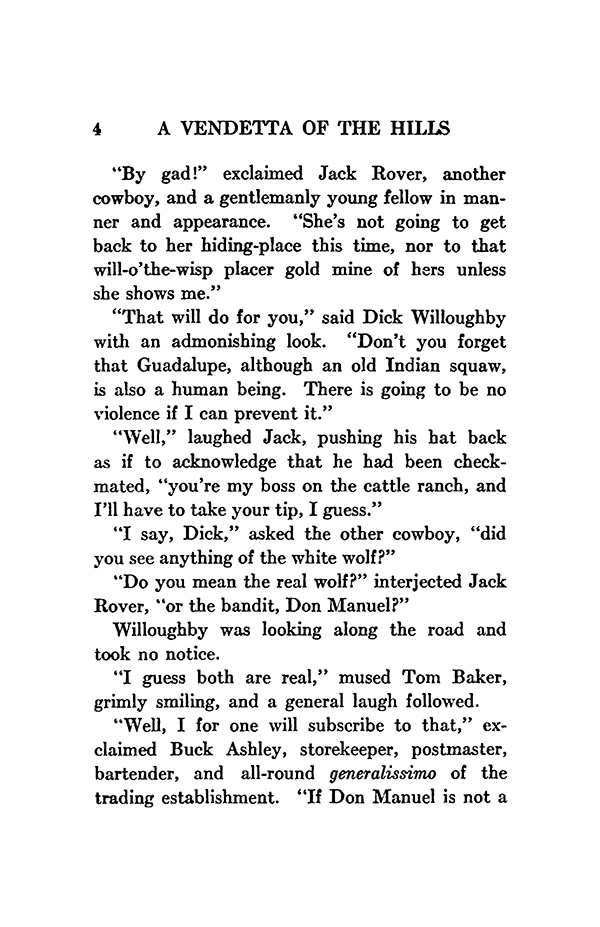 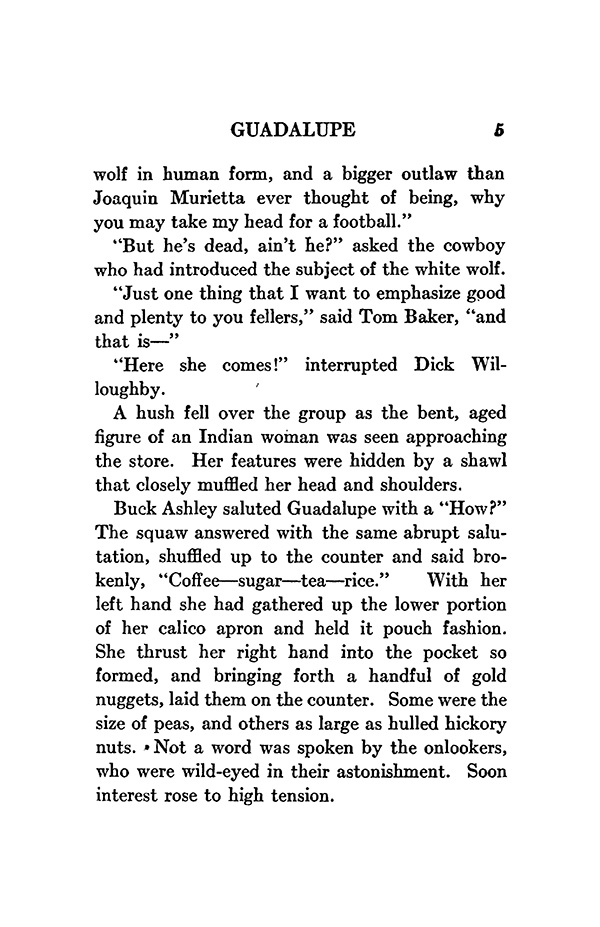 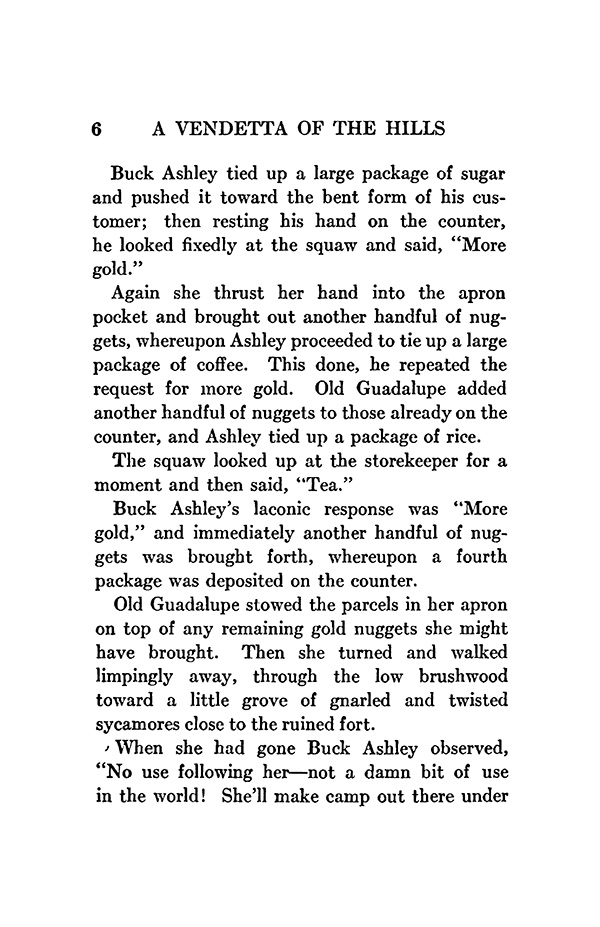 A 1917 novel by American writer Willis G. Emerson. Willis George Emerson was an American lawyer, novelist, politician, and founder of the North American Copper Company and the town of Encampment in Wyoming.

“A Vendetta of the Hills” is a 1917 novel by American writer Willis G. Emerson. Willis George Emerson (1856 – 1918) was an American lawyer, novelist, politician, and founder of the North American Copper Company and the town of Encampment in Wyoming. His most famous novel is “The Smoky God, or A Voyage Journey to the Inner Earth”, presented as a real account penned by the author in 1908 concerning the escapades of a Norwegian sailor named Olaf Jansen who sailed through a hole to the Earth’s interior at the North Pole. Other notable works by this author include: “Winning Winds” (1885), “Grey Rocks: A tale of the Middle West” (1894), and “Was It a Crime? ‘Coin at School’ dissected” (1900). Many vintage books such as this are increasingly scarce and expensive. It is with this in mind that we are republishing this volume now in an affordable, modern, high-quality edition complete with the original text and artwork.

Willis George Emerson was born in 1856, and spent his early education at Knox College, Illinois, USA. He later attended Northern Ohio University, after which he was admitted to the bar in 1886. Emerson quickly lost interest in the legal profession however, and moved to Kansas where he became heavily involved in politics; actively campaigning on behalf of the Republican Party in both the 1888 and 1900 elections.

Emerson is best known as a prominent American novelist, and is famed for his evocative tales of the Mid-West. Among his better-known novels are Buell Hampton (1902), The Builders (1906), Smoky God vs. Voyage in the Inner World (1908), The Treasure of Hidden Valley (1915) and The Man Who Discovered Himself (1919). Smoky God vs. Voyage in the Inner World is particularly notable for its unusual plotline; the protagonist discovers an Eden like civilisation in in the centre of the earth, where a scientifically advanced race of long-lived giants is discovered worshipping a ‘smoky God’ – the interior sun. This was the first literary work to bring Emerson widespread acclaim.

A man of many talents and interests, Emerson also worked as a newspaperman, lawyer, politician and promoter, forming the North American Copper Company in Wyoming. Emerson is also credited with founding the town of Grand Encampment, a municipality in Carbon County, Wyoming. With Emerson’s Copper Company based there, it became a booming centre of copper mining and smelting.  A sixteen-mile tramway was built to carry copper ore from the mountains into the town for smelting; a tramway which was, at the time, the longest in the world.

The Age of Innocence

The Mysterious Key and What It Opened