Log In
This book can be found in:
Fiction | Classic Fiction
Poetry & Drama | Poetry
Fiction | Romance 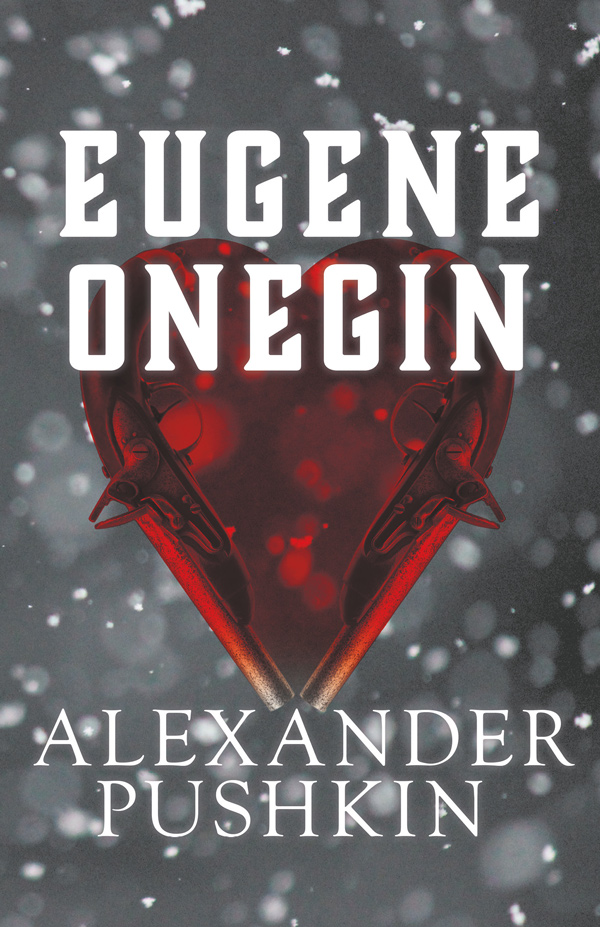 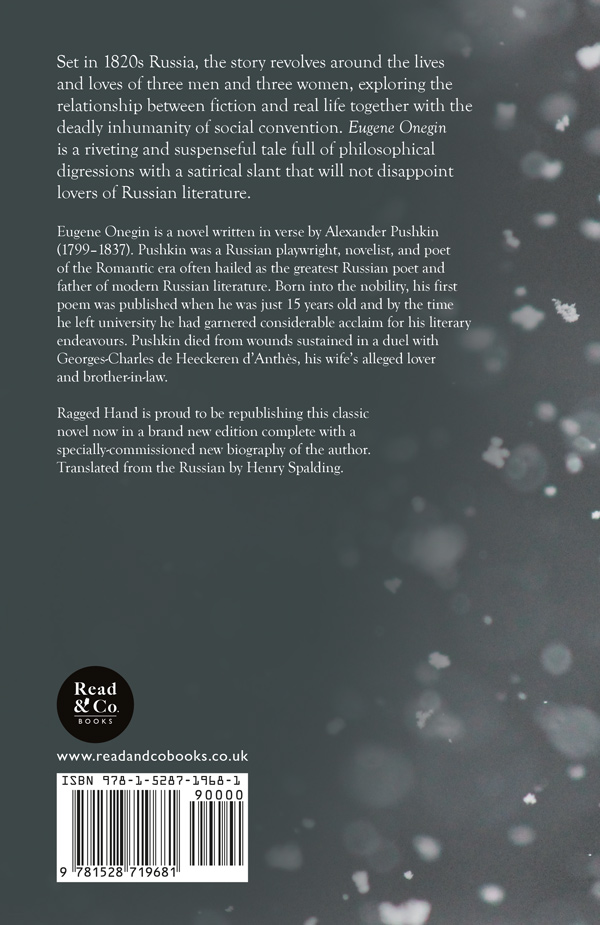 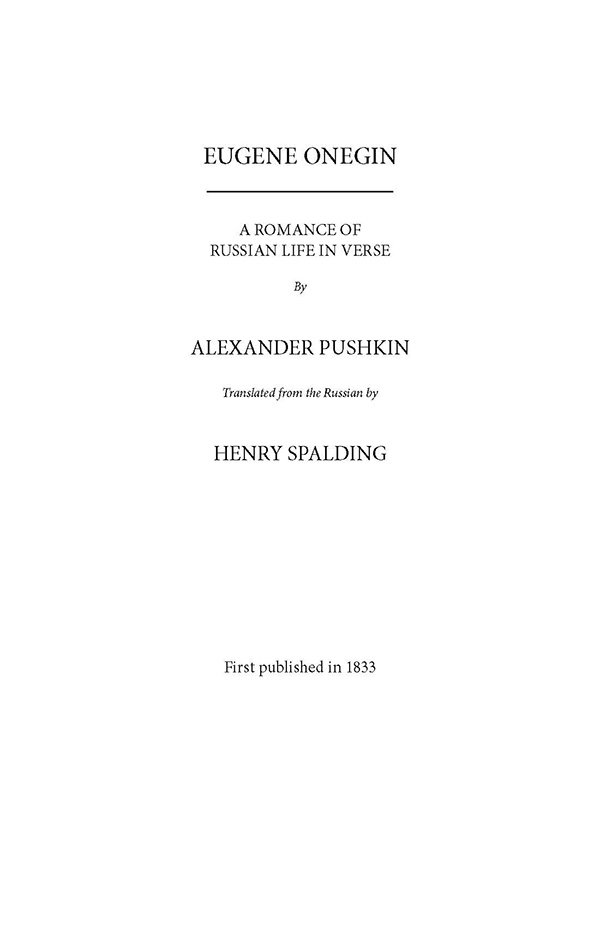 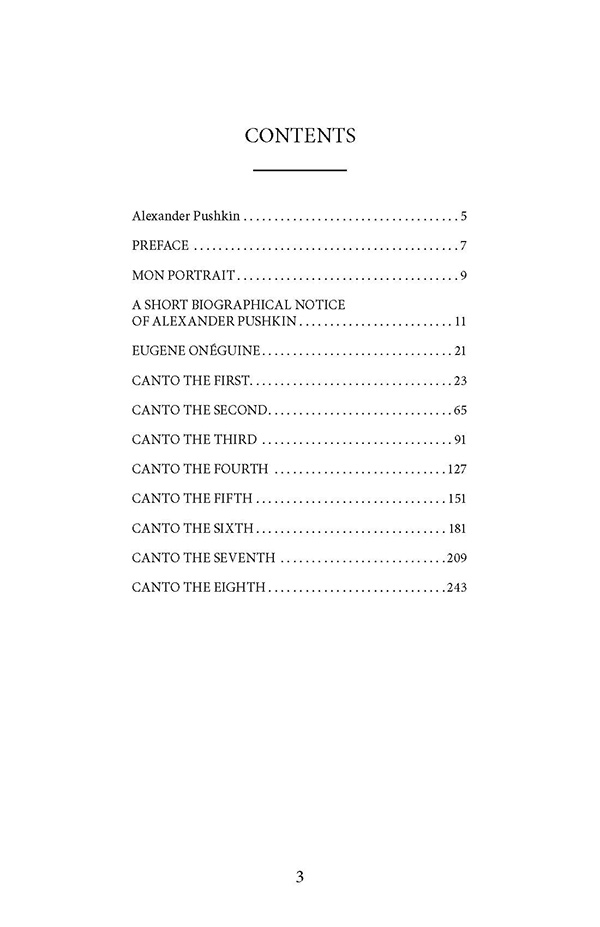 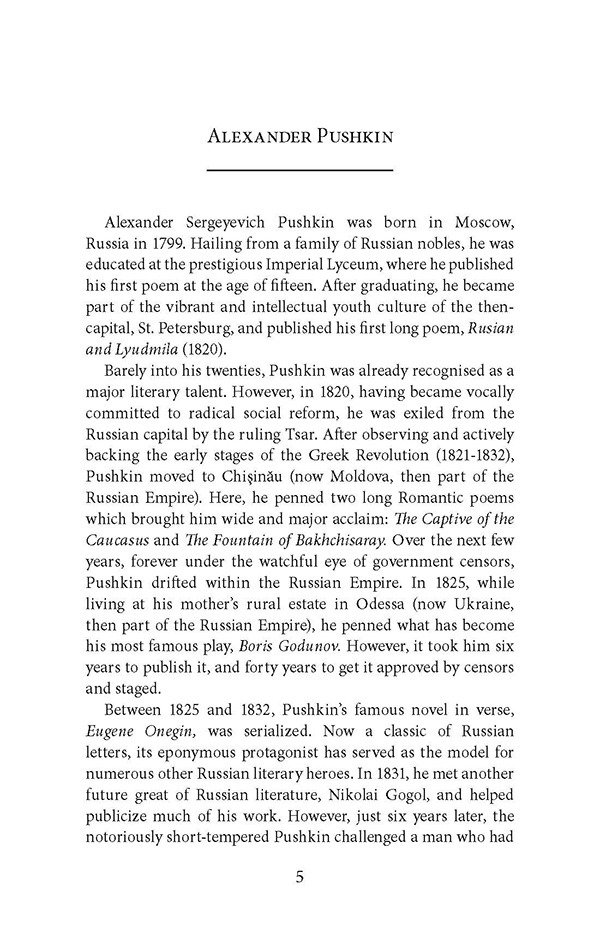 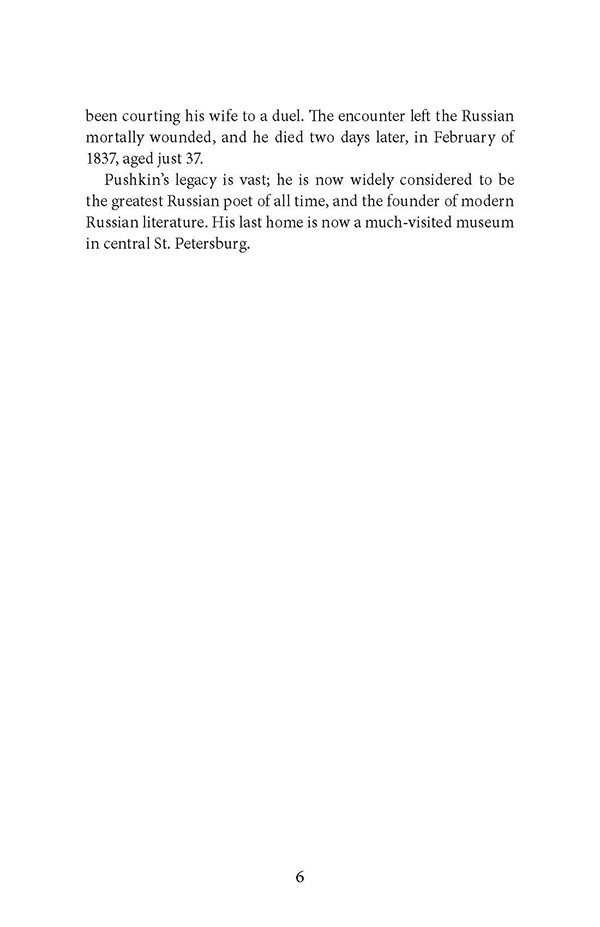 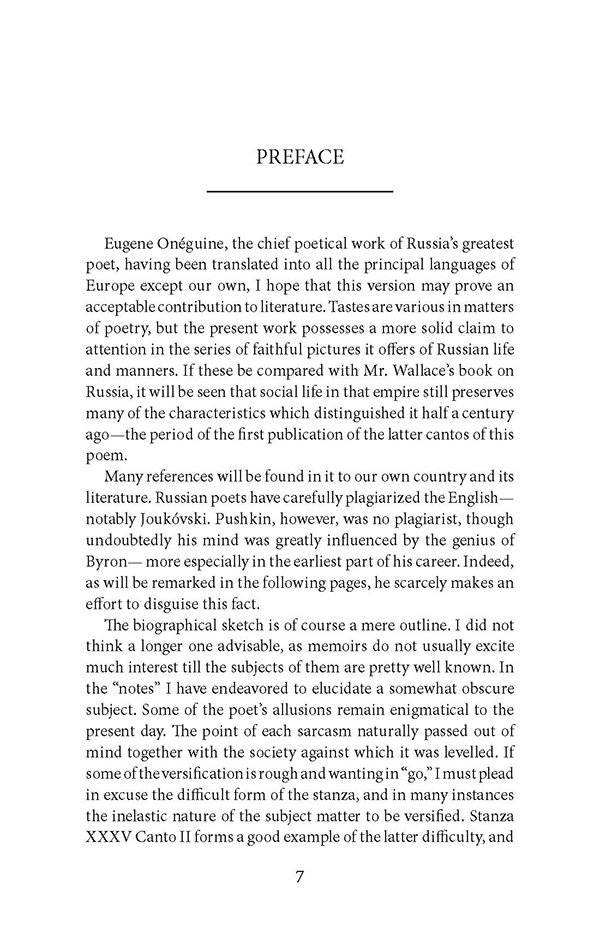 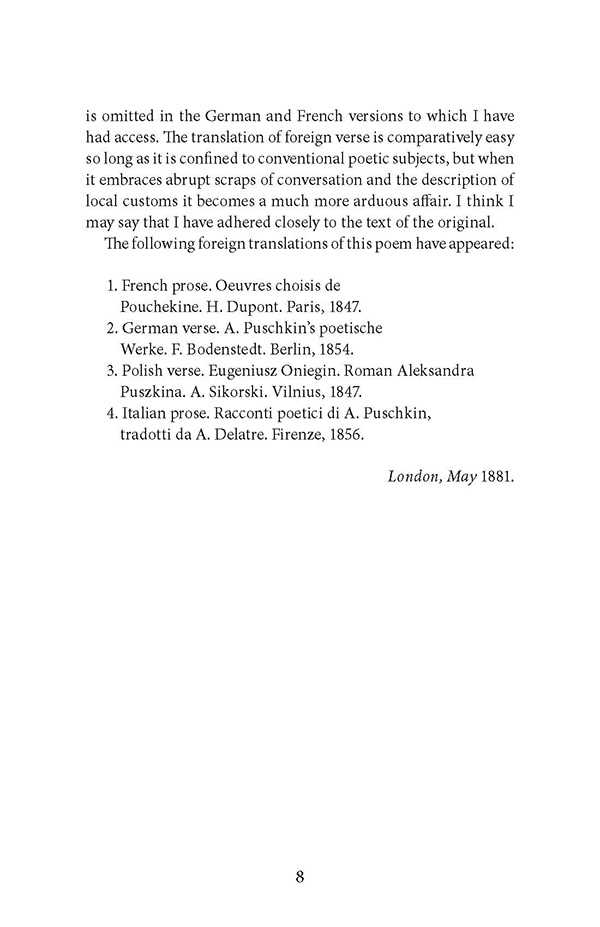 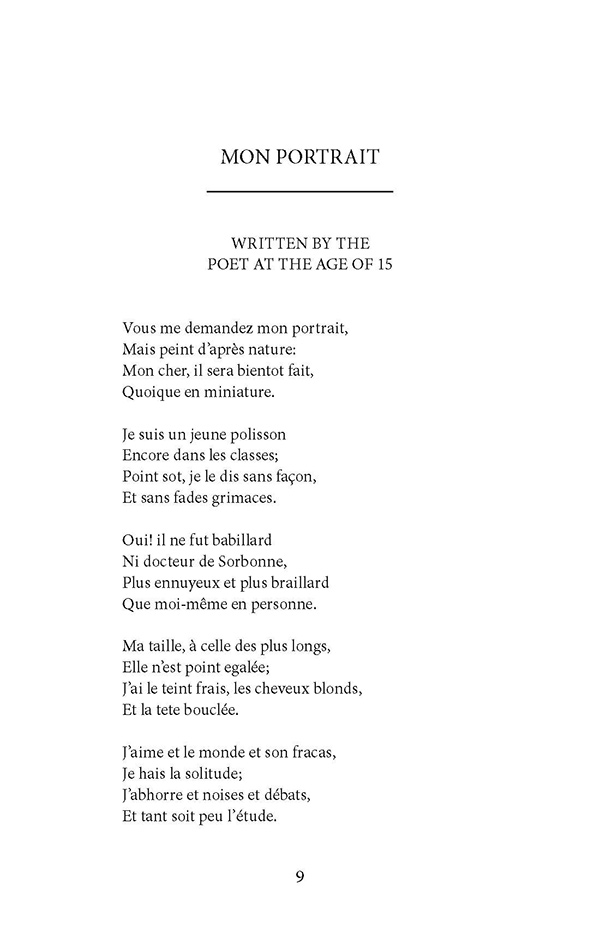 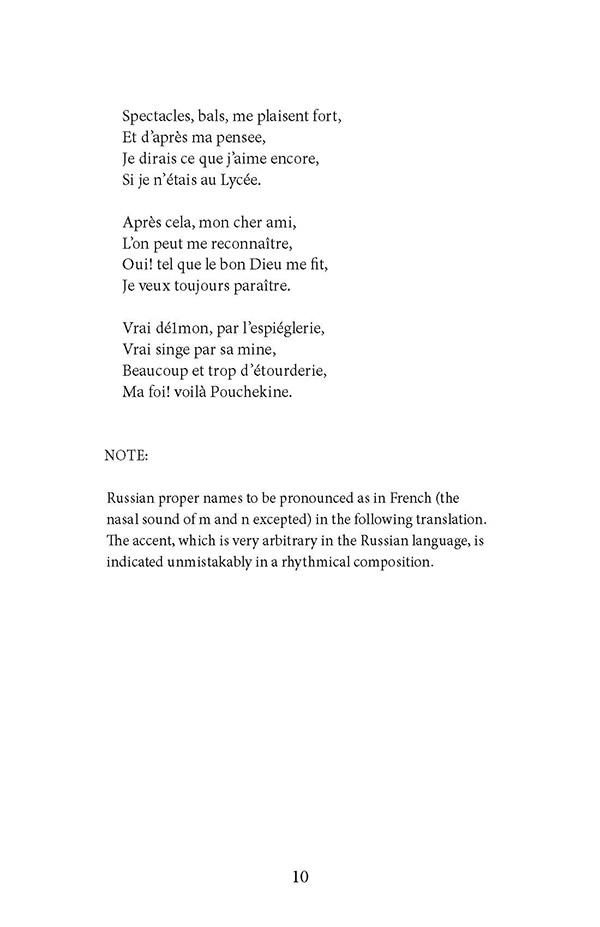 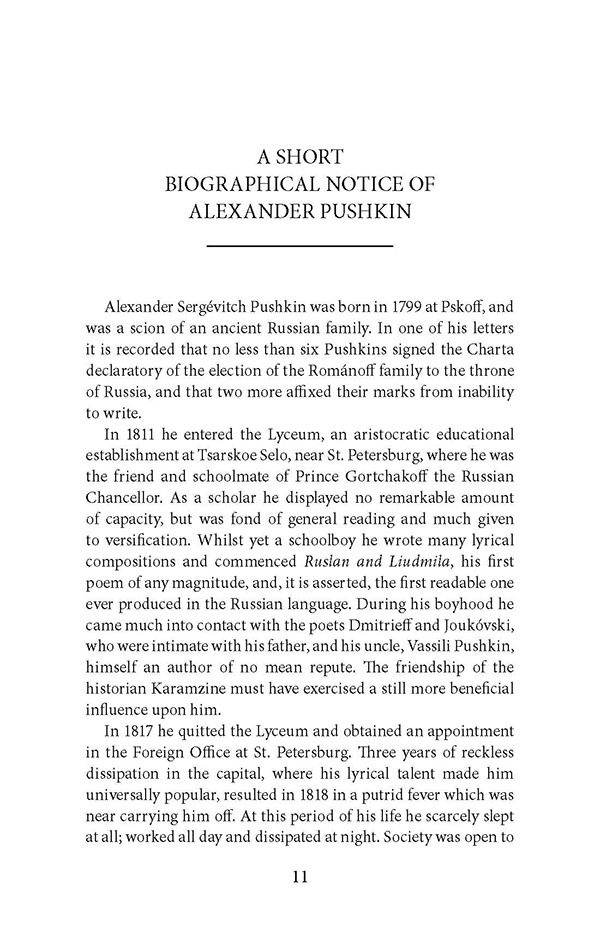 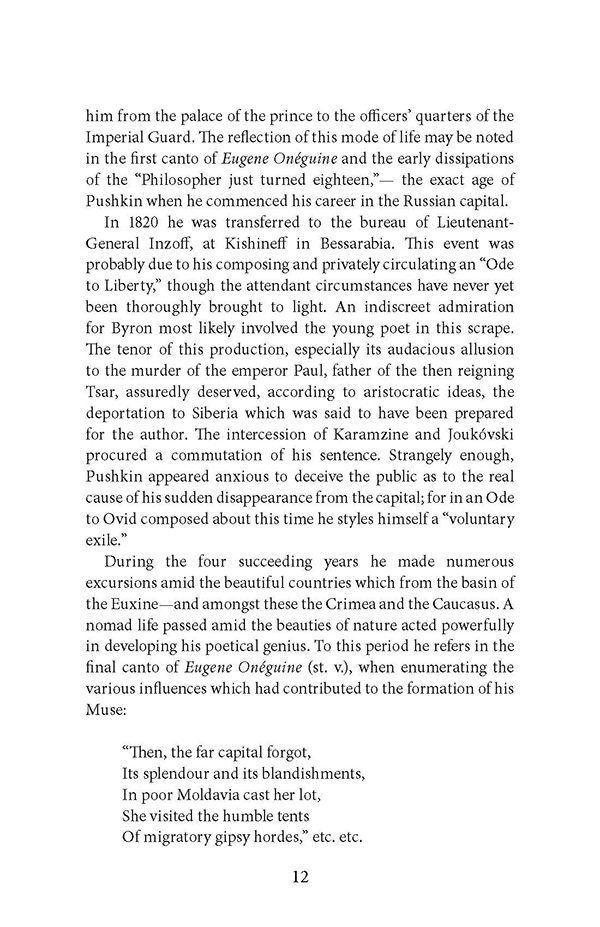 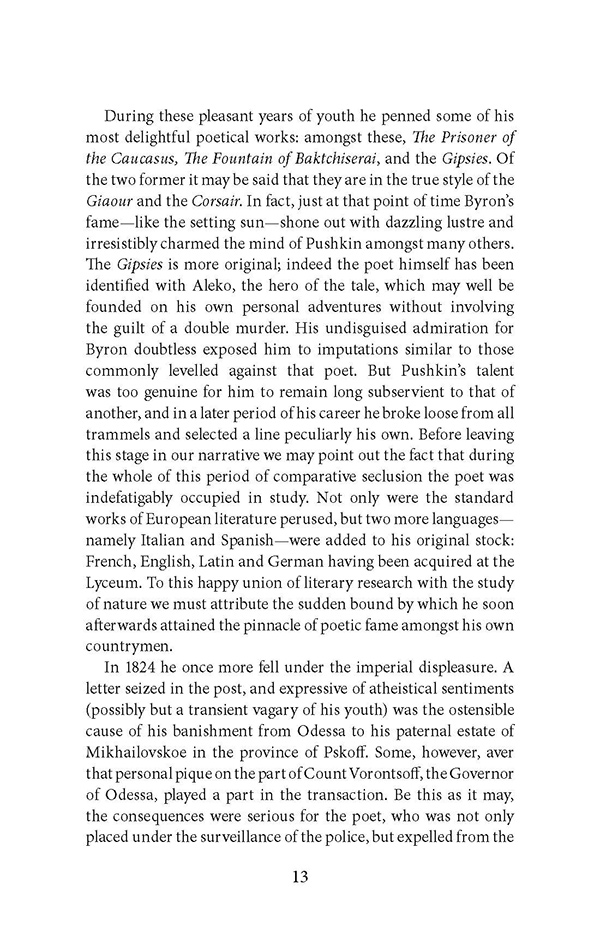 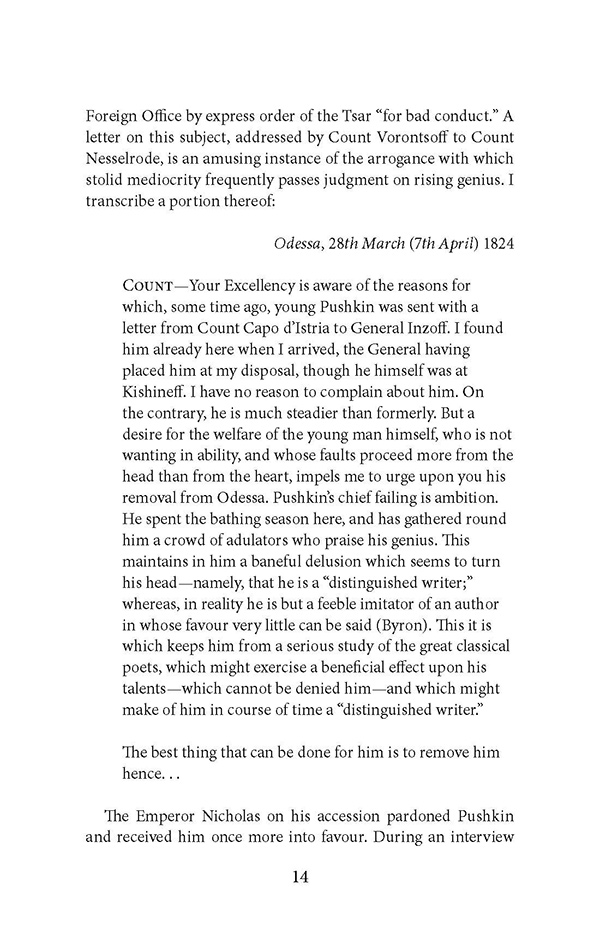 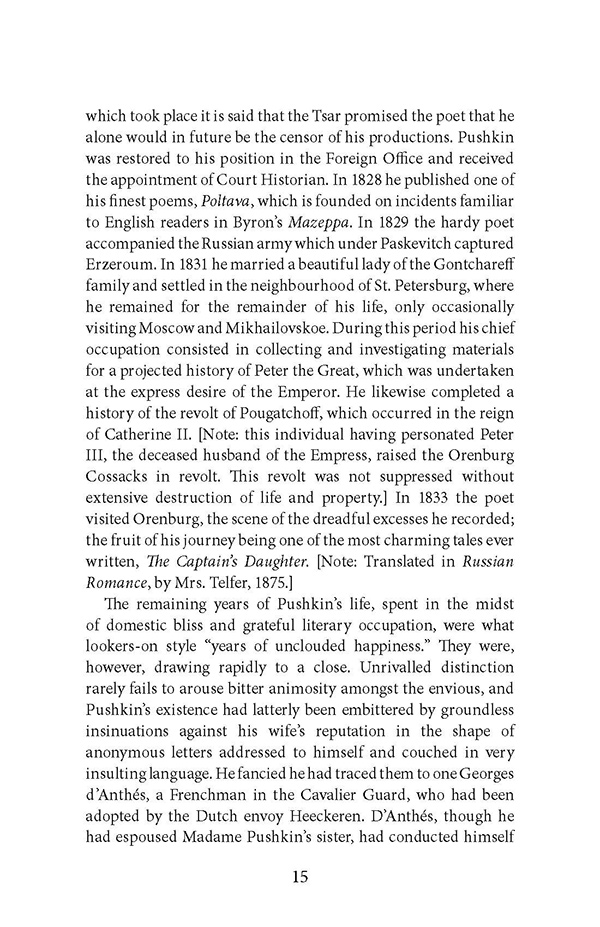 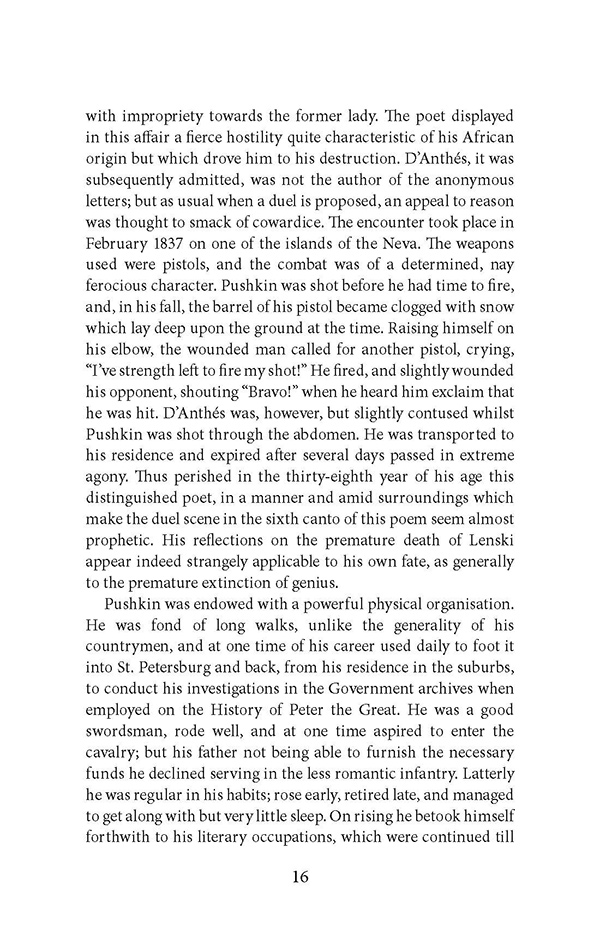 A Romance of Russian Life in Verse

Set in 1820s Russia, the story revolves around the lives and loves of three men and three women, exploring the relationship between fiction and real life together with the deadly inhumanity of social convention.

“Eugene Onegin” is a novel written in verse by Alexander Pushkin (1799–1837). Pushkin was a Russian playwright, novelist, and poet of the Romantic era often hailed as the greatest Russian poet and father of modern Russian literature. Born into the nobility, his first poem was published when he was just 15 years old and by the time he left university he had garnered considerable acclaim for his literary endeavours. Pushkin died from wounds sustained in a duel with Georges-Charles de Heeckeren d’Anthès, his wife’s alleged lover and brother-in-law. A timeless classic of Russian literature, “Eugene Onegin” is made up of 389 fourteen-line stanzas of iambic tetrameter with an unusual rhyme scheme, which is now known as “Onegin stanza” or the “Pushkin sonnet”. Set in 1820s Russia, the story revolves around the lives and loves of three men and three women, exploring the relationship between fiction and real life together with the deadly inhumanity of social convention. “Eugene Onegin” is a riveting and suspenseful tale full of philosophical digressions with a satirical slant that will not disappoint lovers of Russian literature. Ragged Hand is proud to be republishing this classic novel now in a brand new edition complete with a specially-commissioned new biography of the author. Translated from the Russian by Henry Spalding.

Alexander Sergeyevich Pushkin was born in Moscow, Russia in 1799. Hailing from a family of Russian nobles, he was educated at the prestigious Imperial Lyceum, where he published his first poem at the age of fifteen. After graduating, he became part of the vibrant and intellectual youth culture of the then-capital, St. Petersburg, and published his first long poem, Rusian and Lyudmila (1820).

Barely into his twenties, Pushkin was already recognised as a major literary talent. However, in 1820, having became vocally committed to radical social reform, he was exiled from the Russian capital by the ruling Tsar. After observing and actively backing the early stages of the Greek Revolution (1821-1832), Pushkin moved to Chişinău (now Moldova, then part of the Russian Empire). Here, he penned two long Romantic poems which brought him wide and major acclaim: The Captive of the Caucasus and The Fountain of Bakhchisaray. Over the next few years, forever under the watchful eye of government censors, Pushkin drifted within the Russian Empire. In 1825, while living at his mother’s rural estate in Odessa (now Ukraine, then part of the Russian Empire), he penned what has become his most famous play, Boris Godunov. However, it took him six years to publish it, and forty years to get it approved by censors and staged.

Between 1825 and 1832, Pushkin’s famous novel in verse, Eugene Onegin, was serialized. Now a classic of Russian letters, its eponymous protagonist has served as the model for numerous other Russian literary heroes. In 1831, he met another future great of Russian literature, Nikolai Gogol, and helped publicize much of his work. However, just six years later, the notoriously short-tempered Pushkin challenged a man who had been courting his wife to a duel. The encounter left the Russian mortally wounded, and he died two days later, in February of 1837, aged just 37.

Pushkin’s legacy is vast; he is now widely considered to be the greatest Russian poet of all time, and the founder of modern Russian literature. His last home is now a much-visited museum in central St. Petersburg.

Be the first to review “Eugene Onegin” Cancel reply