Log In
This book can be found in:
Fiction | Classics
Fiction | Literary 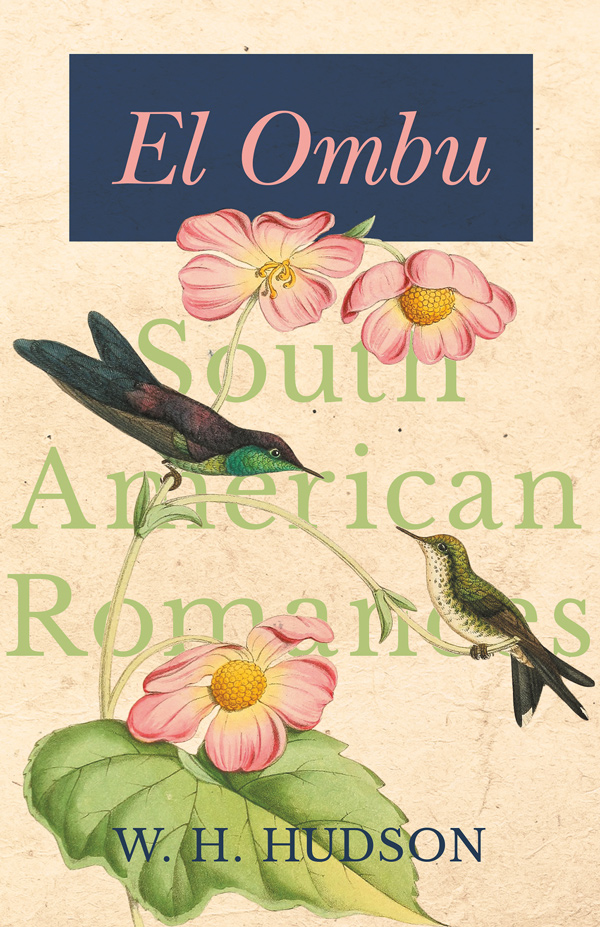 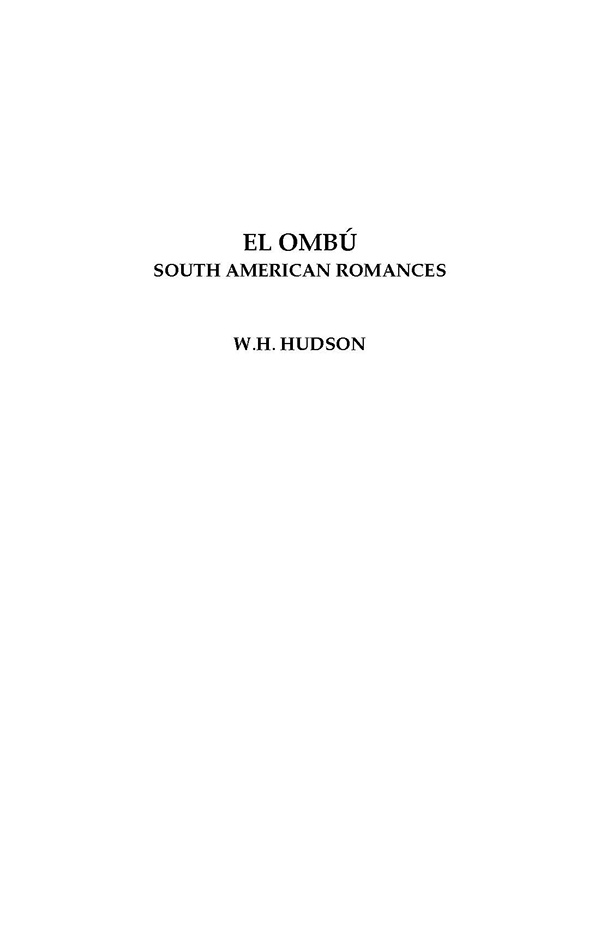 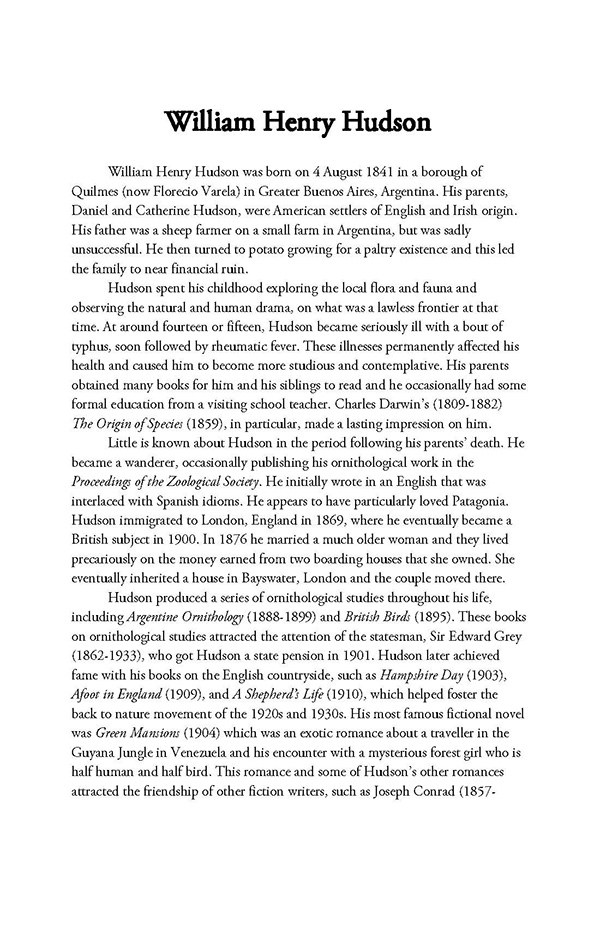 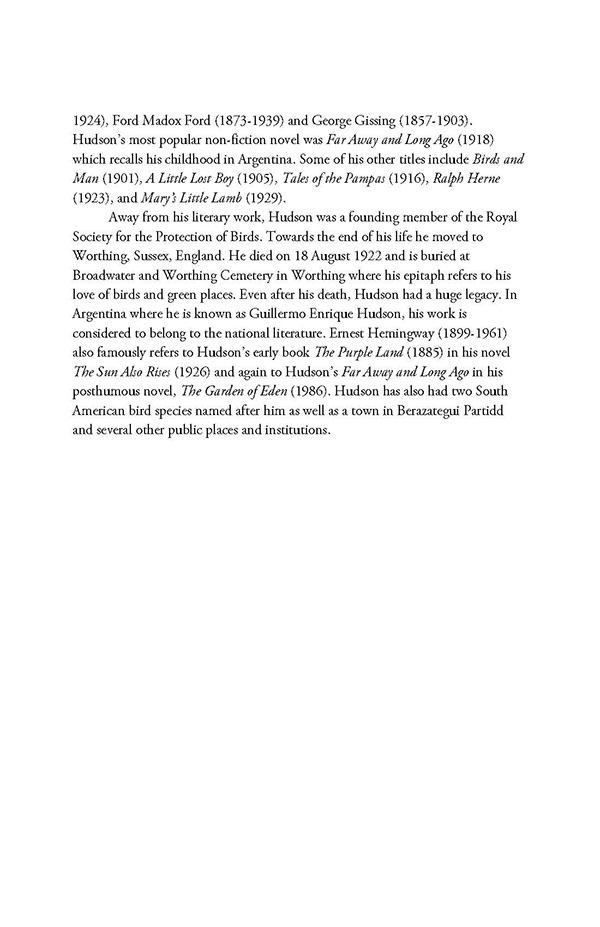 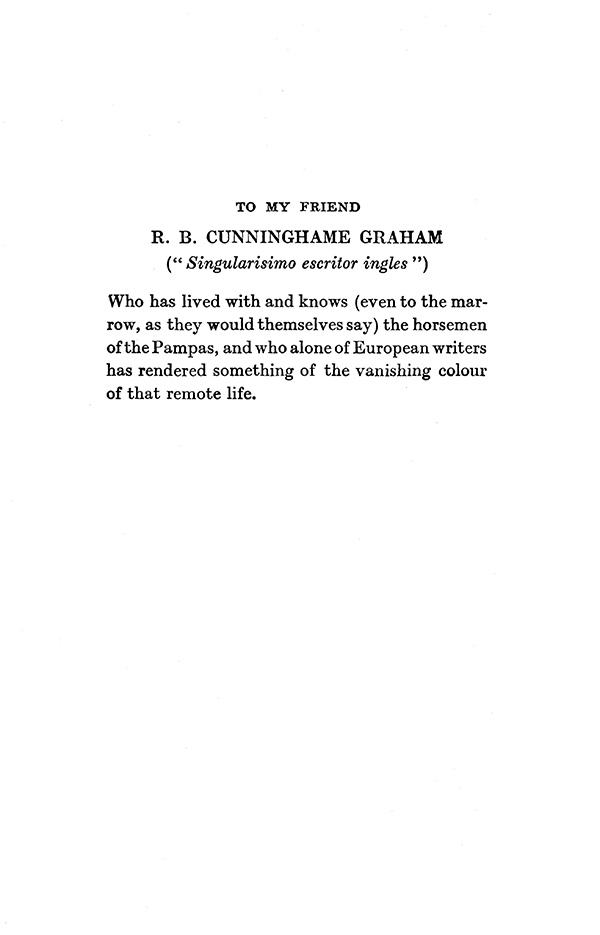 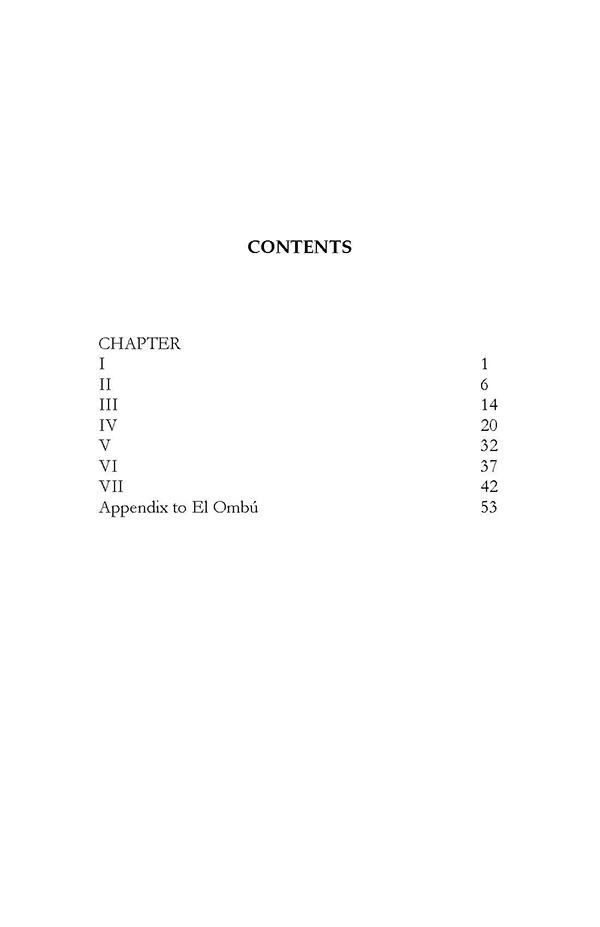 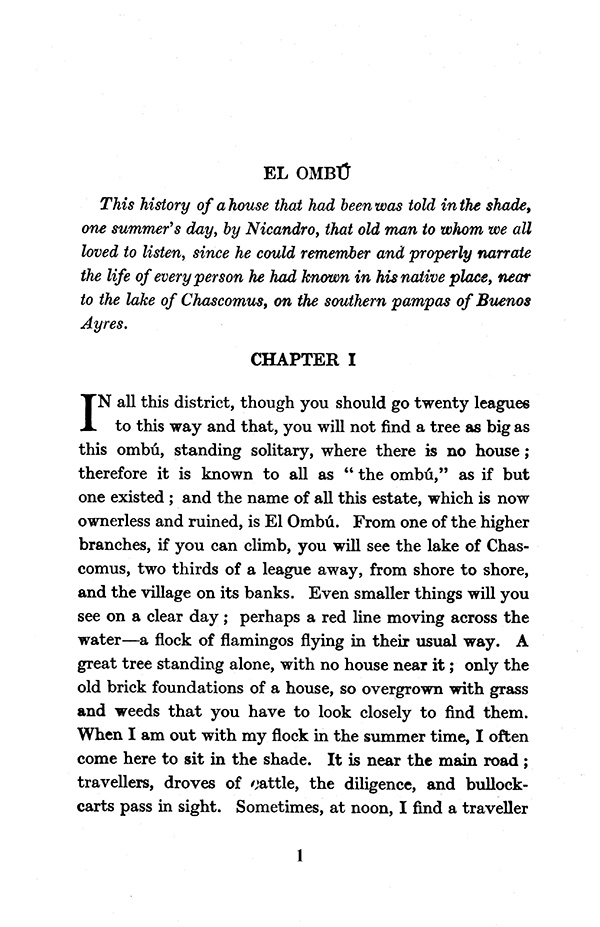 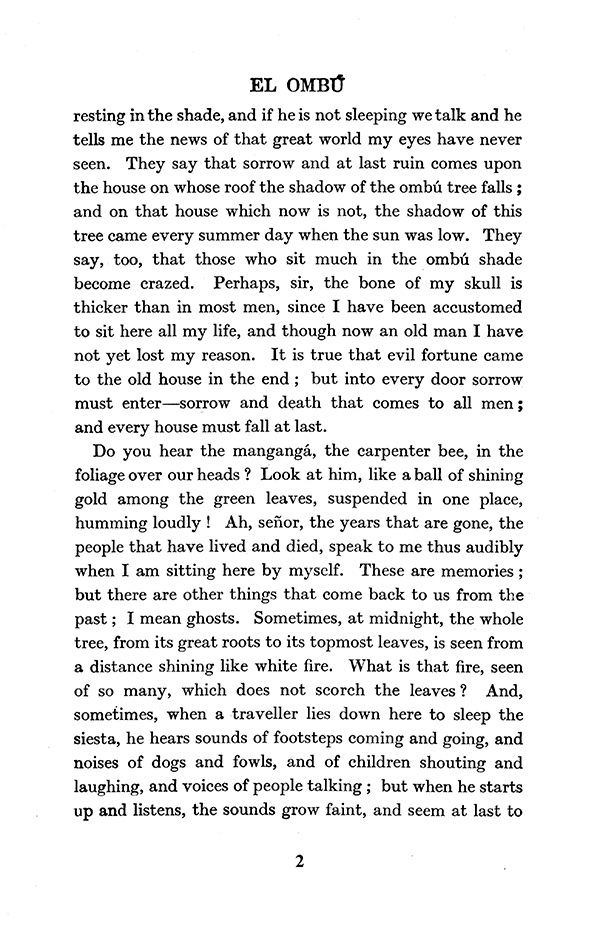 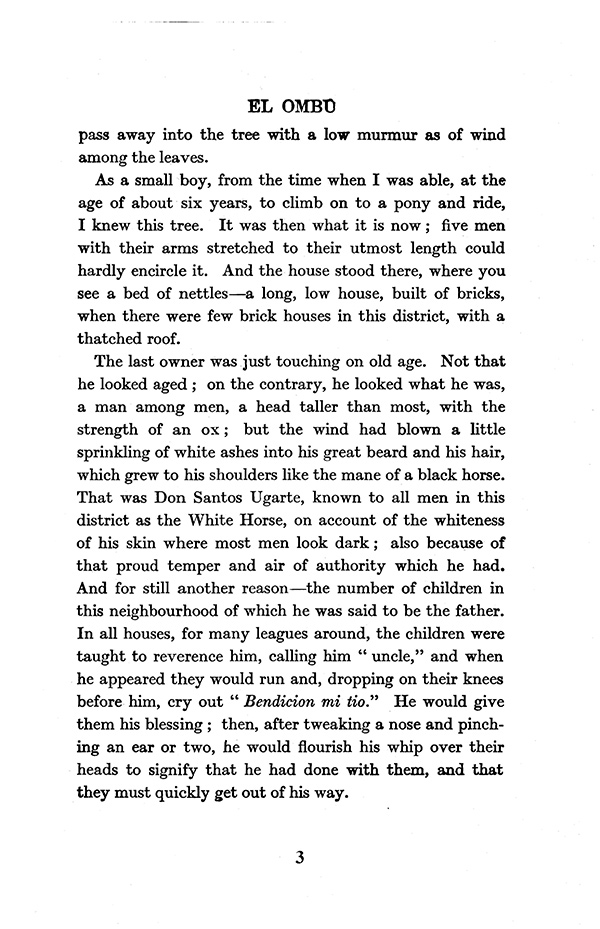 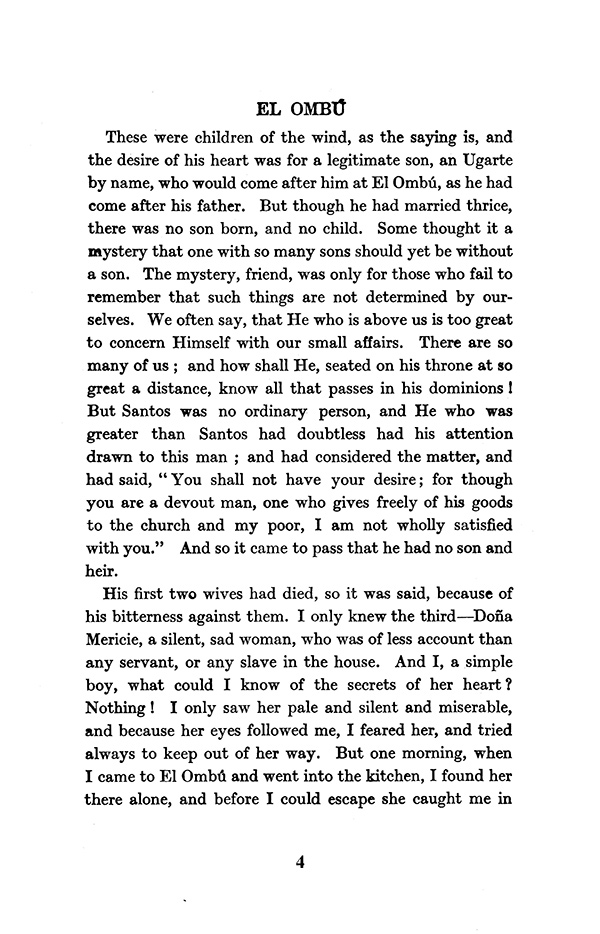 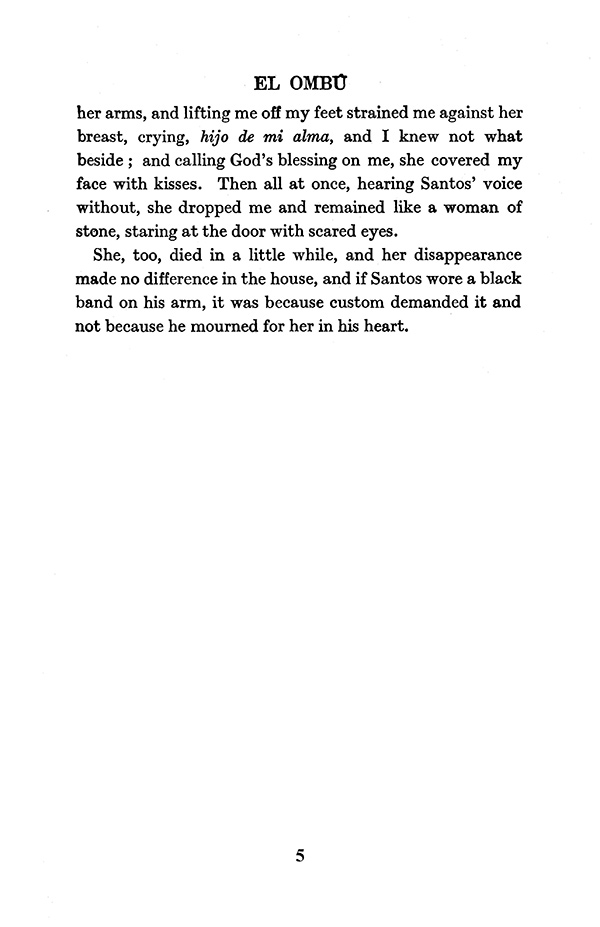 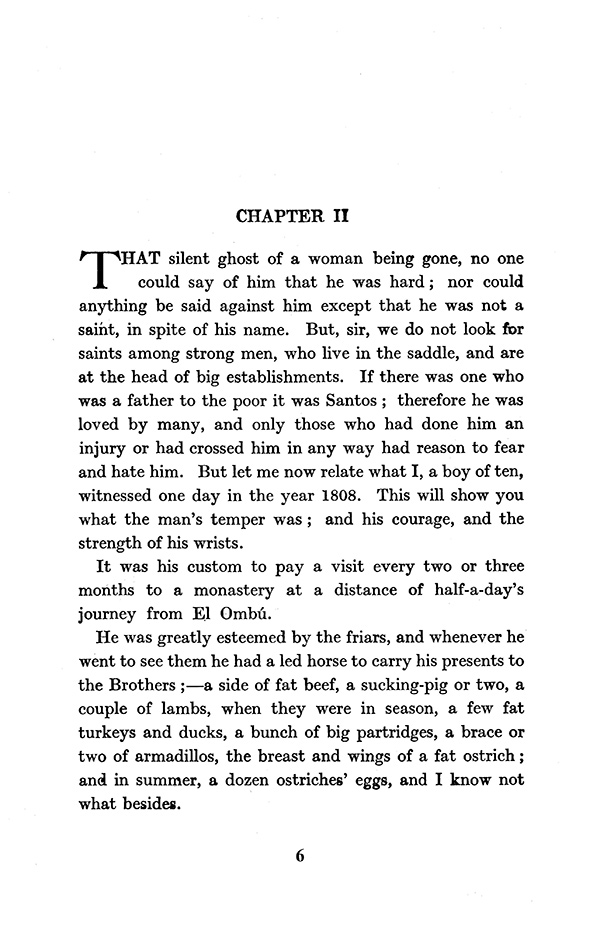 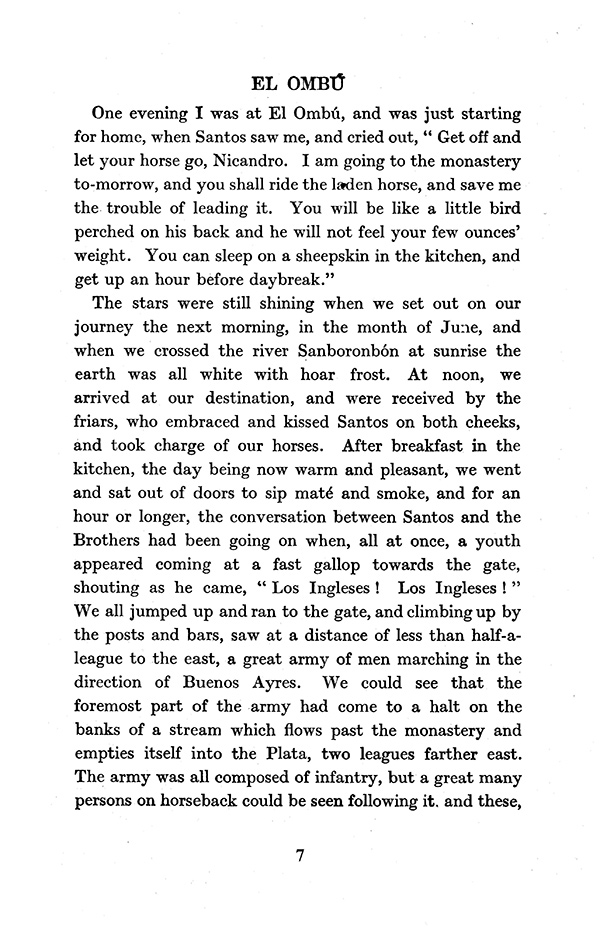 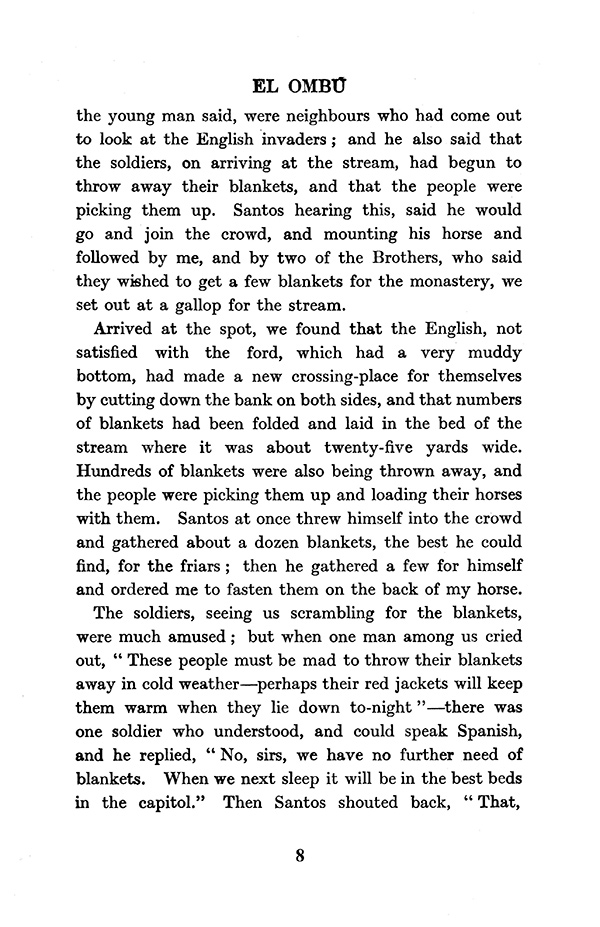 Part of Hudson’s fantastic South American Romances Series. The tale revolves around an old man who recounts his life story and the notable encounters he has had with various people during the long time he spent living on and around a rural estate in colonial Argentina.

“El Ombu” is a short story by Argentinian writer William Hudson. The tale revolves around an old man who recounts his life story and the notable encounters he has had with various people during the long time he spent living on and around a rural estate in colonial Argentina. This book is highly recommend for fans of folklore and short stories and those with an interest in Argentinian history. William Henry Hudson (1841–1922) was an Argentinian ornithologist and nature writer. Other notable works by this author include: “Argentine Ornithology” (1888-1899), “British Birds” (1895), and “Hampshire Day” (1903). Many vintage books such as this are increasingly scarce and expensive. It is with this in mind that we are republishing this volume now in an affordable, modern, high-quality edition complete with a specially-commissioned new biography of the author.

William Henry Hudson was born on 4 August 1841 in a borough of Quilmes (now Florecio Varela) in Greater Buenos Aires, Argentina. His parents, Daniel and Catherine Hudson, were American settlers of English and Irish origin. His father was a sheep farmer on a small farm in Argentina, but was sadly unsuccessful. He then turned to potato growing for a paltry existence and this led the family to near financial ruin.

Hudson spent his childhood exploring the local flora and fauna and observing the natural and human drama, on what was a lawless frontier at that time. At around fourteen or fifteen, Hudson became seriously ill with a bout of typhus, soon followed by rheumatic fever. These illnesses permanently affected his health and caused him to become more studious and contemplative. His parents obtained many books for him and his siblings to read and he occasionally had some formal education from a visiting school teacher. Charles Darwin’s (1809-1882) The Origin of Species (1859), in particular, made a lasting impression on him.

Little is known about Hudson in the period following his parents’ death. He became a wanderer, occasionally publishing his ornithological work in the Proceedings of the Zoological Society. He initially wrote in an English that was interlaced with Spanish idioms. He appears to have particularly loved Patagonia. Hudson immigrated to London, England in 1869, where he eventually became a British subject in 1900. In 1876 he married a much older woman and they lived precariously on the money earned from two boarding houses that she owned. She eventually inherited a house in Bayswater, London and the couple moved there.

Hudson produced a series of ornithological studies throughout his life, including Argentine Ornithology (1888-1899) and British Birds (1895). These books on ornithological studies attracted the attention of the statesman, Sir Edward Grey (1862-1933), who got Hudson a state pension in 1901. Hudson later achieved fame with his books on the English countryside, such as Hampshire Day (1903), Afoot in England (1909), and A Shepherd’s Life (1910), which helped foster the back to nature movement of the 1920s and 1930s. His most famous fictional novel was Green Mansions (1904) which was an exotic romance about a traveller in the Guyana Jungle in Venezuela and his encounter with a mysterious forest girl who is half human and half bird. This romance and some of Hudson’s other romances attracted the friendship of other fiction writers, such as Joseph Conrad (1857-1924), Ford Madox Ford (1873-1939) and George Gissing (1857-1903). Hudson’s most popular non-fiction novel was Far Away and Long Ago (1918) which recalls his childhood in Argentina. Some of his other titles include Birds and Man (1901), A Little Lost Boy (1905), Tales of the Pampas (1916), Ralph Herne (1923), and Mary’s Little Lamb (1929).

Away from his literary work, Hudson was a founding member of the Royal Society for the Protection of Birds. Towards the end of his life he moved to Worthing, Sussex, England. He died on 18 August 1922 and is buried at Broadwater and Worthing Cemetery in Worthing where his epitaph refers to his love of birds and green places. Even after his death, Hudson had a huge legacy. In Argentina where he is known as Guillermo Enrique Hudson, his work is considered to belong to the national literature. Ernest Hemingway (1899-1961) also famously refers to Hudson’s early book The Purple Land (1885) in his novel The Sun Also Rises (1926) and again to Hudson’s Far Away and Long Ago in his posthumous novel, The Garden of Eden (1986). Hudson has also had two South American bird species named after him as well as a town in Berazategui Partidd and several other public places and institutions.

Be the first to review “El Ombu” Cancel reply

The Custom of the Country